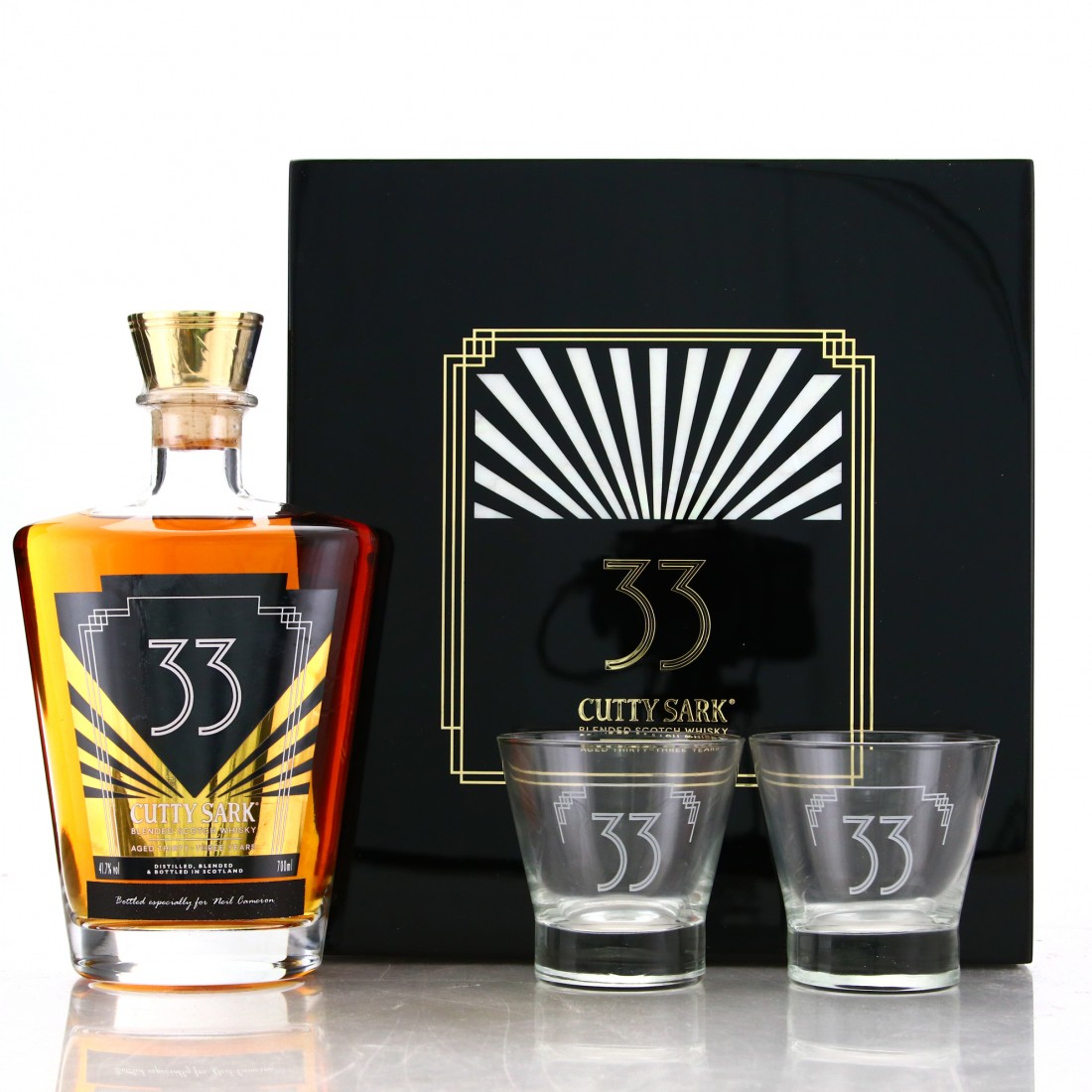 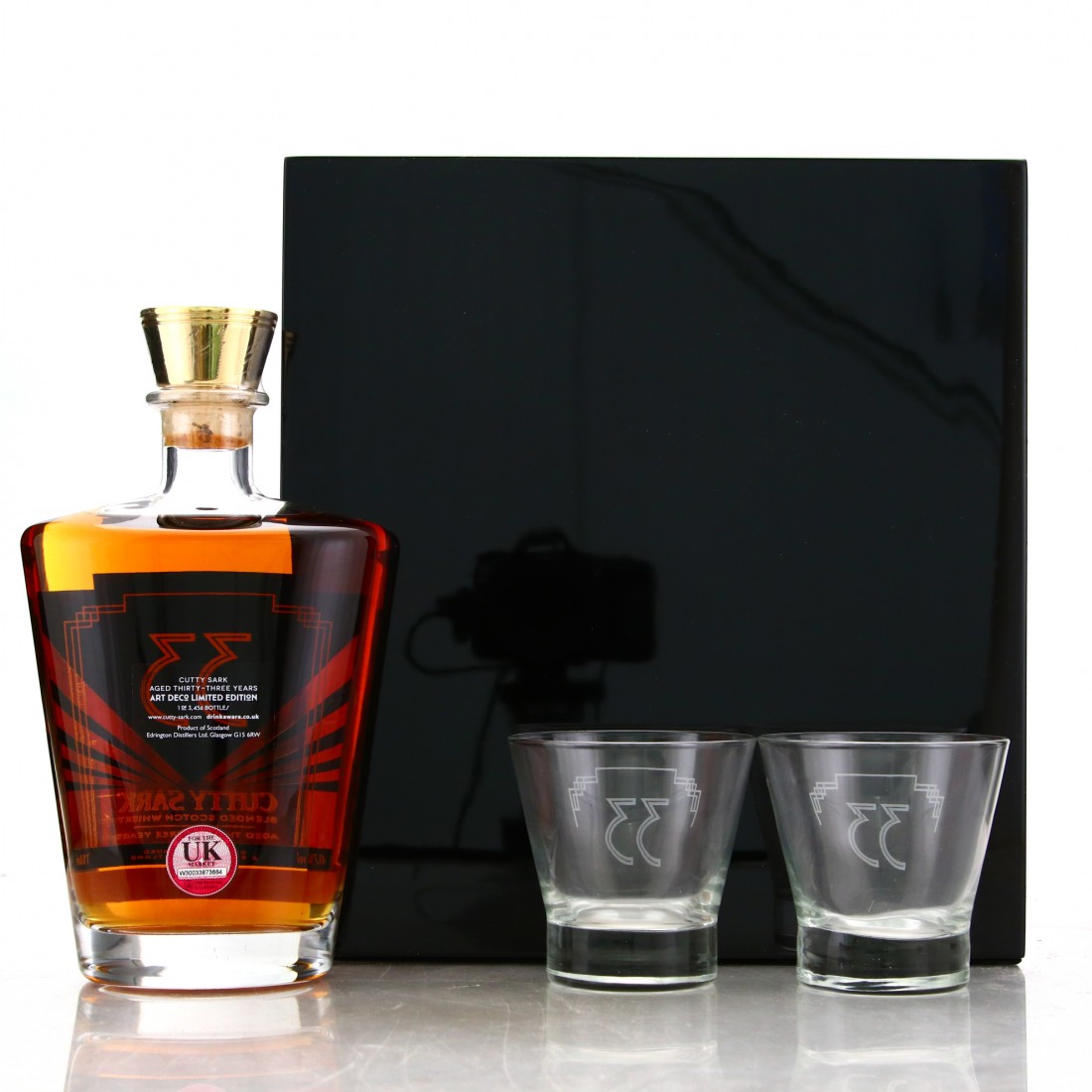 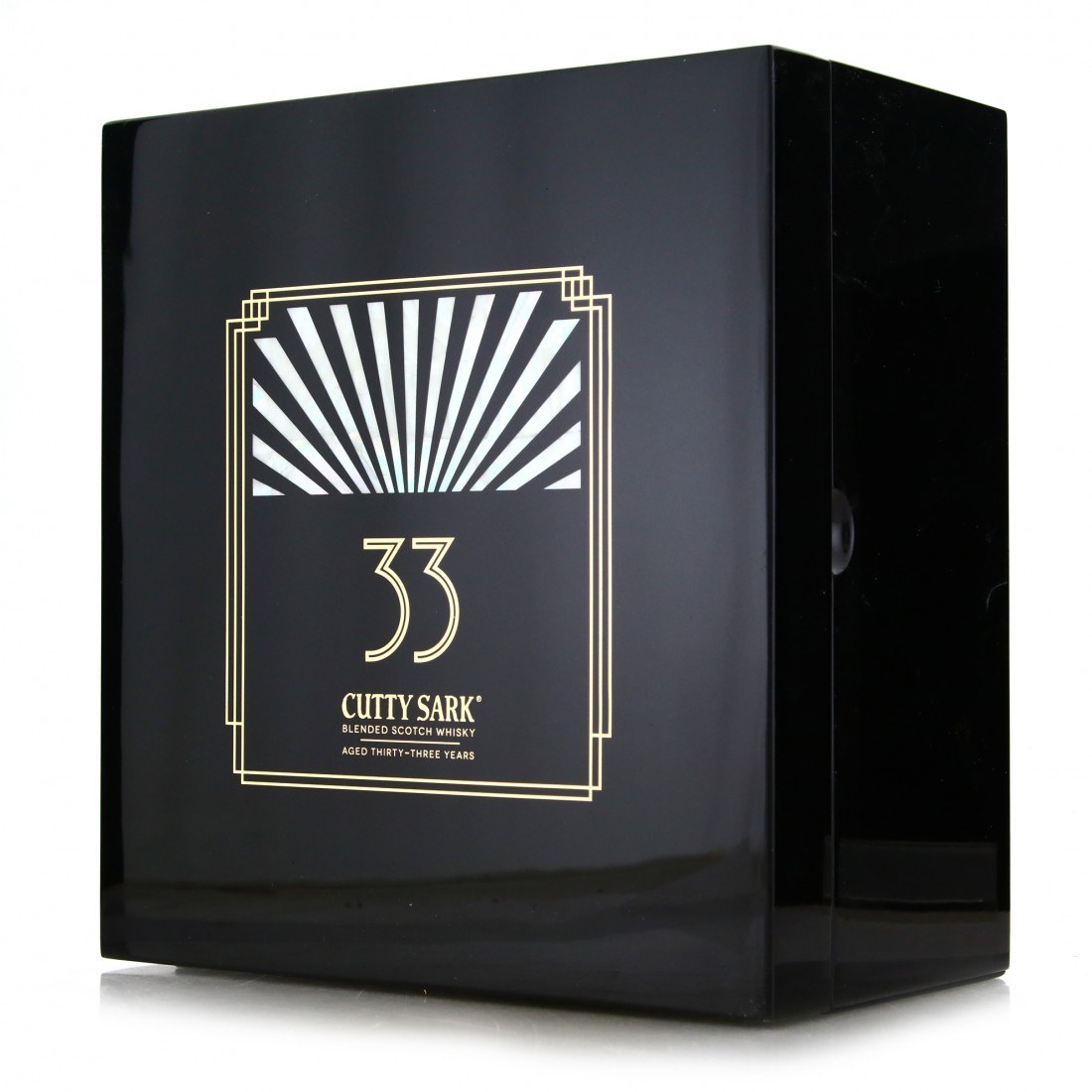 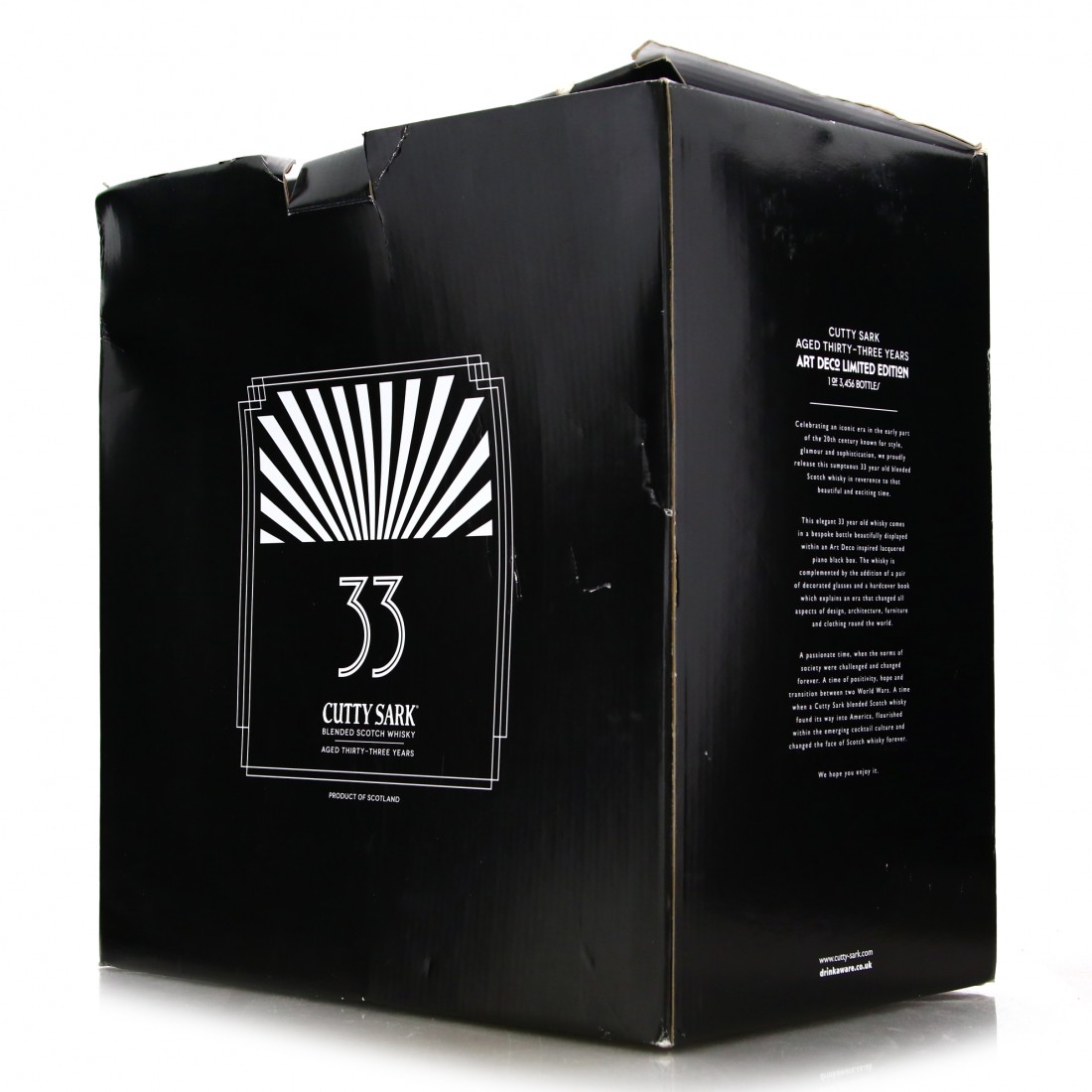 Winning Bid: £450
(Reserve has been met) This lot currently has: 2 bids

The Cutty Sark blend was devised in 1923 by Berry Brothers & Rudd, the esteemed London wine-merchant. This was blended and bottled by Edrington, who owned the brand between 2010 and 2018, when they sold it on to La Martinquaise.

Released in 2014, this impressive release of Cutty Sark was aged for 33 years and presented in a striking Art Deco bottle and case, along with two branded tumblers.