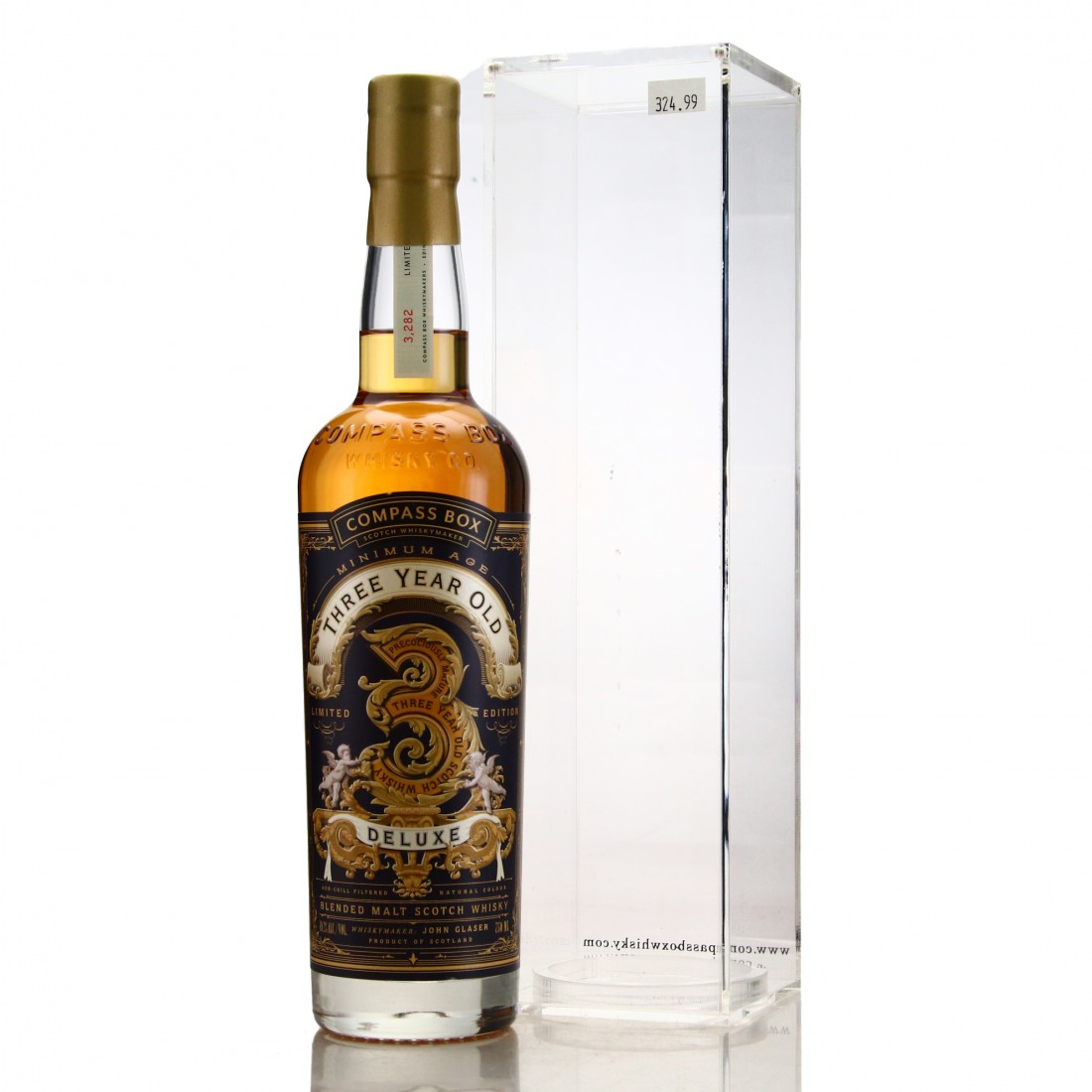 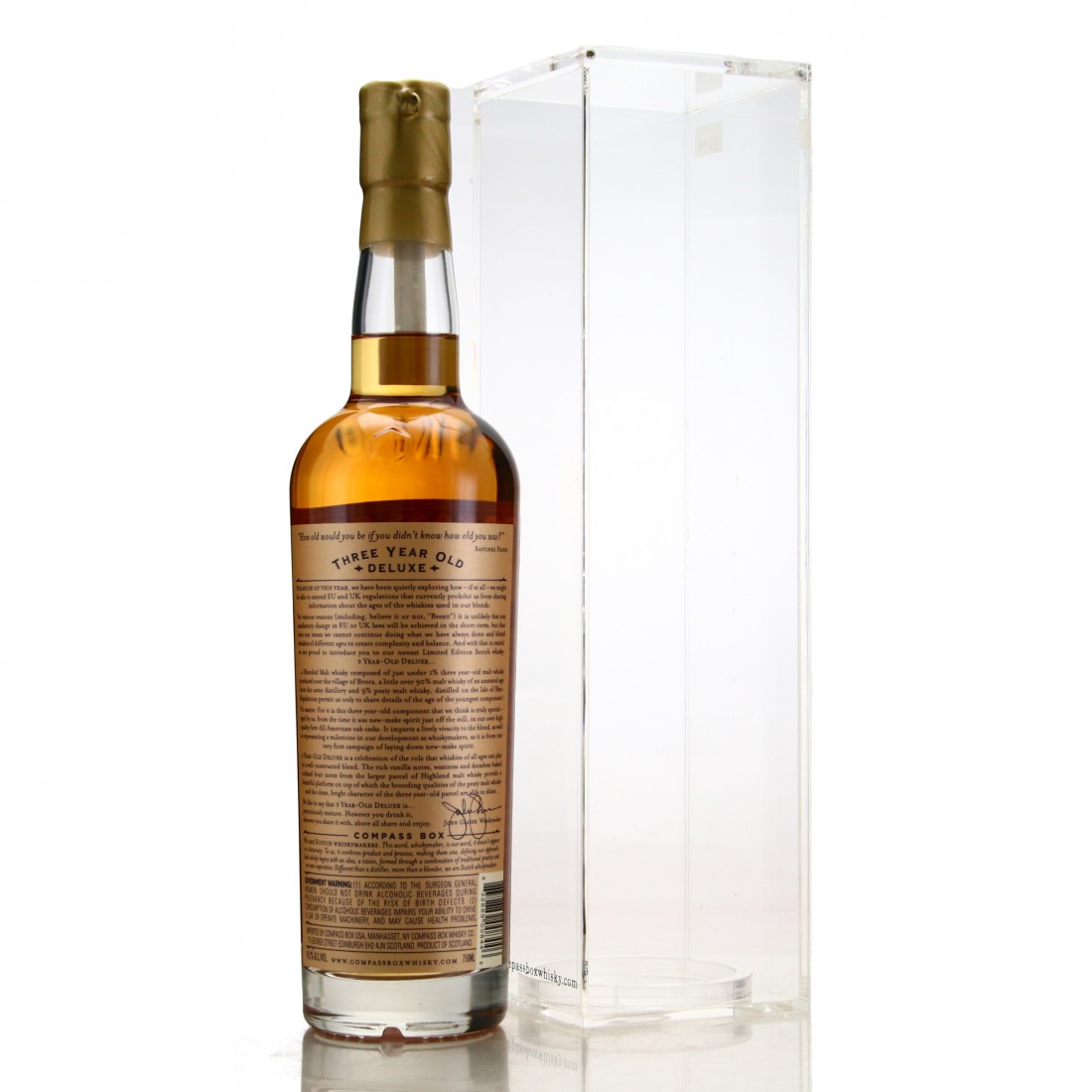 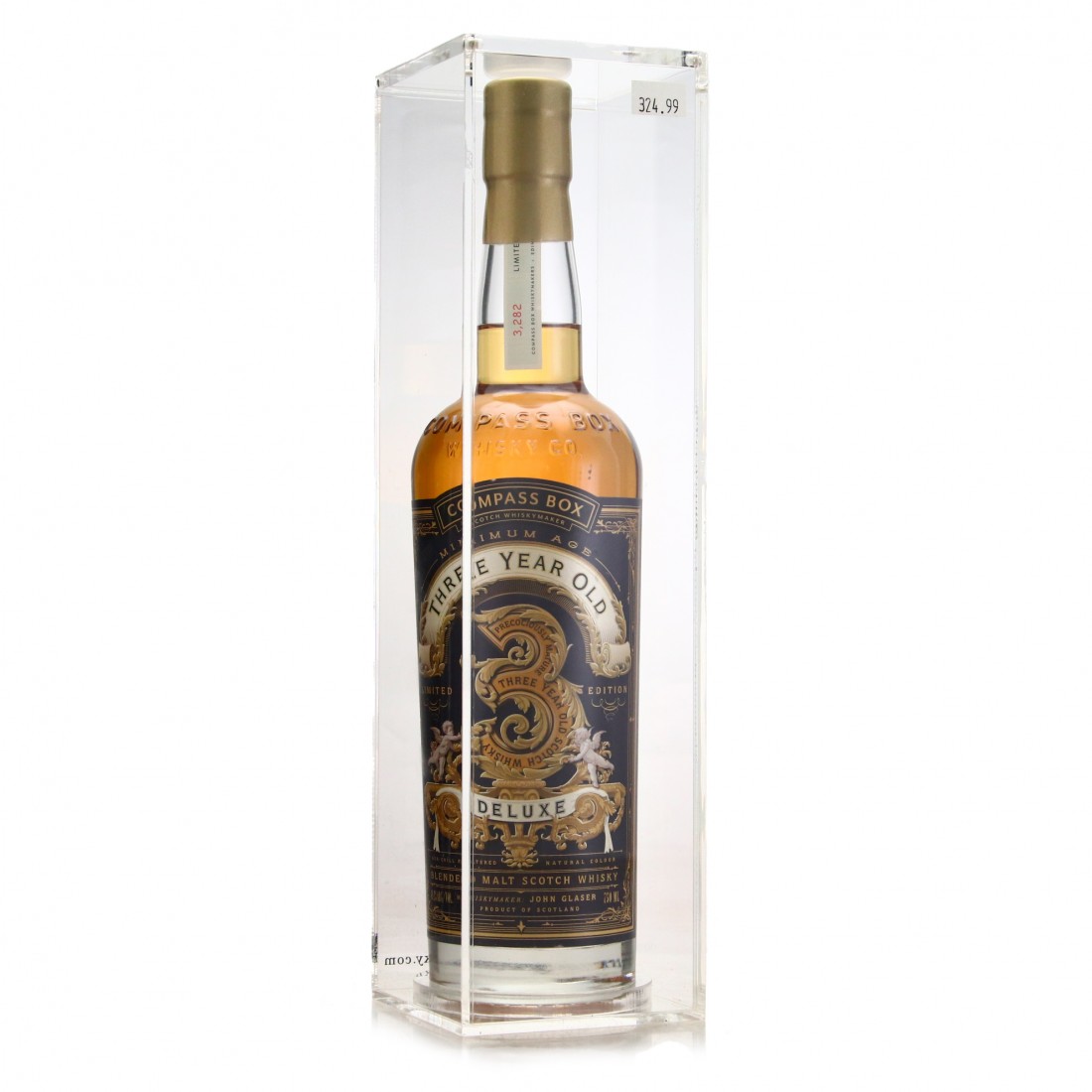 This was a typically rebellious bottling of Scotch whisky from Compass Box. Taking aim at UK and EU restrictions on stating the ages of component whiskies in blends (other than the youngest), here we have the Compass Box 3 Year Old Deluxe.

The 3 year old whisky in the blend comprises only 1%, and was distilled near the town of Brora, which for now can only mean Clynelish. 90% of the blend is older whisky from the same distillery, with some Talisker in the mix too.

The 3 year old was matured fully by Compass Box in their warehouses, in first fill American oak casks.