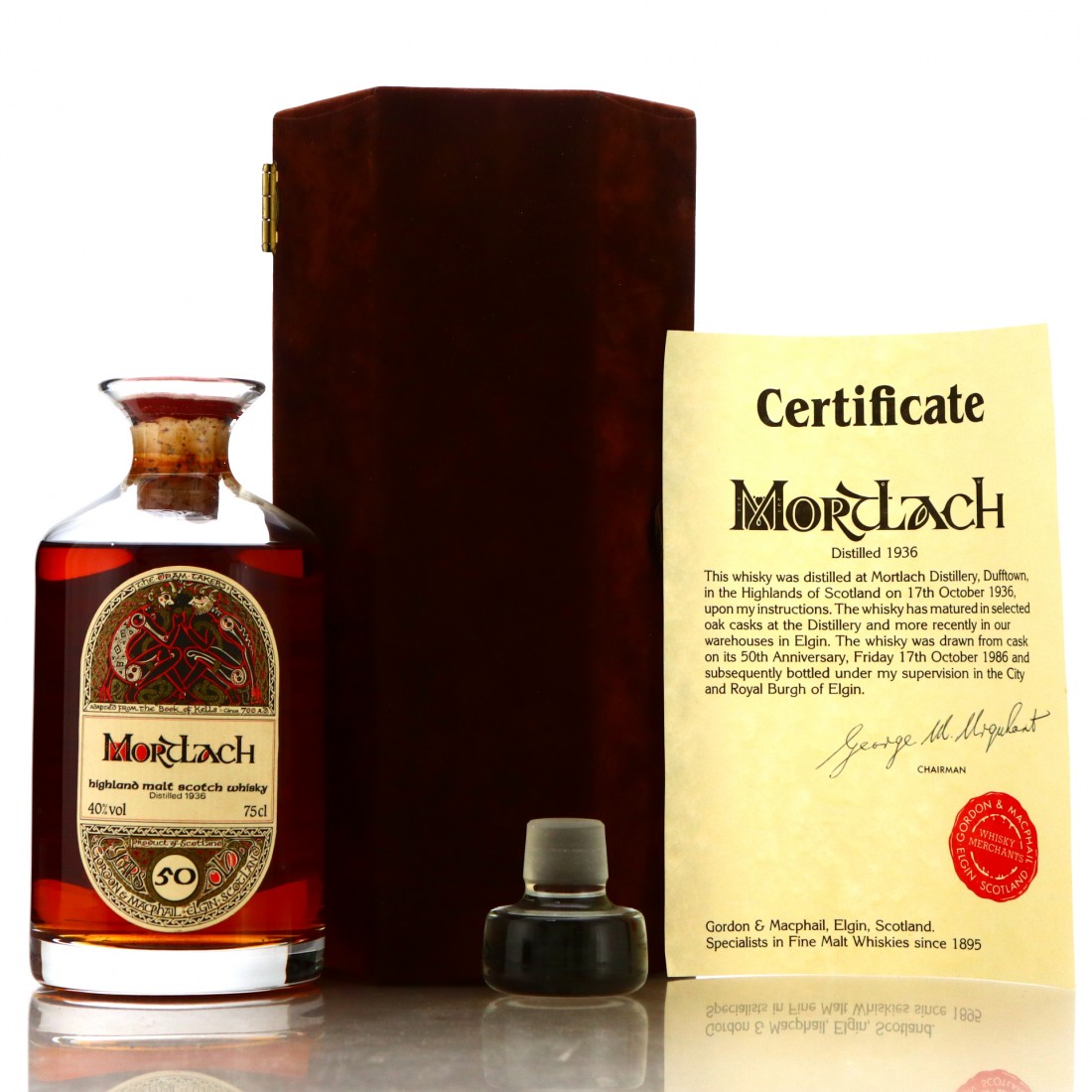 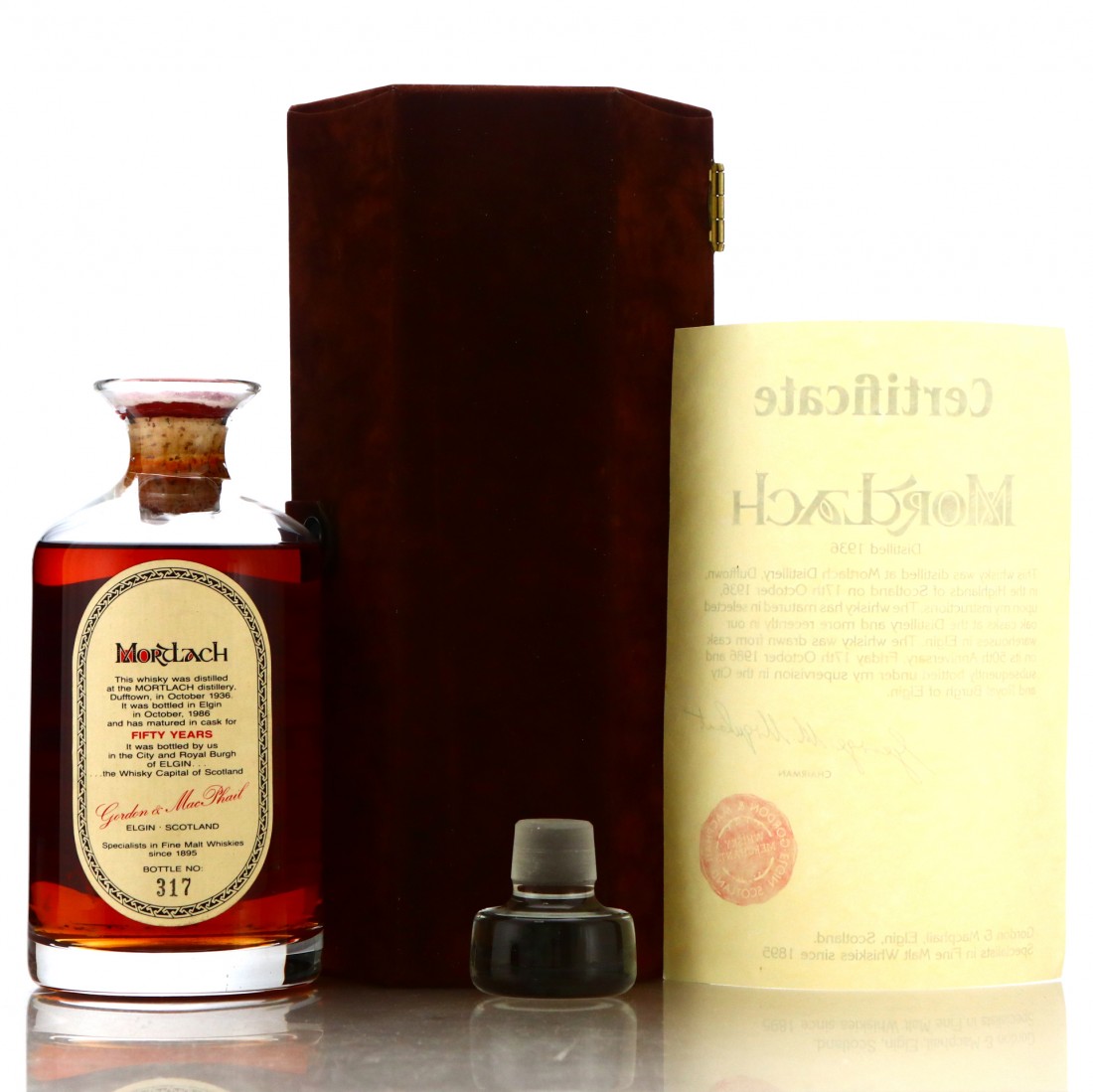 This pre-war vintage Mortlach was distilled in 1936 and bottled by Gordon & MacPhail on its 50th anniversary in October 1986.

Bearing label art based on the mediaeval, illuminated manuscript for which the series is named, the liquid was drawn from several oak casks, all distilled way back in 1936. Bottled in a hand-made crystal decanter.