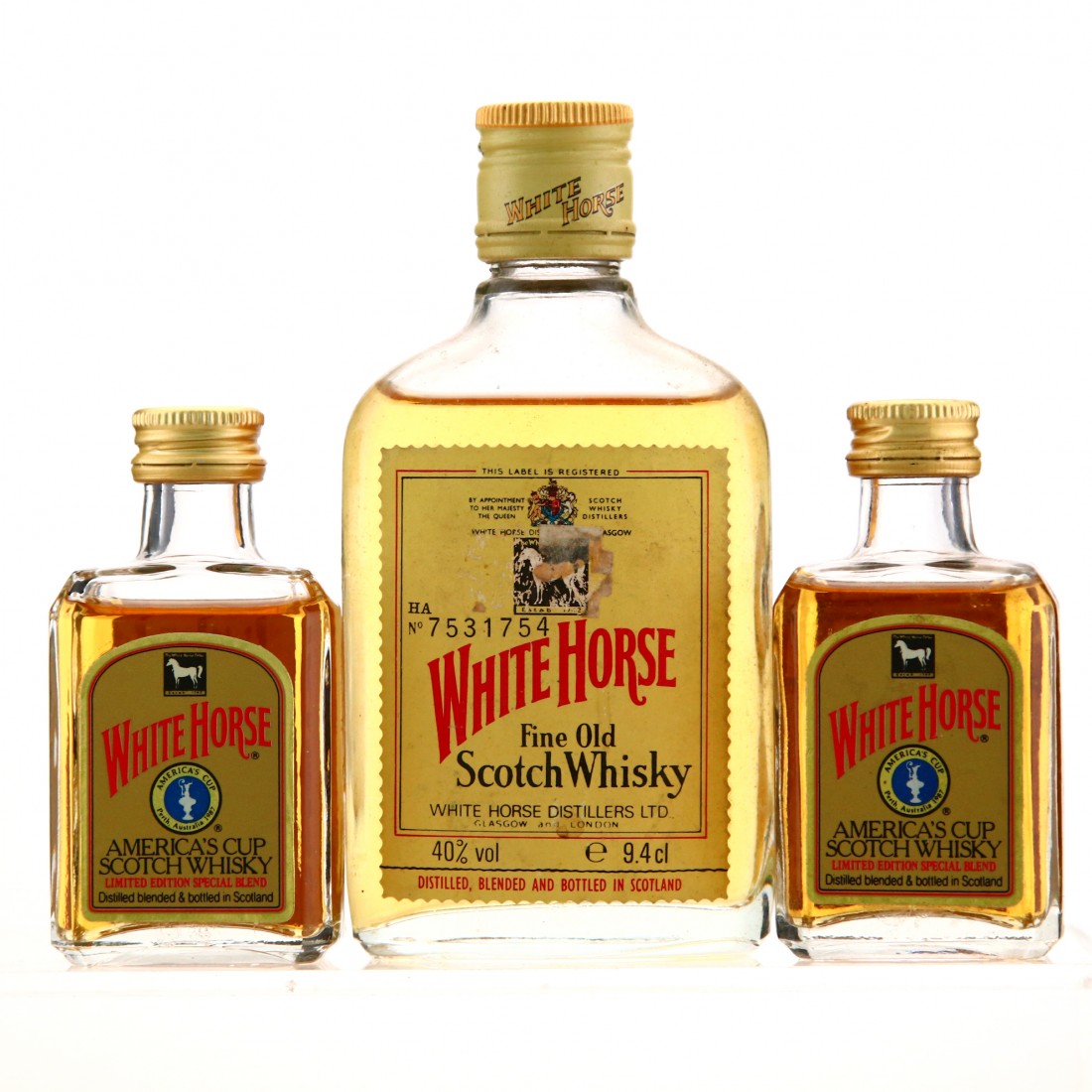 Two miniatures bottled by White Horse and a 9.4cl bottling.