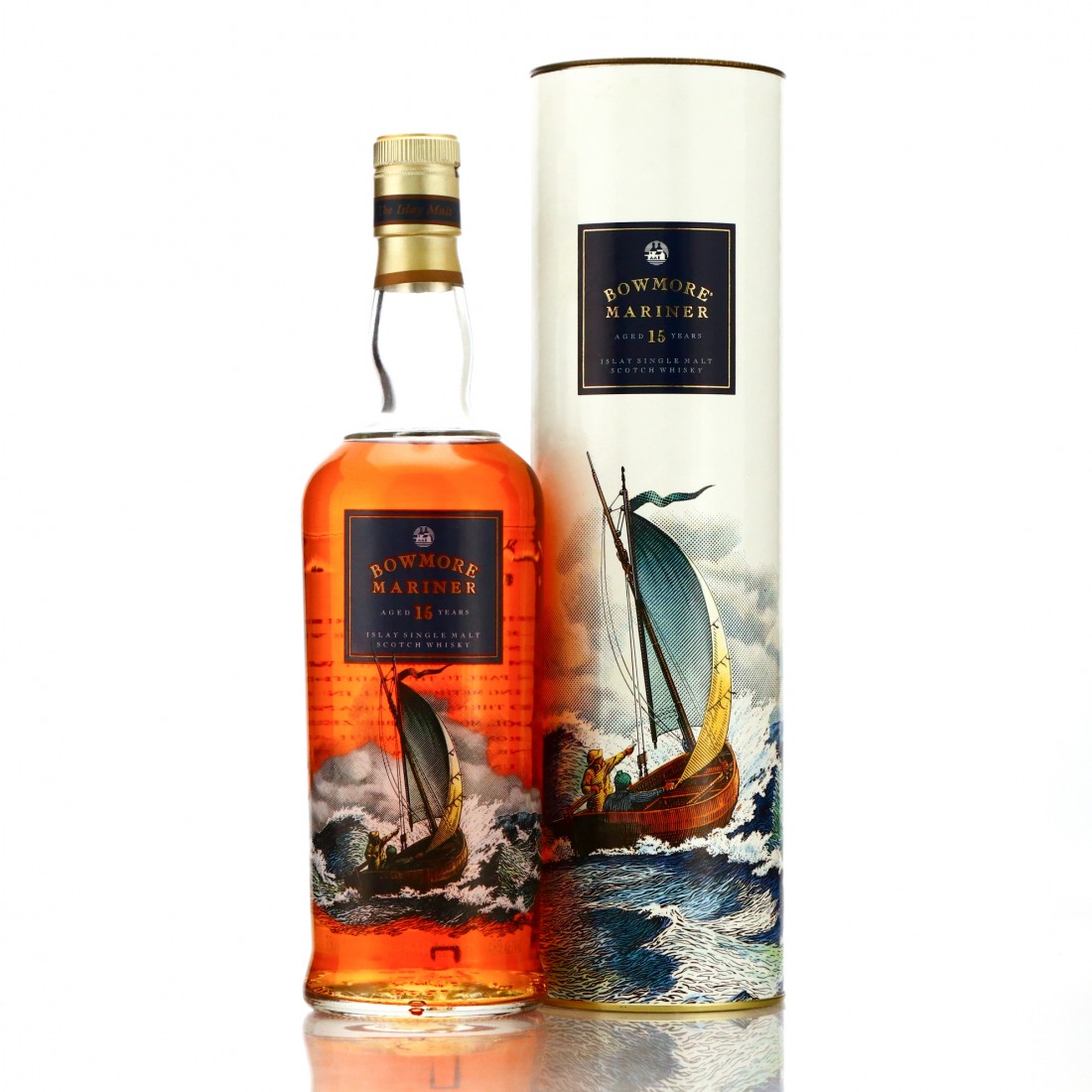 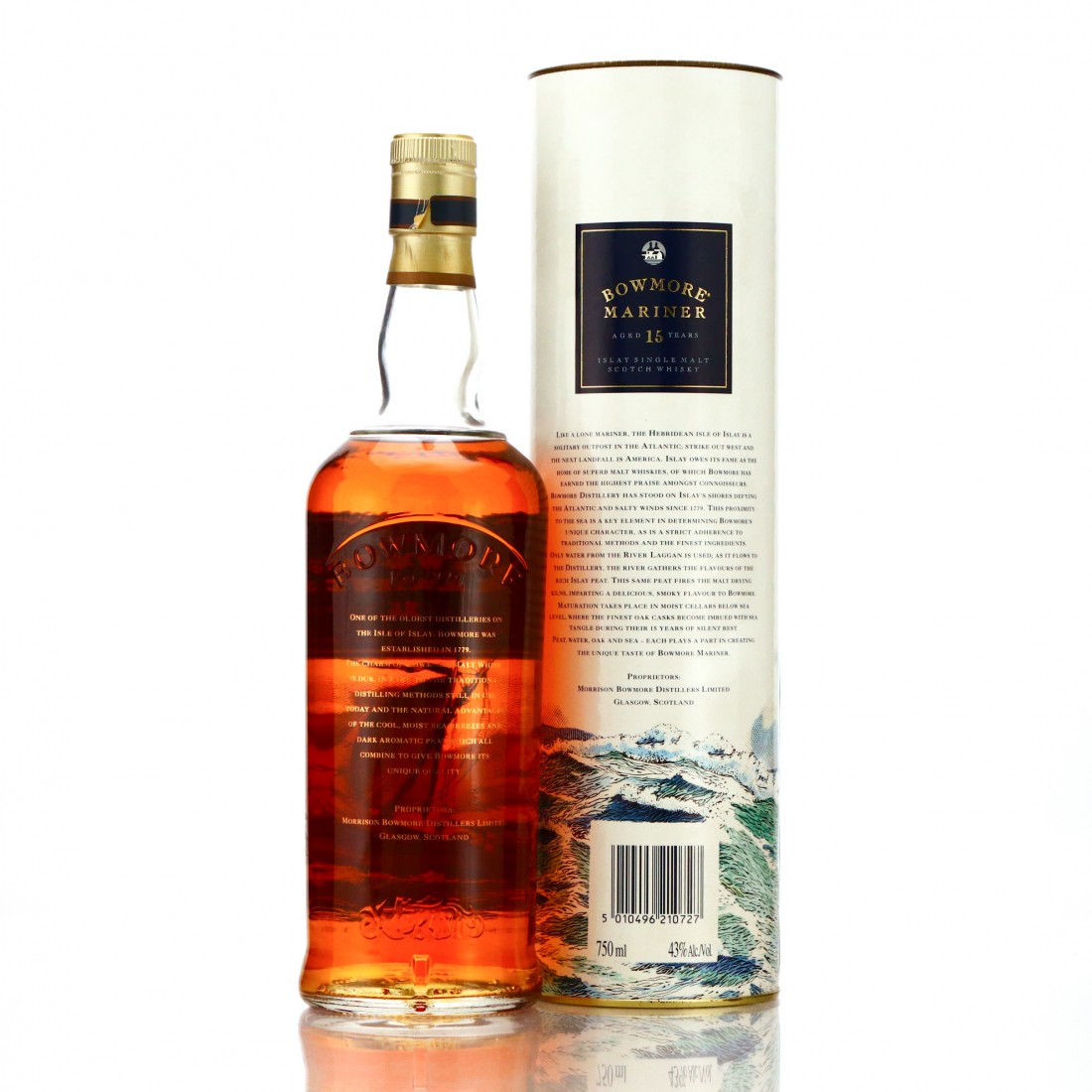 The Mariner is a 15 year old expression, introduced to the distillery's core range in the early 1990s. This version of the product was produced until 2007 when it was repackaged as a travel retail exclusive alongside the 17 year old and popular Cask Strength offering. All three were eventually discontinued in 2014.

These famous screen print bottlings were introduced in 1988, following the rebranding of the Stanley P. Morrison company as Morrison Bowmore Distillers, and the revamping of their distillery core ranges as a result. The classic 12 year old was joined at the time by the first appearance of the Bowmore 10 year old, with this, the travel retail Surf, Cask Strength and 17 year old added in the 1990s.