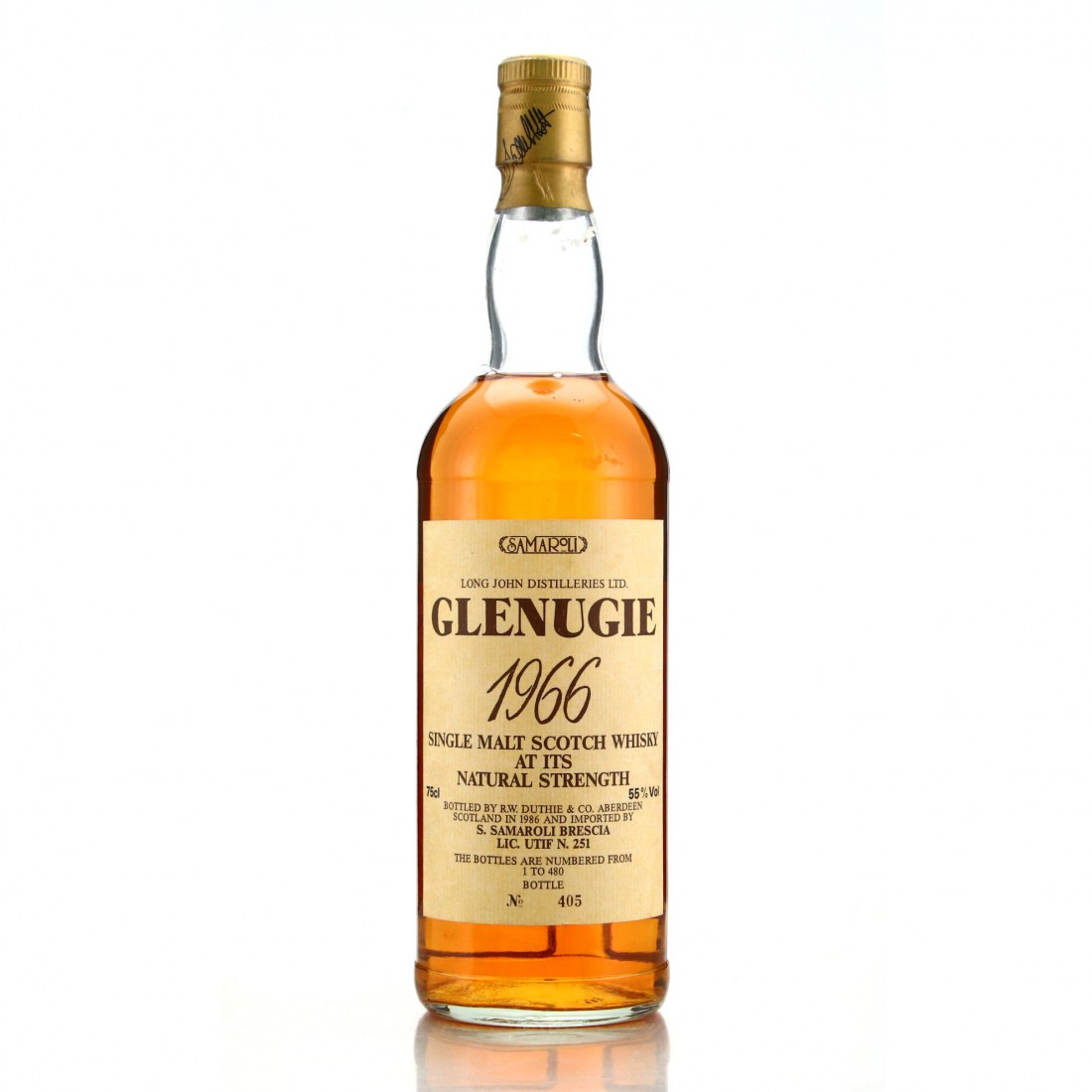 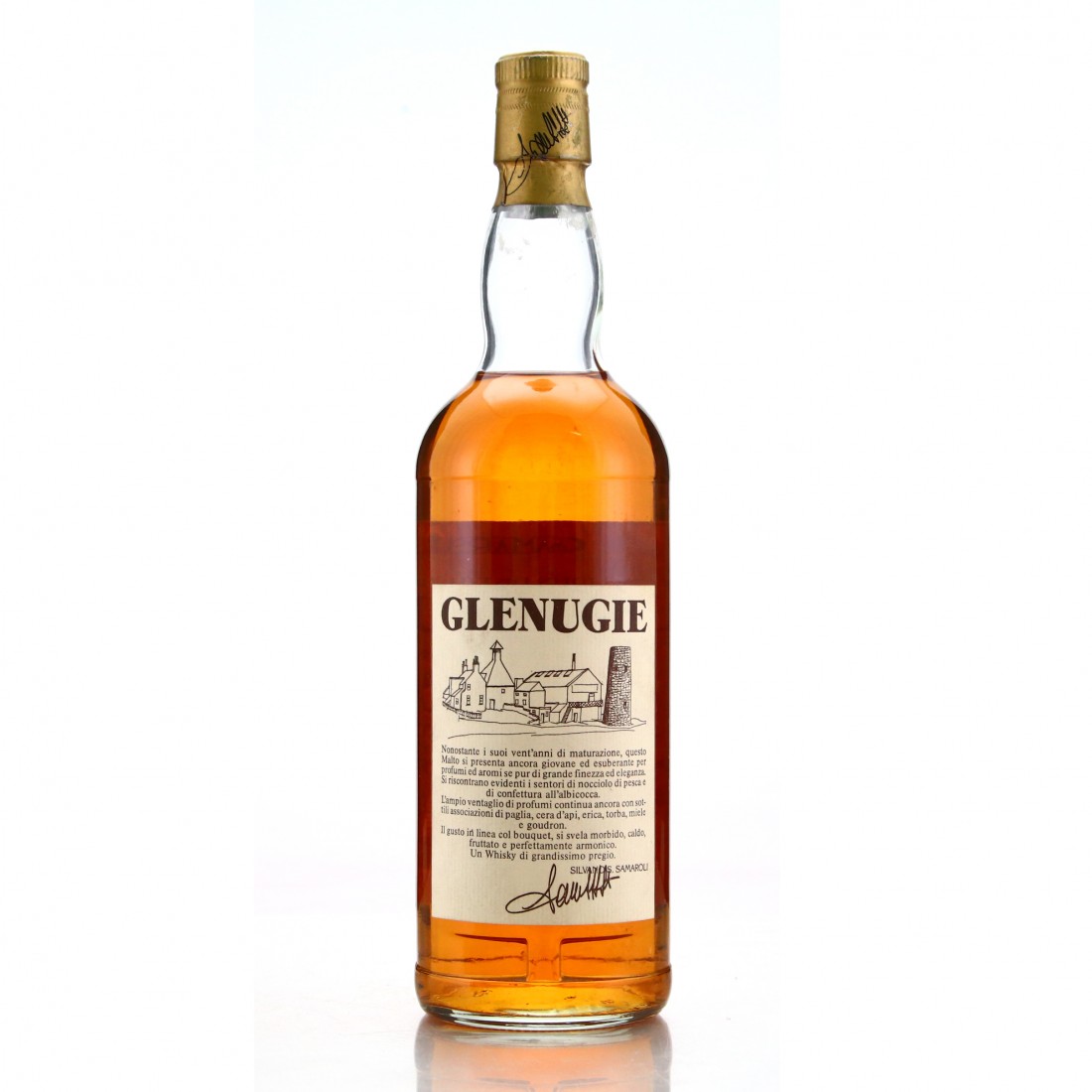 A very rare bottling of Glenugie, distilled in 1966 and bottled for Silvano Samaroli by R.W. Duthie in 1986, one of several spectacular "natural strength" releases that year.

A well-regarded distillery in its time, Glenugie was primarily tasked with providing single malt for the Long John blends. Oversupply in the 1980s saw it close, along with many others in 1983. The distillery has long since been dismantled, with its stock and brand name under ownership of Chivas Brothers. Despite this, there have been very few official bottlings, and those from independents are highly prized.