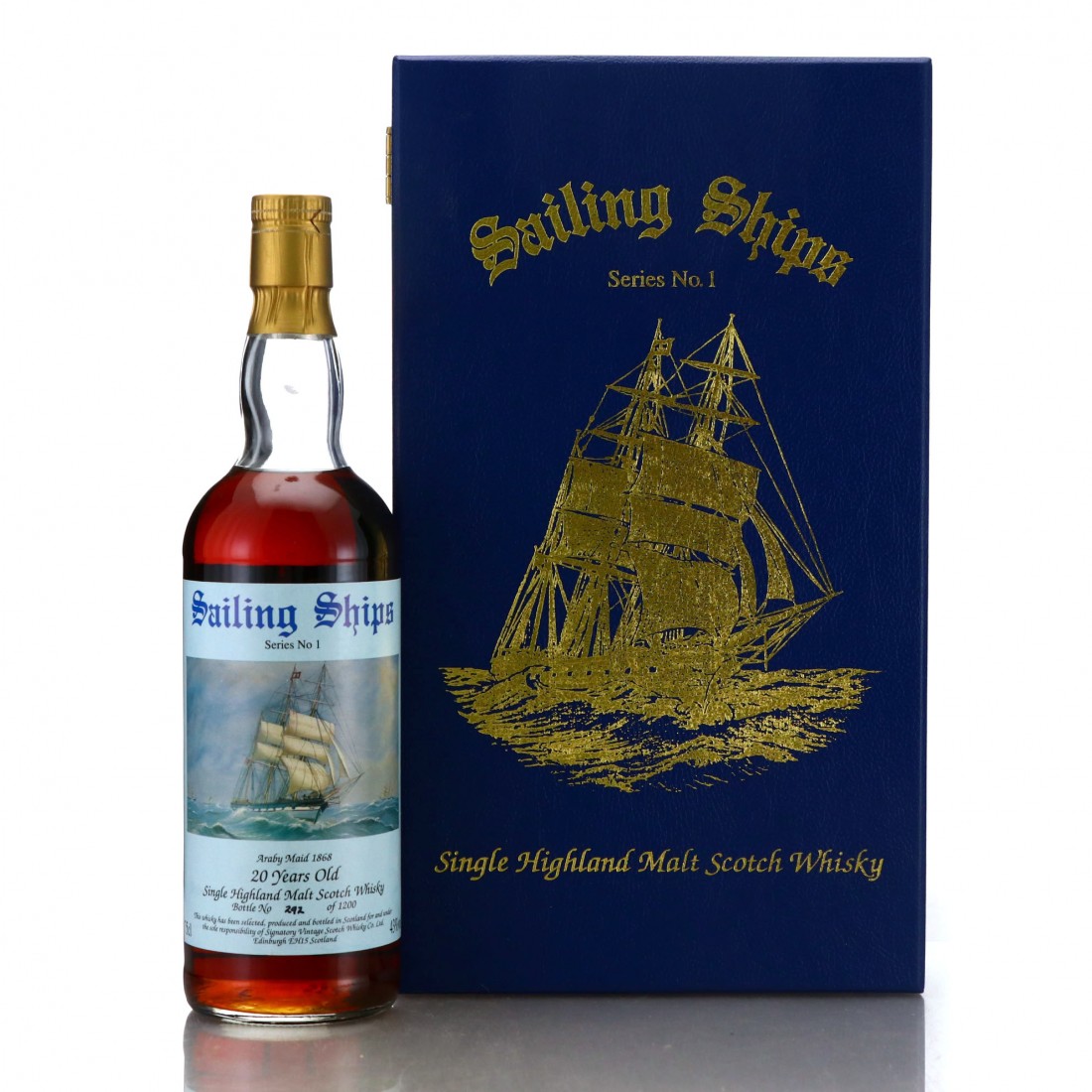 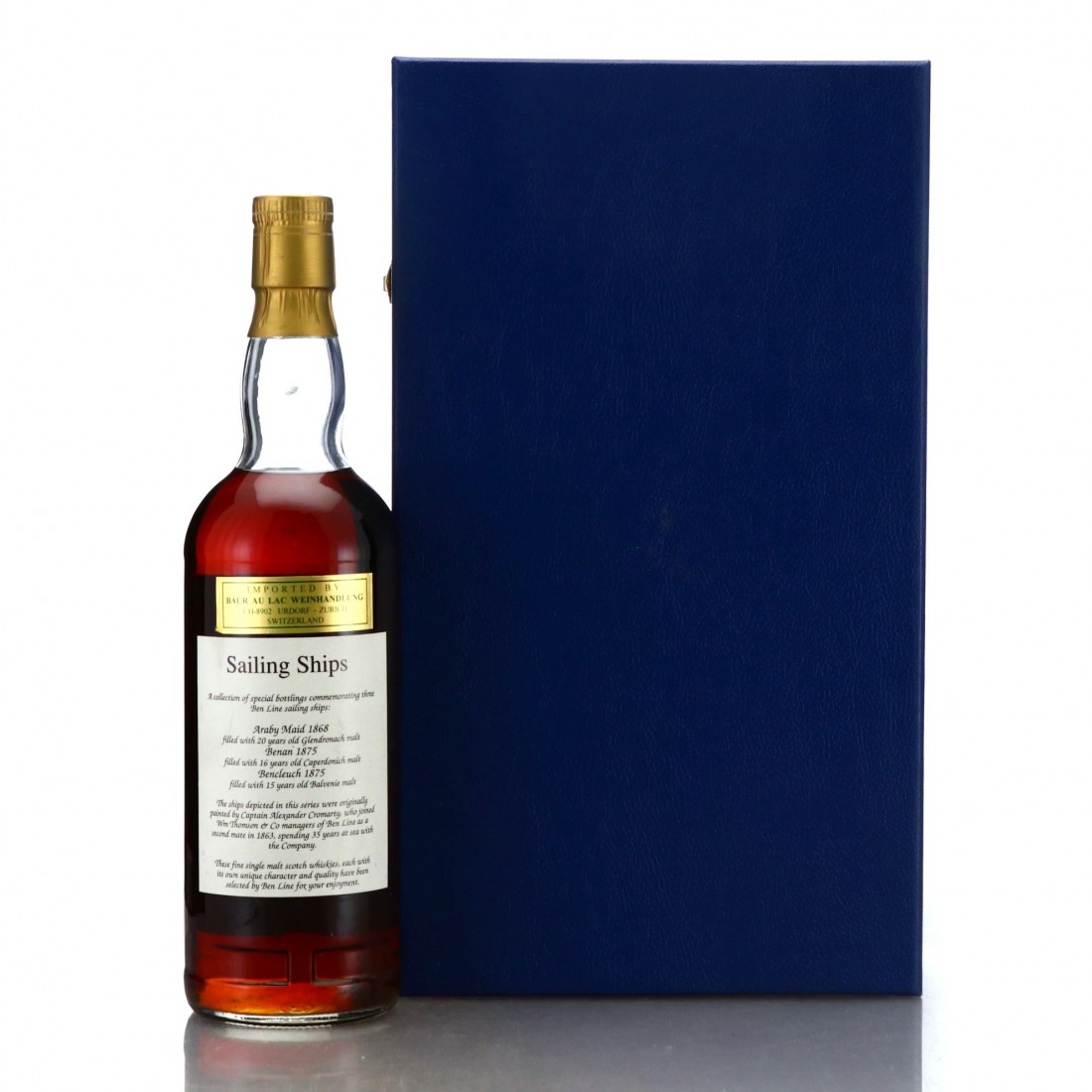 This is part of a series titled The Sailing Ships, produced by Signatory Vintage for The Ben Line. This one depicts the ship, Araby Maid, and contains a 20 year old Glendronach, drawn from two 1970 vintage sherry casks.