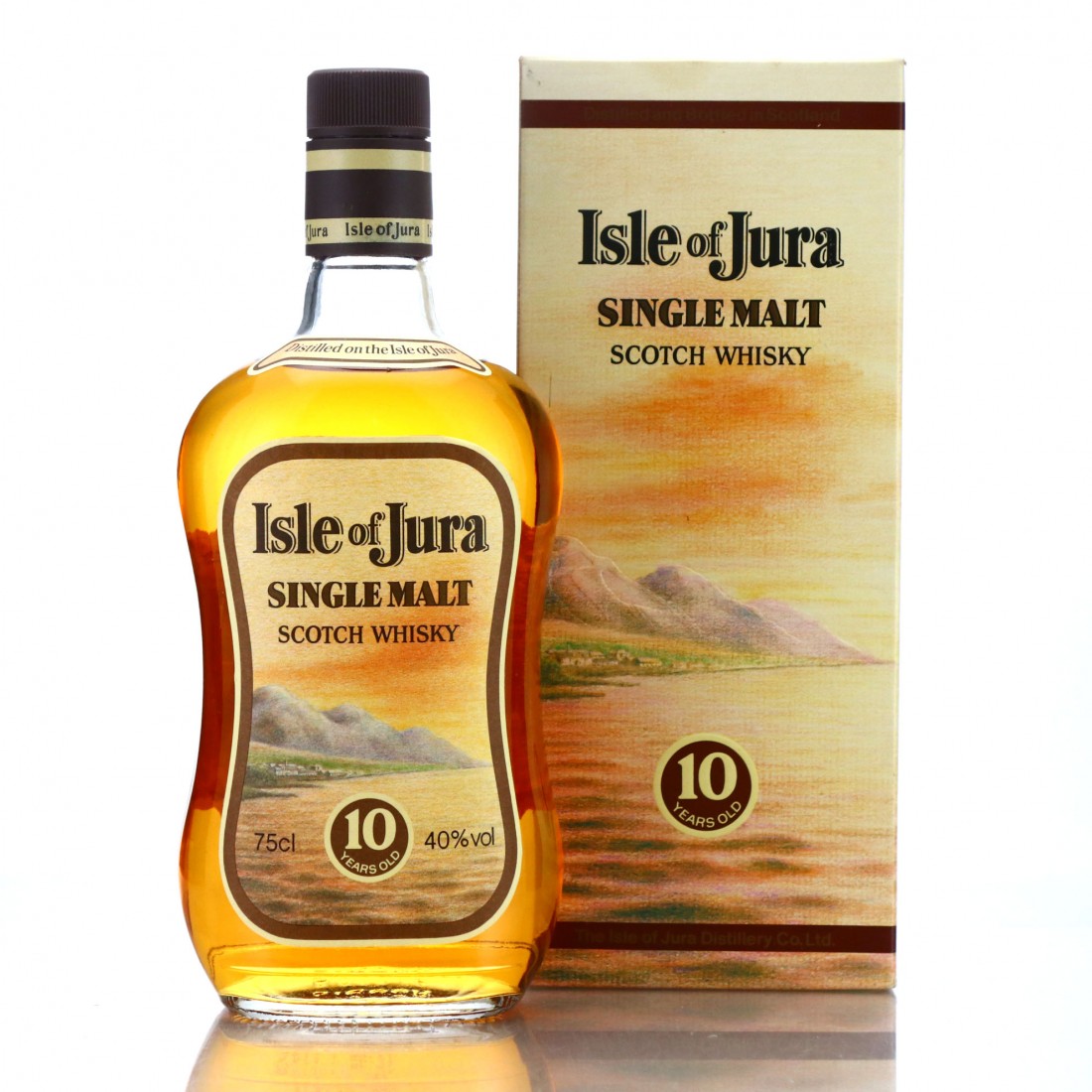 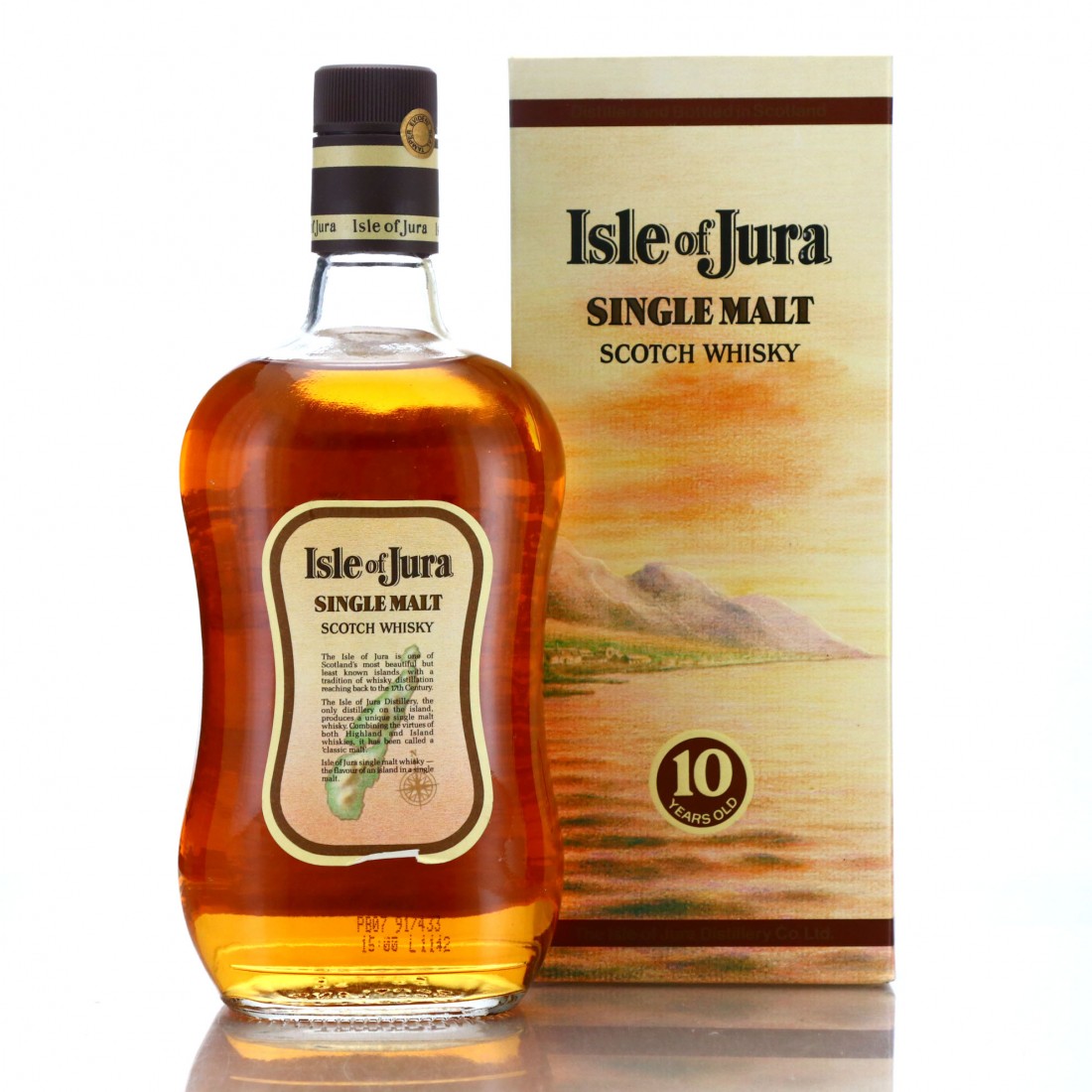 The Isle of Jura is one of the most isolated in the Hebridean archipelago, and by all logical accounts an unusual place to build a distillery. However, the historic site was re-opened in the 1960s, in part to provide jobs to what was a declining population at the time. The rebuilding of the distillery was back by blenders, Charles Mackinlay & Co, so like Bruichladdich, despite the island being covered in peat, it produced an un-peated spirit to meet the needs of their blends. This continued into the 1990s when Whyte & Mackay became its owners, although they did eventually introduce some peated malt to their distilling, launching the Jura Superstition in 2003.

Although an important constituent of many blends, Jura has long been bottled as a single malt. An 8 year old expression was intoruced in 1974, eventually being replaced by this 10 year old by Invergordon Distillers in the mid-1980s.