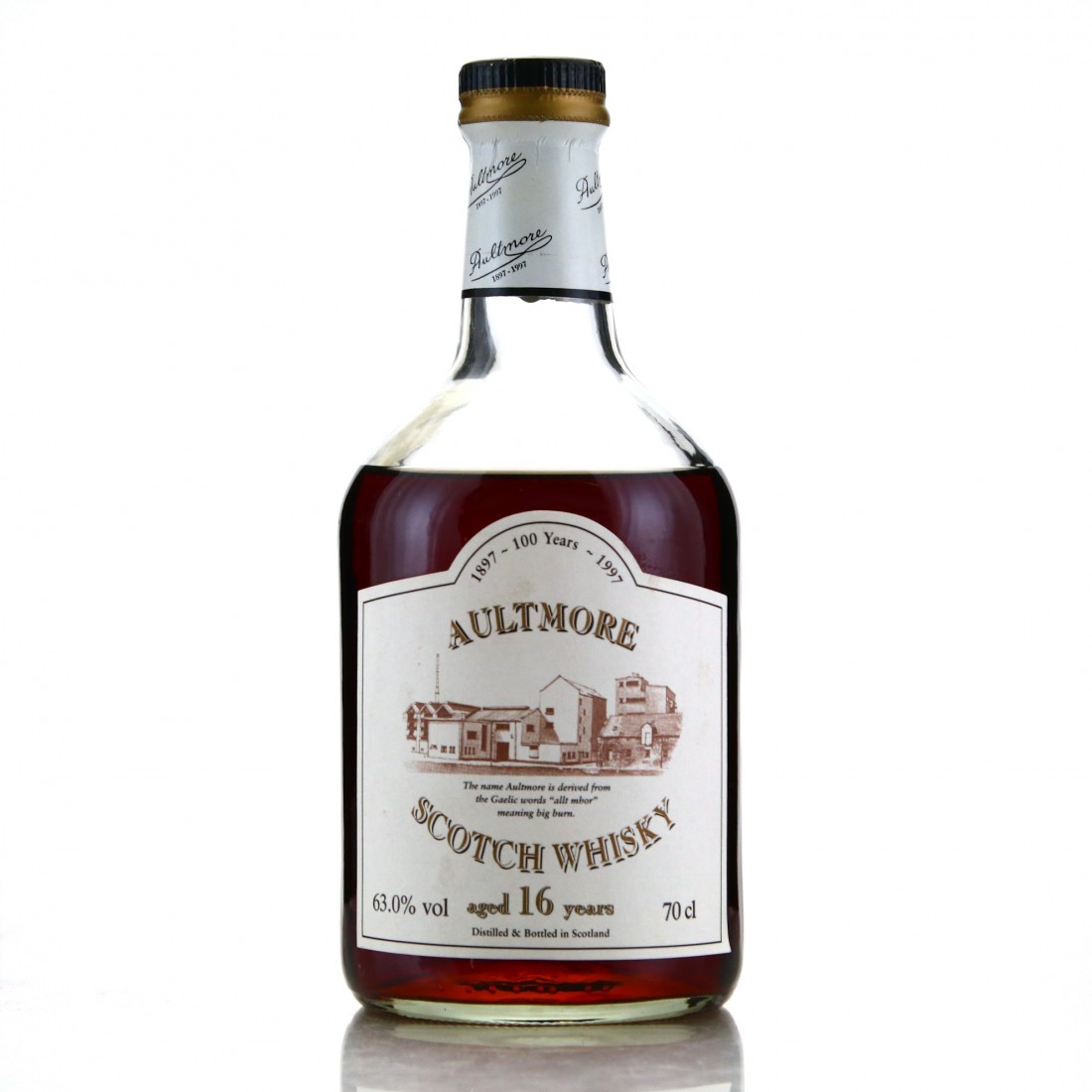 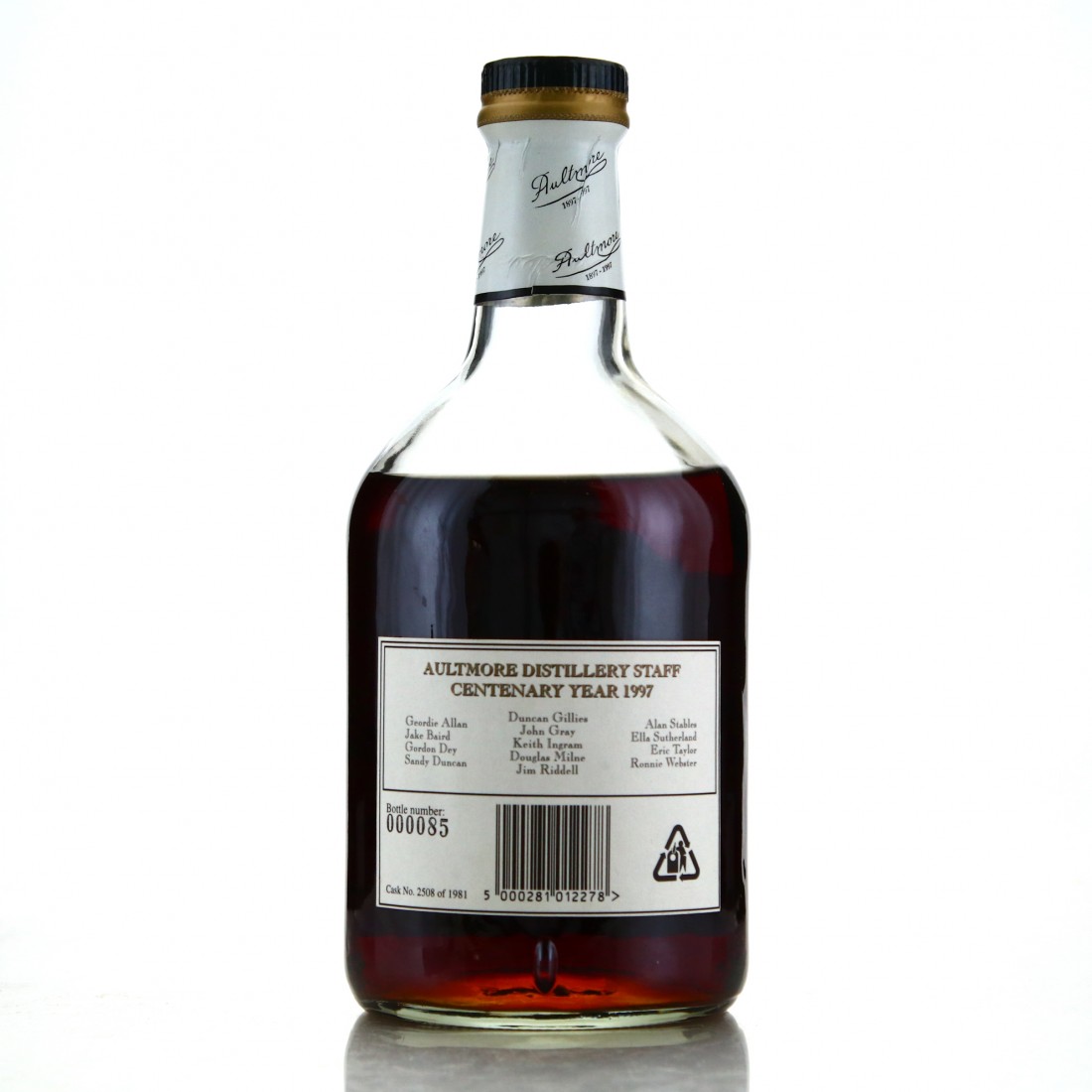 Aultmore distillery was procured by John Dewar & Sons in 1925. So key is it to their blends, that it has been part of their outfit ever since, and has rarely been bottled as an official single malt. It was included in the Diageo Flora & Fauna range of the 1990s, but it was not until after Bacardi acquired Dewar's in 1998 that the distillery's excellent spirit was rewarded with a permanent range.

This limited edition 16 year old was one of the last to be bottled by Diageo, released in 1997 to commemorate the 100th anniversary of the distillery.

This is a particularly rare Aultmore, bottled at cask strength and with a label which lists the employees working for the distillery at the time.