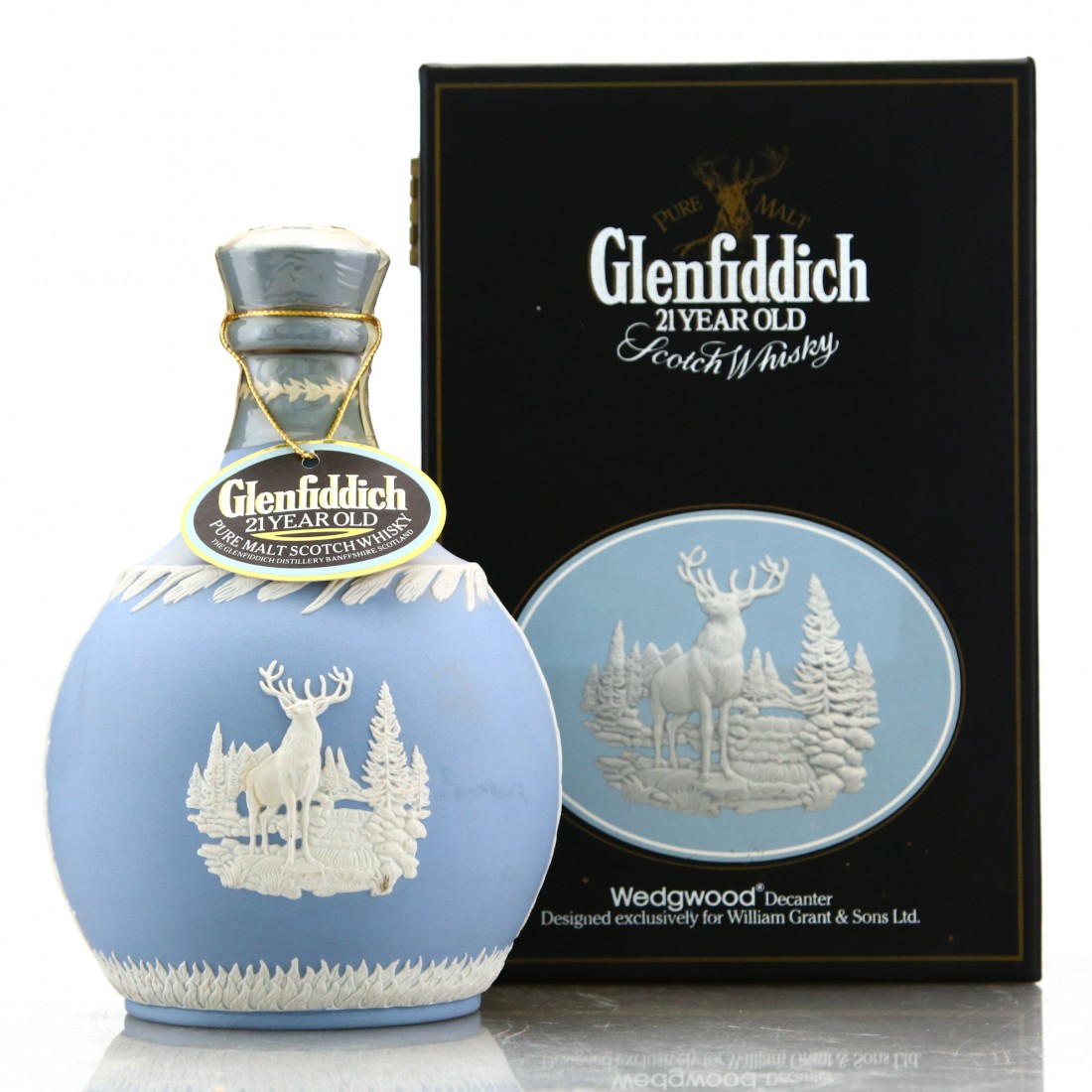 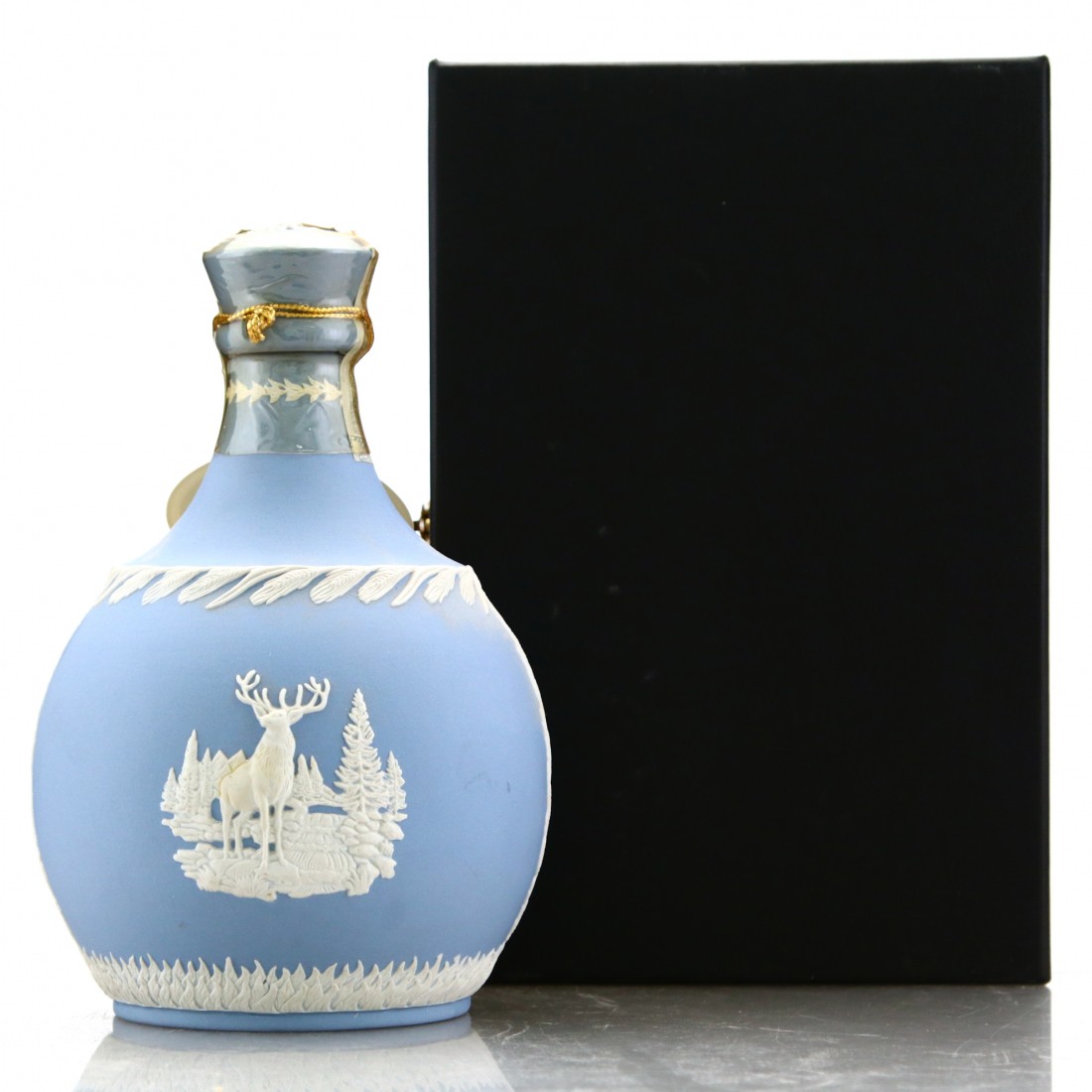 This is a Wedgwood decanter adorned with the Glenfiddich stag, produced to celebrate the distillery's official centenary in 1987.