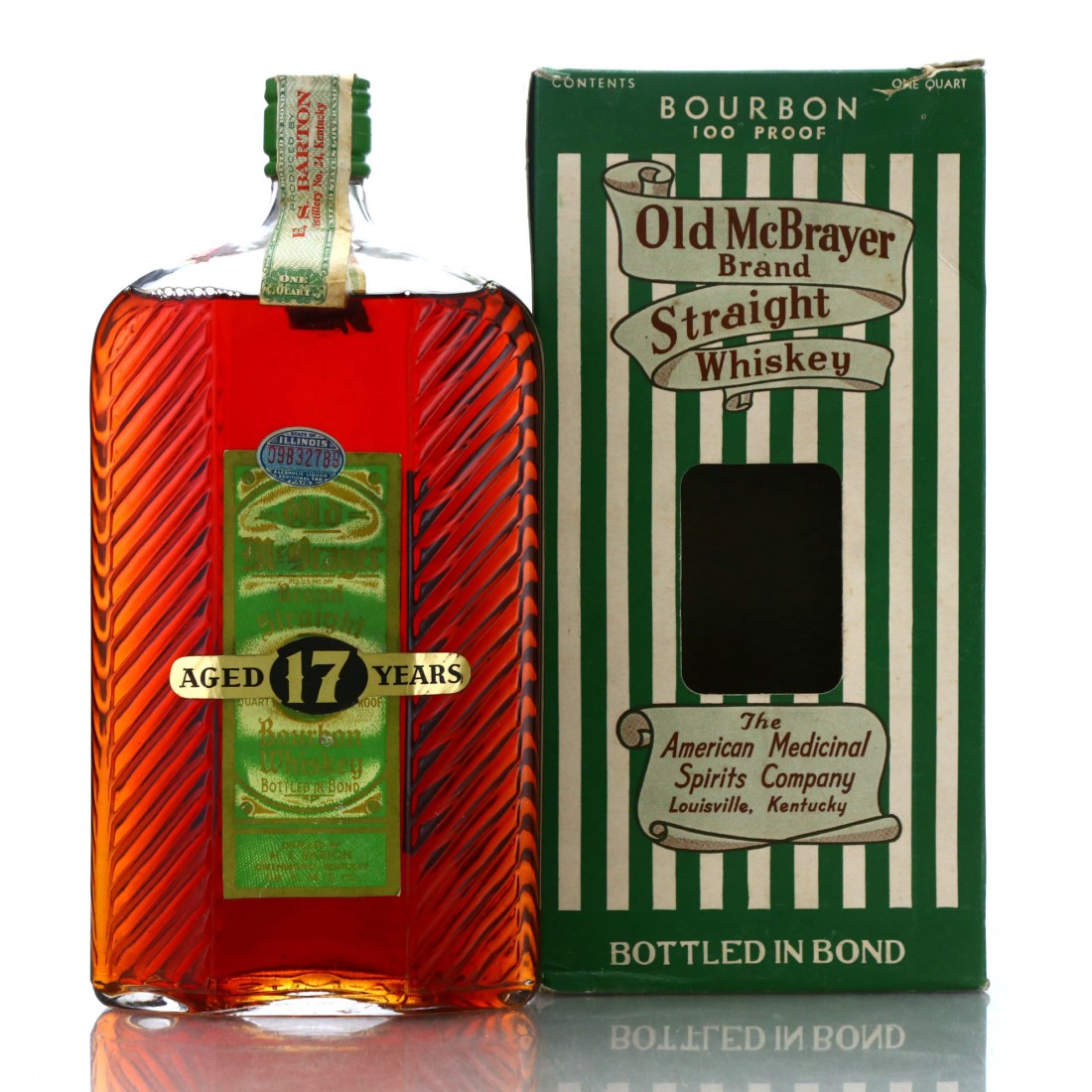 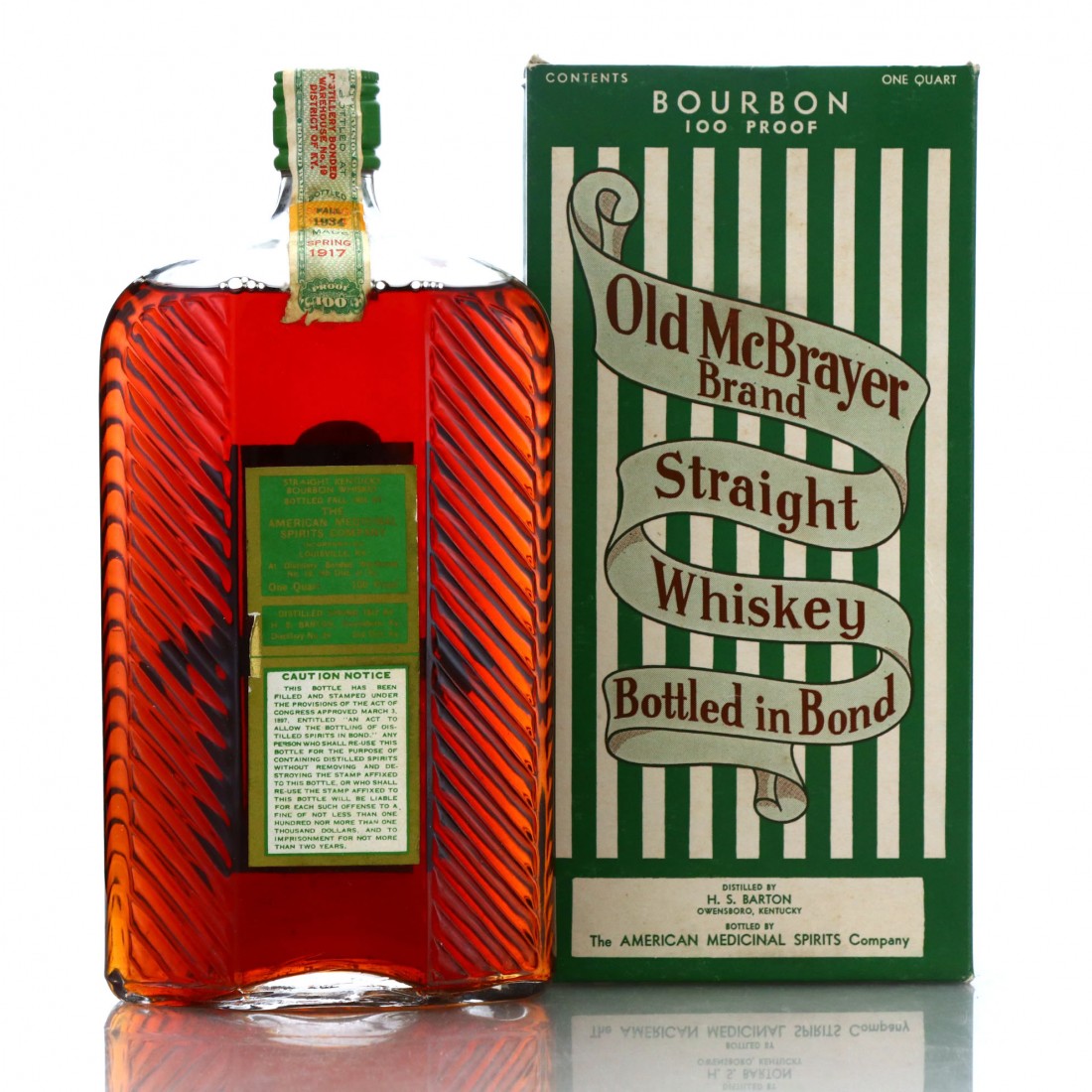 The McBrayer brand was created by W.H. McBrayer at Cedar Brook distillery, which he opened in 1844. McBrayer died in 1888, but the distillery continued to be run by his family until it was eventually acquired (likely under severe pressure) by the nefarious Whiskey Trust. The Whiskey Trust, officially known as the Distiller's Securities Corporation had been set up initially to consolidate and bring regulation to the US whiskey industry, but quickly developed a reputation for strong arming and bullying distillery owners into making deals with them. Cedar Brook distillery was run on the Trust's behalf by Julius Kessler but was forced to close in 1920 with the enactment of Prohibition.

The Whiskey Trust later reinvented itself as National Distillers, and heavily invested in the American Medicinal Spirits Company, providing them in this instance with the Old McBrayer brand, as well as huge amounts of stock. This whiskey was distilled in 1917 by H.S. Barton while he was master distiller at the Thompson family's Glenmore. The distillery was maintained as a concentration warehouse during Prohibition as the Thompson's had a license to bottle medicinal whiskey as well. Today the facility still exists as a bottling operation of the Sazerac company.

This 1 quart bottle was filled after repeal of Prohibition by the American Medicinal Spirits Co, in 1934.