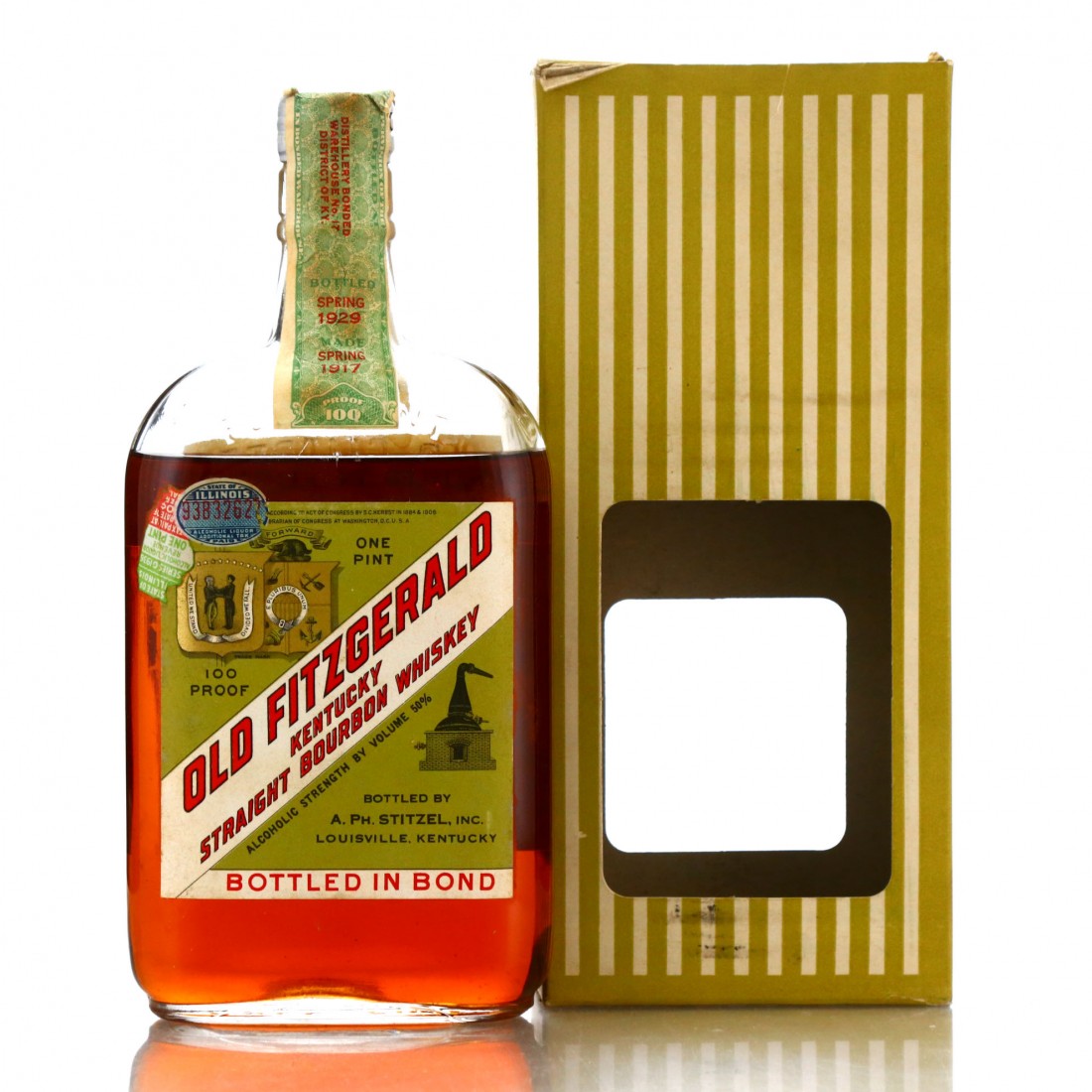 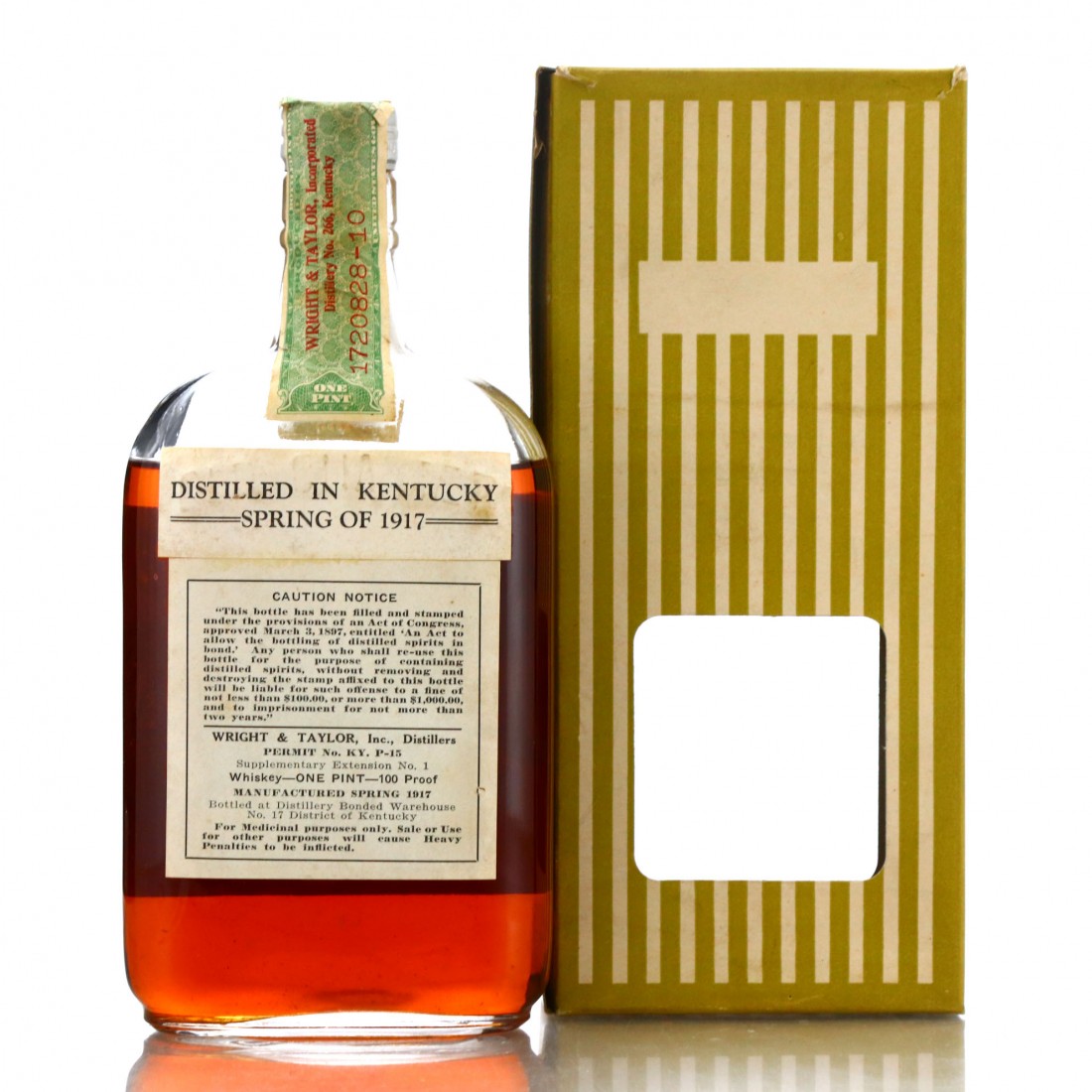 This is a historic bottling of the Old Fitzgerald brand, produced shortly after it came under the ownership of the legendary Julian 'Pappy' Van Winkle I, who bought it for the princely sum of $10,000 from Old Judge distillery at the close of prohibition in 1933.

It is a fantastic old  Prohibition era bottling of Kentucky straight bourbon whisky. Although the Volstead Act of 1919 had banned the production and sale of alcohol throughout the US, a certain number of distilling companies were permitted to continue bottling existing stock, mostly for medicinal use, but also for weekly baking rations.

One such company was A. Ph. Stitzel Inc, who procured this particular barrel from the Old Charter distillery (operated by Wright & Taylor). This distillery was one of the majority that were forced to close after prohibition was enacted, selling off their stock to companies like A. Ph. Stitzel who bottled this for their business partners, W.L. Weller and Sons.

A. Ph. Stitzel survived Prohibition, and was one of the few to emerge with a functioning distillery, refinancing themselves after the difficult 13 dry years by contract distilling for other companies as well, including the juggernaut Schenley corporation. They would of course would go on to merge with Julian 'Pappy' Van Winkle's W.L. Weller company to create the legendary Stitzel-Weller. This was bottled in 1929.

Nowadays made at Heaven Hill, Old Fitzgerald is one of the classics of the bourbon world. The mid-20th century Stitzel-Weller distilled products are incredibly sought after, but this is a fantastically rare chance own a bottle dating from its more humble beginnings, as the genesis of one of American whiskey's greatest stories. While the Old Charter distillery did not survive Prohibition, its namesake brand certainly did and was produced by Schenley for most of the 20th century before passing to current owners, Sazerac.