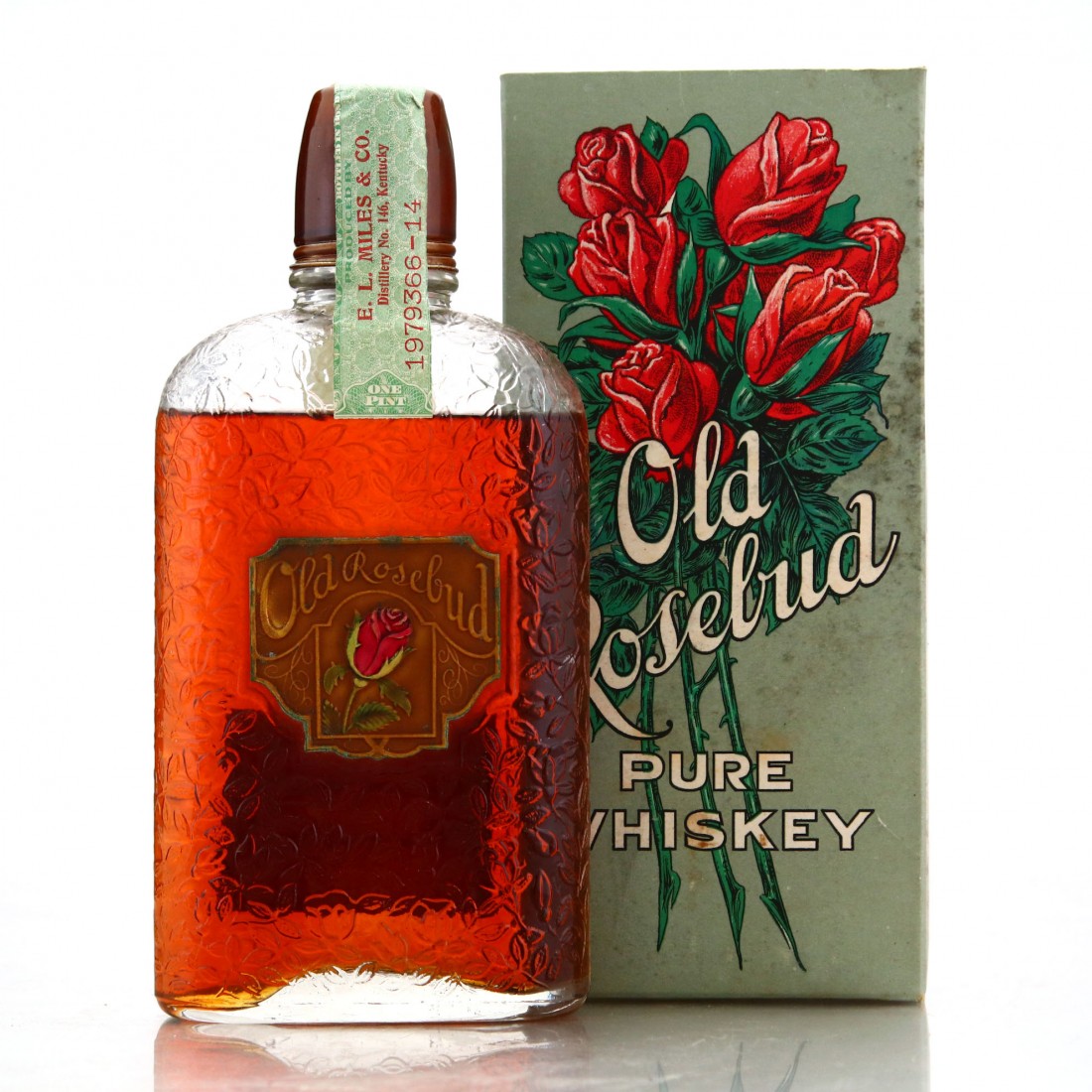 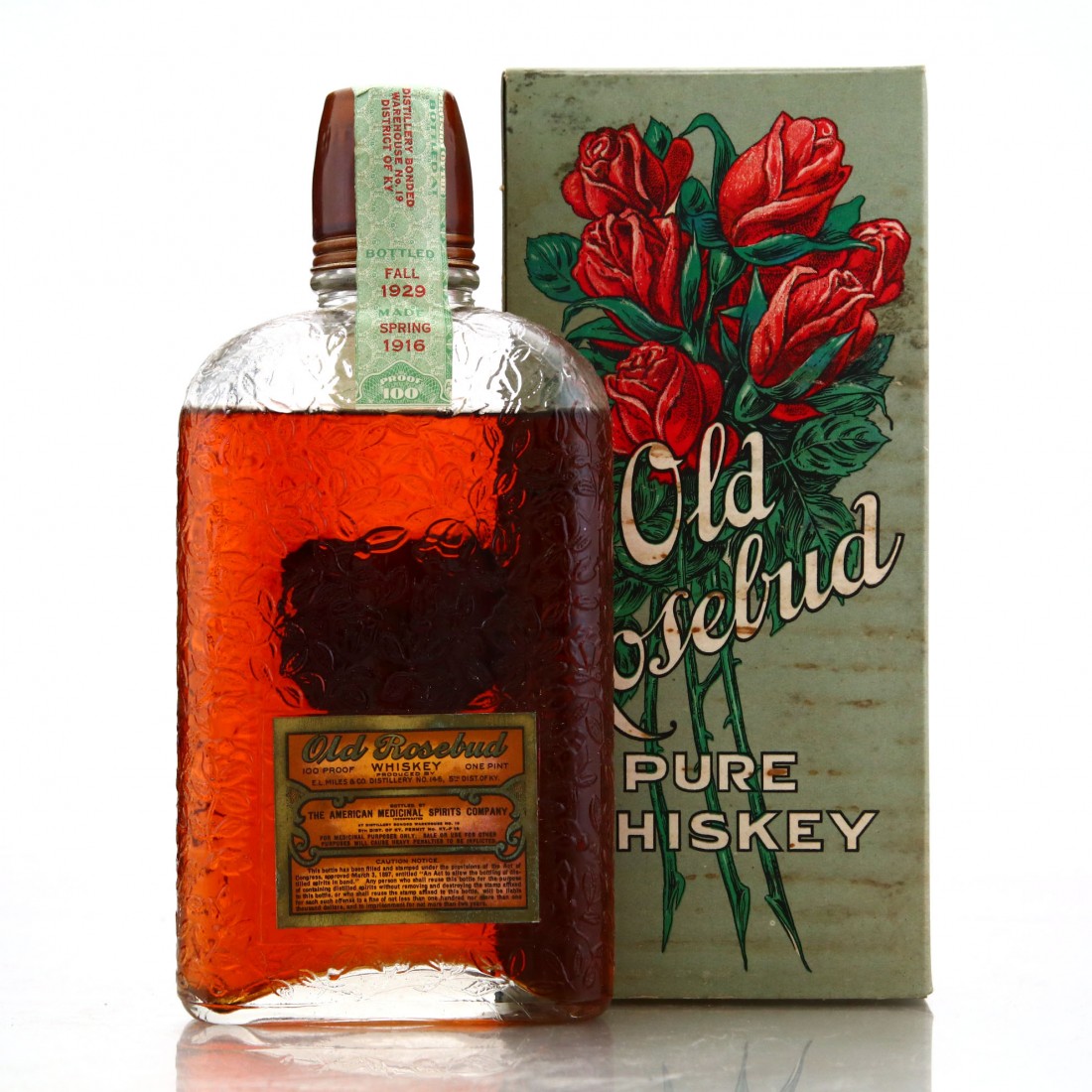 Distilled in 1916, this bourbon was protected in bond from Prohibition Act of 1920, which made alcohol production and consumption illegal. The Volstead Act was in place between 1920 and 1933, and during this period, some distillers were bale to continue to bottle their whiskey as a medicinal product. Only doctors could prescribe these 1 pint bottles, and bakers were also given a weekly ration of whiskey and rum to use in their cooking.

The Old Rosebud brand came from the Kentucky Distilling & Warehouse Co portfolio, a company better known as the infamous Whiskey Trust. Members of the trust included a certain E.H. Taylor Jr and his W.A. Gaines company. This whiskey was distilled at their E.L. Miles distillery in New Hope in 1916. It was bottled in bond in 1929.