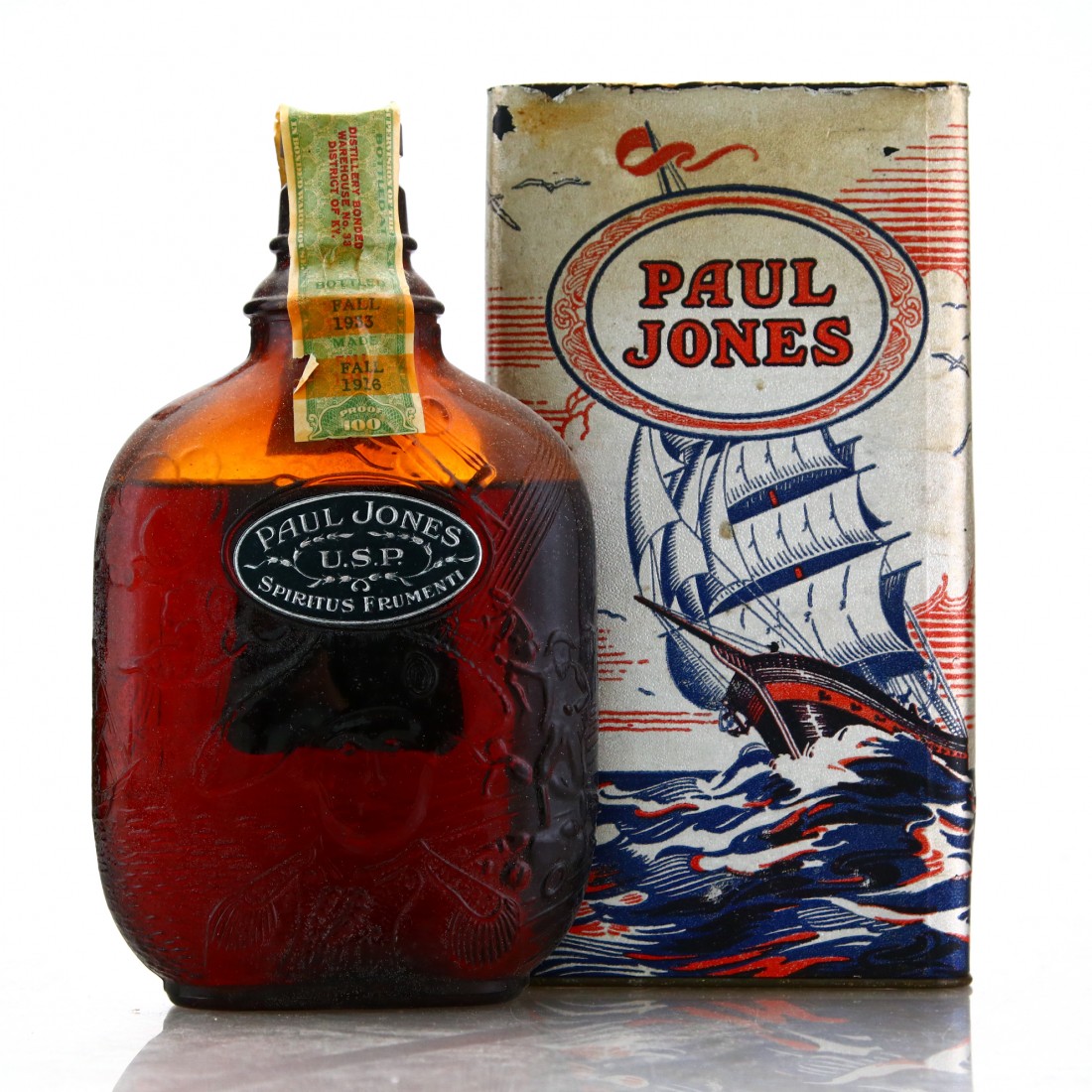 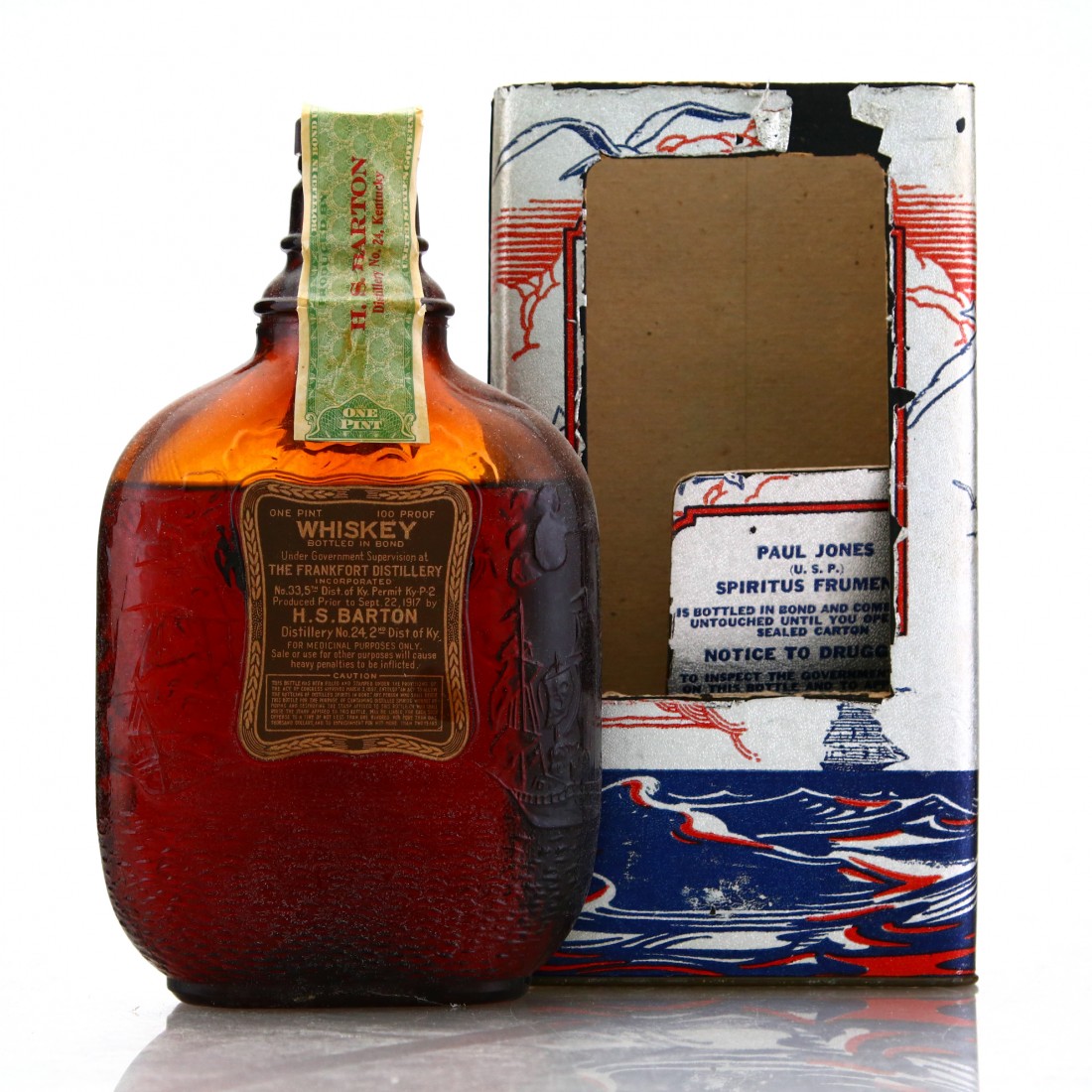 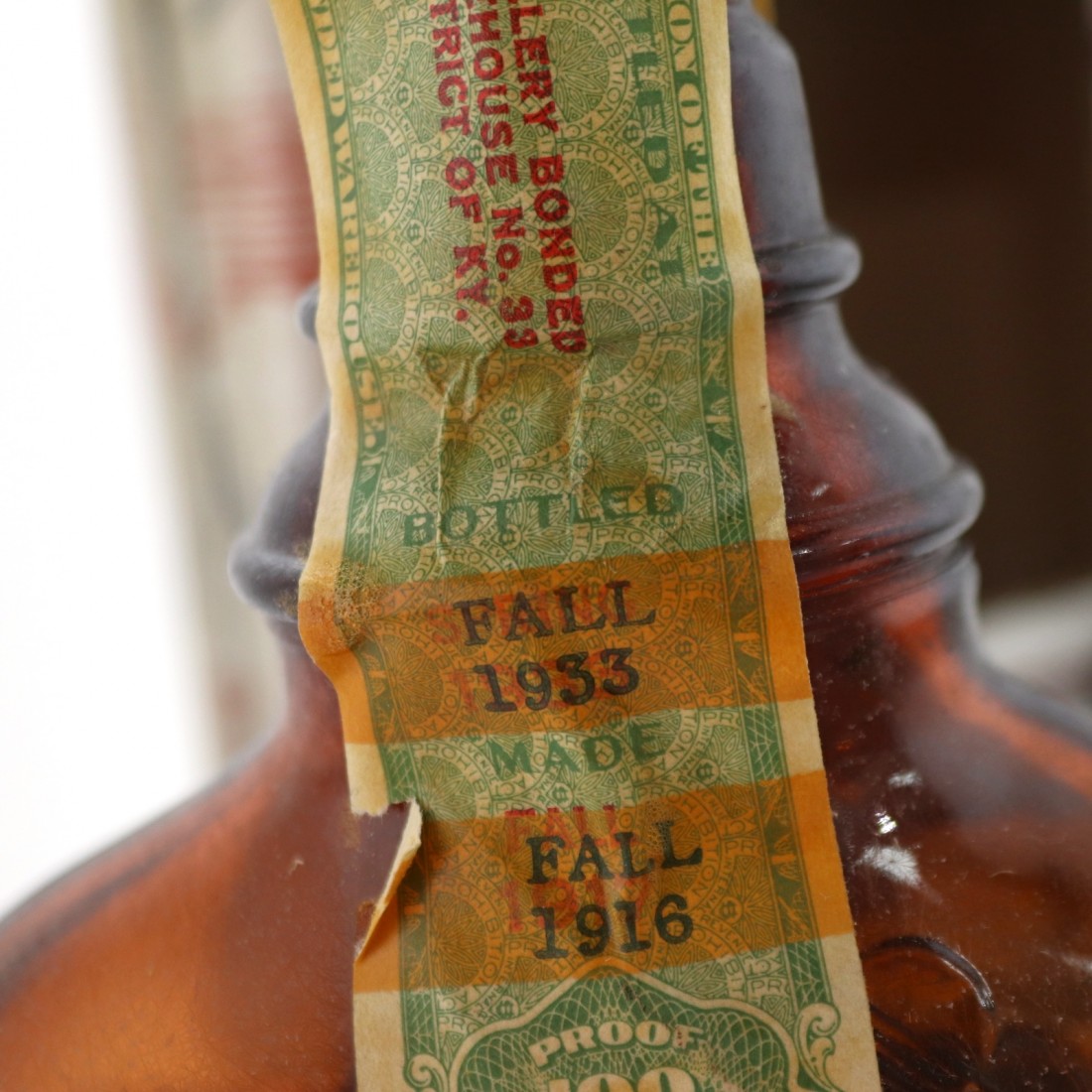 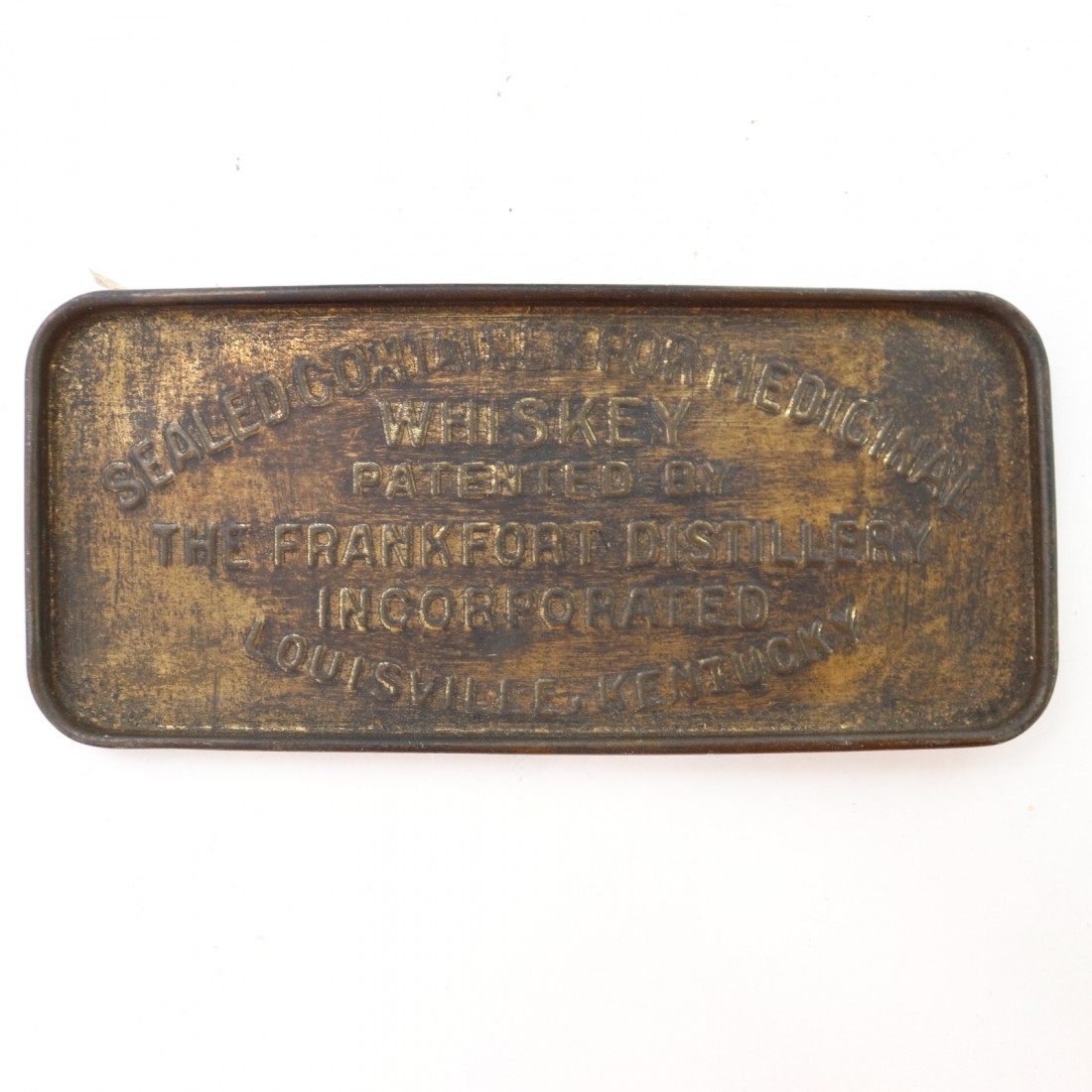 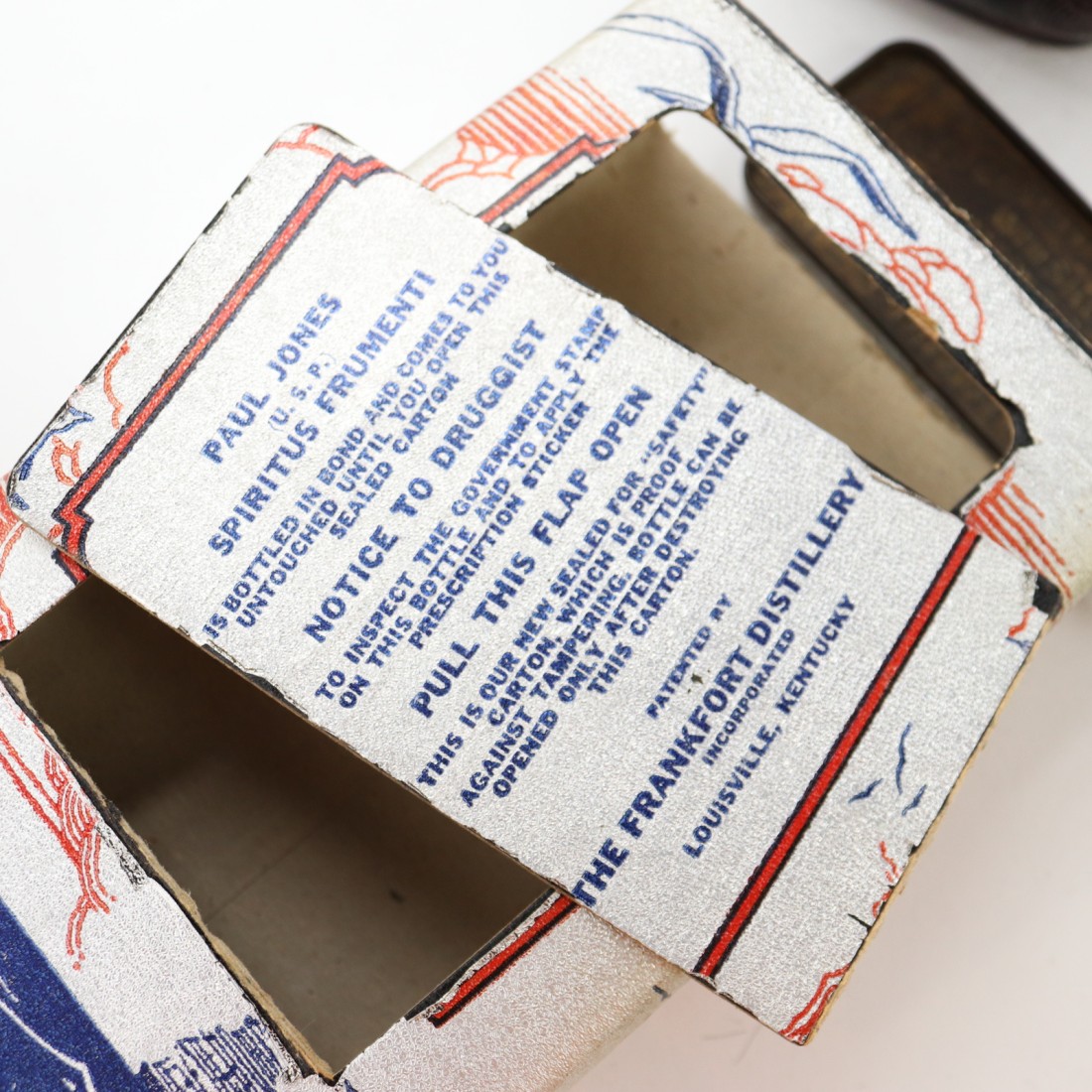 An incredibly old and well-preserved bottle of whiskey from the Prohibition Era in America, bottled just a few months before the repeal of the Volstead Act in 1933.

Distilled in 1916 by H.S. Barton, head distiller at James Thompson's Glenmore distillery. Originally known as the Richard Monarch distillery, the facility was purchased by Thompson, along with its Glenmore and Kentucky Tavern brands. Thompson favoured the former as the new name for his distillery as it shared its name with a castle in his native Northern Ireland.

Despite the still at Glenmore being switched off by the enactment of Prohibition in 1920, the Thompson's secured a license to continue bottling and distributing their warehoused whiskey as a medicinal product, a legal loophole only a few distillers were able to take advantage of. Another such company was Paul Jones, who had purchased the Frankfort Distillery in 1922 in order to use their medicinal license to continue bottling their famous Four Roses brand. The barrels used for this whiskey were procured from Glenmore and bottled in bond at Frankfort.

Glenmore survived Prohibition, distilling for much of the 20th century before passing through various hands until its eventual closure in 1993 by the Sazerac company, who still use it as a bottling plant today. The Frankfort distillery never re-opened, instead purchasing the old A Ph. Stitzel plant (who's former owner would eventually merge with a certain Mr Van Winkle's W.L. Weller company), and building the Four Roses distillery in Shively. The company was then purchased by Canadian giants, Seagram, in the 1940s.

This medicinal pint has been sealed in its tamperproof carton since 1953, opened by us in order to authenticate and photograph the bottle.