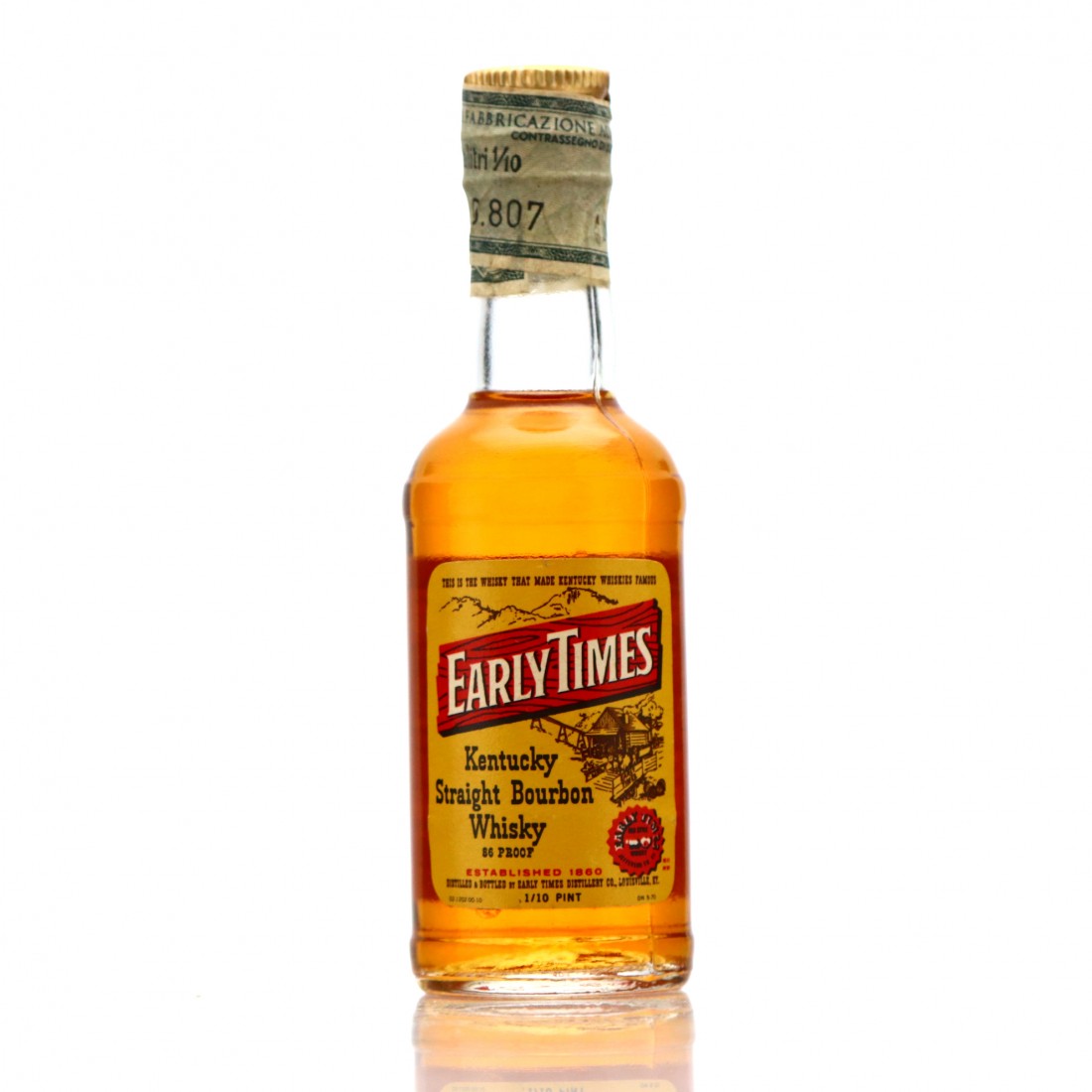 A miniature bottle of Kentucky straight bourbon from the 1970s. This is one of the last to be labelled as a bourbon as Brown-Forman opted to begin using refill barrels in the ageing of the product, thus necessitating a label change to simply "Kentucky Whisky."