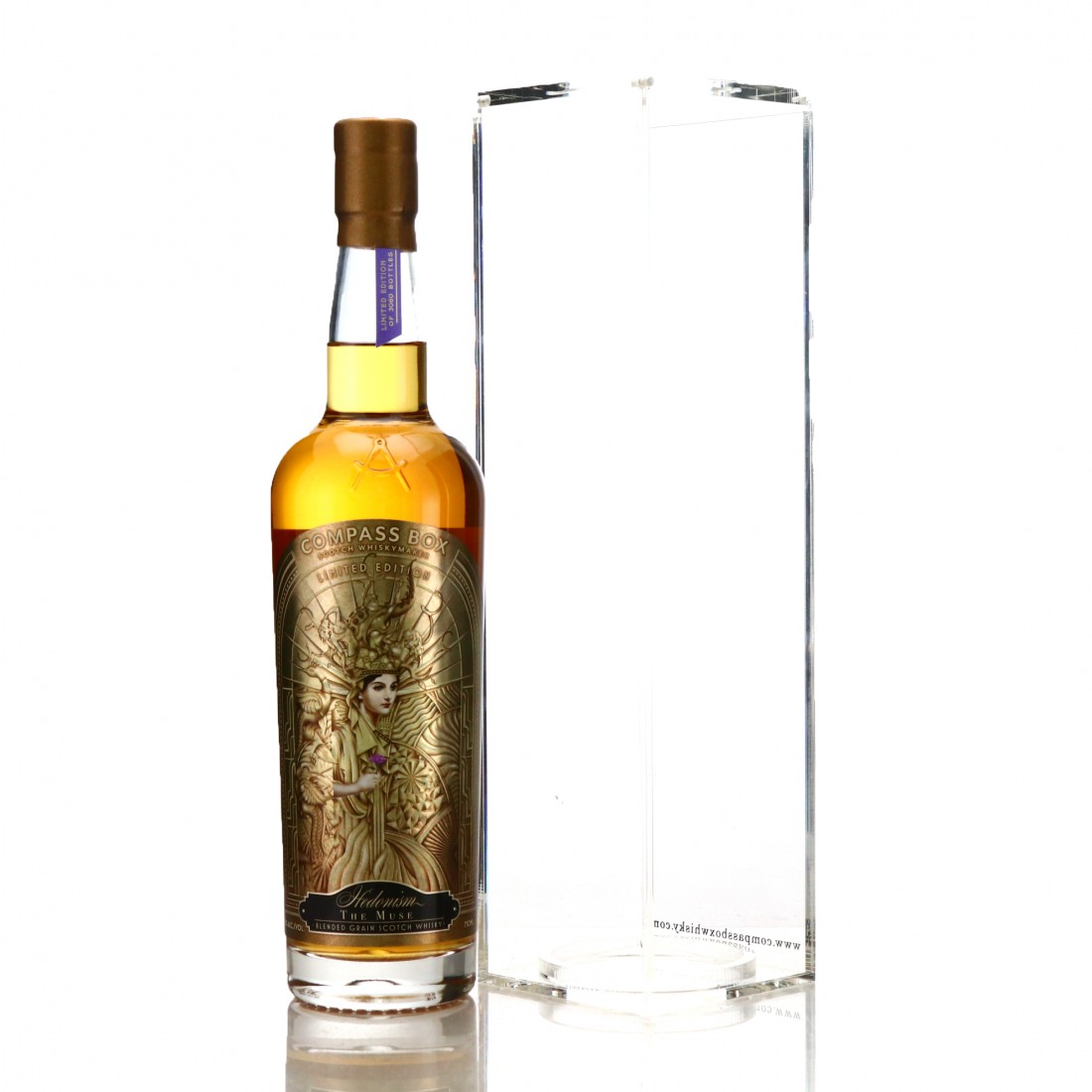 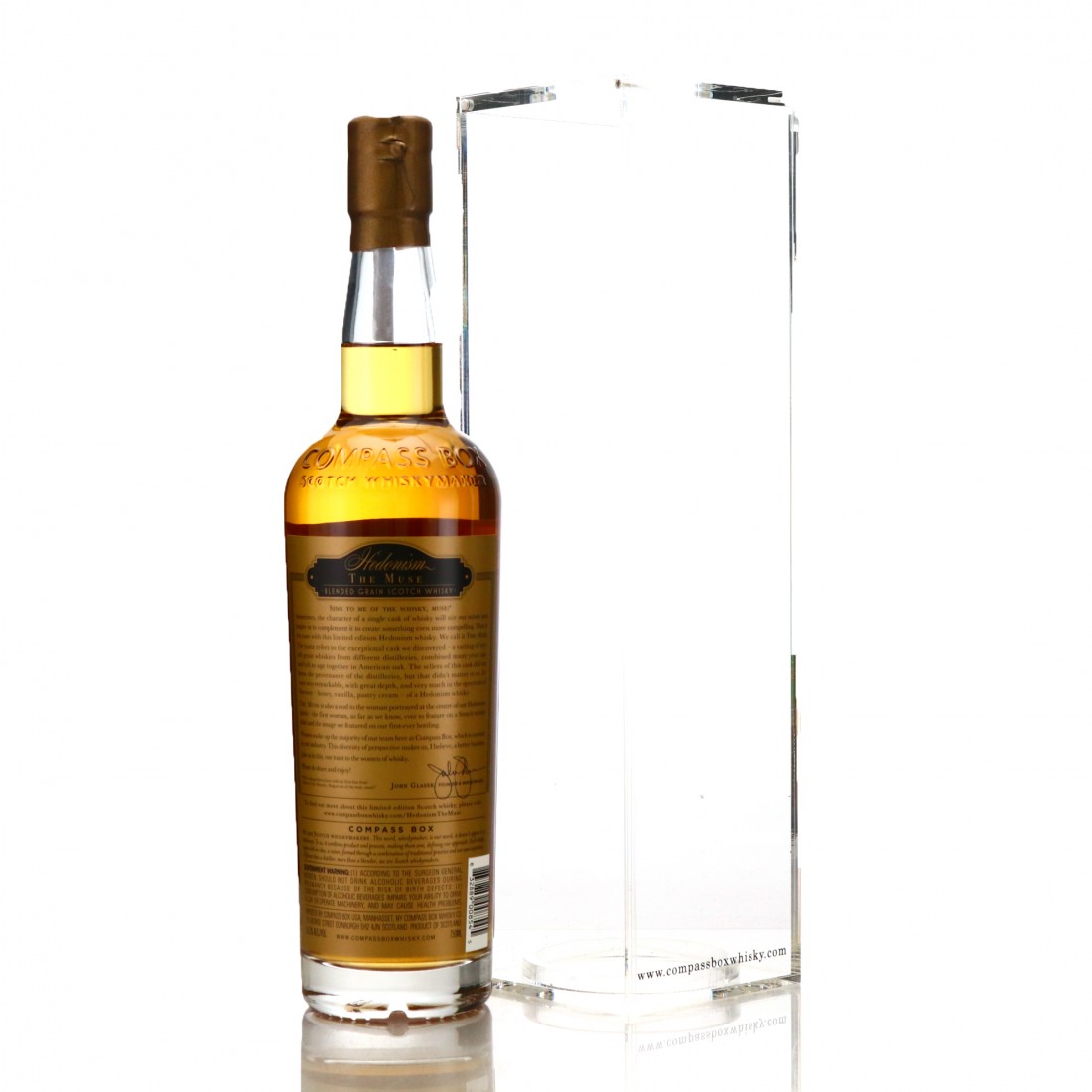 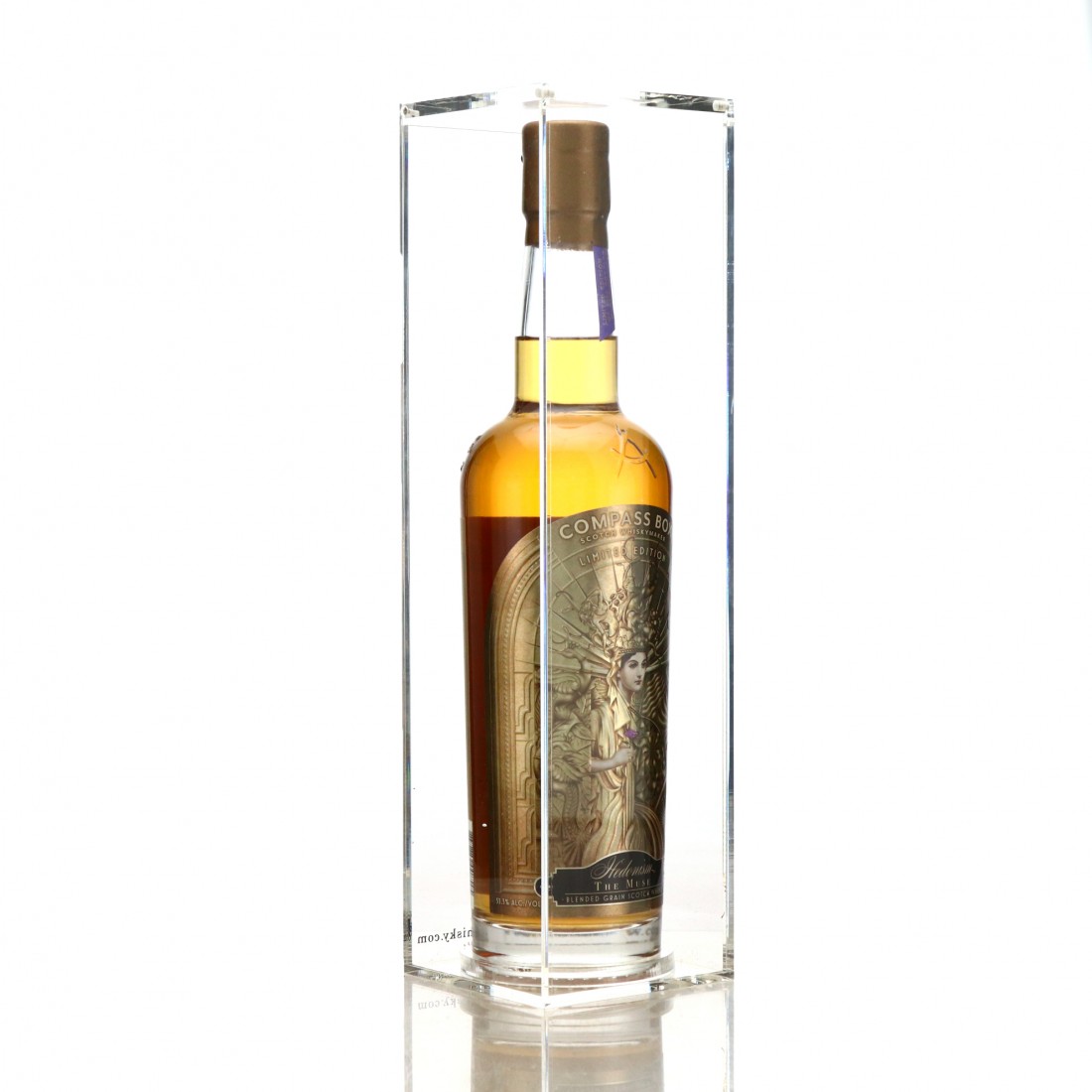 A 2018 limited edition release from Compass Box, this was intended to replicate (and even contains some of) the inspiration for the original Hedonism grain whisky, a pre-vatted cask containing a marriage of old grain whiskies of unknown provenance.

The Muse is also an affectionate nod to women in the industry and the Compass Box team. The original Hedonism bottling was apparently the first Scotch whisky to feature a woman on the label. One of 3,060 bottles.