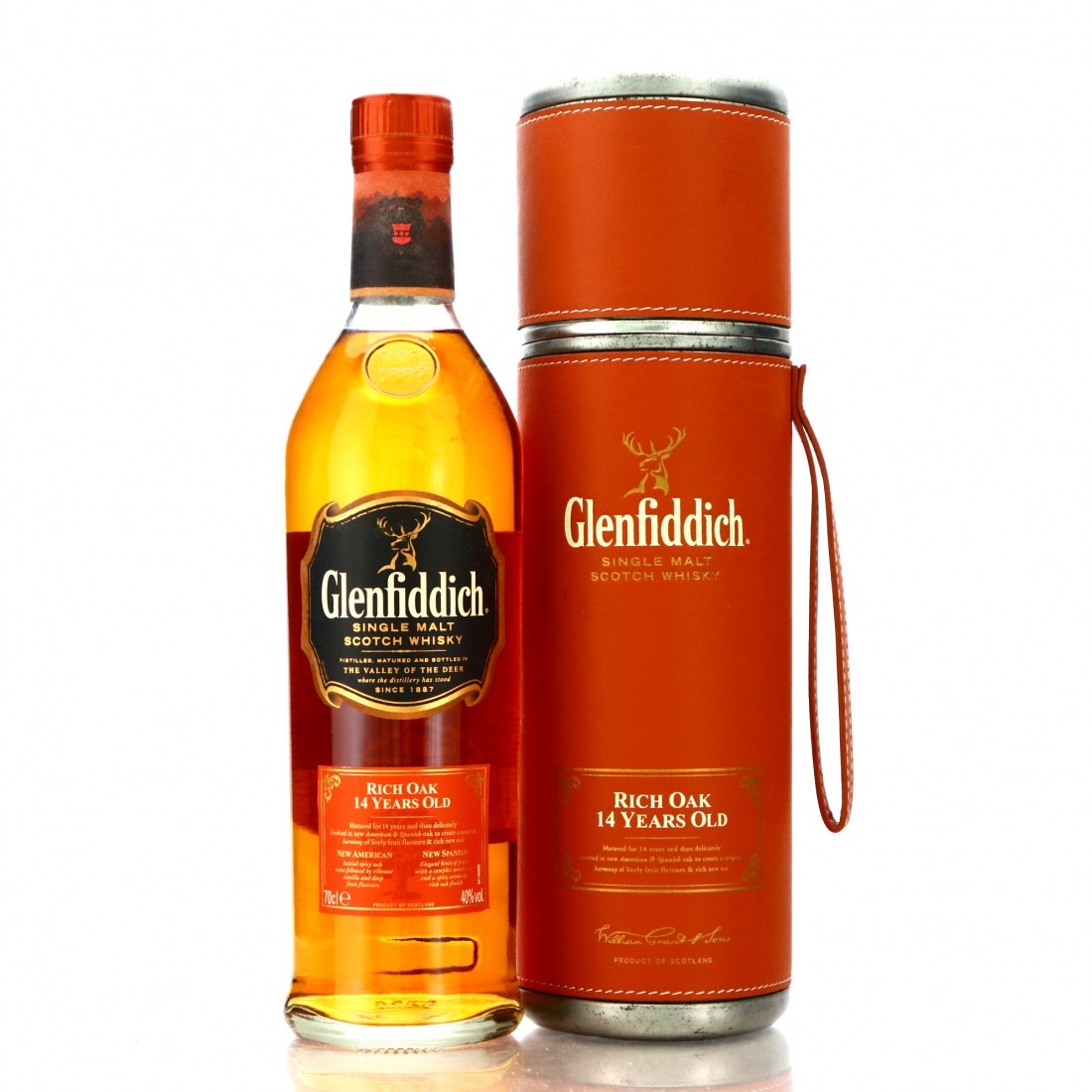 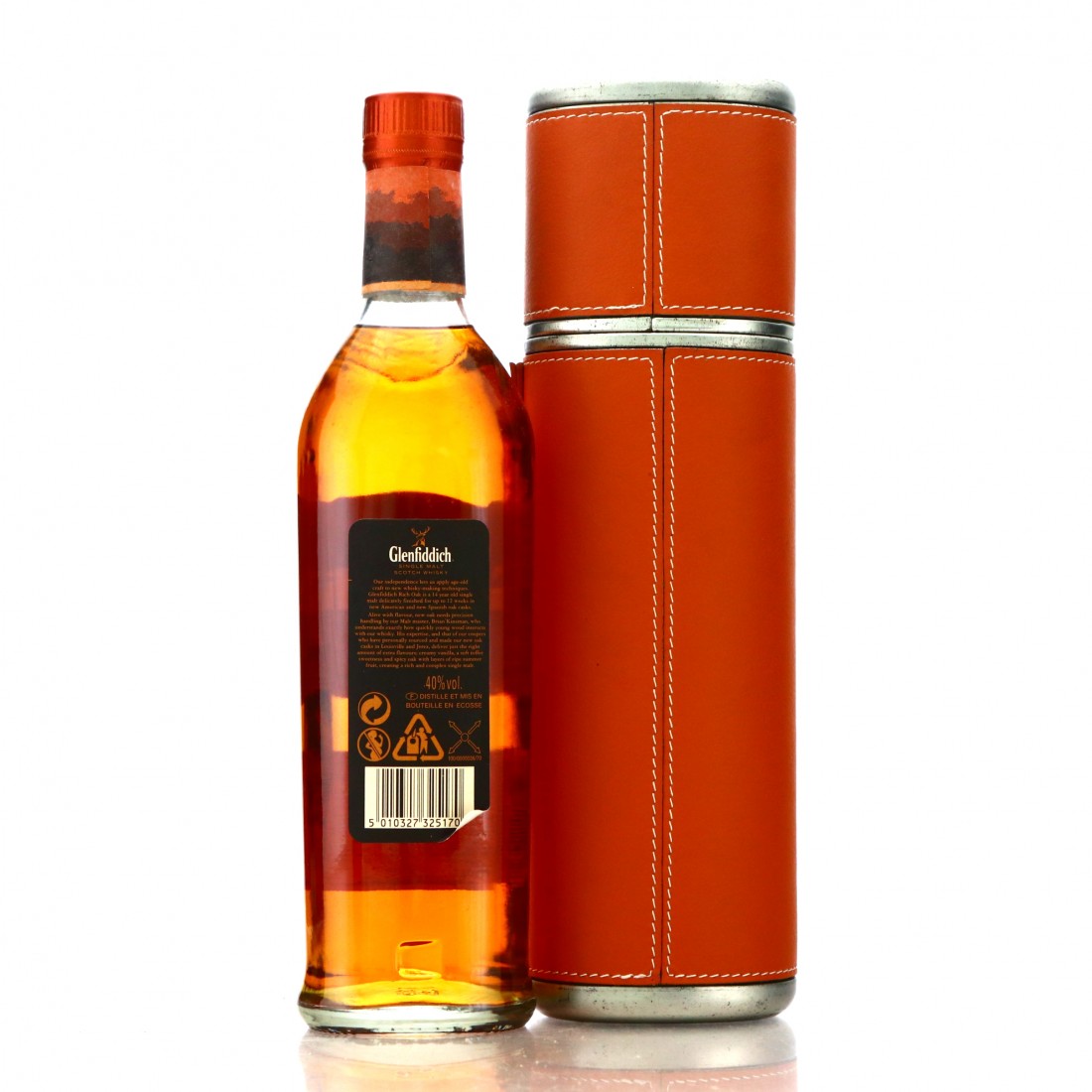 Released in 2010, the Glenfiddich Rich Oak spent 14 years in ex-bourbon casks before being delicately finished for up to 12 weeks in new American and new Spanish oak casks. It was presented like this until the distillery rebrand in 2014.