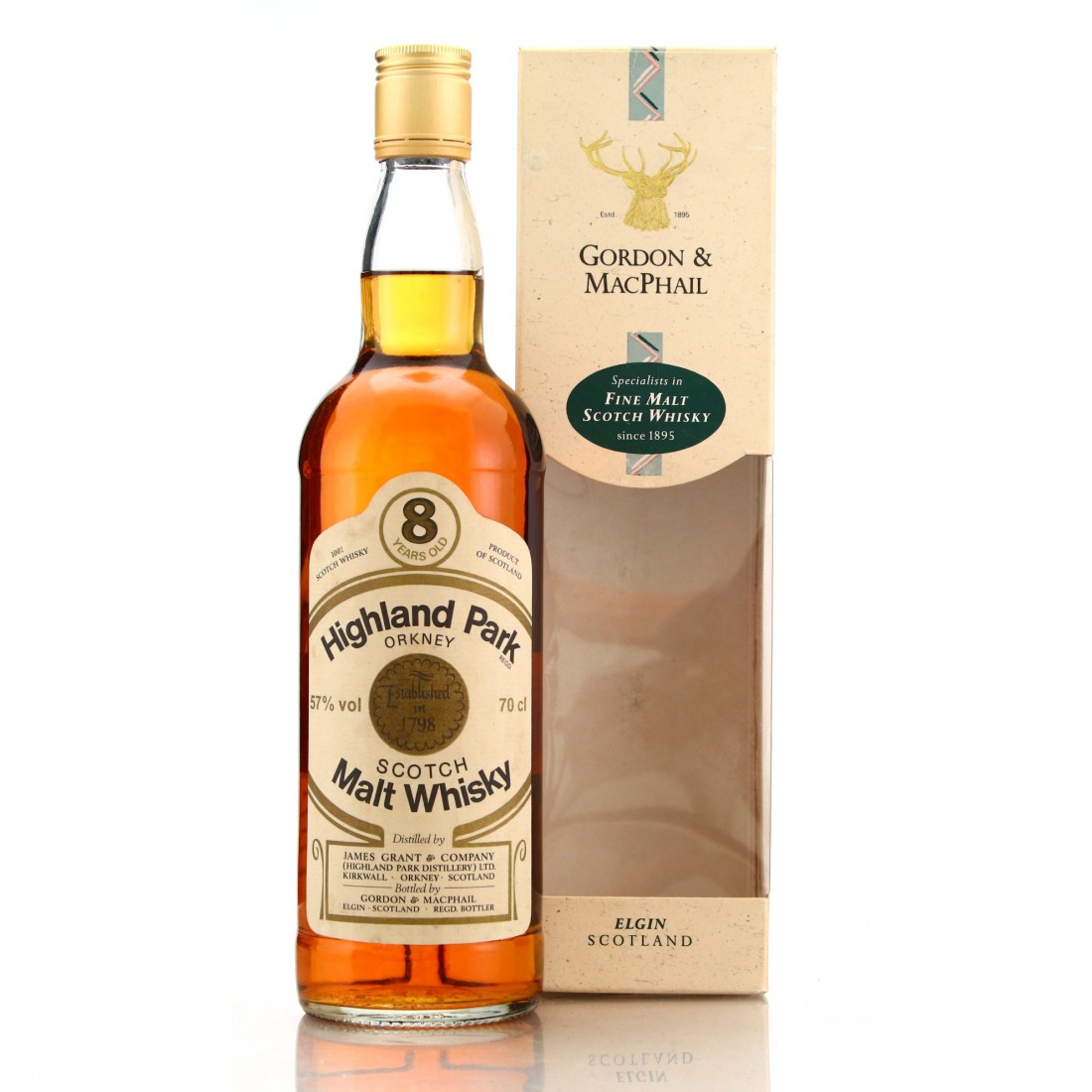 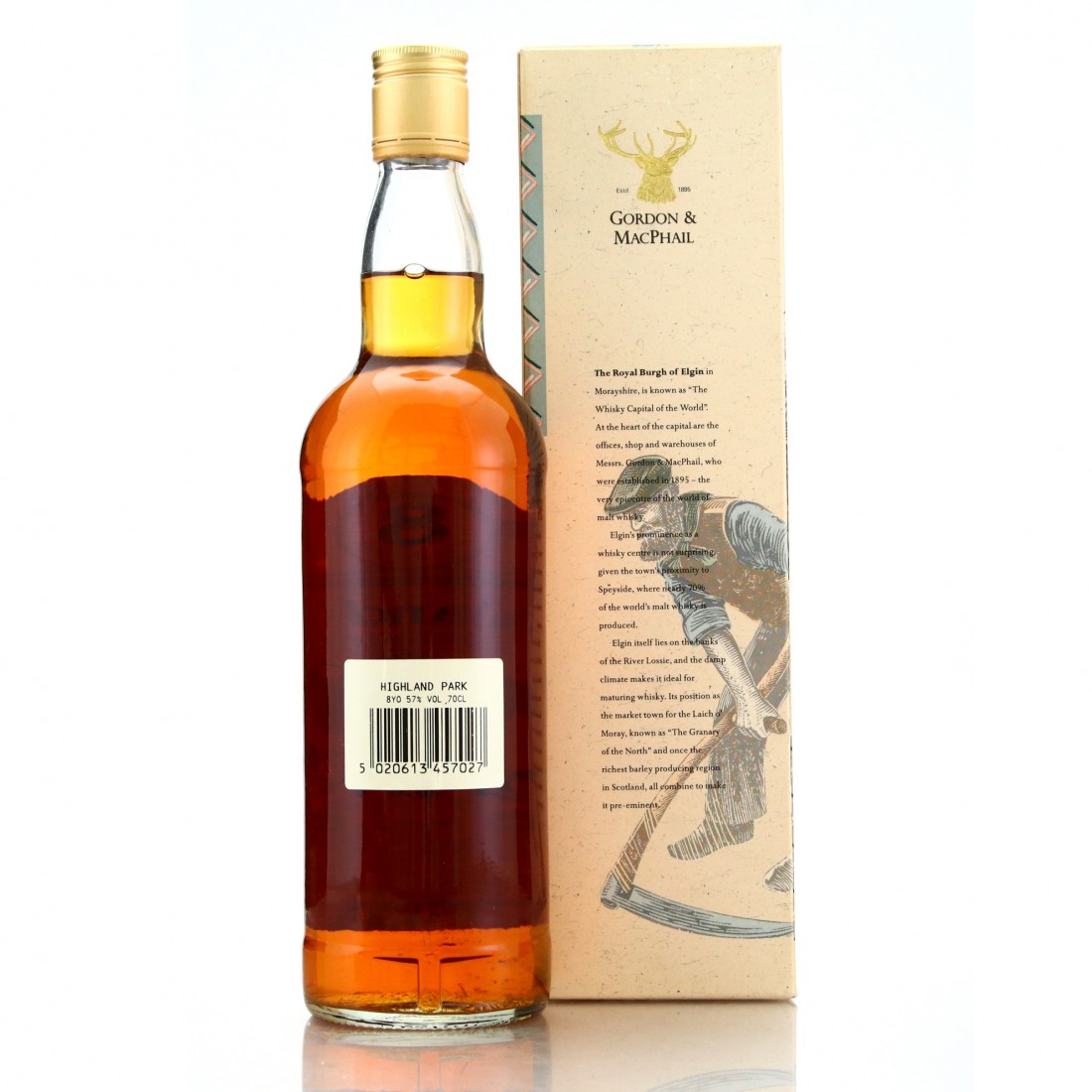 This is a replica of the early licensed bottlings. The early Gordon & MacPhail bottlings of Highland Distillers single malts, which also included Glenrothes and Tamdhu, were recognisable by their uniform use of these labels with arched text and encircled age statements. In the later 1980s the label styles used by Gordon & MacPhail shifted to focus on a specific branding for each distillery rather than their parent company, however the Highland Distillers licenses were either returned to their distilleries by this point, or in the case of Glenrothes, to Berry Brothers & Rudd. In this case however, the company continued to use the old label for occassional releases.