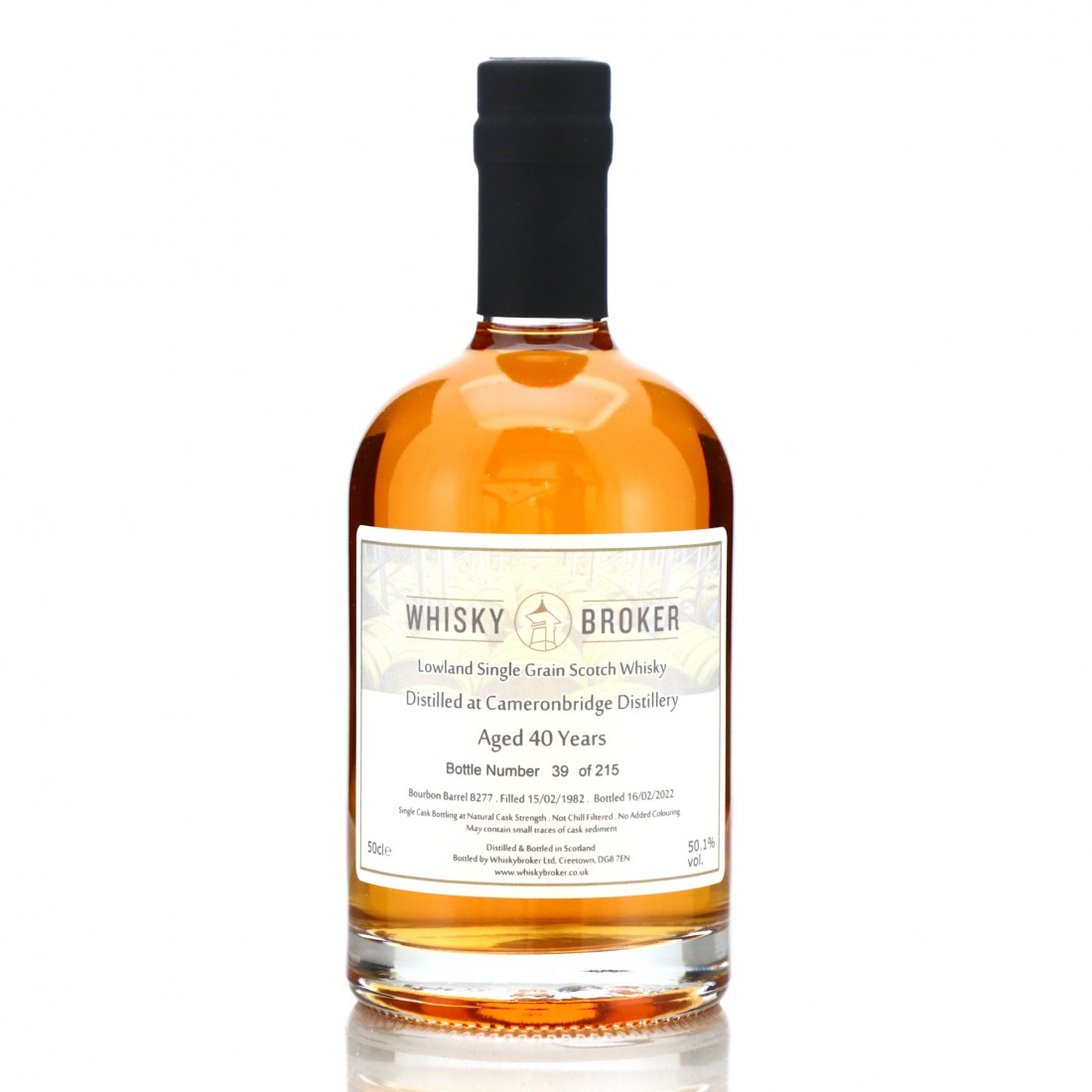 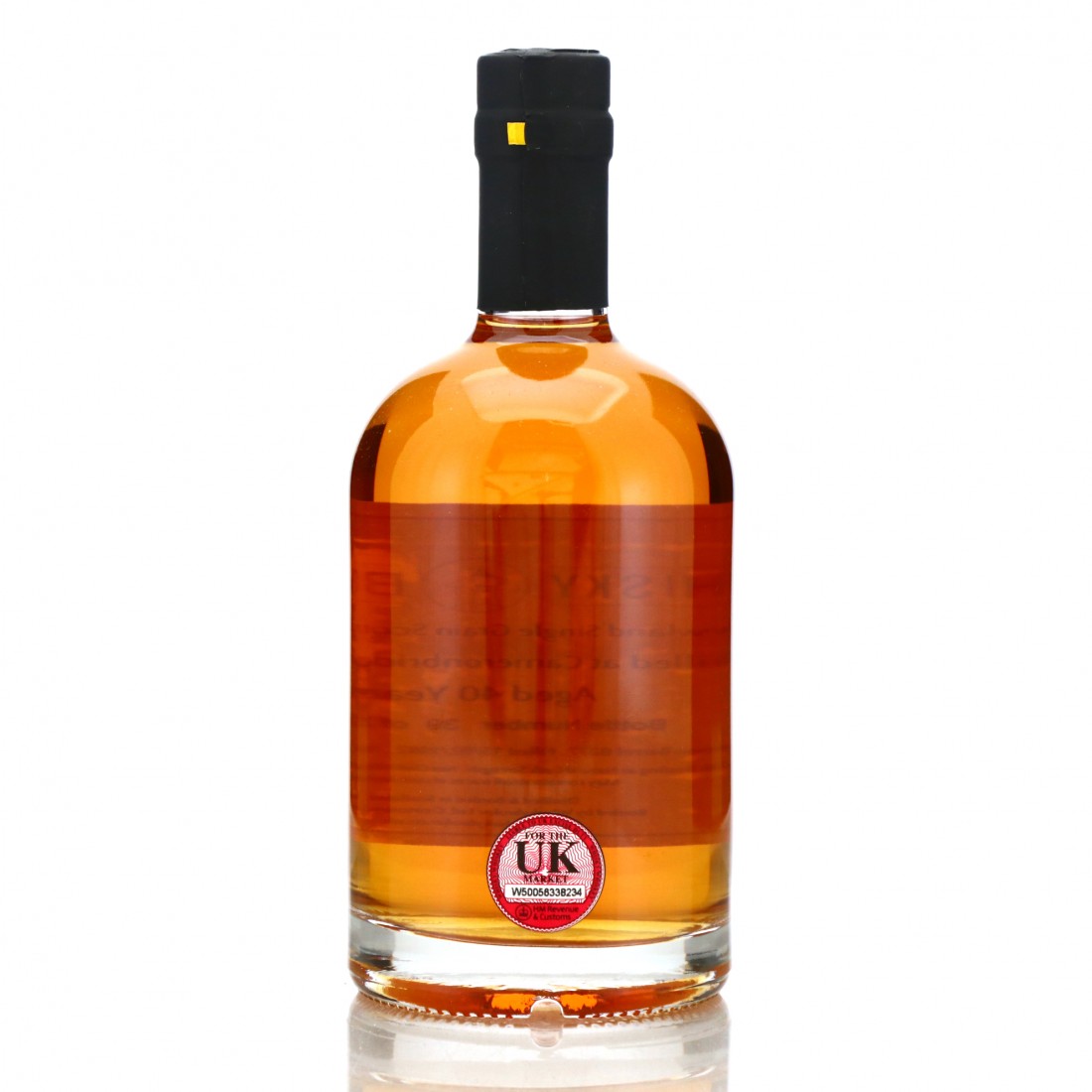 The Cameronbridge distillery was built in 1824 along with the establsihment of John Haig & Co, a legendary blending company with links to both the Haig and Stein distilling dynasties. John Haig always had his finger firmly on the pulse of modernisation, and was one of the first distillers to use patent stills. When Alfred Barnard visited in the 1880s, the distillery operating two Stein patent stills (invented by his cousin, Robert), two coffey stills and pot still for producing Irish style grain. Cameronbridge was one of the founding members of DCL, and despite being run independently from it until 1919, it is today the only fully Diageo-owned grain distillery in Scotland. Although provision of their blends has always been its key purpose (as well as grain neutral spirit for Smirnoff and Gordon's, as of 1998), the distillery has two single grain brands, the historic Cameron Brig, and the recently devised Haig Club.

This whisky was distilled on 15th February 1982 and aged for 40 years.