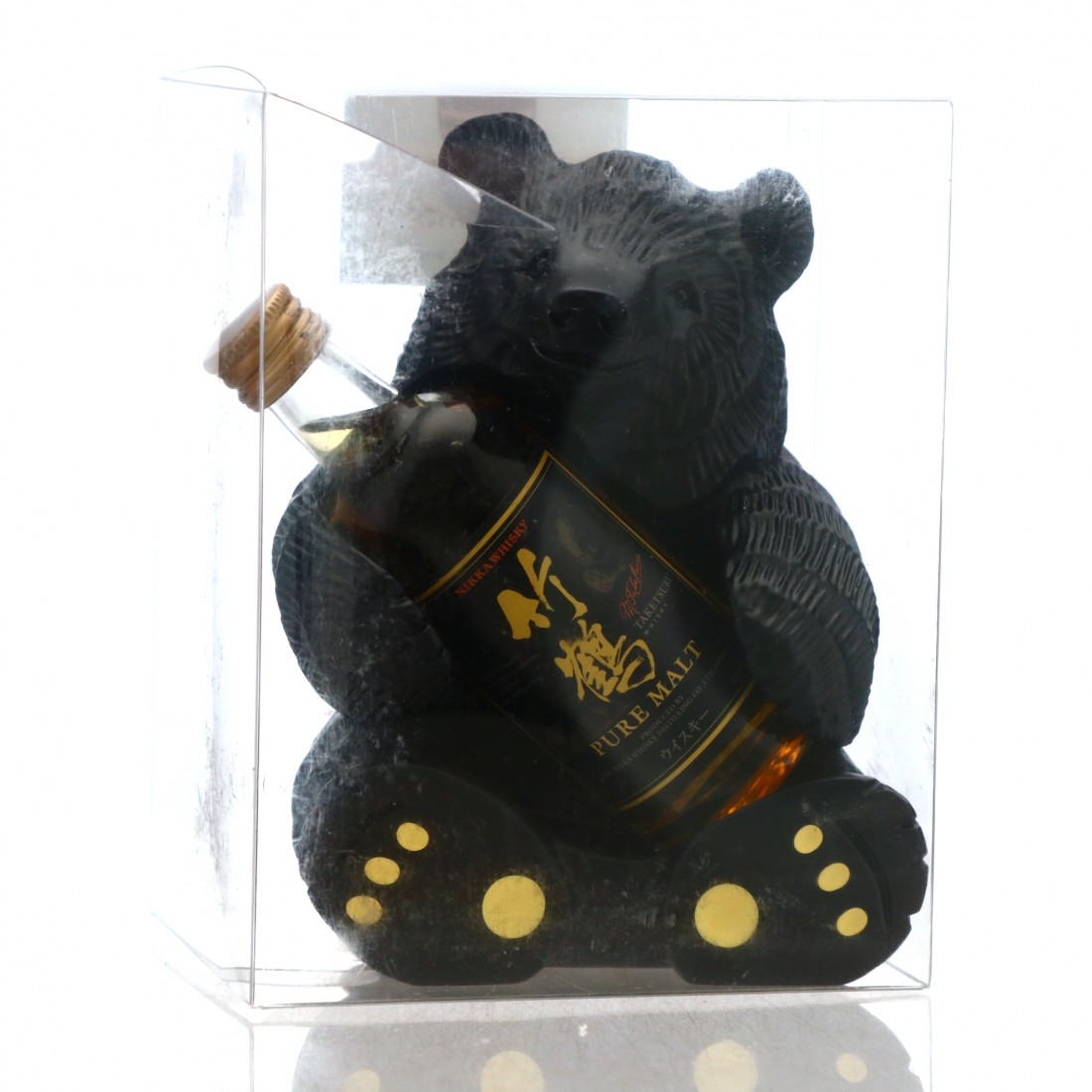 This is a miniature of the Suntory Pure Malt Whisky blend, with an adorable bear display stand.