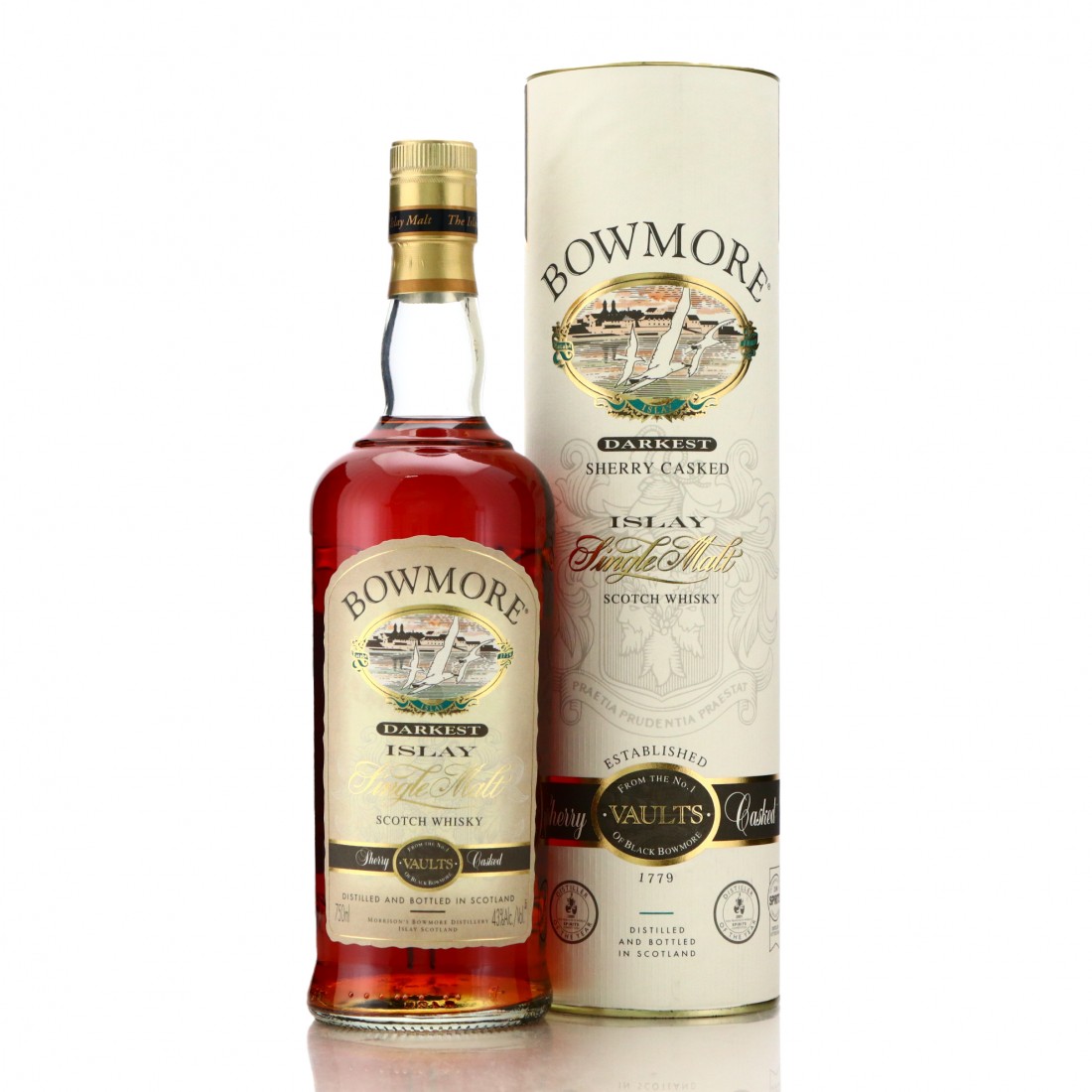 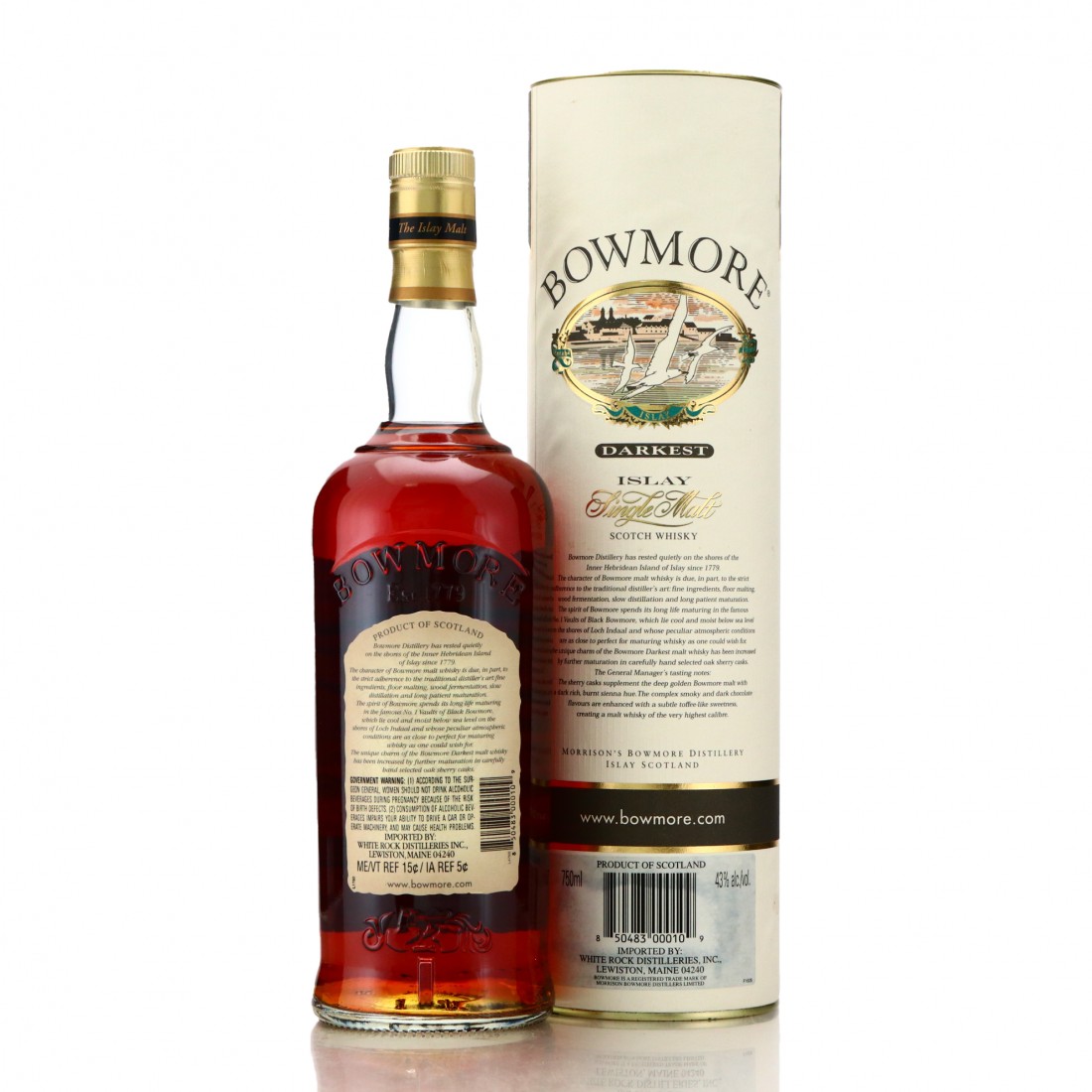 The Bowmore Darkest was matured in sherry casks and is incredibly popular amongst Bowmore fans.

The non-age-statement version shown here has long been discontinued and replaced by the 15 year old 'Darkest'.