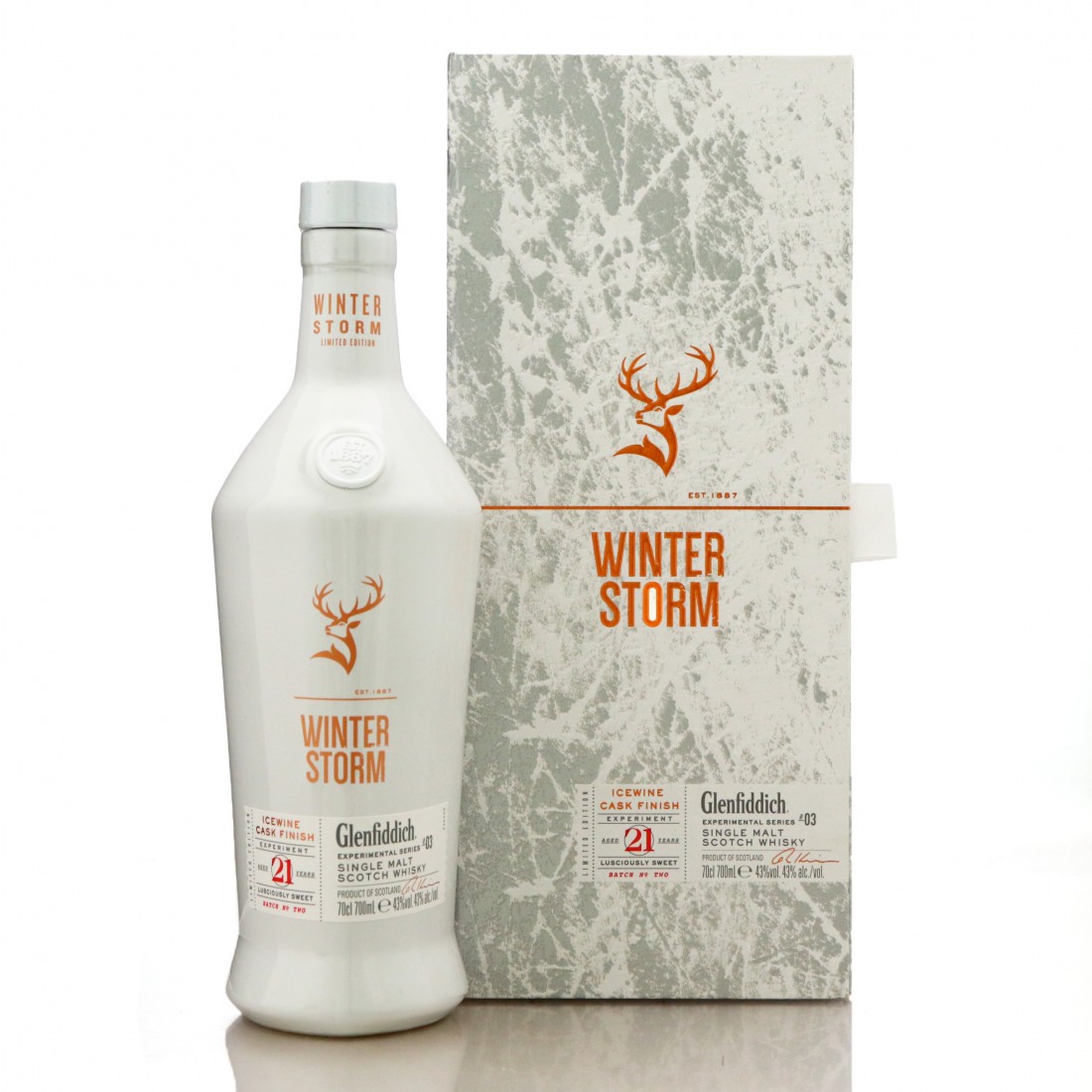 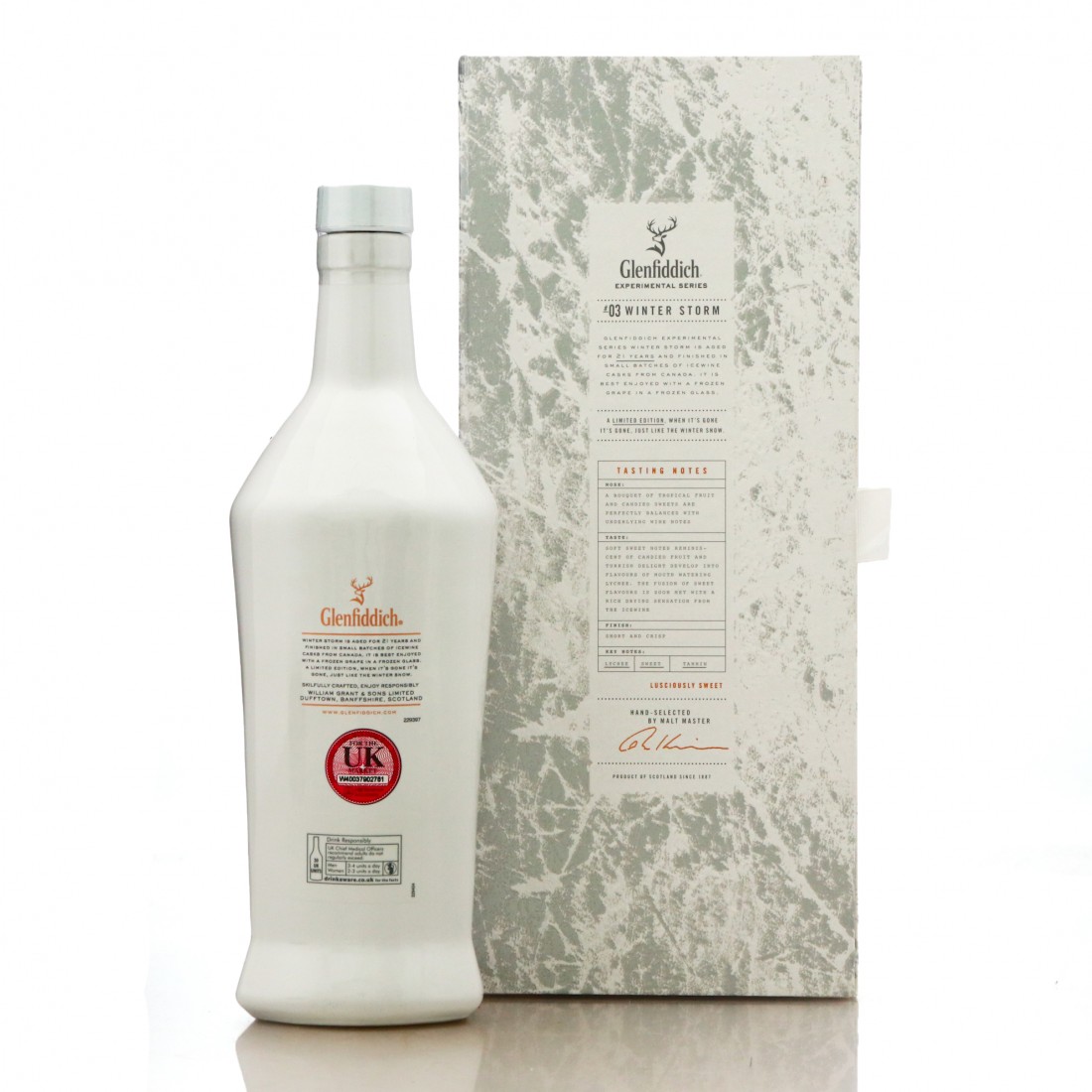 This was the third instalment in the Glenfiddich Experimental Series and the first to be a limited batch release. The initial batch was launched in October 2017, with this second run released in March 2018.

Winter Storm is a 21 year old Glenfiddich and was finished in an icewine cask from Peller Estate in Niagara, Canada.