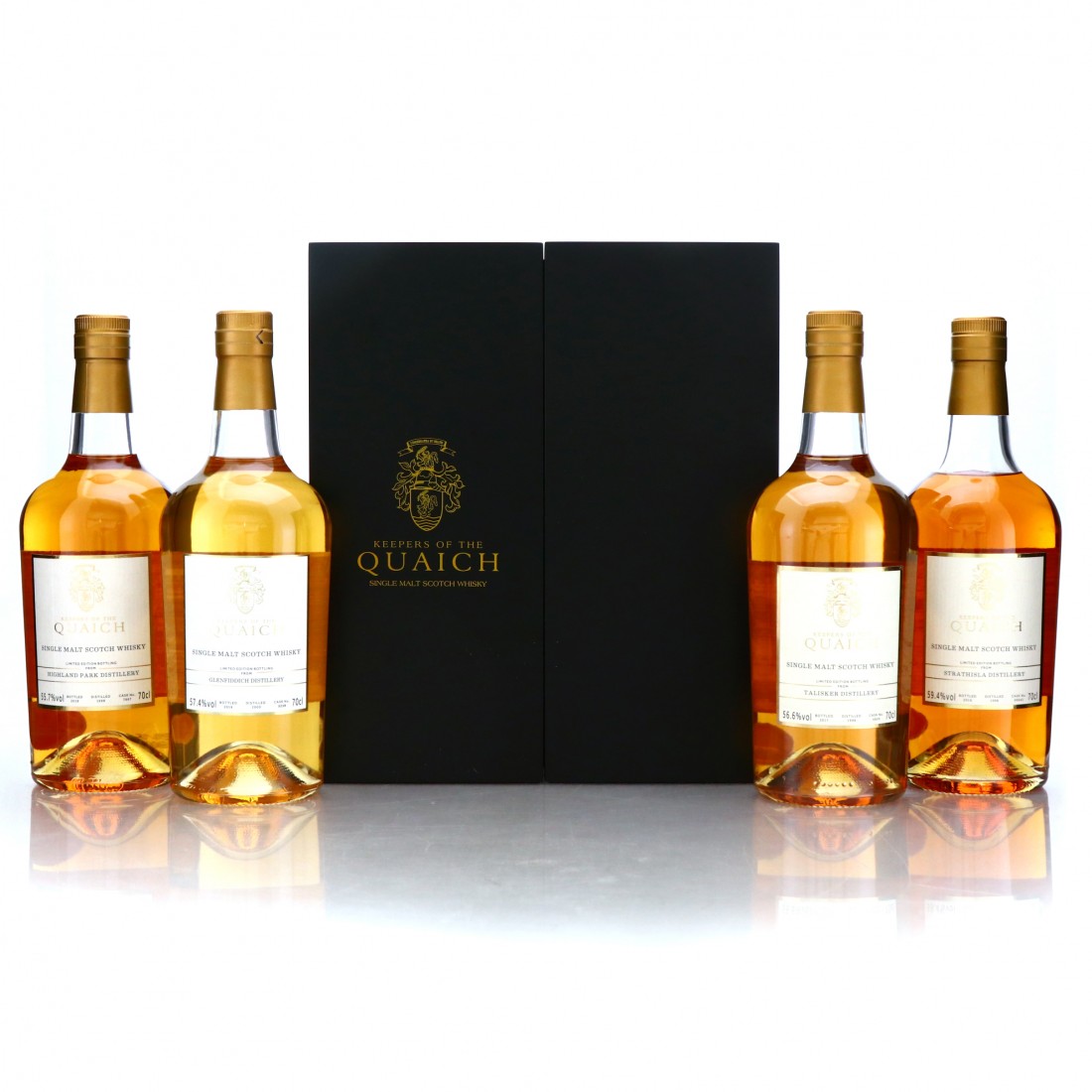 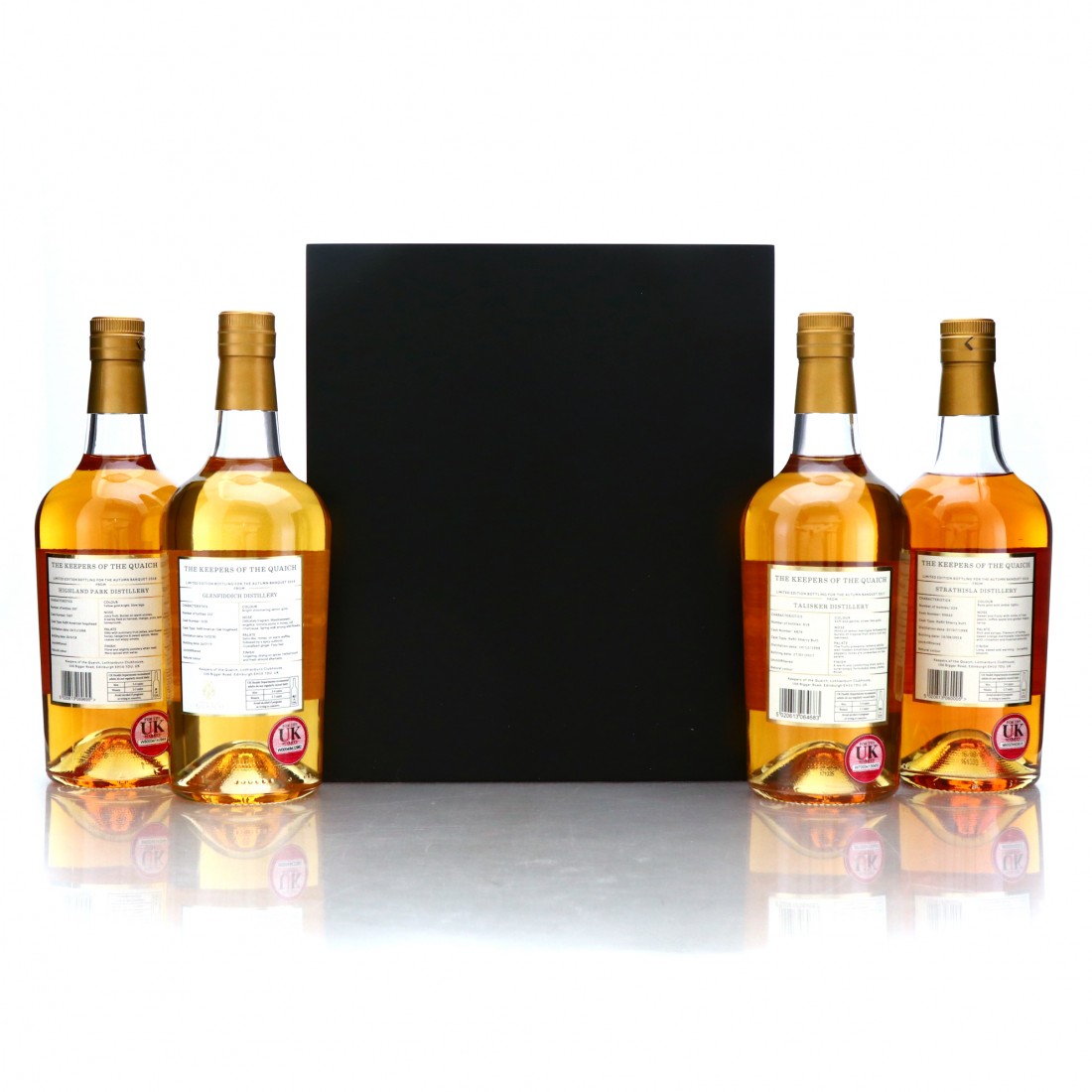 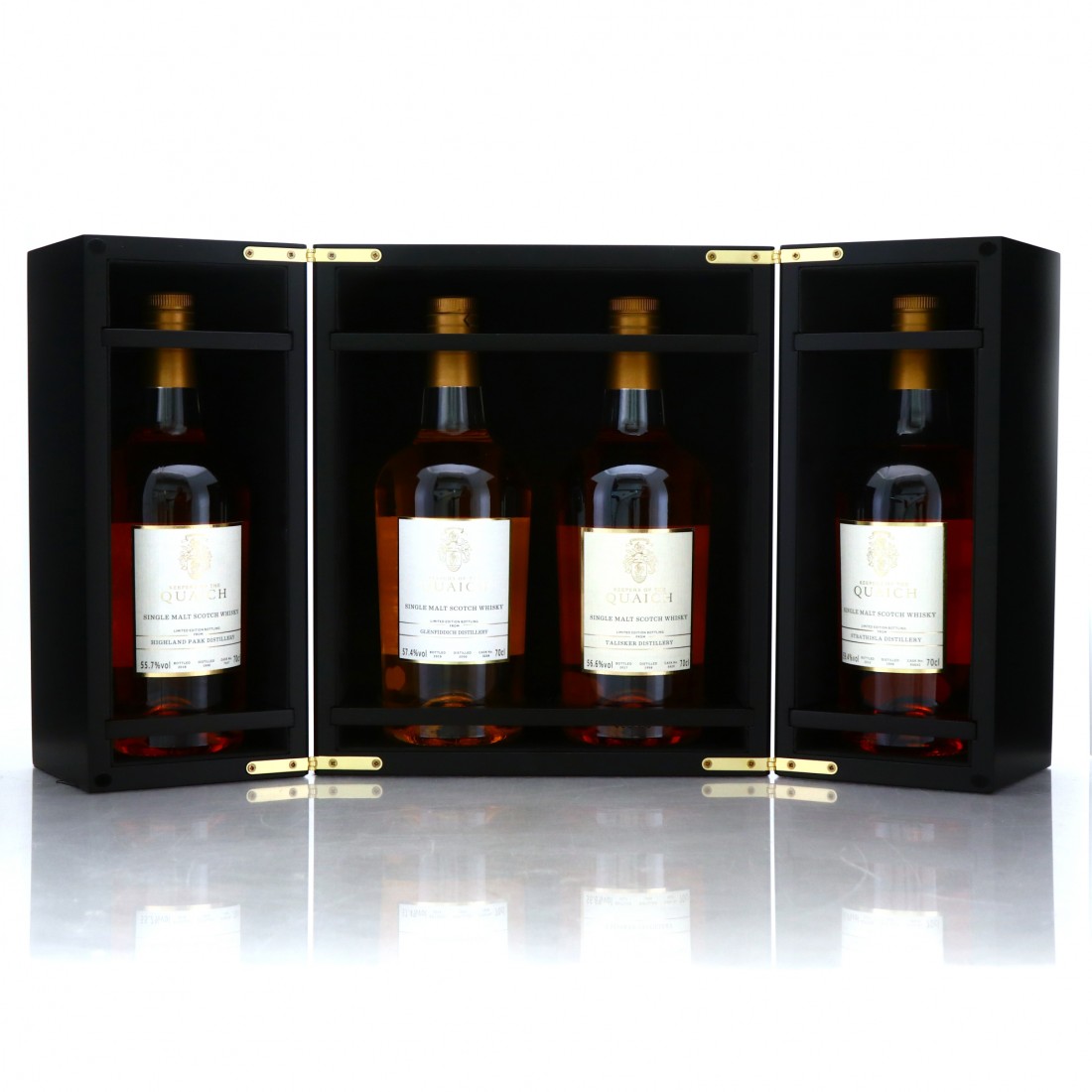 The Keepers of the Quaich are a society that recognises those that have shown outstanding commitment to the Scotch Whisky industry.

A rare single cask Highland Park, bottled on behalf of The Keepers of the Quaich for their Autumn banquet in 2018.

Distilled on 1998 and matured in a refill American hogshead.

A rare single cask Talisker, bottled on behalf of The Keepers of the Quaich for their Autumn banquet in 2017. Distilled on 10th December 1998 and matured in a refill sherry butt, this is one of 618 bottles.

A rare single cask Strathisla, bottled on behalf of The Keepers of the Quaich for their Autumn banquet in 2016.

A rare single cask Glenfiddich, bottled on behalf of The Keepers of the Quaich for their Autumn banquet in 2019.