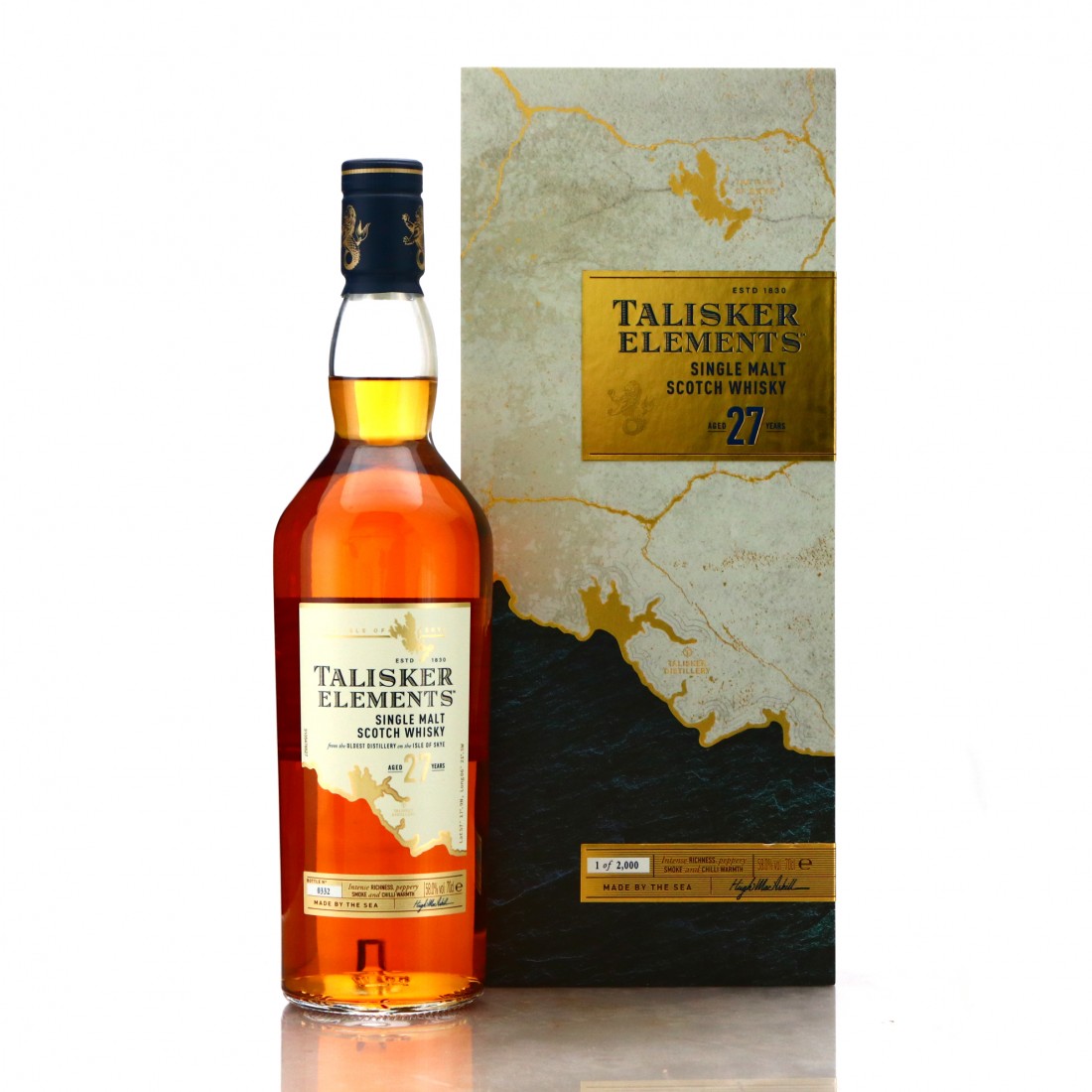 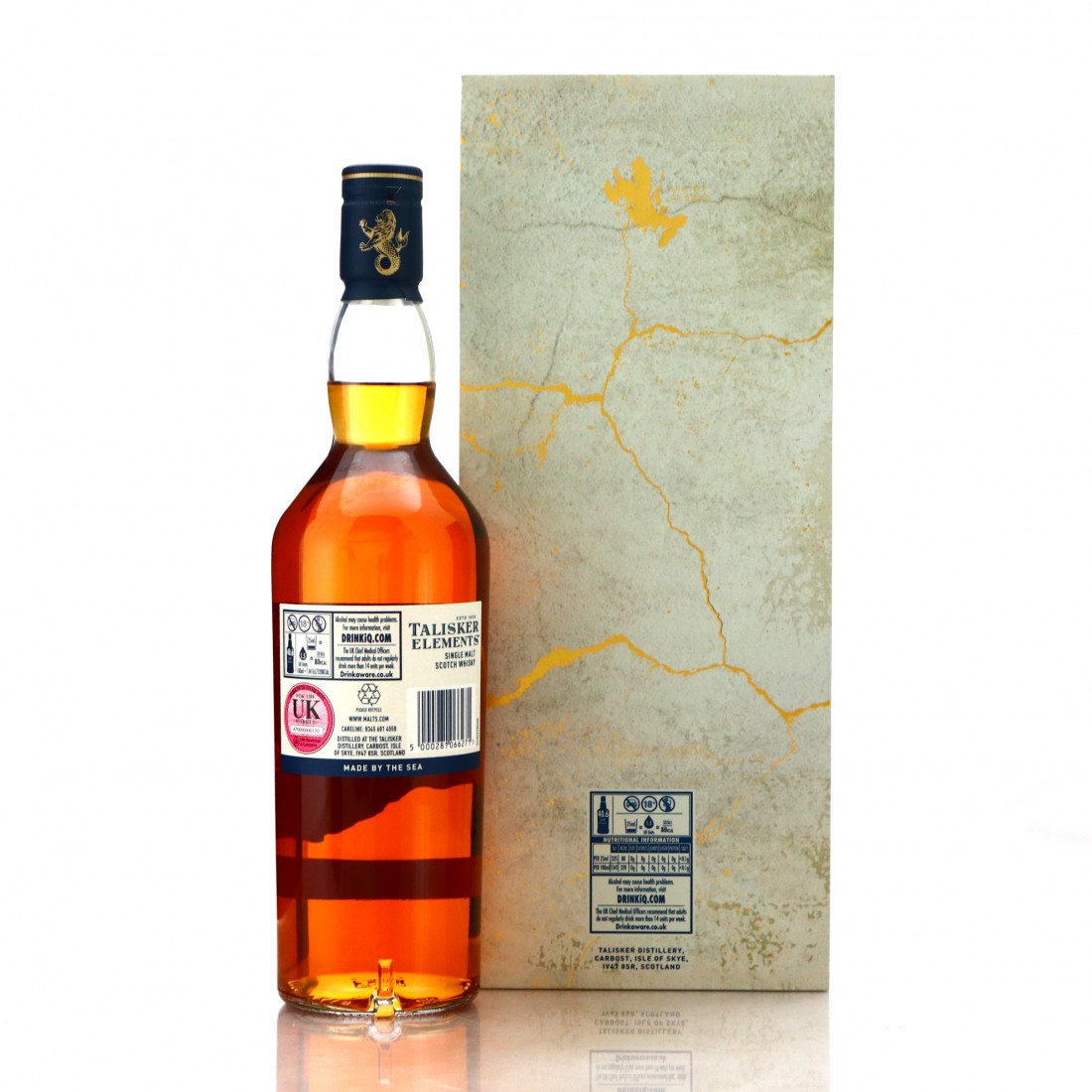 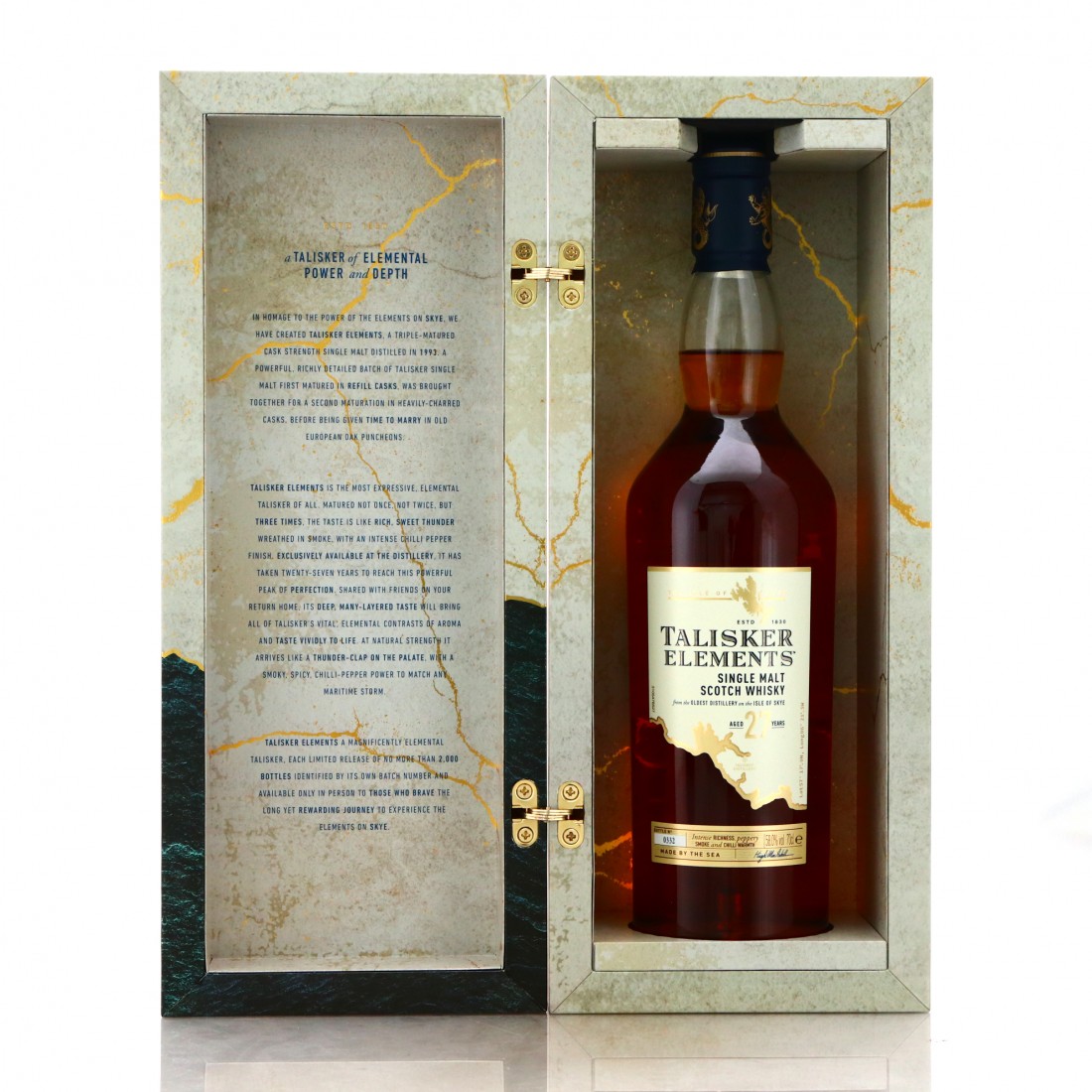 A special distillery exclusive, cask strength bottling of Talisker, released in 2022 by Diageo.

Talisker Elements is only the second triple-matured whisky the brand has released to date and can only be purchased from the Talisker Distillery in Skye. This expression has been aged in three different types of casks – firstly in refill casks of unspecified origin, followed by a second maturation in heavily-charred casks and finally in old European oak puncheons.