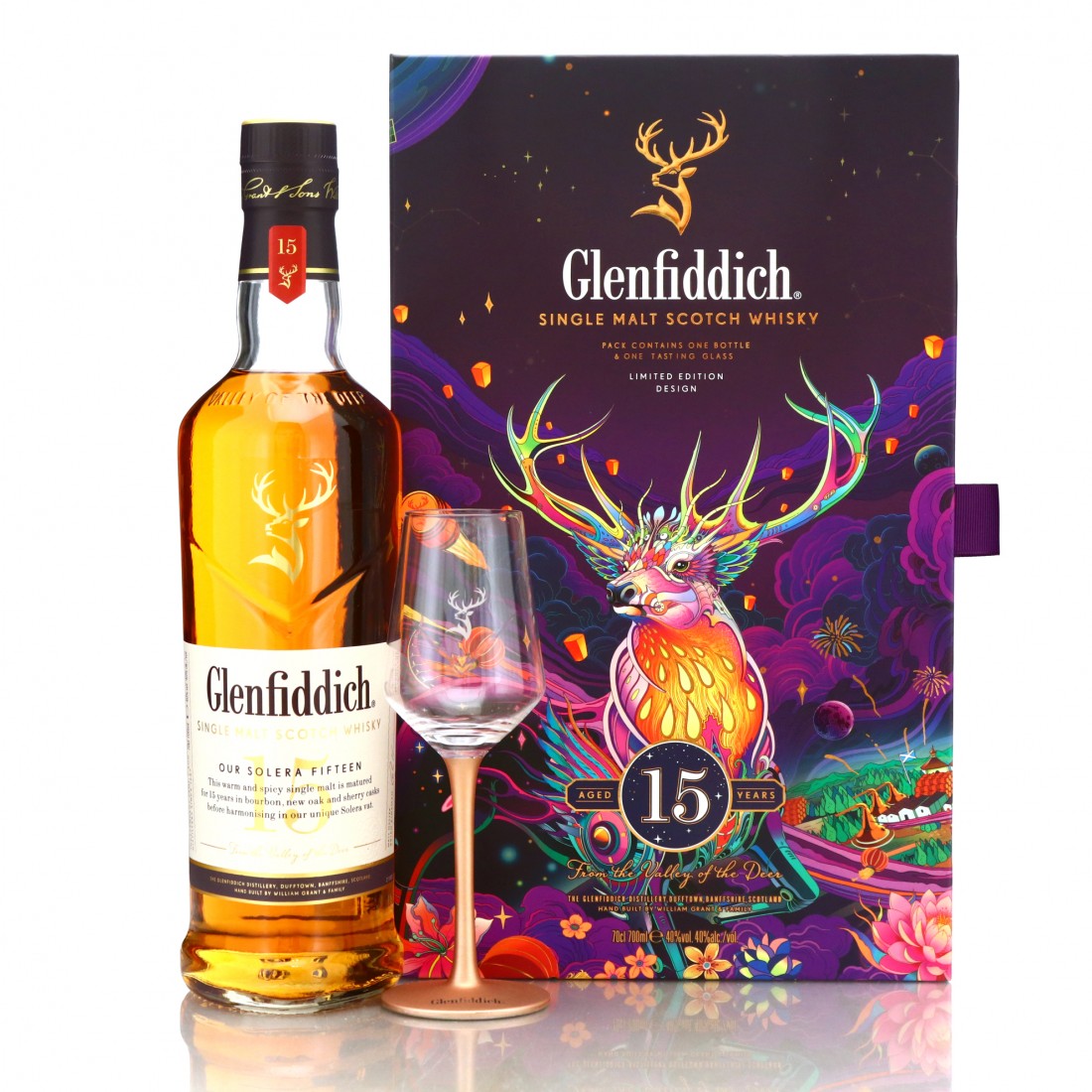 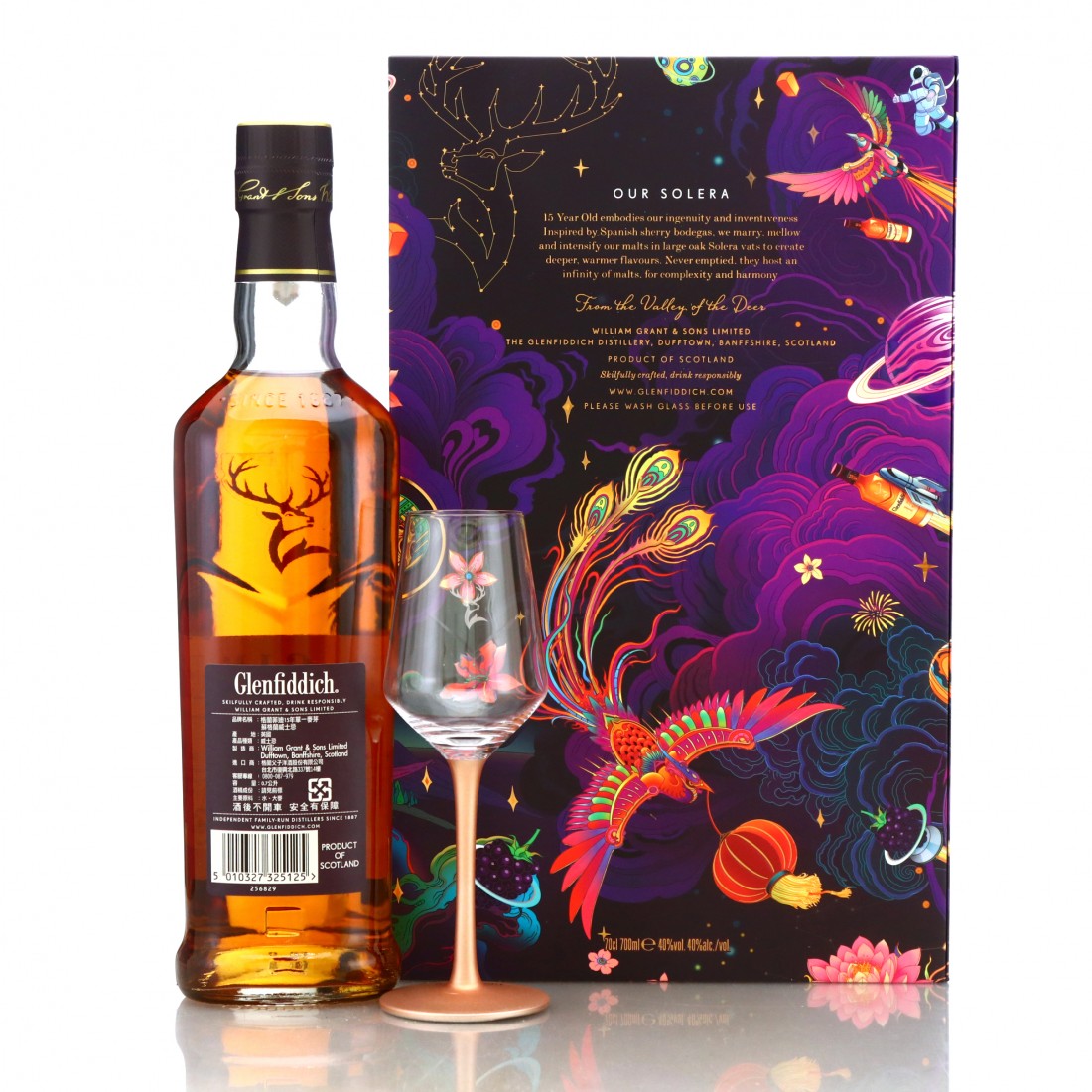 Introduced in 1998, this is the very under-rated 15 year old Glenfiddich, married together in the Speyside distillery's solera vat. This version is a limited edition design with two branded glasses

The whisky is matured for 15 years in bourbon, sherry and virgin oak, before being married together in the distillery's unique solera vat, which has never been fully emptied since its inception in 1998, according to the distillery, always remaining half full.