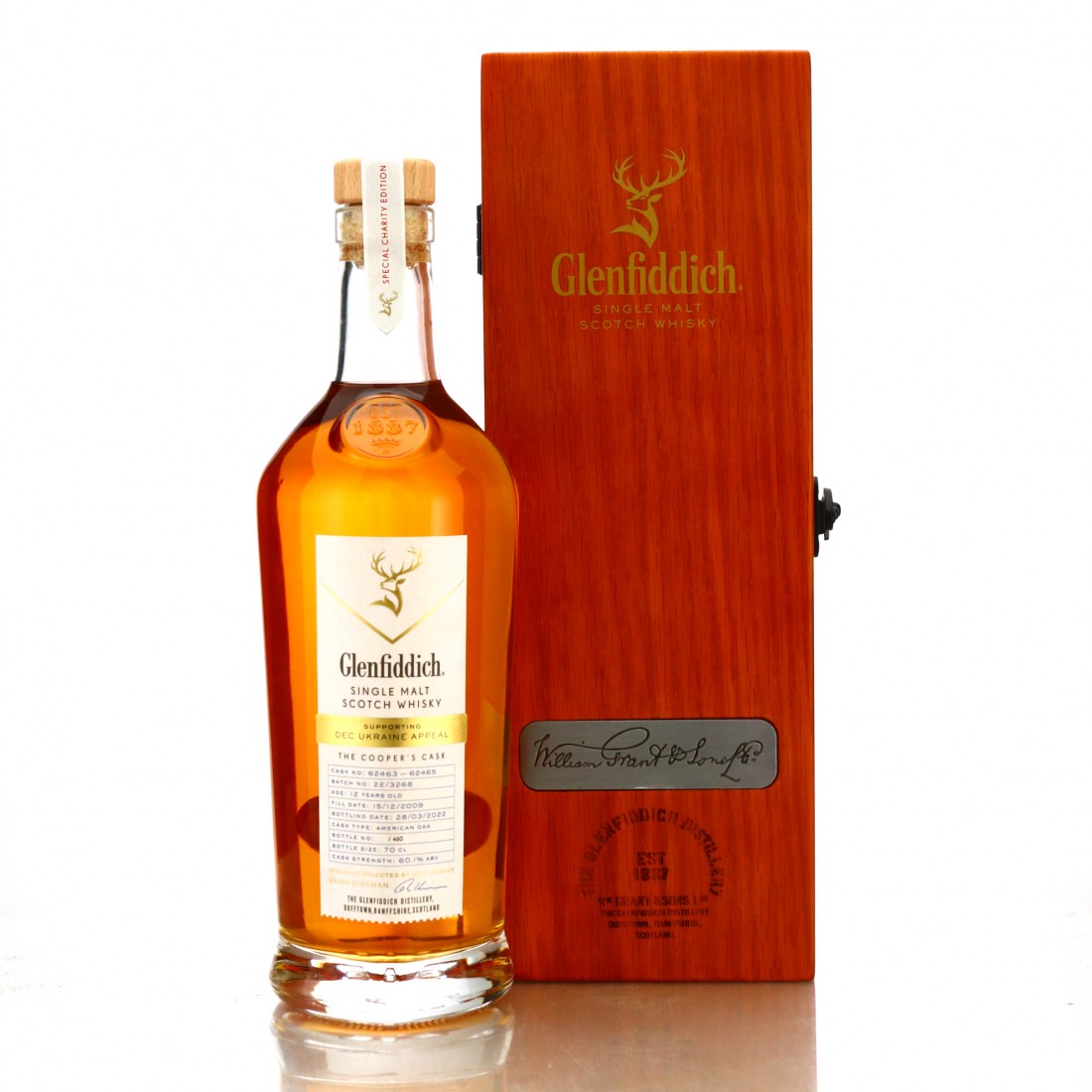 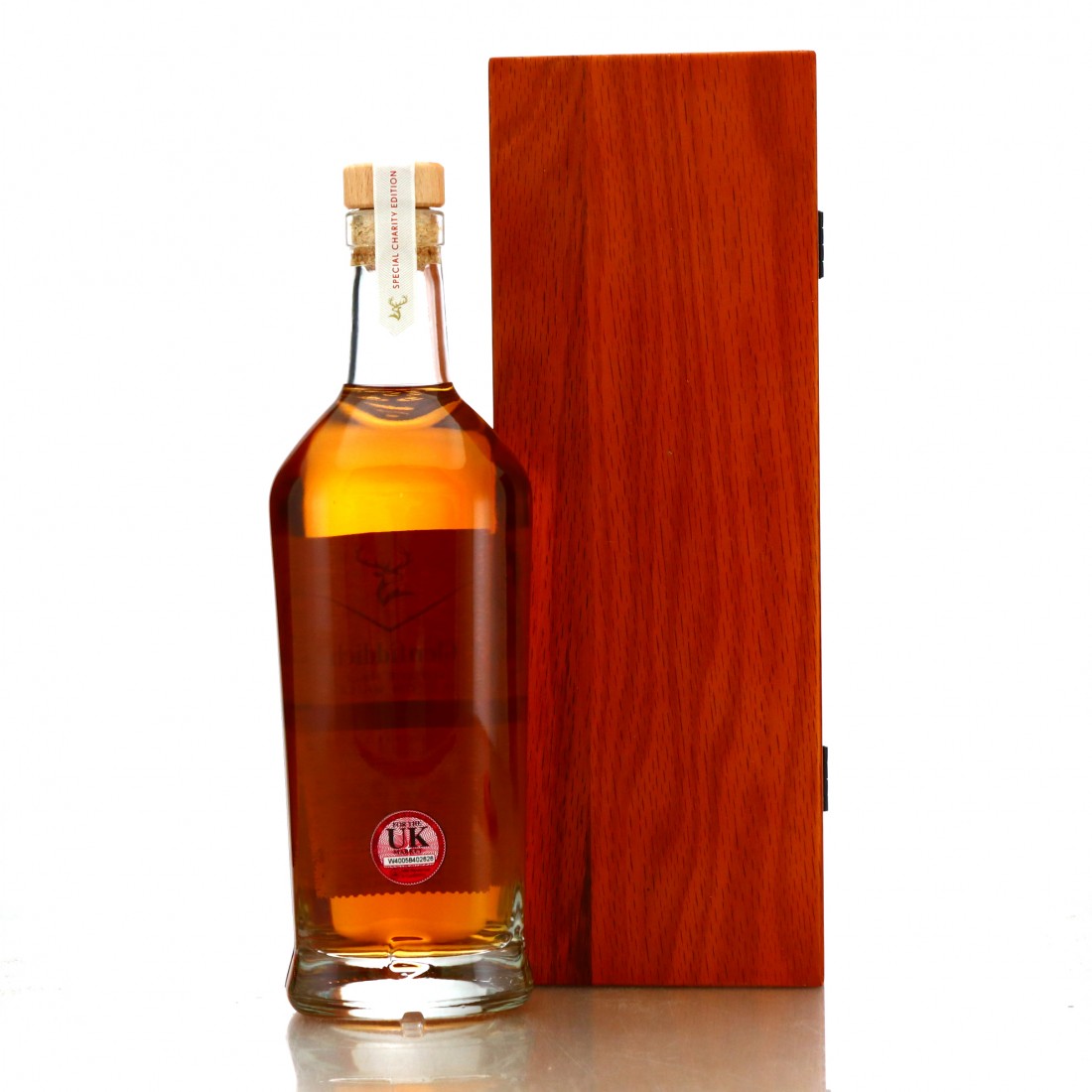 Winning Bid: £310
(Reserve has been met) This lot currently has: 3 bids

The Cooper's Cask was a very special release and the result of a cask strength micro-vatting of three American oak casks, hand-crafted by former Glenfiddich Head Cooper, Ian MacDonald. The casks were crafted using three types of wood: American oak, virgin American oak and ex-Bourbon oak, and were an experiment conducted by MacDonald into how the unique assembly would affect the final flavour of the whisky. These casks, #62463-62465, were filled on 15th December 2009 and specially selected for the Spirit of Speyside 2022 Edition by Malt Master, Brian Kinsman, who has hand-signed each of the individually numbered bottles.

This release was originally exclusively offered through Whisky Auctioneer in partnership with Glenfiddich, with all proceeds donated to the DEC Ukraine Humanitarian Appeal.