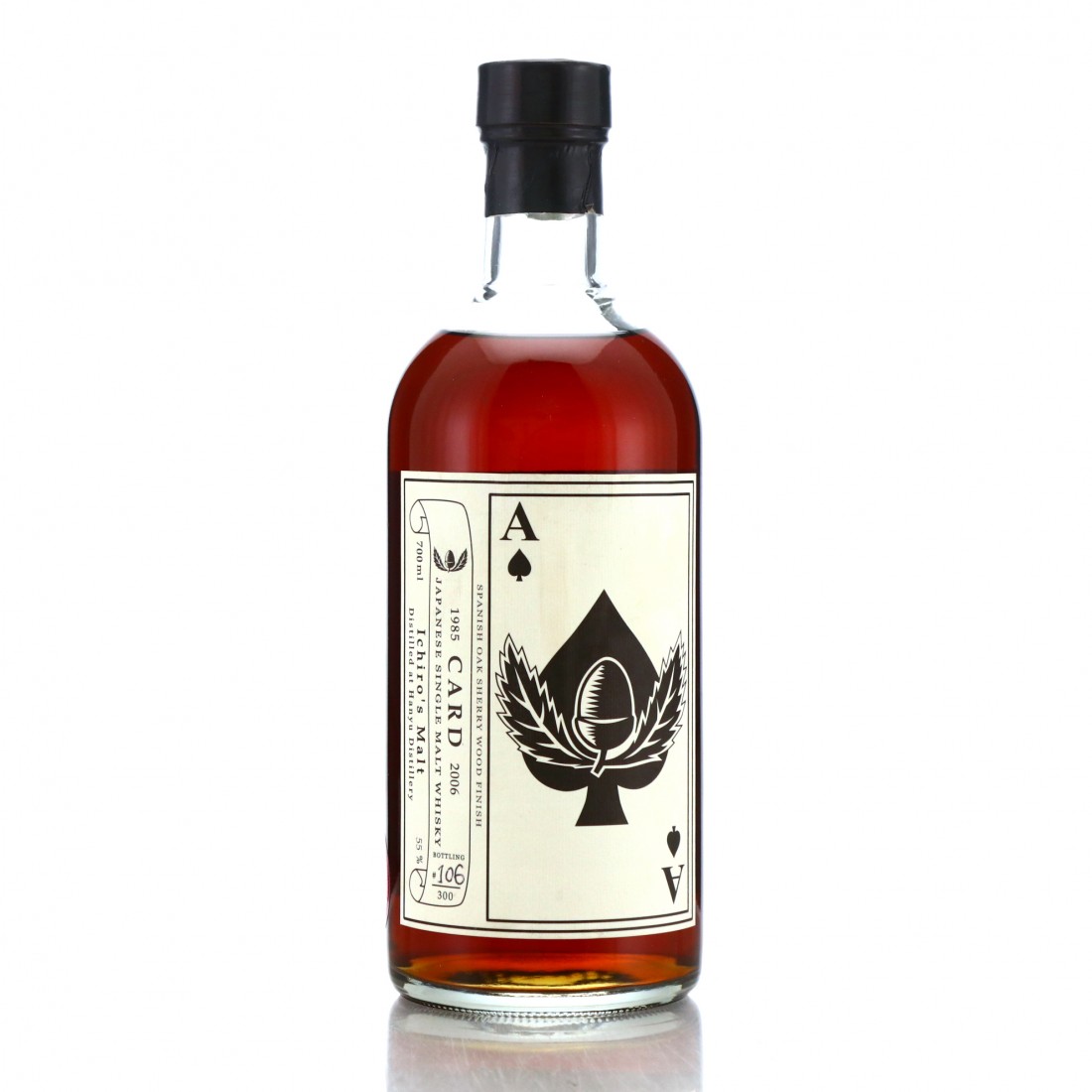 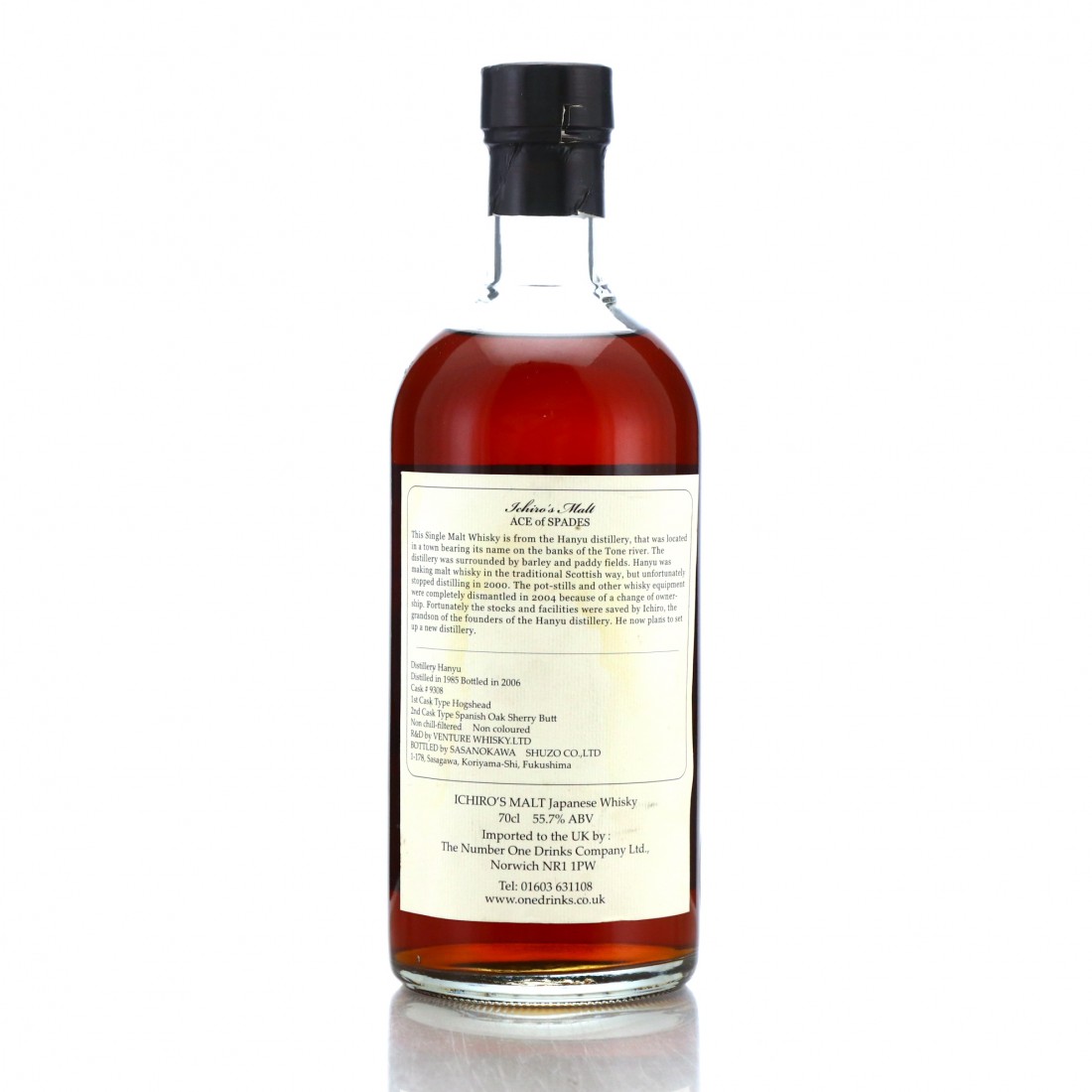 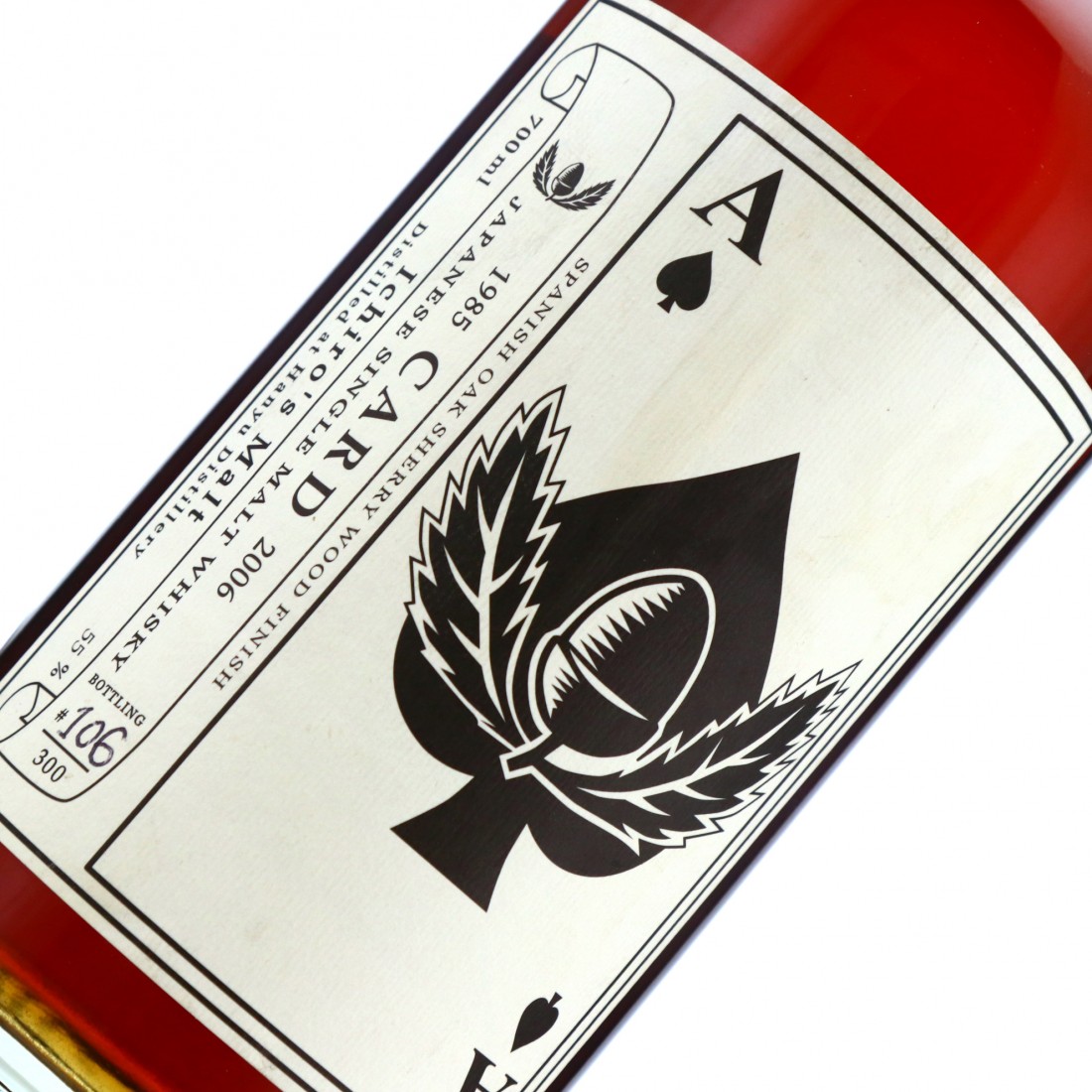 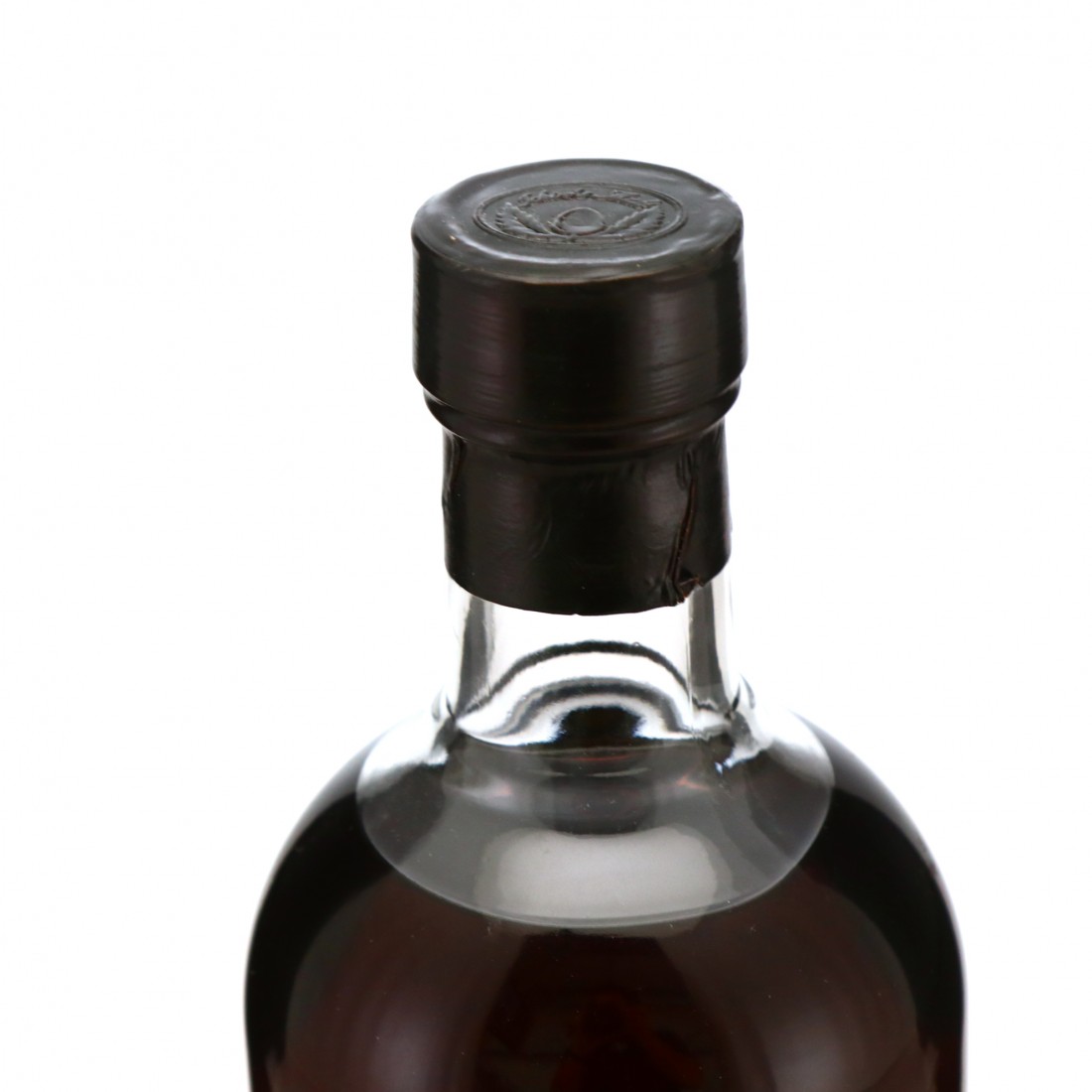 Since its stills were turned off in 2000, Hanyu has become one of Japan's most sought after single malts. An economic recession at the turn of the millennium forced the distillery to shut its doors, and the remaining casks of its unblended whisky stock were purchased by Venture Whisky, a firm established by the Hanyu distillery founder's grandson, Ichiro Akuto, in 2004. In 2005 he bottled his first single casks under the Ichiro's Malt label. He later cemented his legacy with the opening of the acclaimed Chichibu distillery, but his finest achievement will surely always be considered to be the Hanyu 'Card' series. The bottles are a collection of 58 releases, each displaying one of 52 playing cards on the label, two jokers, and a second batch of follow up releases to the original 2005 Ace of Spades, Queen of Hearts, King of Diamonds, and Jack of Clubs bottlings. Each unique in its own right, every one of these have become a true collector's piece and an important moment in the history of Japanese whisky.

Perhaps the second most talked about bottle within the series, the Ace of Spades was originally released in 2005 and comes from a traditional oak cask that was re-racked into a single Spanish oak sherry butt #9308. This is the second bottling, released in 2006.

Distilled in 1985 and bottled as a 21 year old, this highly sought after edition was limited to only 300 bottles, this is bottle number 106.