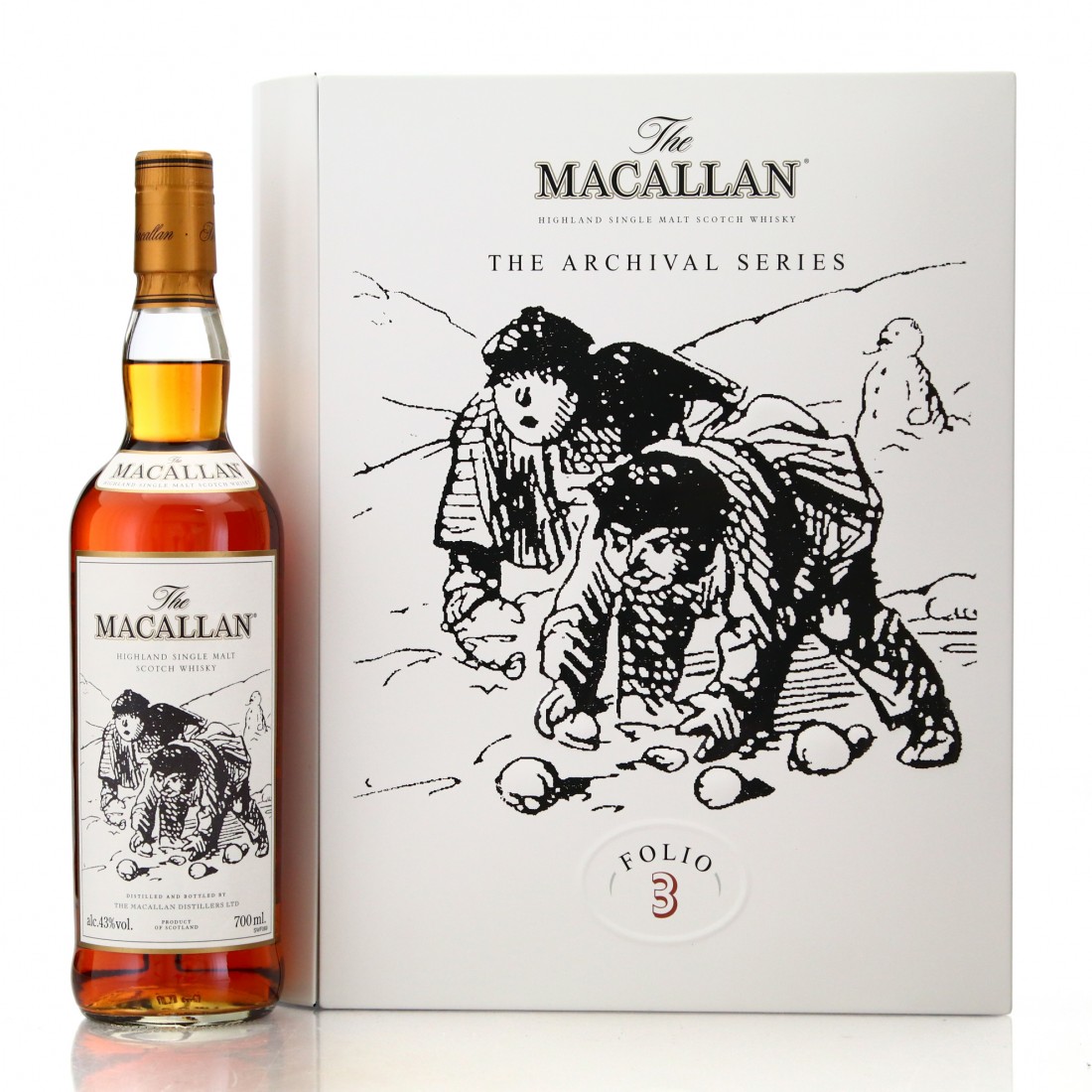 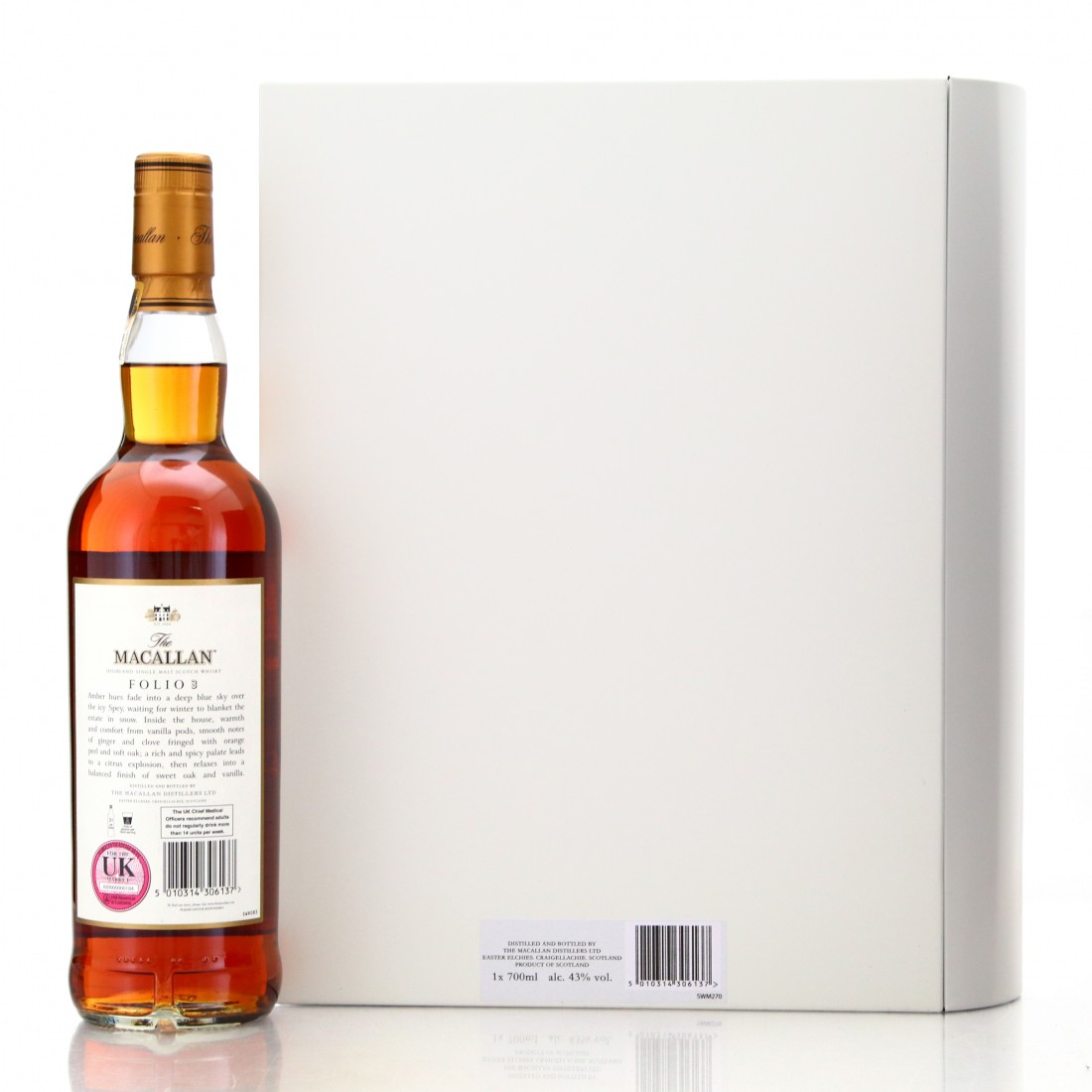 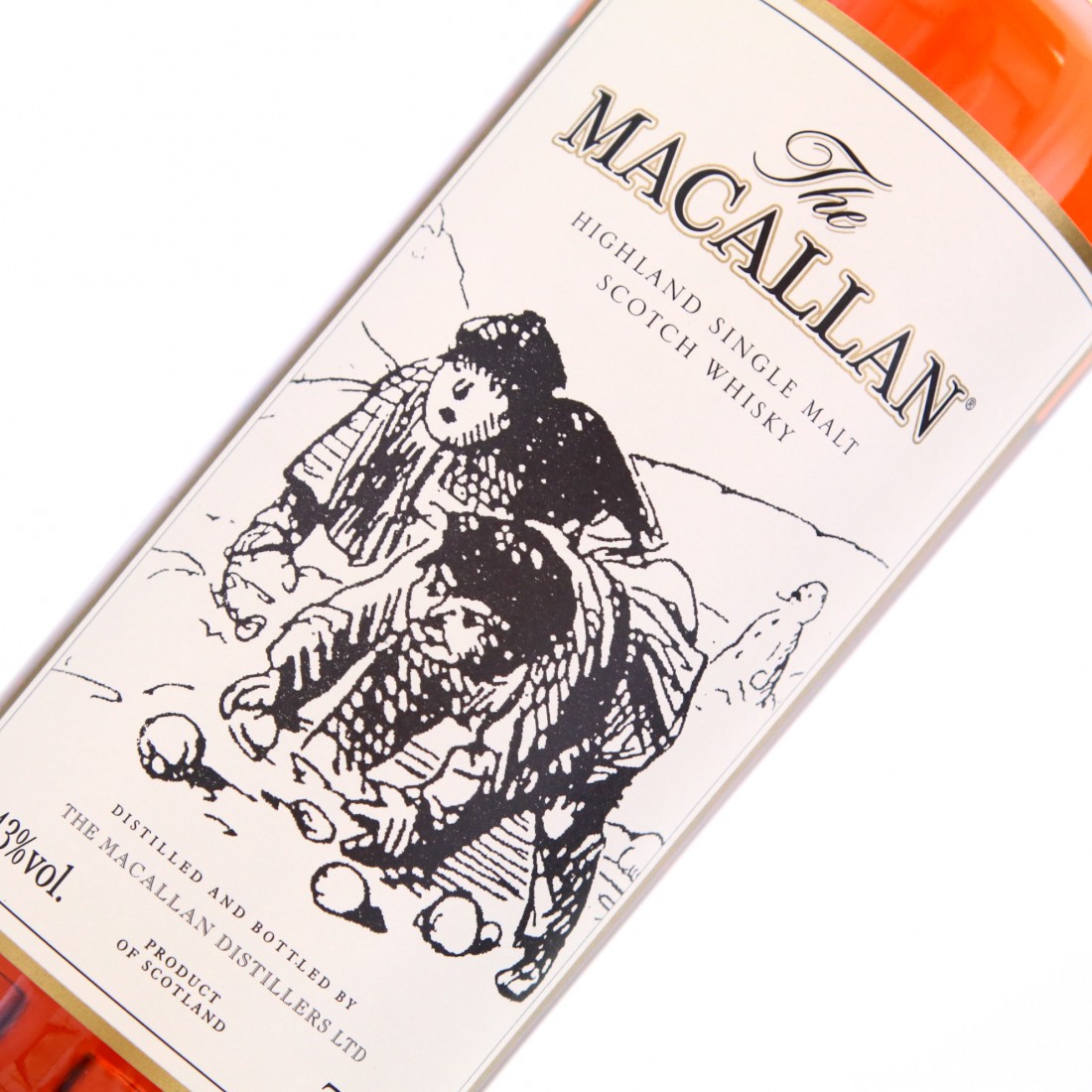 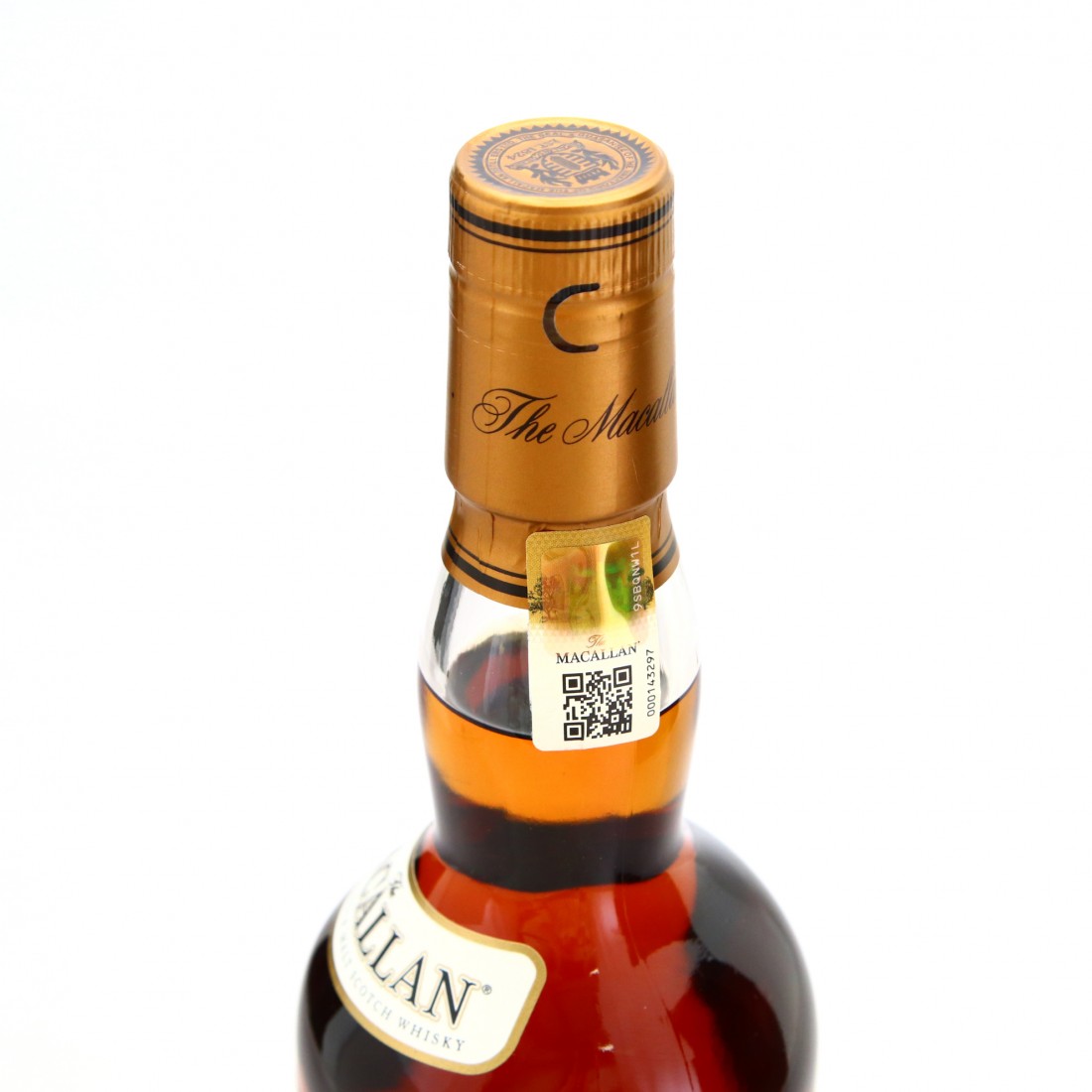 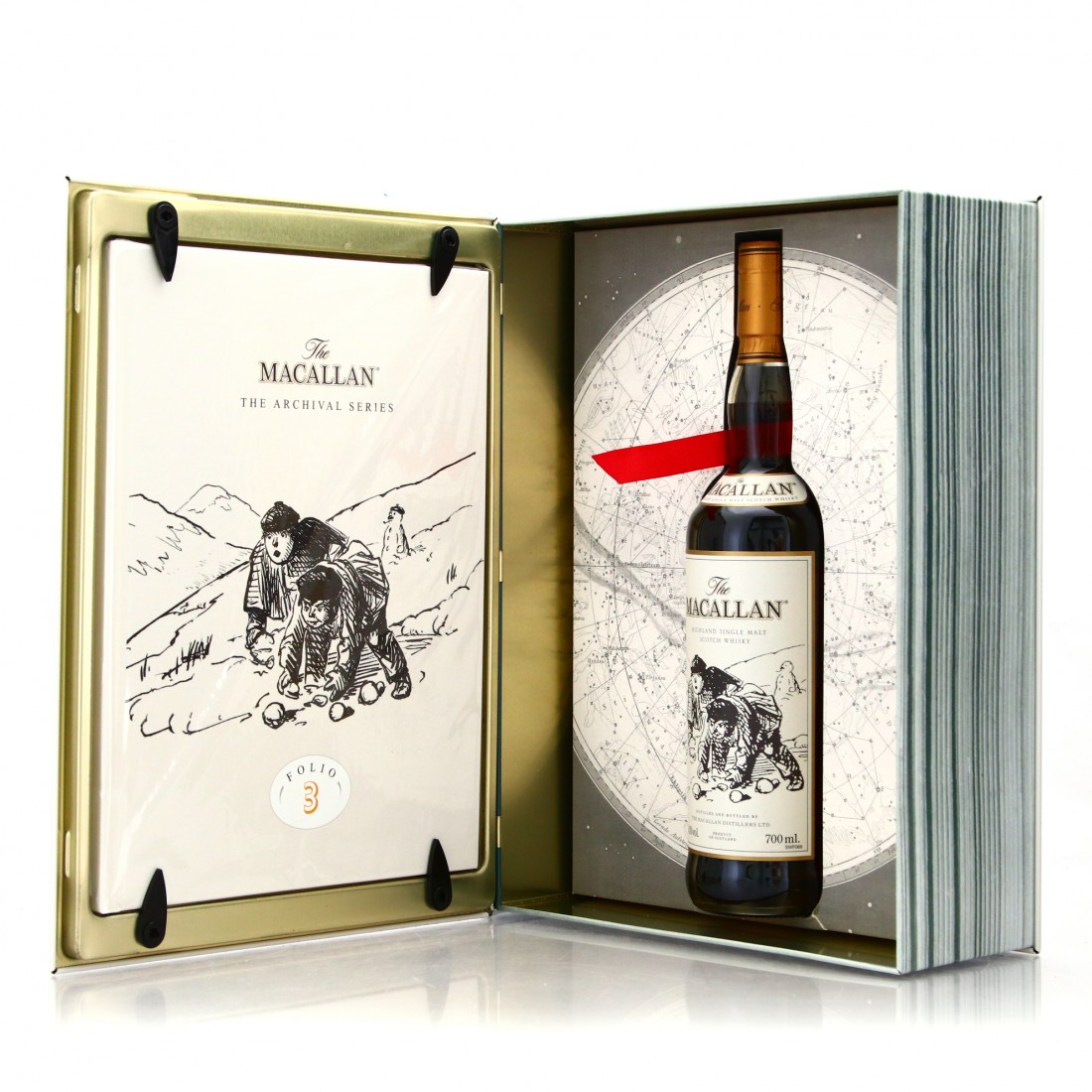 The theme of the Folio 3 is Macallan advertising campaigns from the 1980's and 1990's, and the presentation includes a book containing the best of these. The illustration on the box is from an advert used in a Victorian era edition of Punch magazine, and is intended to capture the notion that whisky is best produced in cold weather, a remark that Macallan claim was made on their very own estate at Easter Elchies.

The 2018 edition of this limited release from Macallan, this was only available from the distillery and was the third in the series.

As with the previous Folio releases, the bottle is presented in an elegant book-shaped tin box.