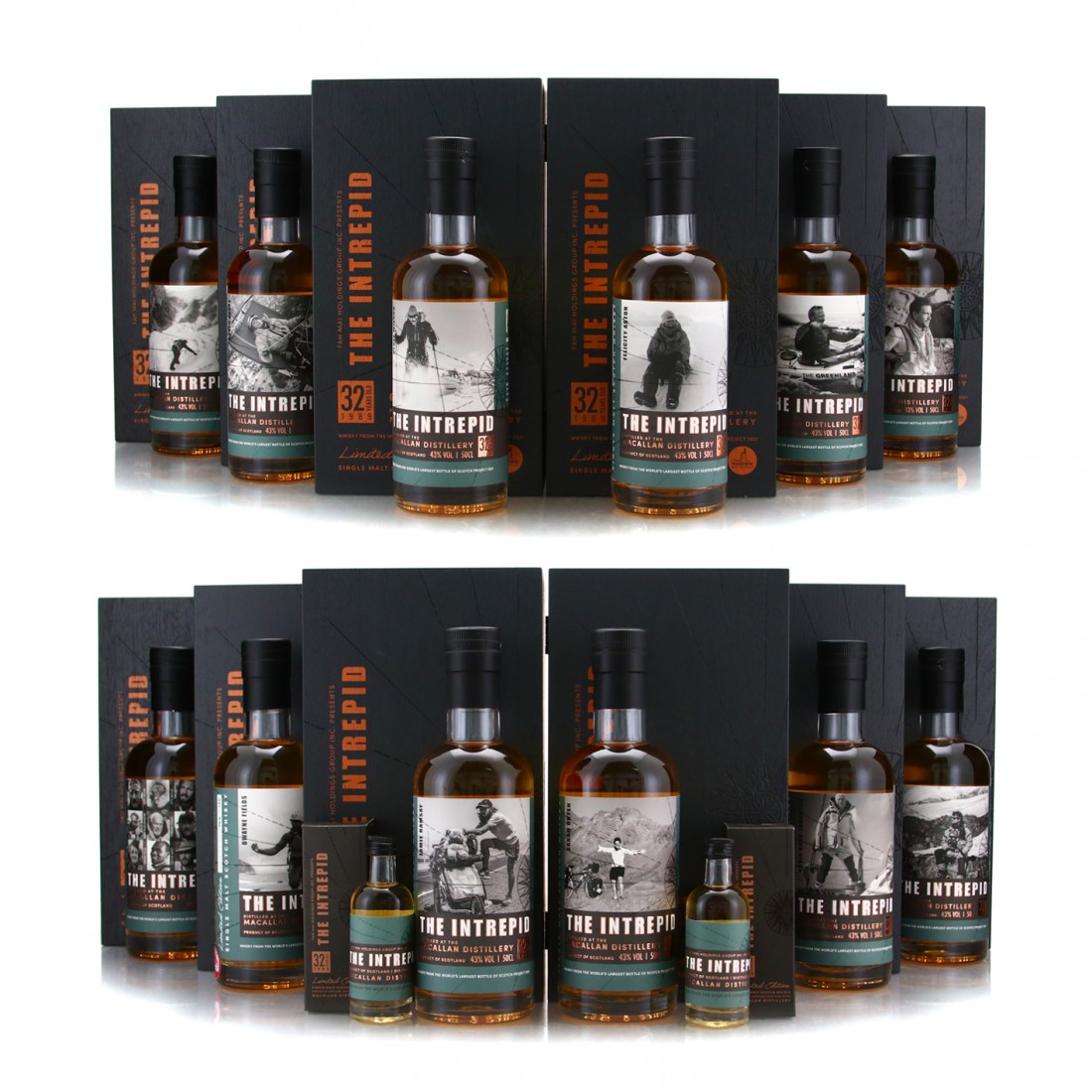 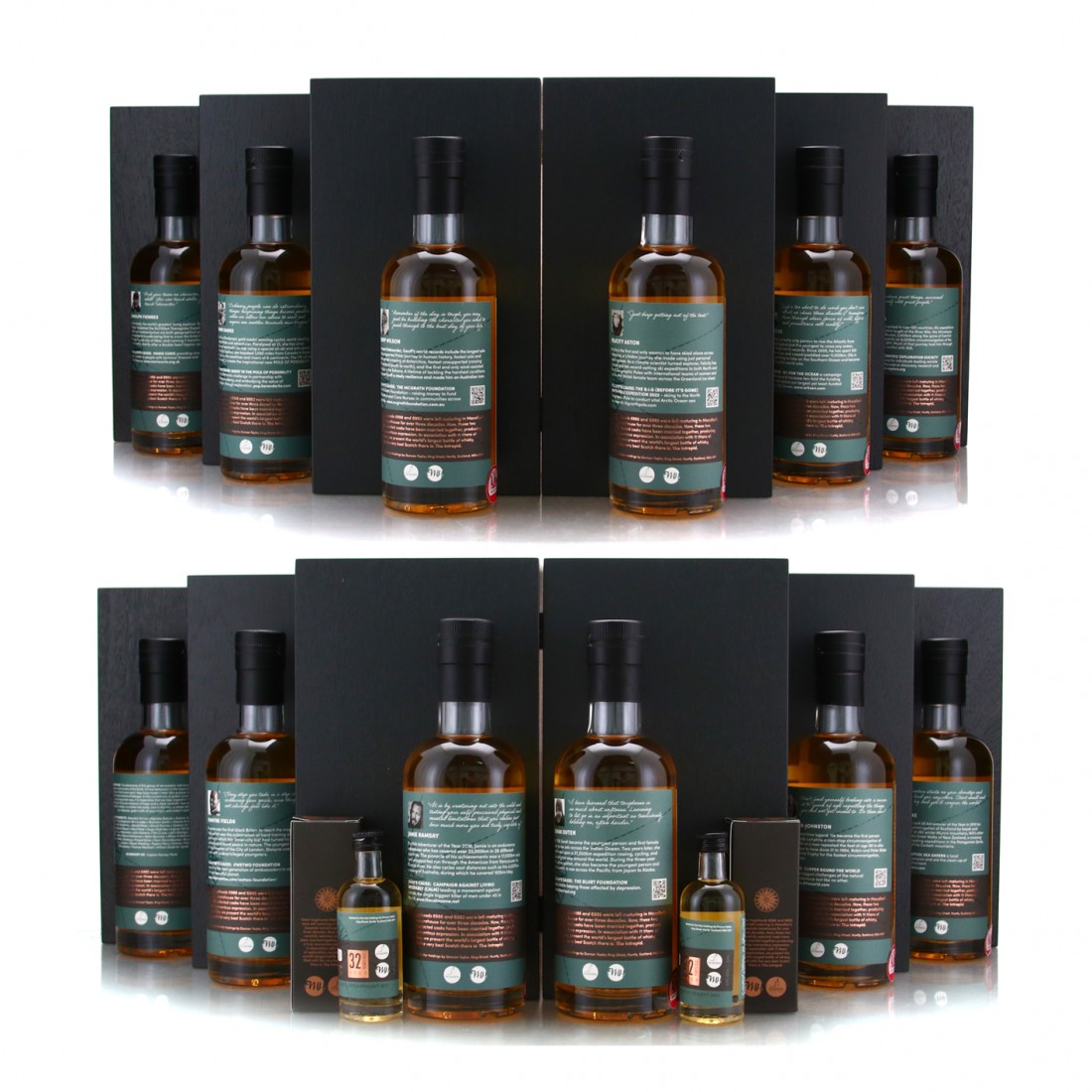 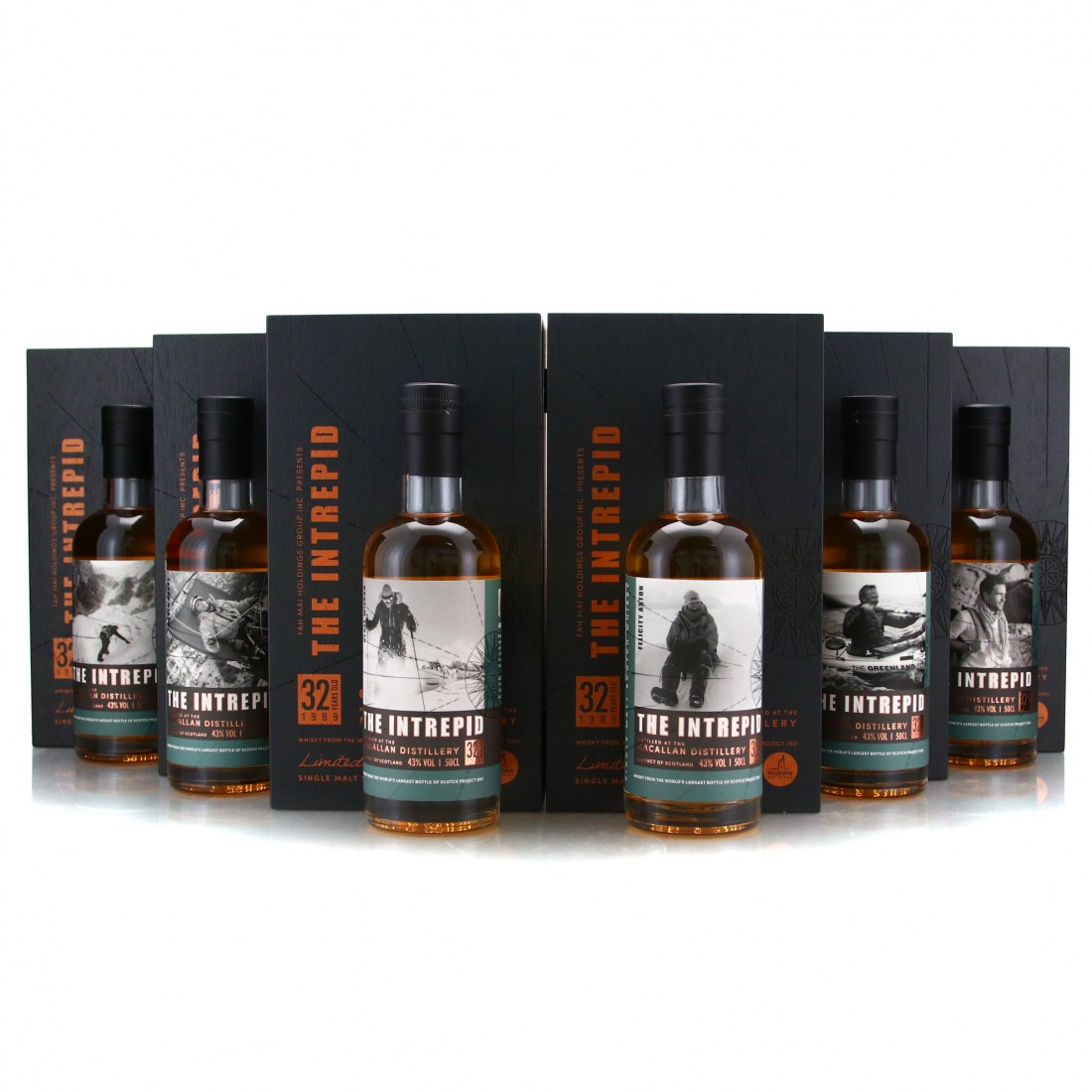 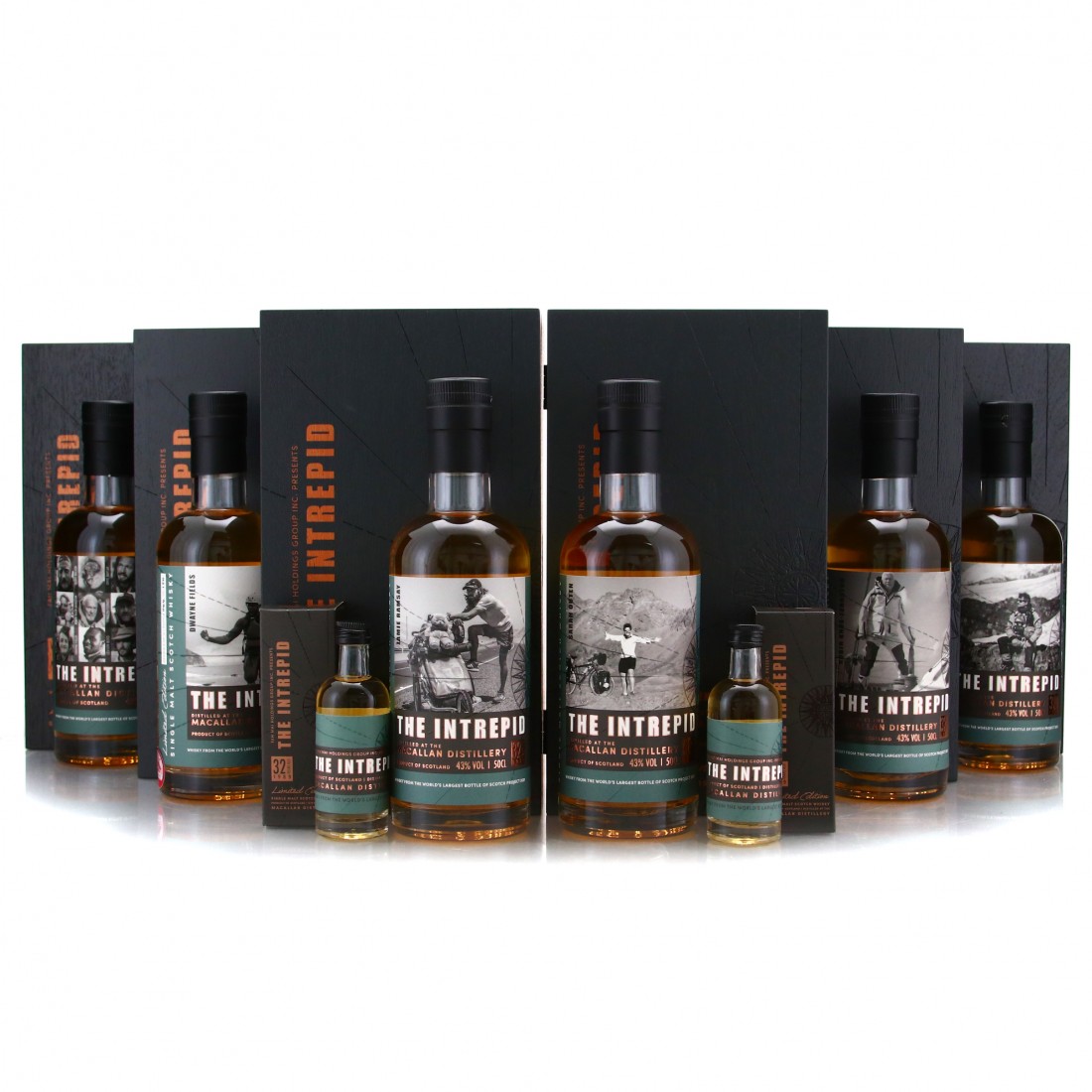 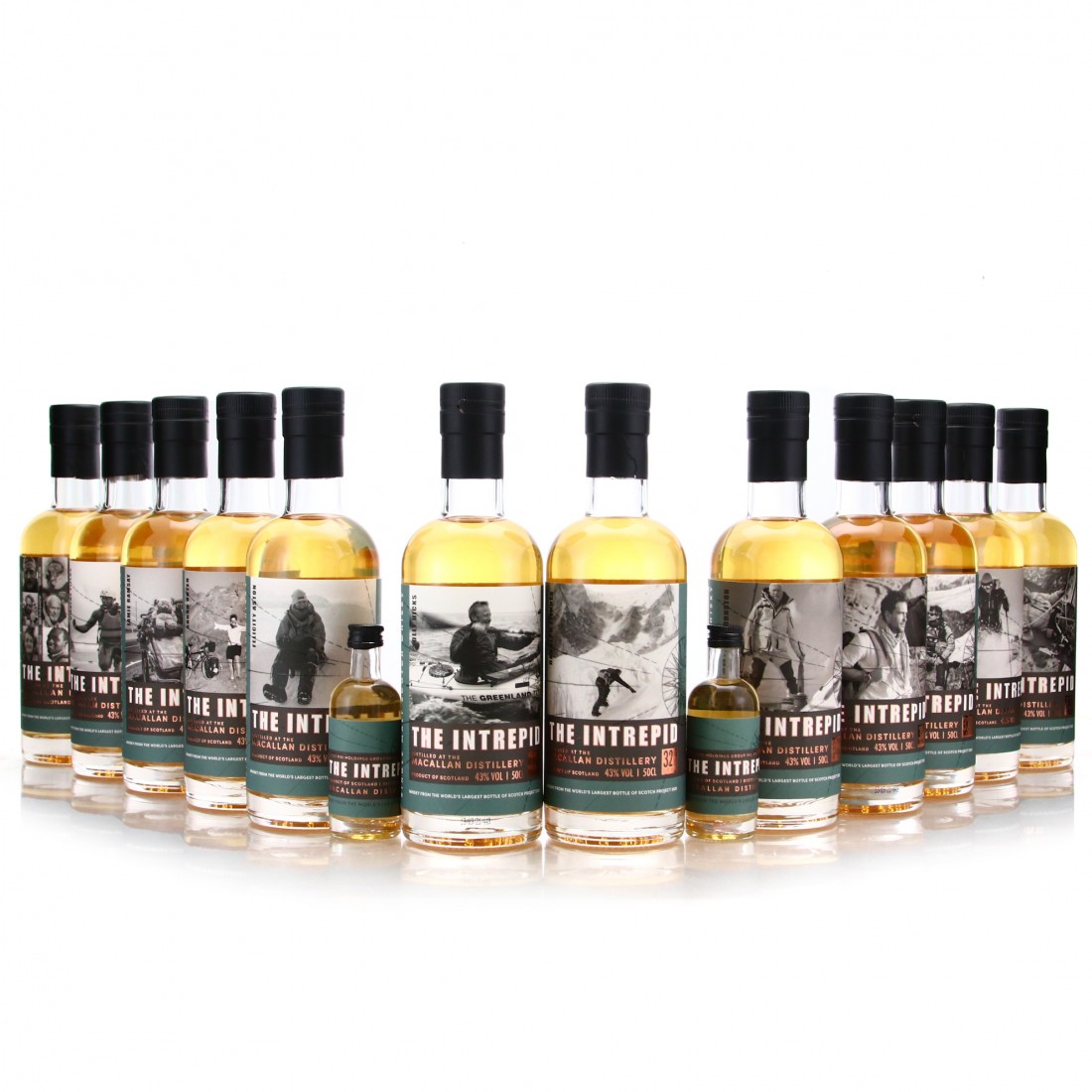 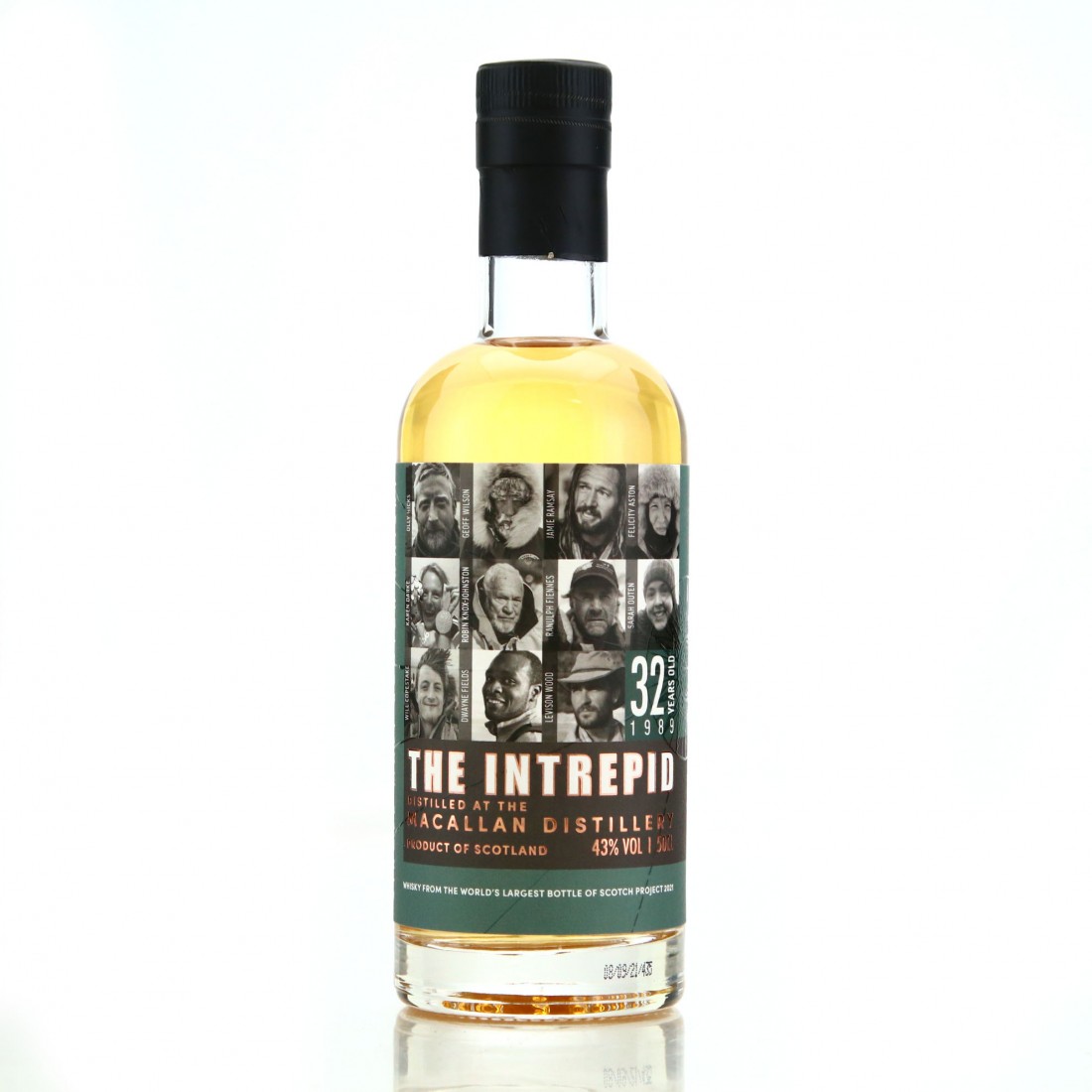 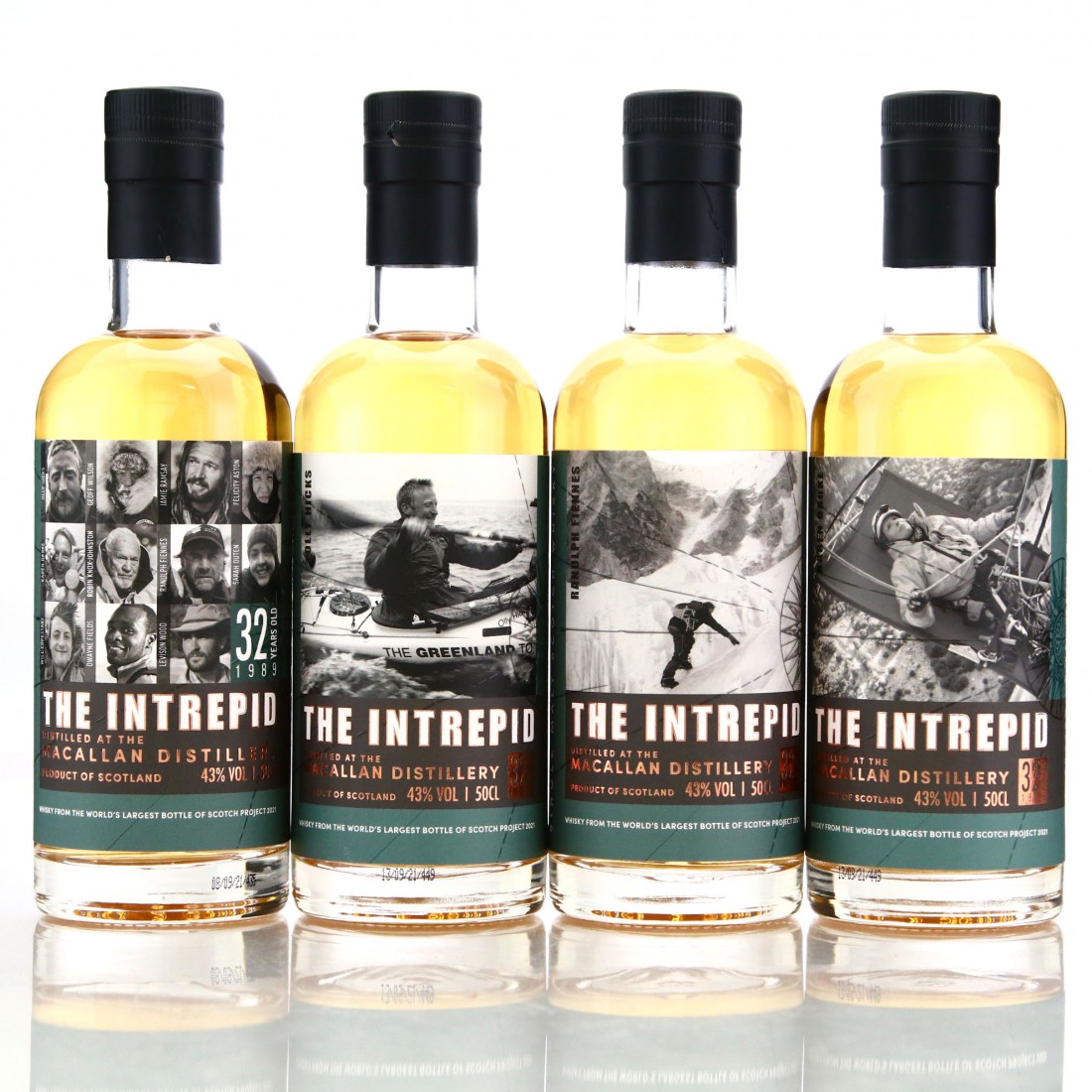 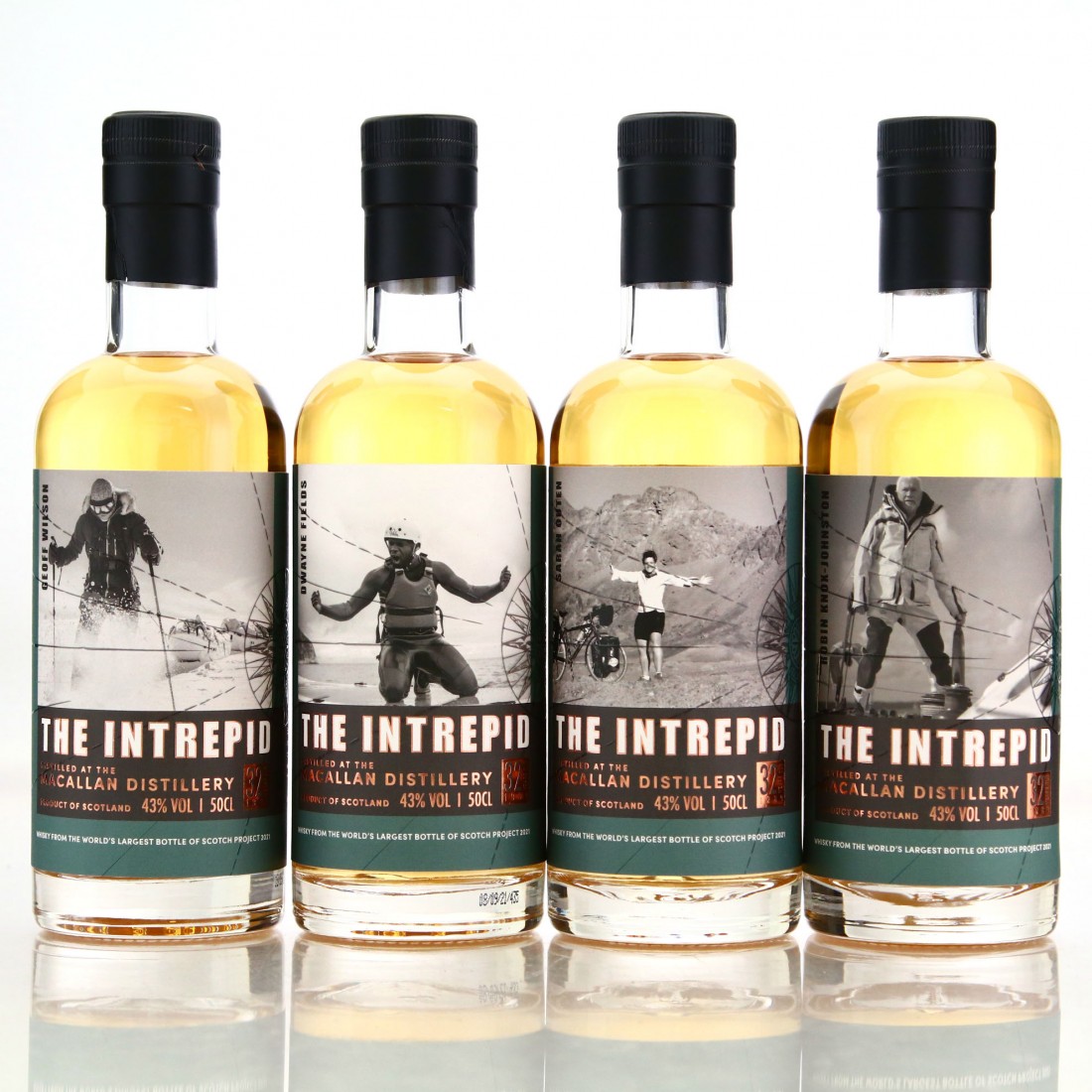 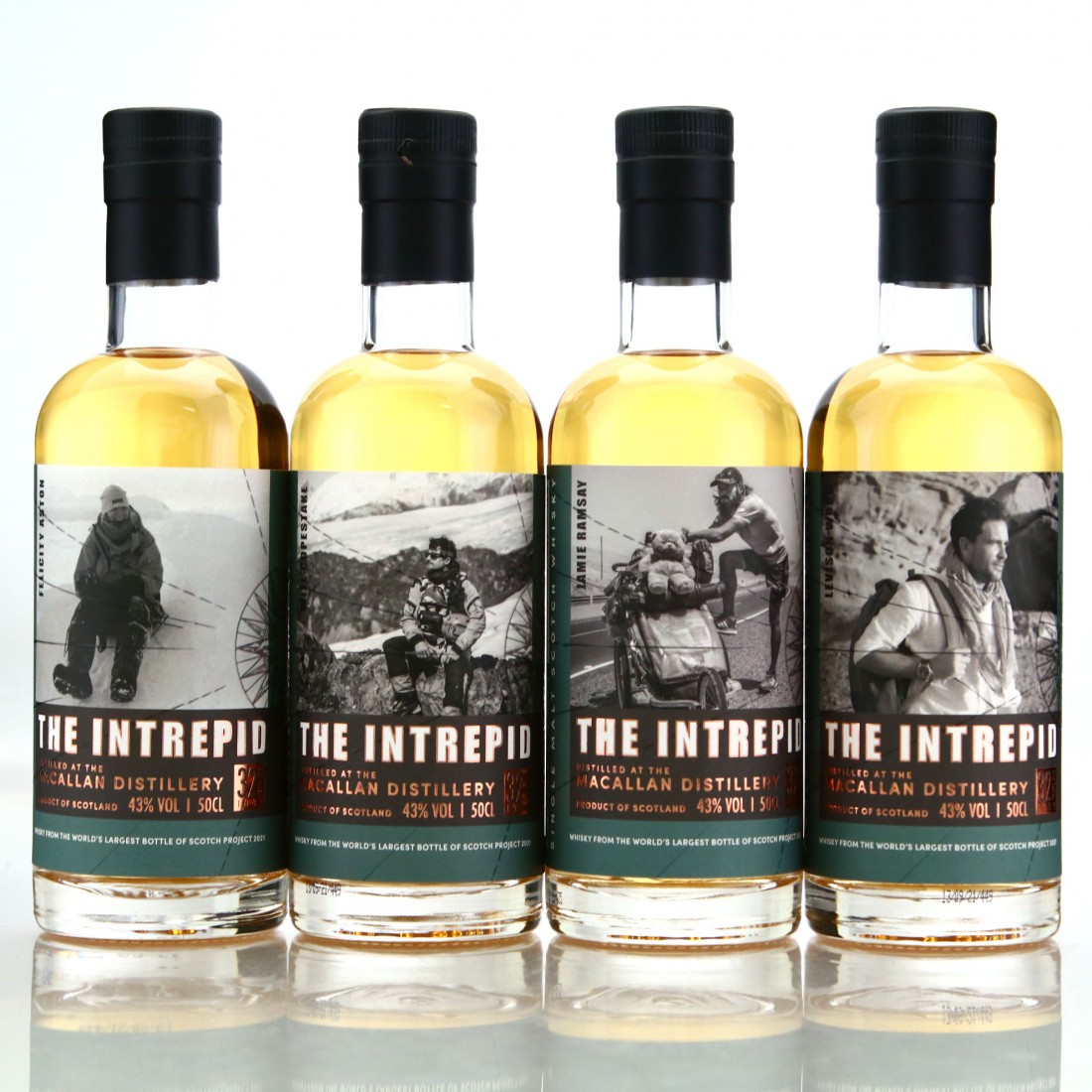 This is a complete set of the 12 different label designs of The Intrepid, a series of bottlings drawn from the 1.8m tall, 311 litre bottle of Macallan that became the world record holder for largest bottle of Scotch whisky in 2021.

This lot comprises 12 x 50cl from the release of 150 bottles. Plus 2 miniature bottles of the same whisky.

Each label features a famous explorer, their story and details of the charity they support.