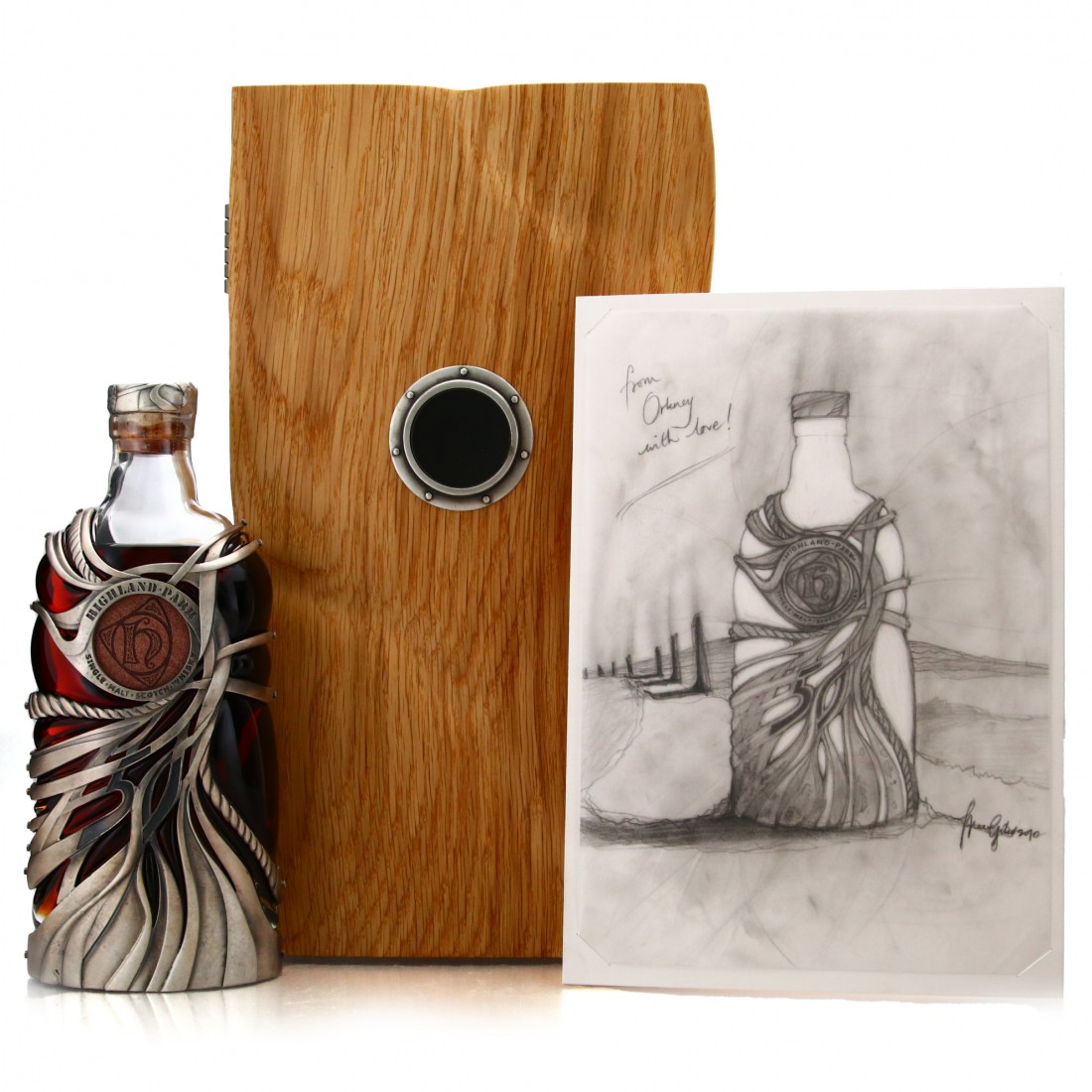 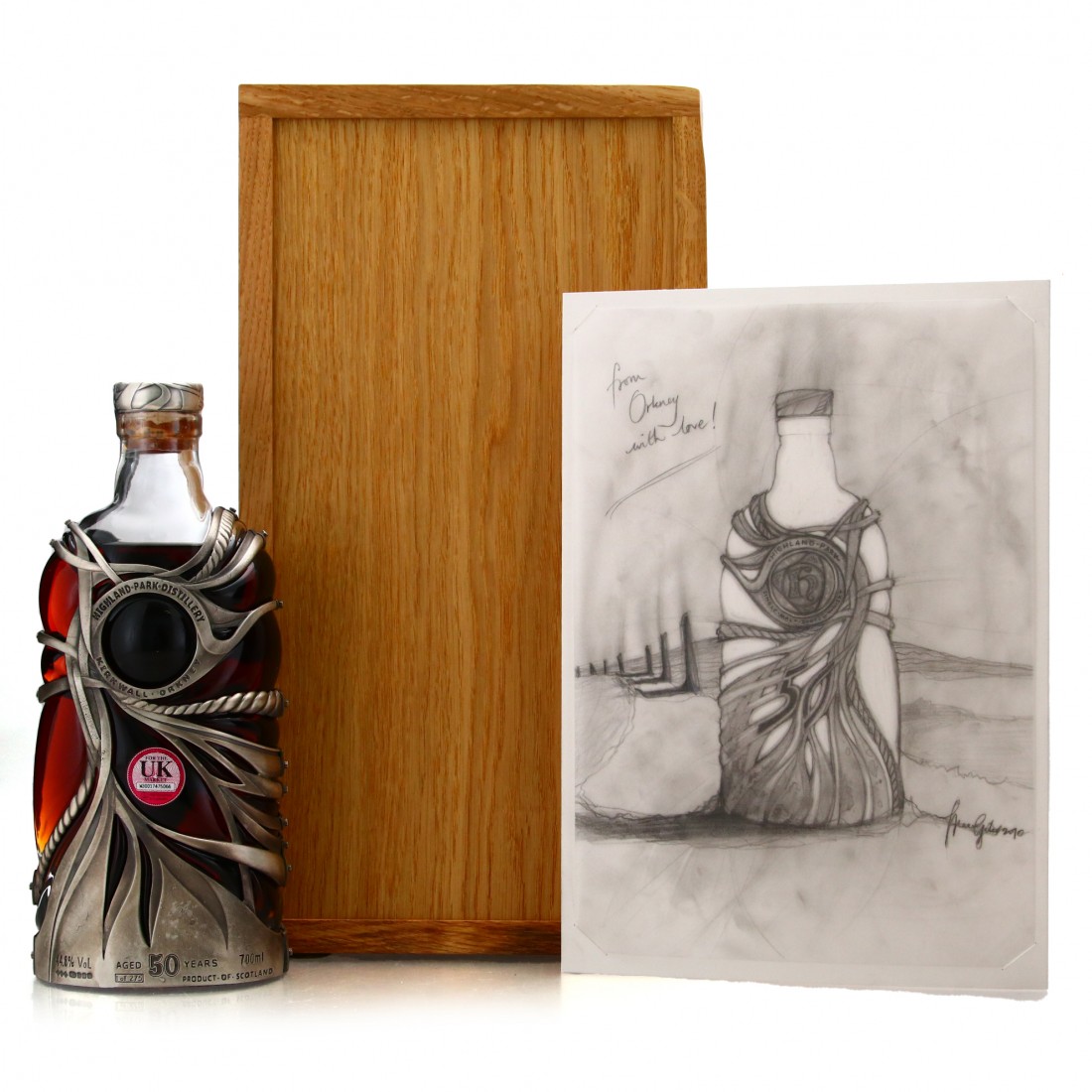 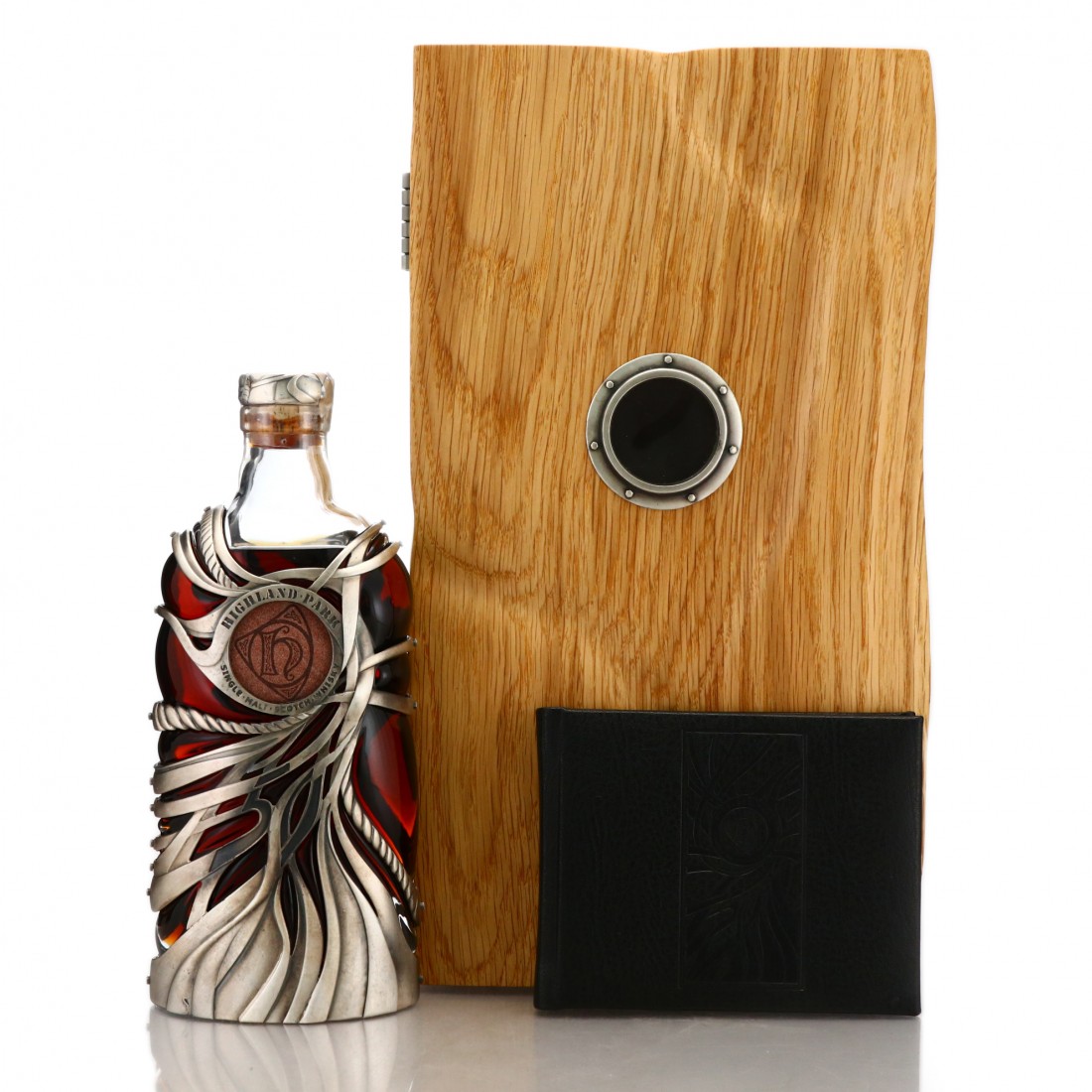 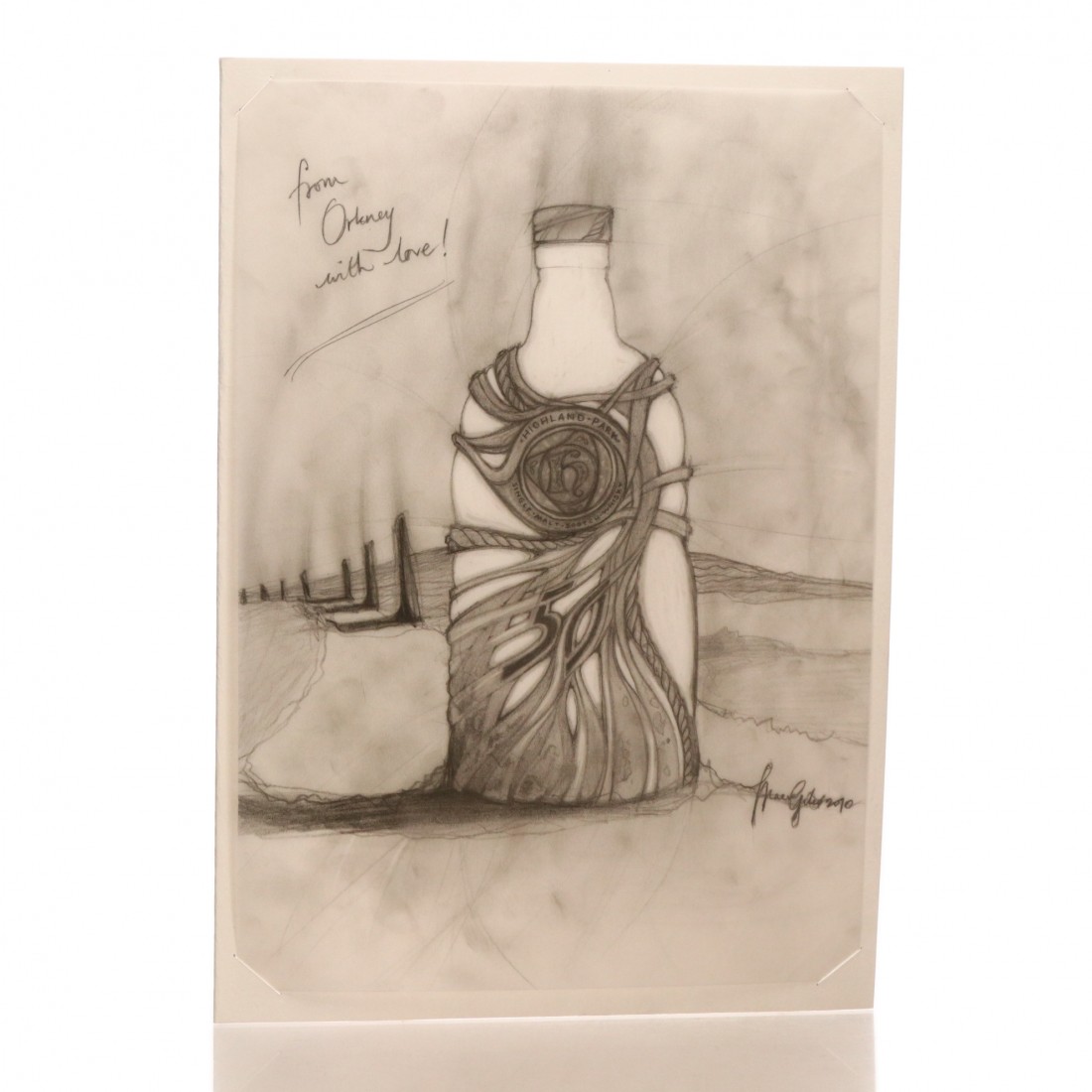 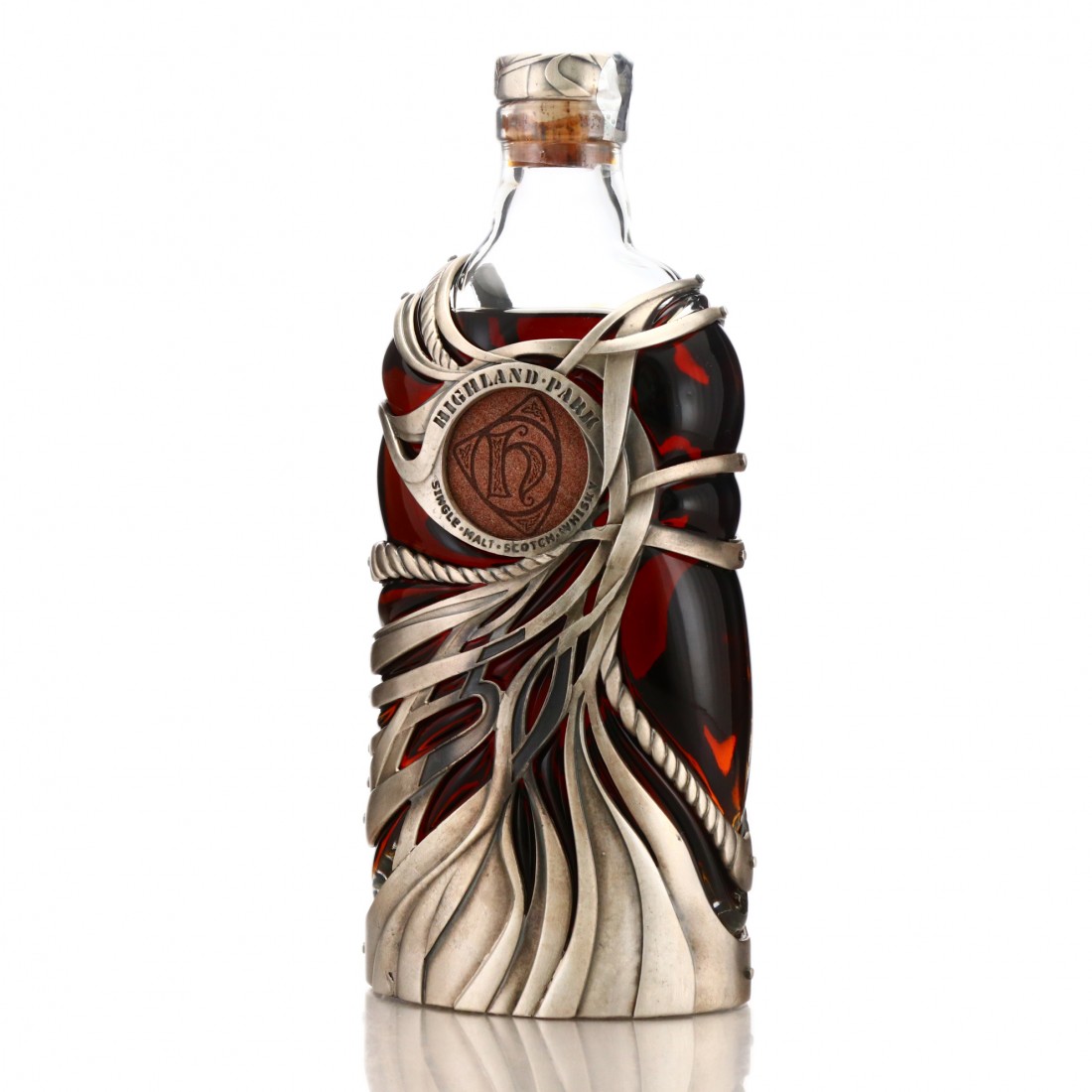 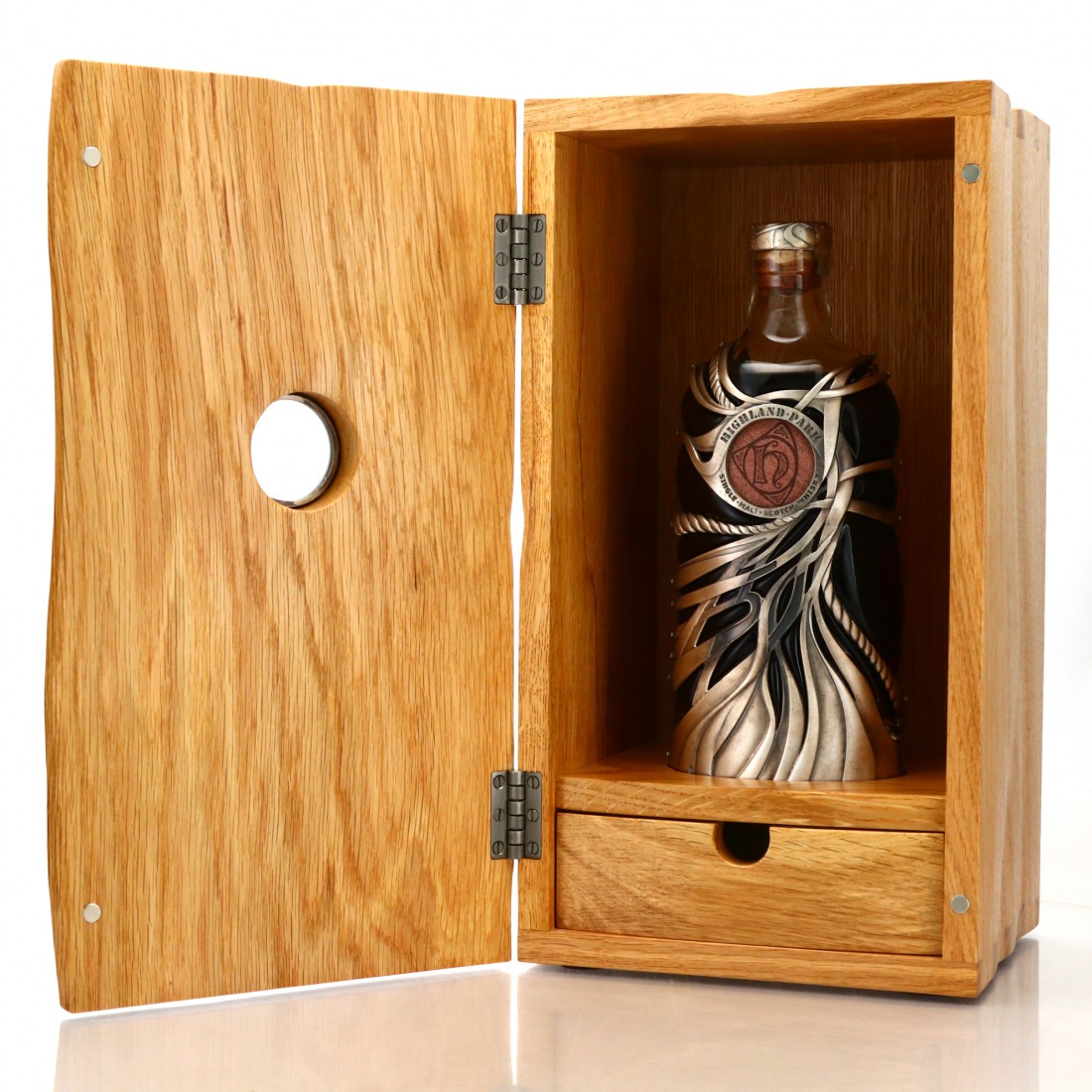 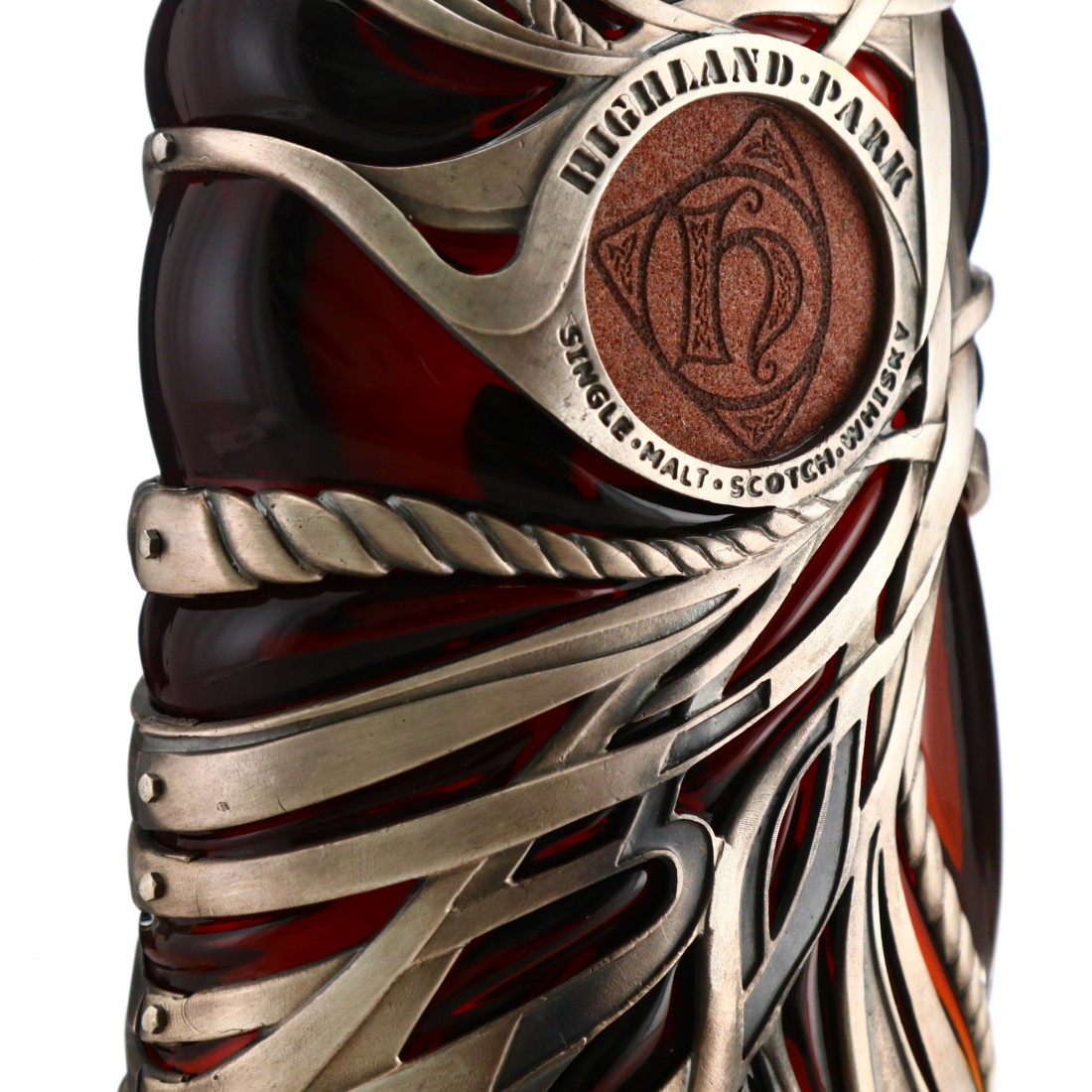 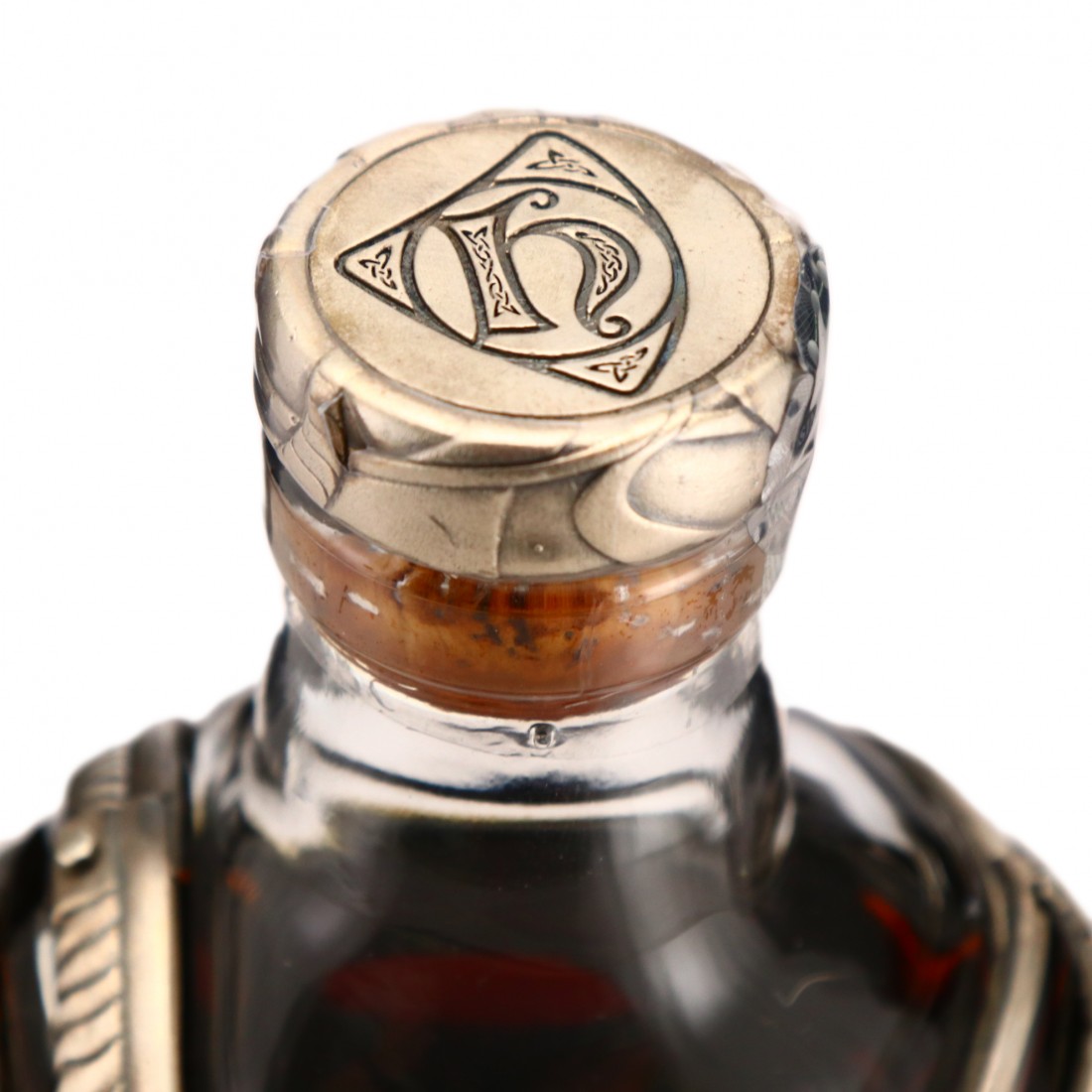 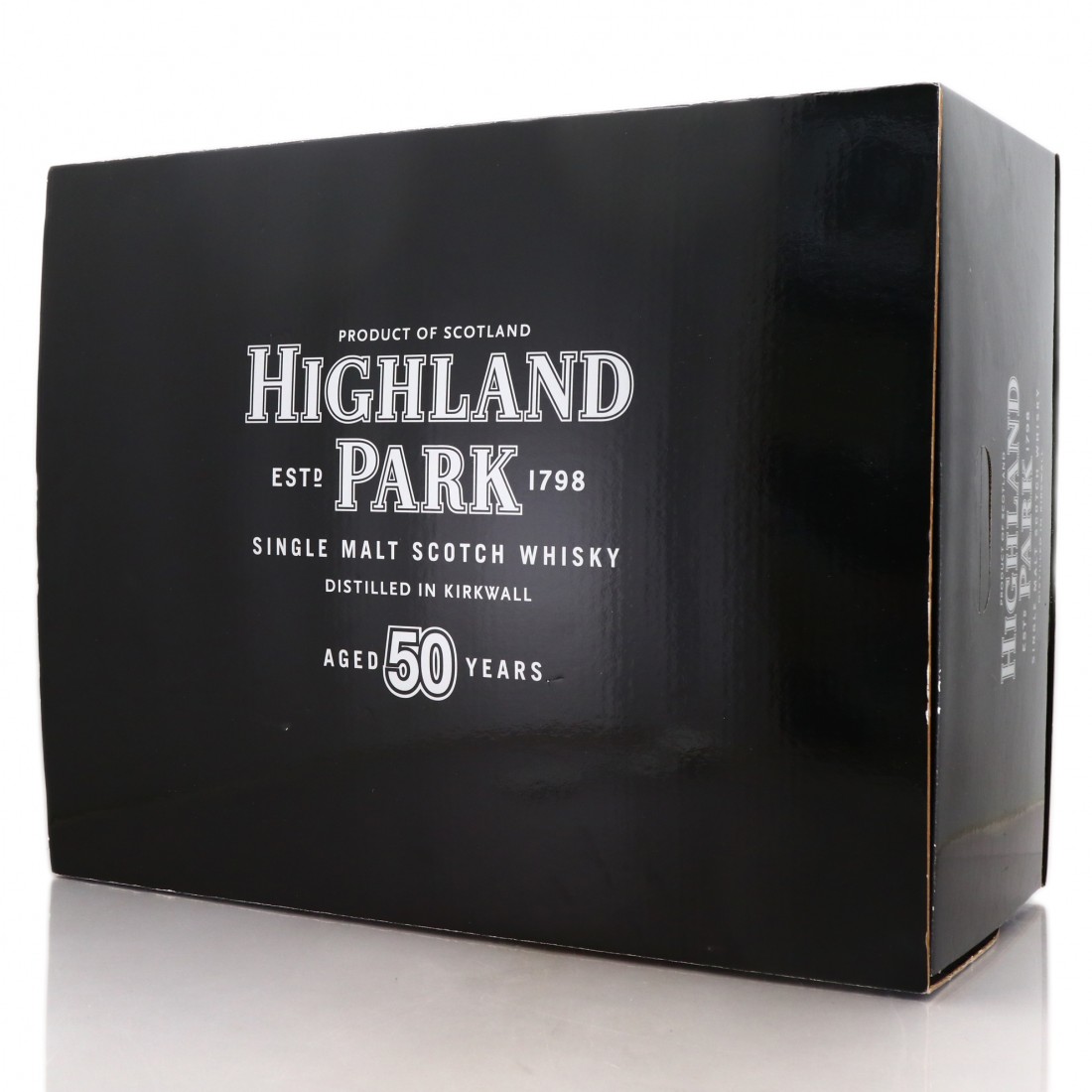 This incredibly rare bottling of Highland Park was bottled from a combination of five refill casks from 1960.  The casks were married together to 'harmonise' their flavours before being bottled, a process Highland Park calls 'cask harmonisation.'

The bottle has been designed by New York based Jeweller Maeve Gillies, who grew up in Edinburgh.  The bottle which is created from hand-crafted sterling silver is inspired by the forces of nature and in particular the sea, using her jewellery making expertise the bottle features a metallic 'net' design, a piece of Orkney sandstone carved with the Highland Park logo and a hidden silver replica of the Rose Window from St Magnus Cathedral.

One of only 275 bottles produced.

This lot includes an original signed sketch used in the design process from Maeve Gillies. The bottle design won World’s Best Design and Best Limited Edition at the 2012 World Whiskies Awards in London