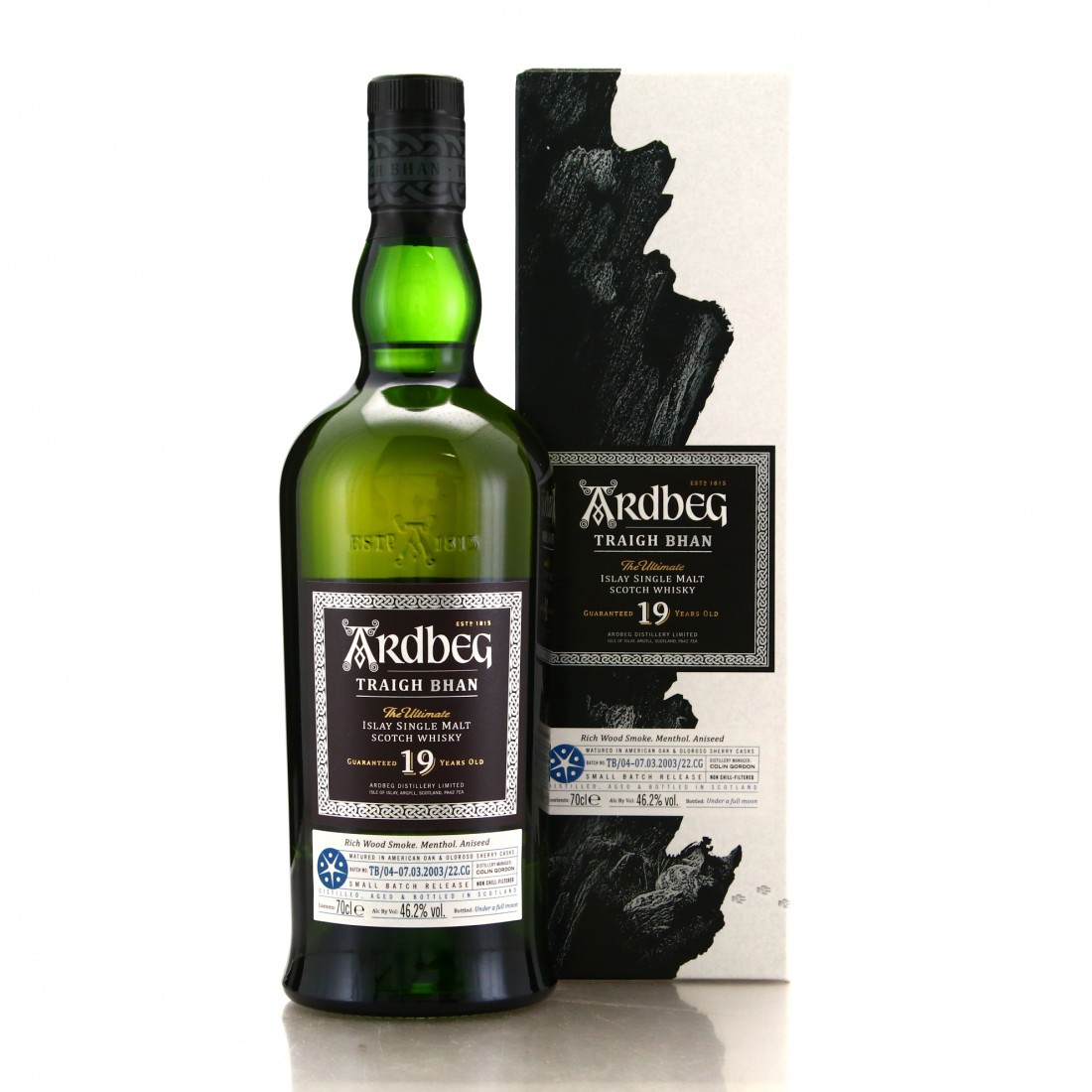 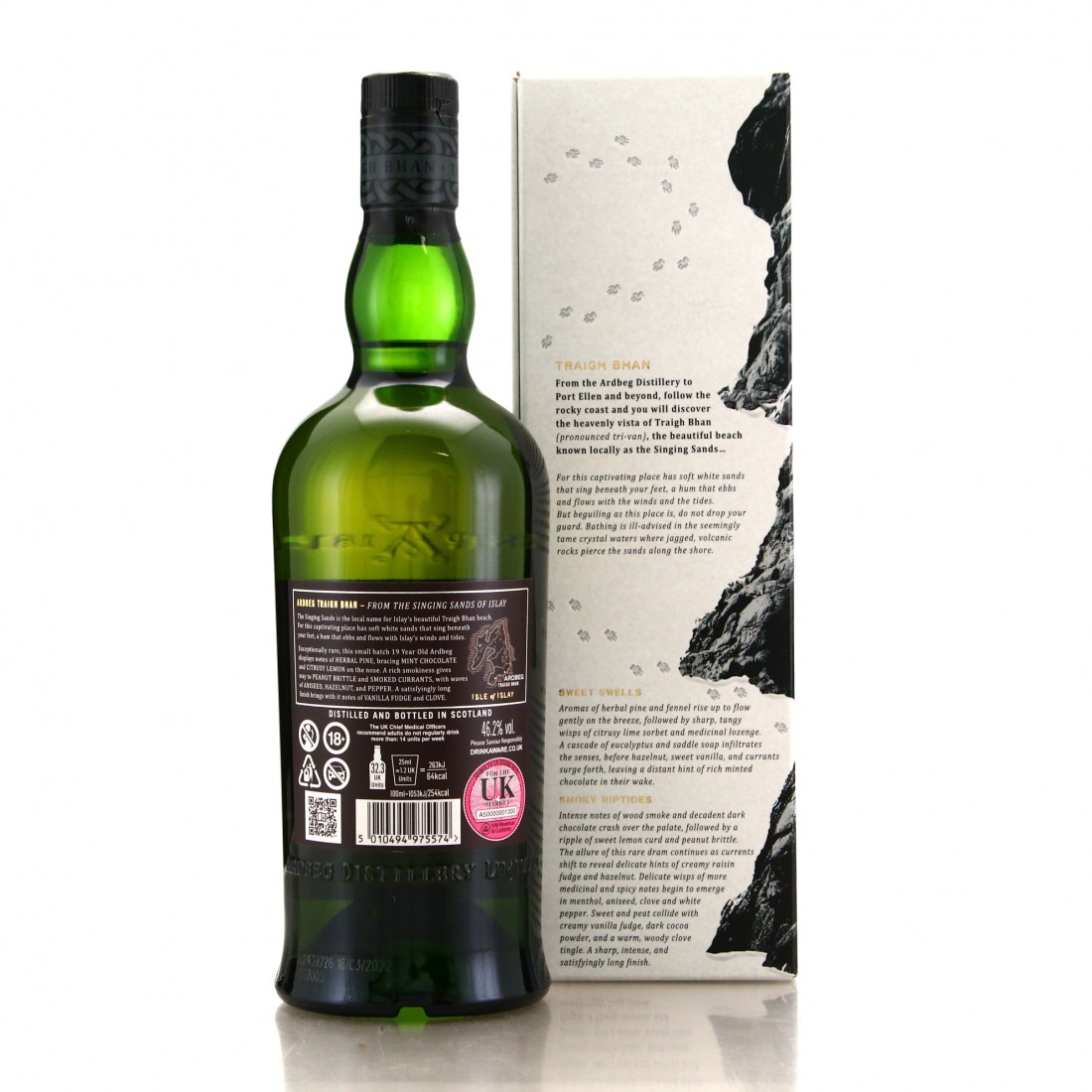 Fans of the famous Islay distillery had to wait nearly twenty years for a new permanent age-stated bottle to be added to the Ardbeg core-range of products. First released in September 2019, Traigh Bhan is a small batch release, joining (when available) the classic Ten year old, Corryvreckan, Uigedail and the An Oa.

Named after Islay’s Traigh Bhan beach, the whisky will be available in limited batches and produced on an annual basis. Each batch will feature a unique code on the carton and bottle which drinkers can enter into the distillery’s website to find out about that particular batch.

This is the fourth batch. It was distilled on 7th March 2003 and aged in a combination of ex-American oak and Oloroso sherry casks before being bottled at the usual 46.2% abv.