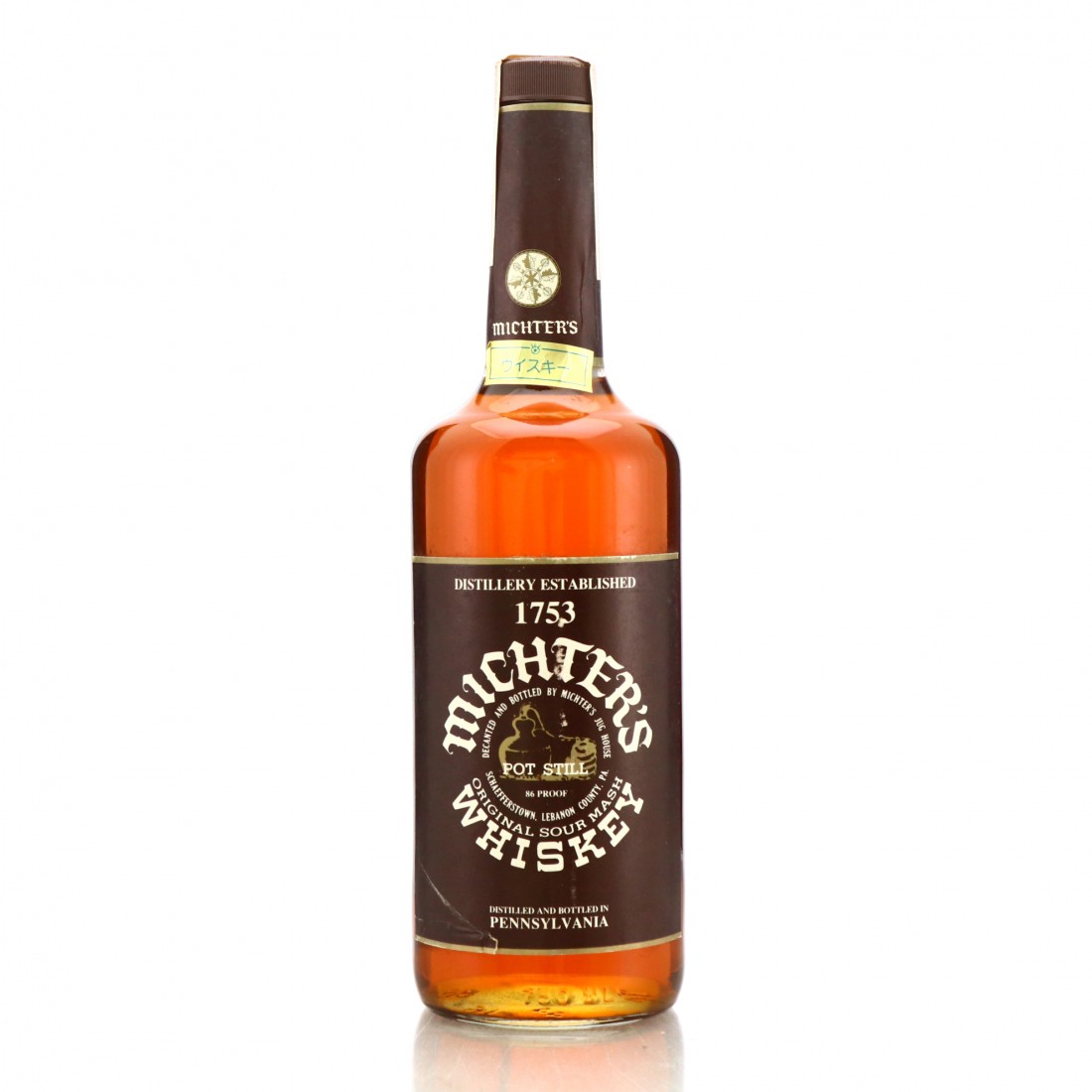 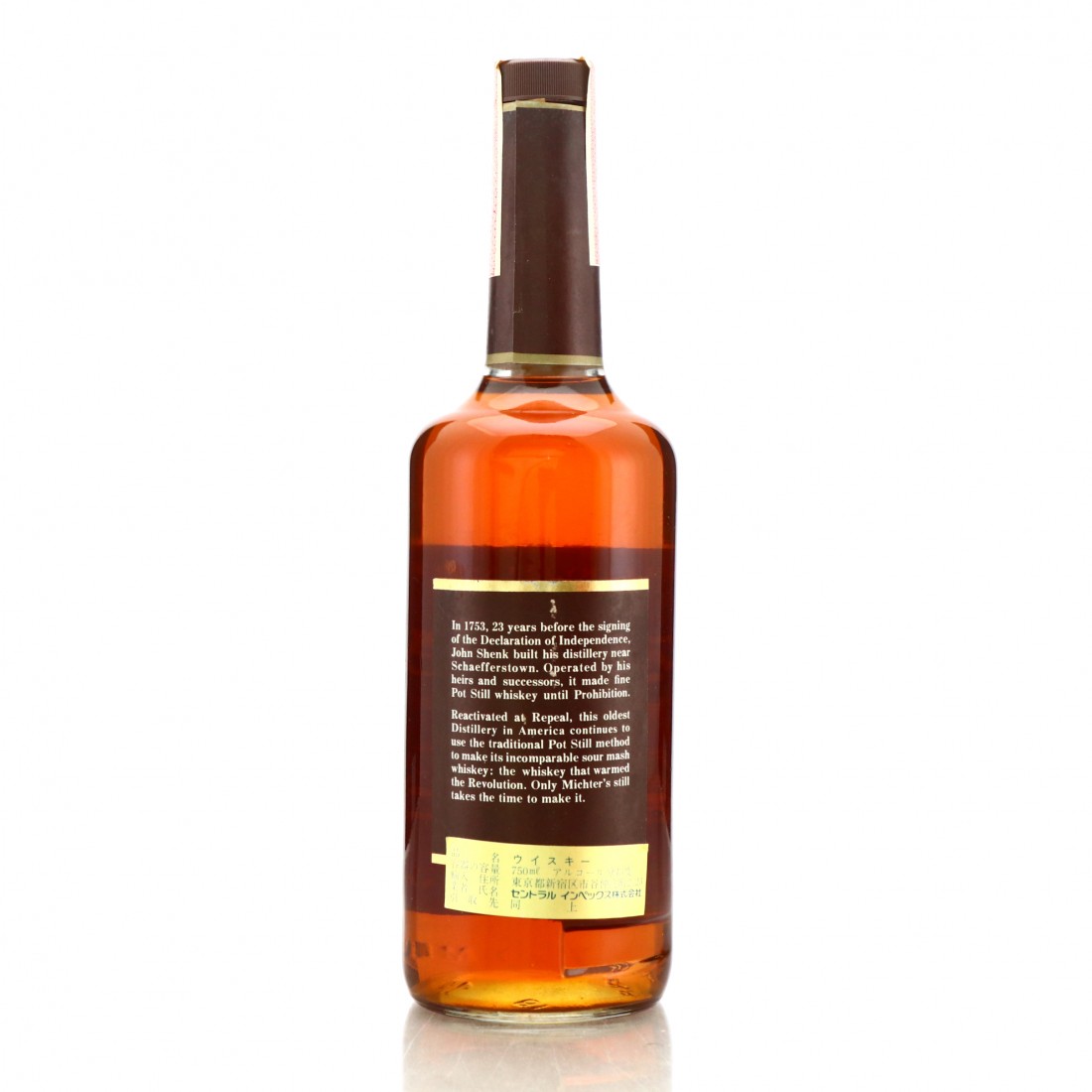 A rare late 1980s example of whiskey distilled at the original Michter's distillery in Schaeferstown, PA. Generally overlooked in its time, the distillery developed a cult status in the years following its closure in 1989 after Julian Van Winkle III bottled the Hirsch Reserve for Gordon Hue using barrels he had purchased from it.

In particular, the Michter's Jug House where this purports to have been distilled was a place of great interest. At the time this was bottled, the distillery was owned by (and also named for) Pennco, who developed the Michter's brand. The Jug House was built by the company primarily as a feature for tourists, and it contained a single pot still that produced a single barrel a day so that out-of-season visitors could still see whiskey being produced. The Hirsch Reserve was erroneously labelled as a pot still bourbon, leading many to speculate that the Jug House was the source of this legendary whiskey, regarded by many as the finest ever bottled. This is likely also the case here, due to the wider release of the product, but it is never-the-less incredibly rare. The remaining warehoused stock from the distillery was re-distilled for industrial use after its closure, making this one of the last ever bottles to be filled there. A true relic from what is now considered a lost American treasure.

The Michter's distllery, historically known as Bomberger is long gone, however the Jug House is remarkably still in use. When the distillery closed, it was installed in the garden of former distiller, Charles Everett Beam, before it was sold to the Tom's Foolery distillery in Ohio who distil bourbon on it to this day.

The Michter's brand name was acquired by Chatham Imports after the distillery closure in 1989, and they recently built a new Michter's Fort Nelson distillery in Kentucky, and have been bottling under the name for many years. This whiskey from the original site is a real collector's item, especially given it comes purely from the distillery's smallest still.