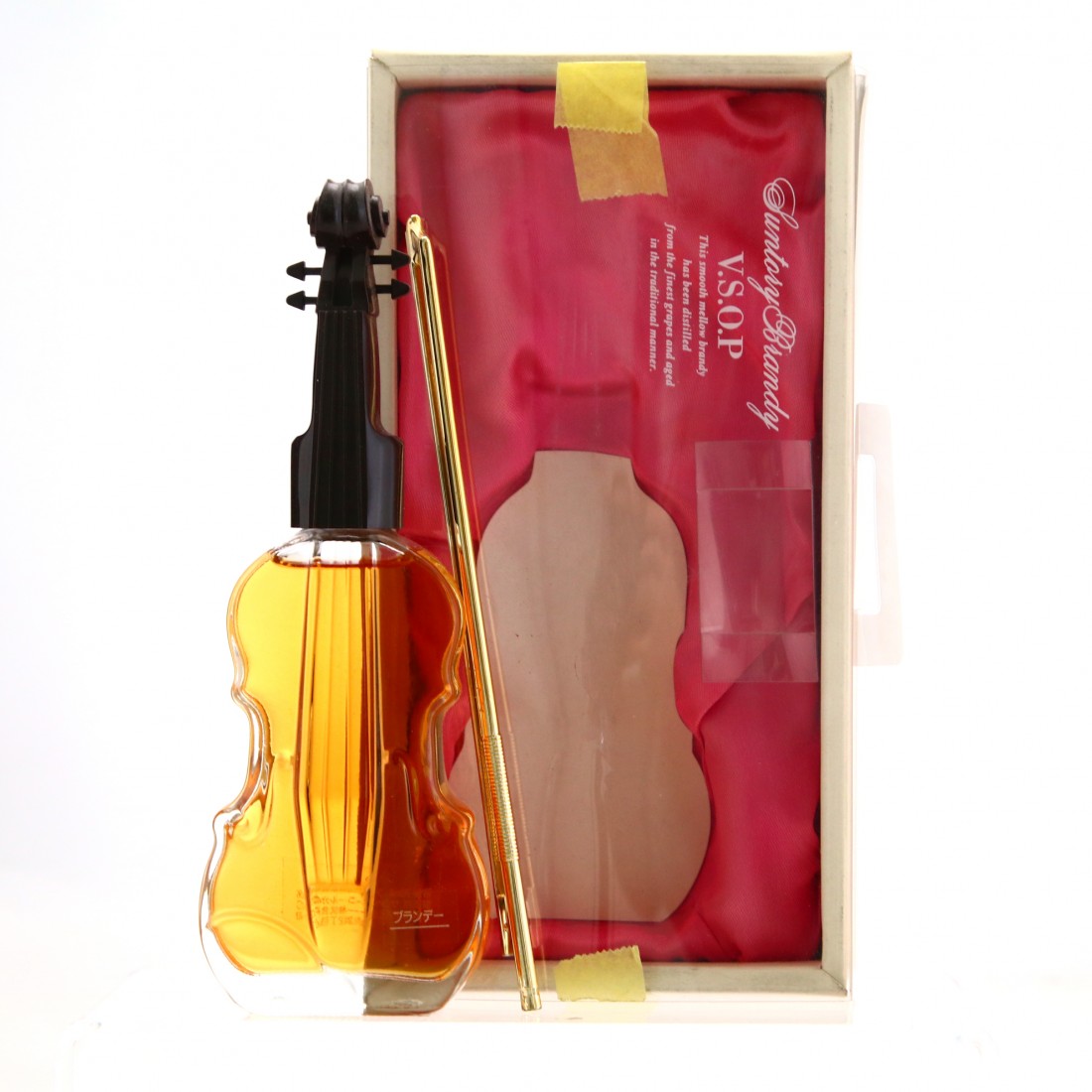 An beautifully presented, aged brandy in a violin shaped bottle.