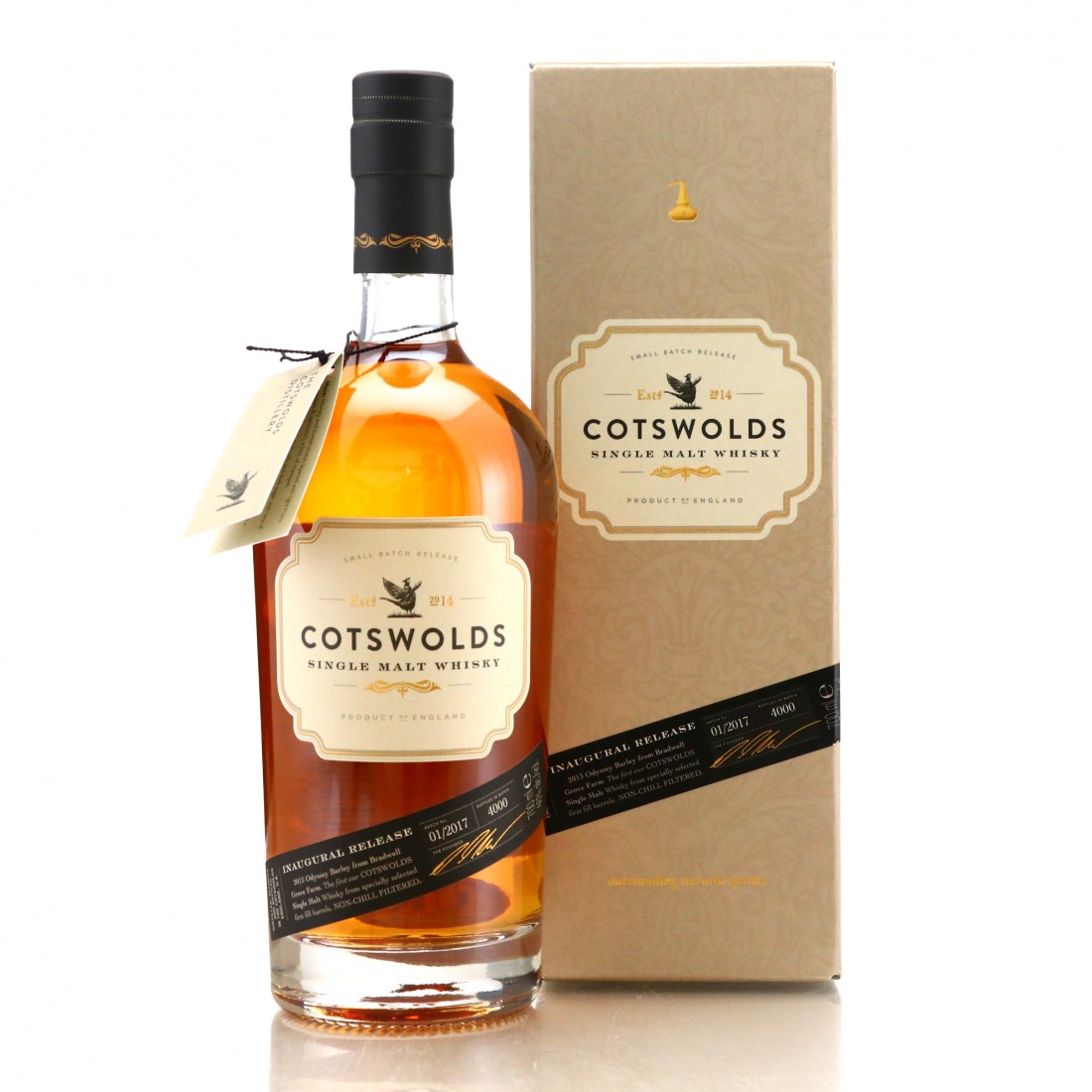 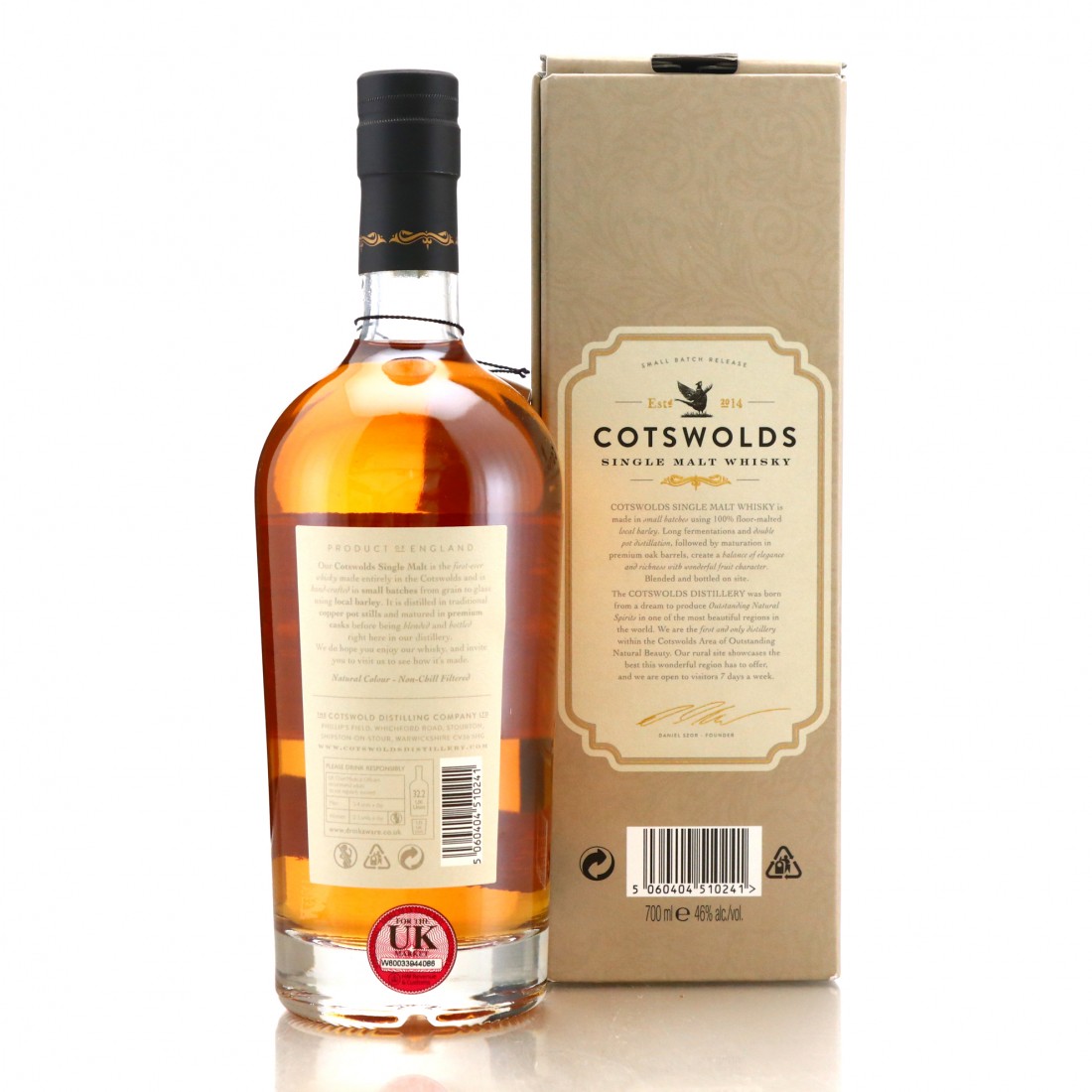 The Cotsworlds distillery was established in 2014 by New York native, Dan Szor. When designing the distillery he sought the assistance of ex-Bowmore Master Distiller, Harry Cockburn, and the late Dr. Jim Swan who was an expert in cask maturation. The distillery began operating with a single mash tun, two washbacks and two stills supplied by Forsyths of Rothes, Scotland. The first cask was filled at the distillery on 22nd September 2014 and their inaugural single malt went on sale three years later in October 2017. The distillery quickly picked up various industry awards for its releases and today they boast a portfolio of whiskies, liqueurs, and other spirits.

This is their inaugural release. Distilled in 2014 using Odyssey barley harvested the year before, and bottled in March 2017.