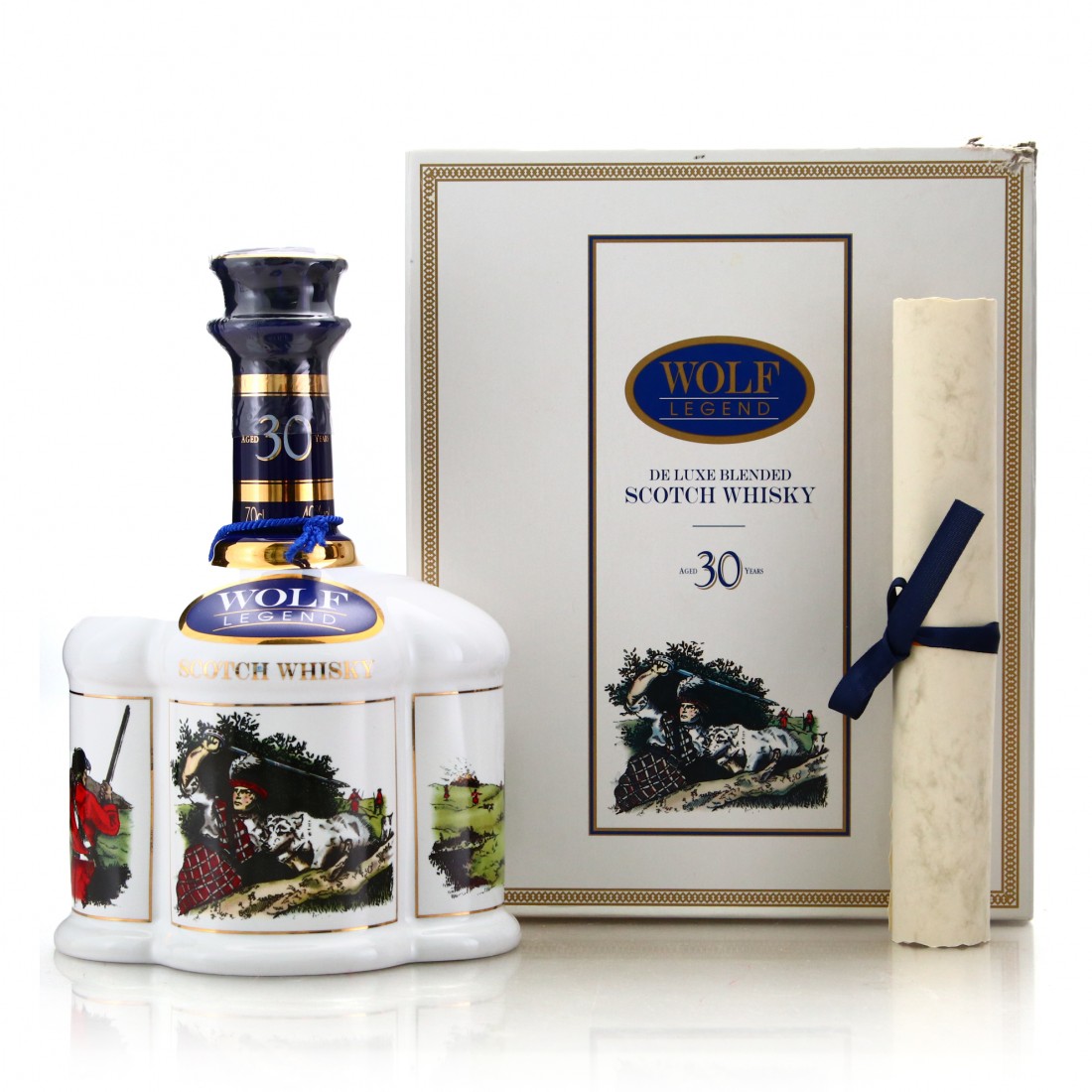 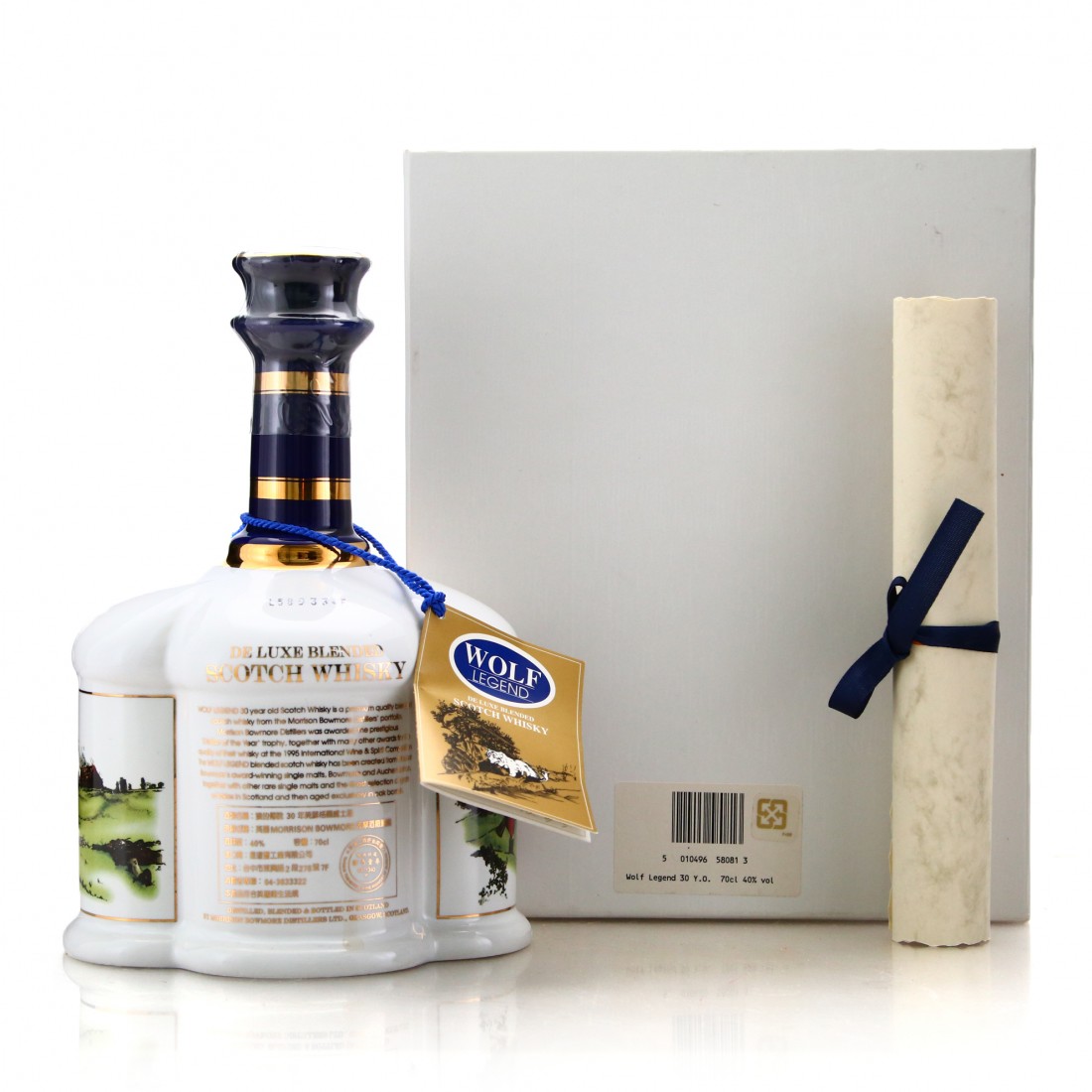 The Wolf Legend is part of a trilogy of decanters produced by Morrison Bowmore, containing 21 year old, 25 year old and in this case 30 year old whiskies blended and bottled in Scotland.

The decanters were produced by Wade Ceramics in the early 1990's and depict the search for Rob Roy MacGregor by the King's army.