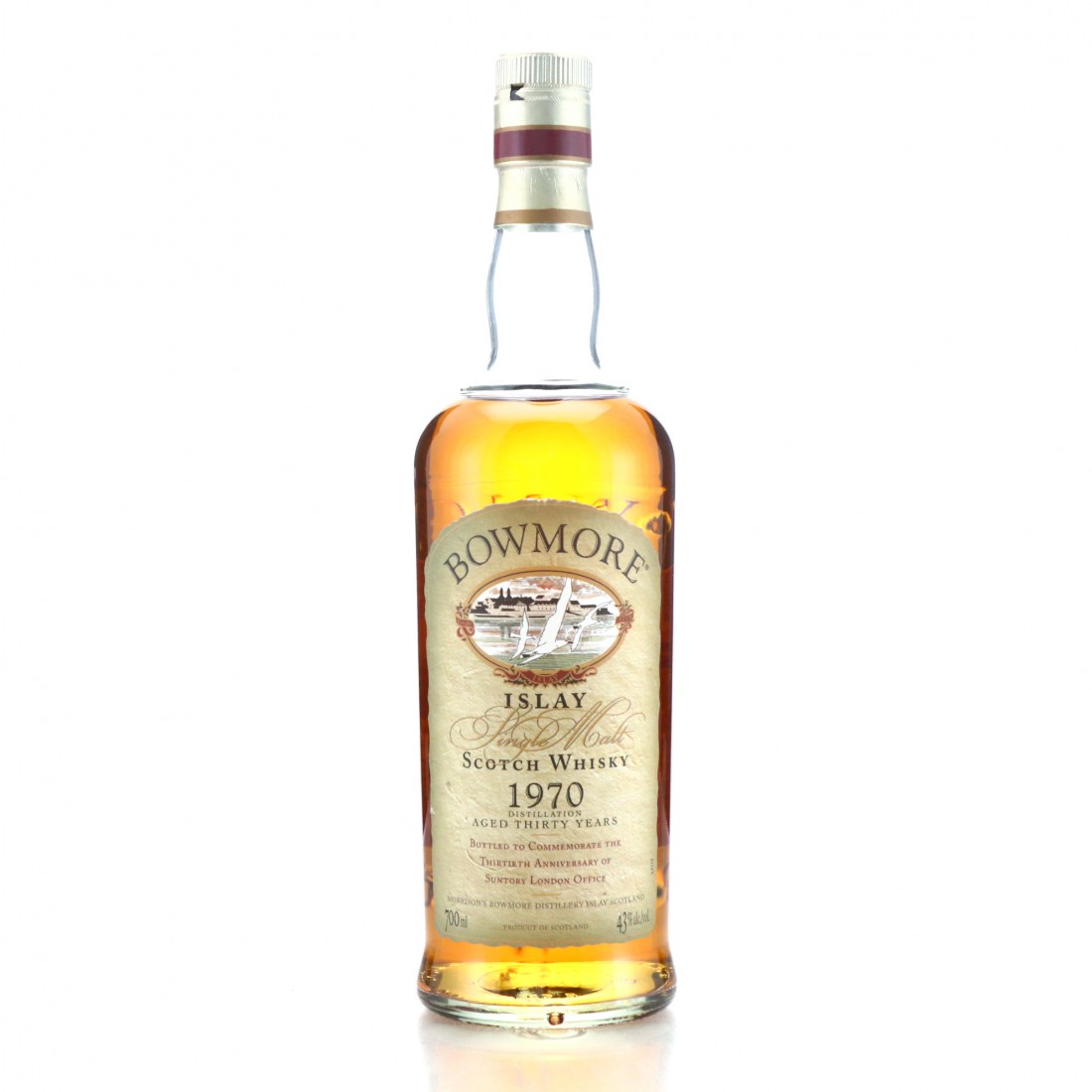 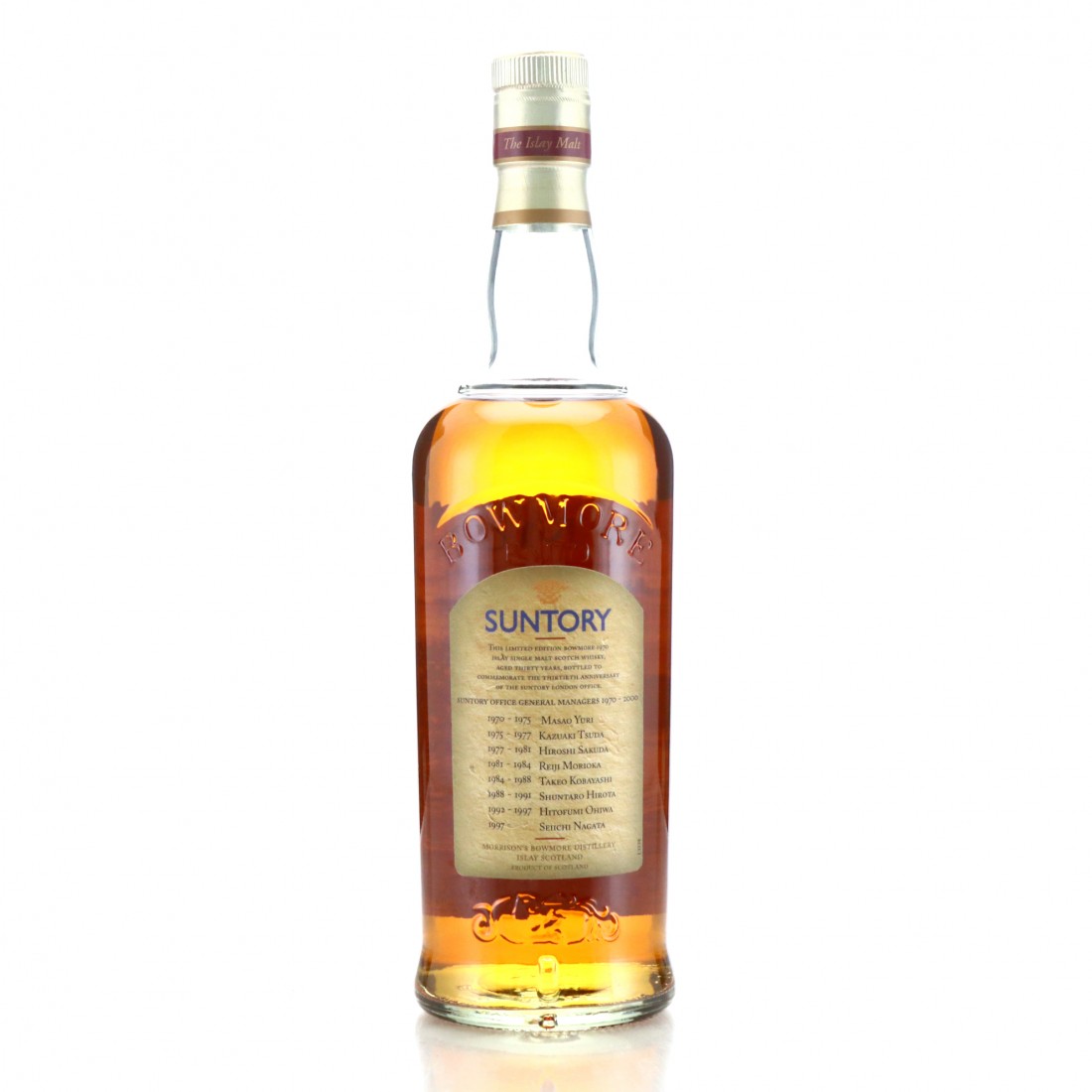 This is a remarkable bottle of Bowmore and particularly rare. Distilled in 1970 and bottled as a 30 year old to mark the 30th Anniversary of Suntory's London Office.

The rear label lists the seven General Managers from 1970 to the date of bottling;