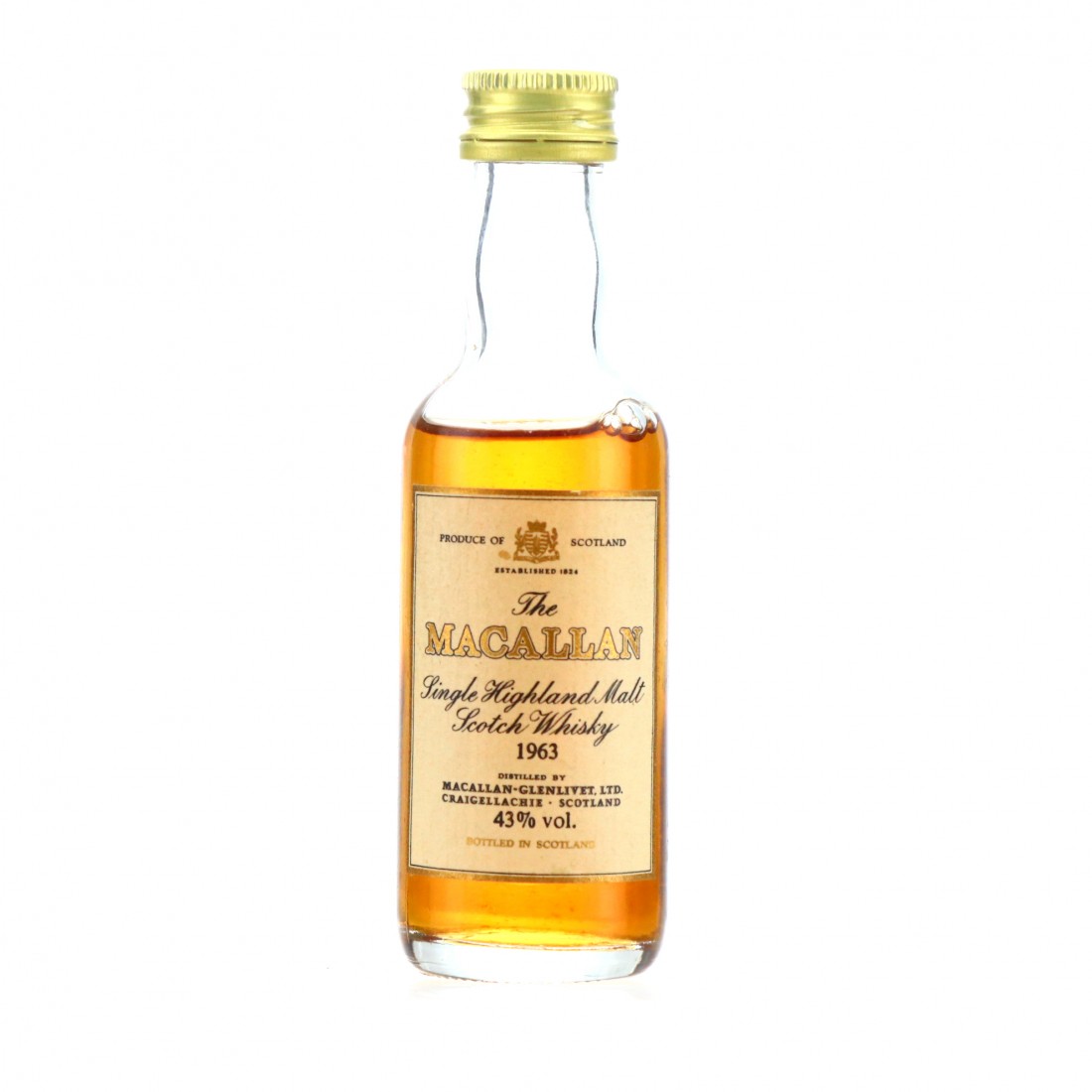 Distilled in 1963, this is a rare miniature bottling of this fantastic vintage Macallan.