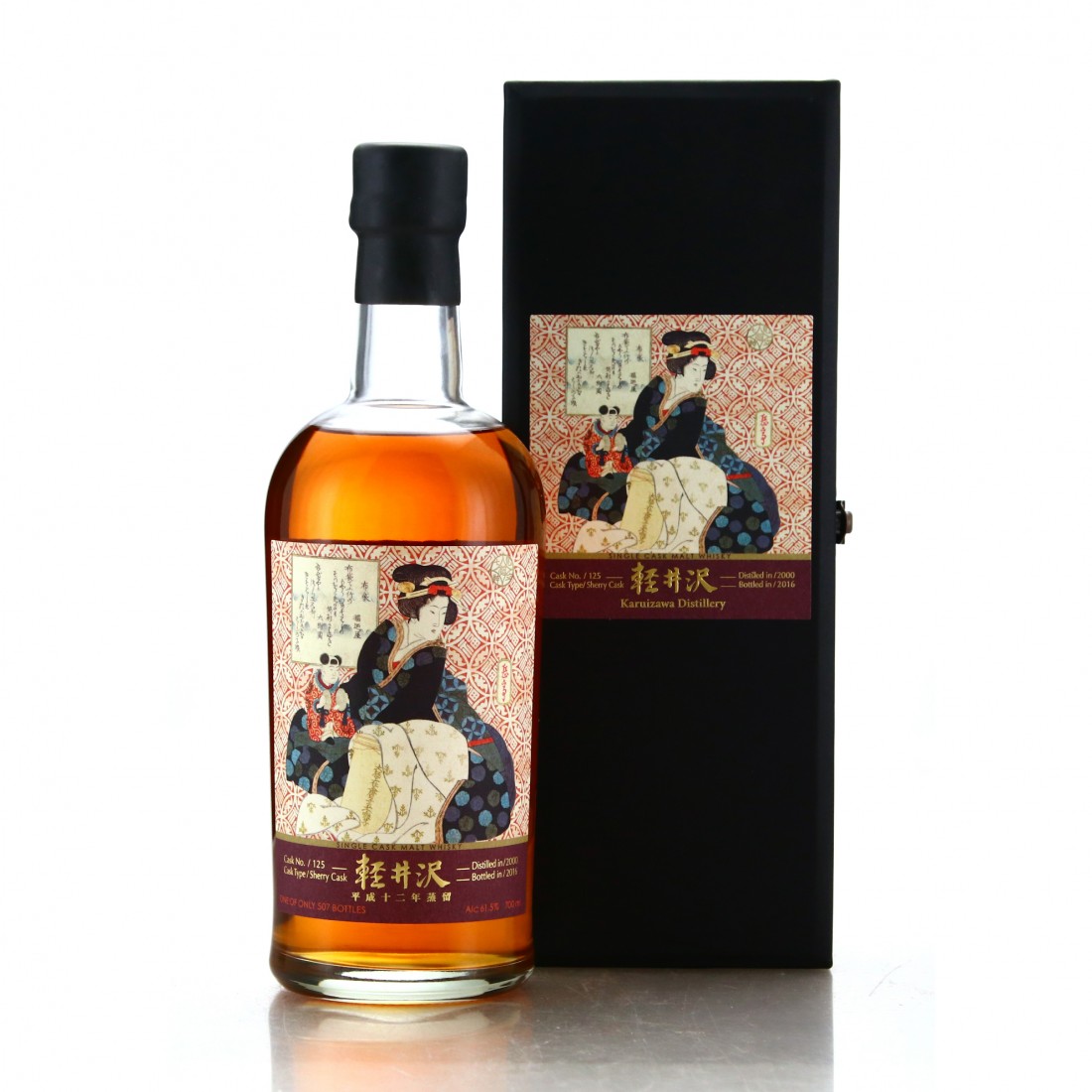 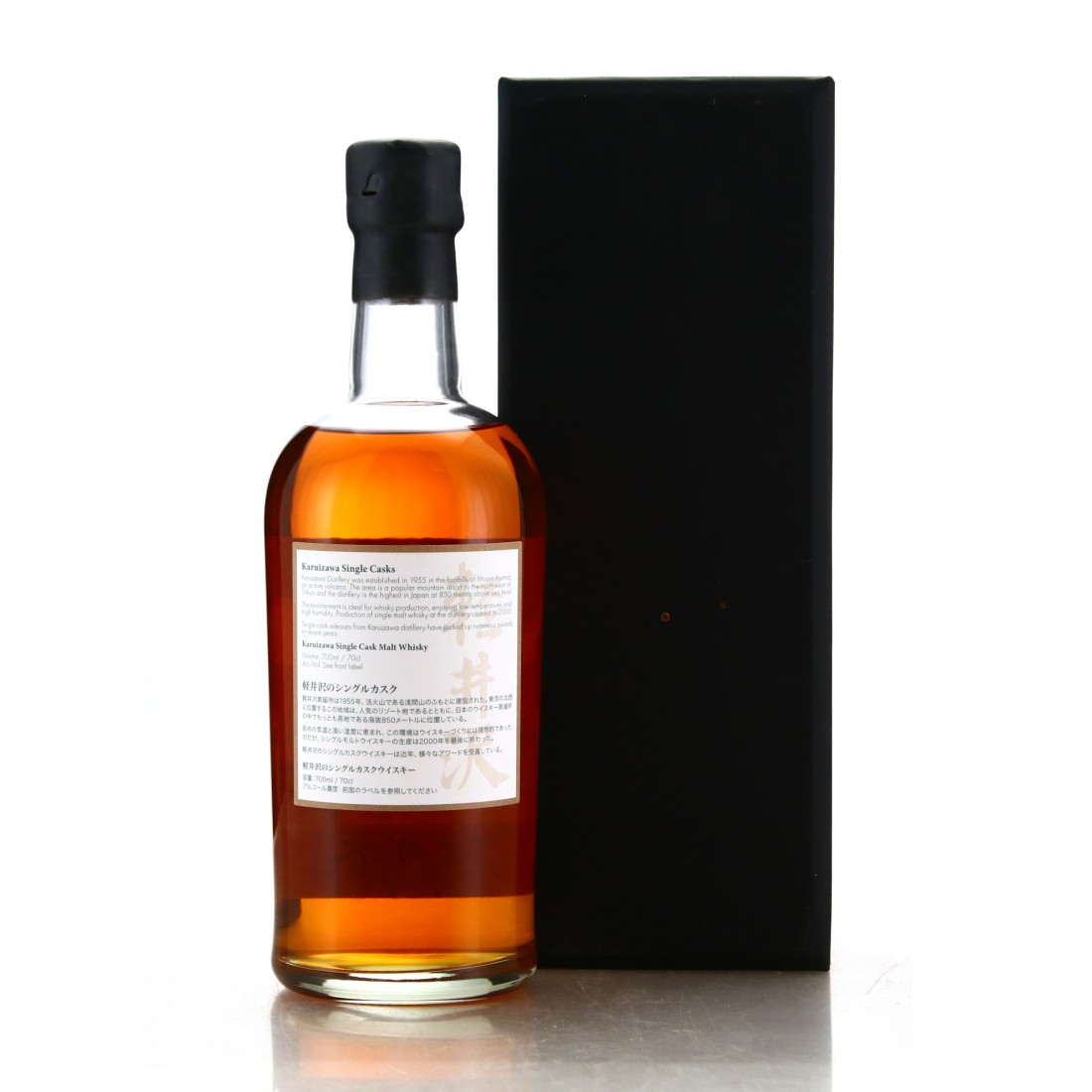 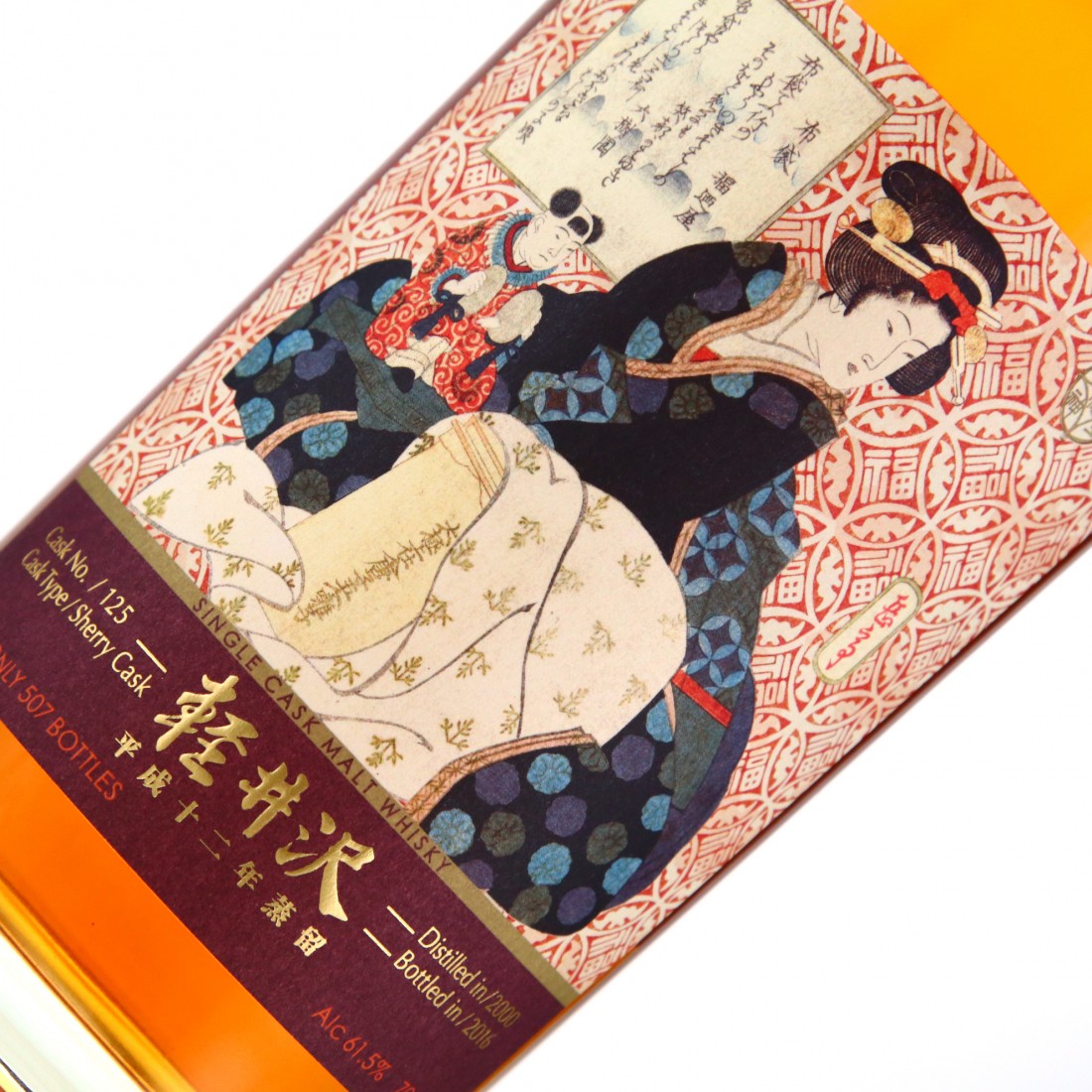 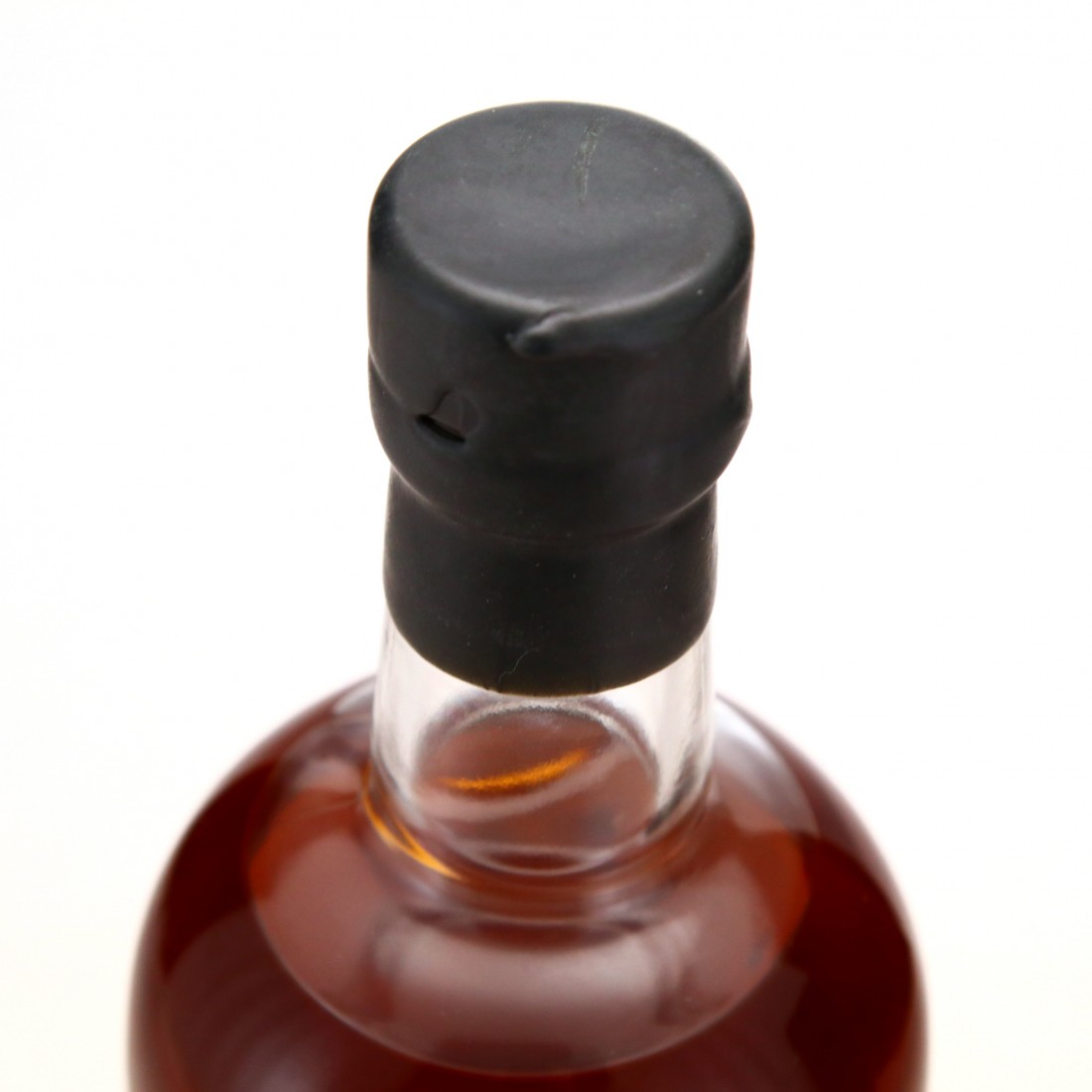 A Geisha labeled single cask Karuizawa, distilled in 2000 and bottled in 2016 after maturation is a sherry cask.