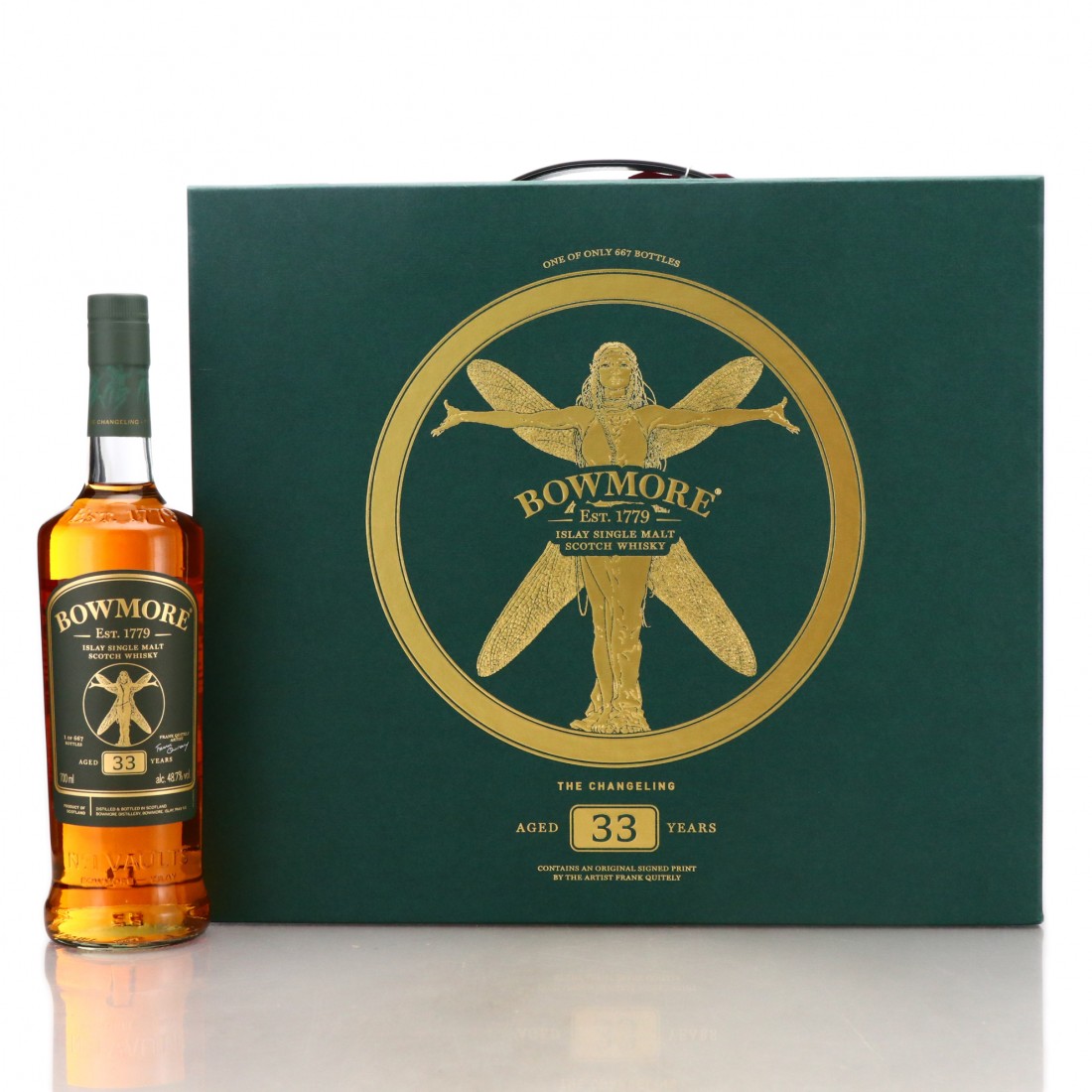 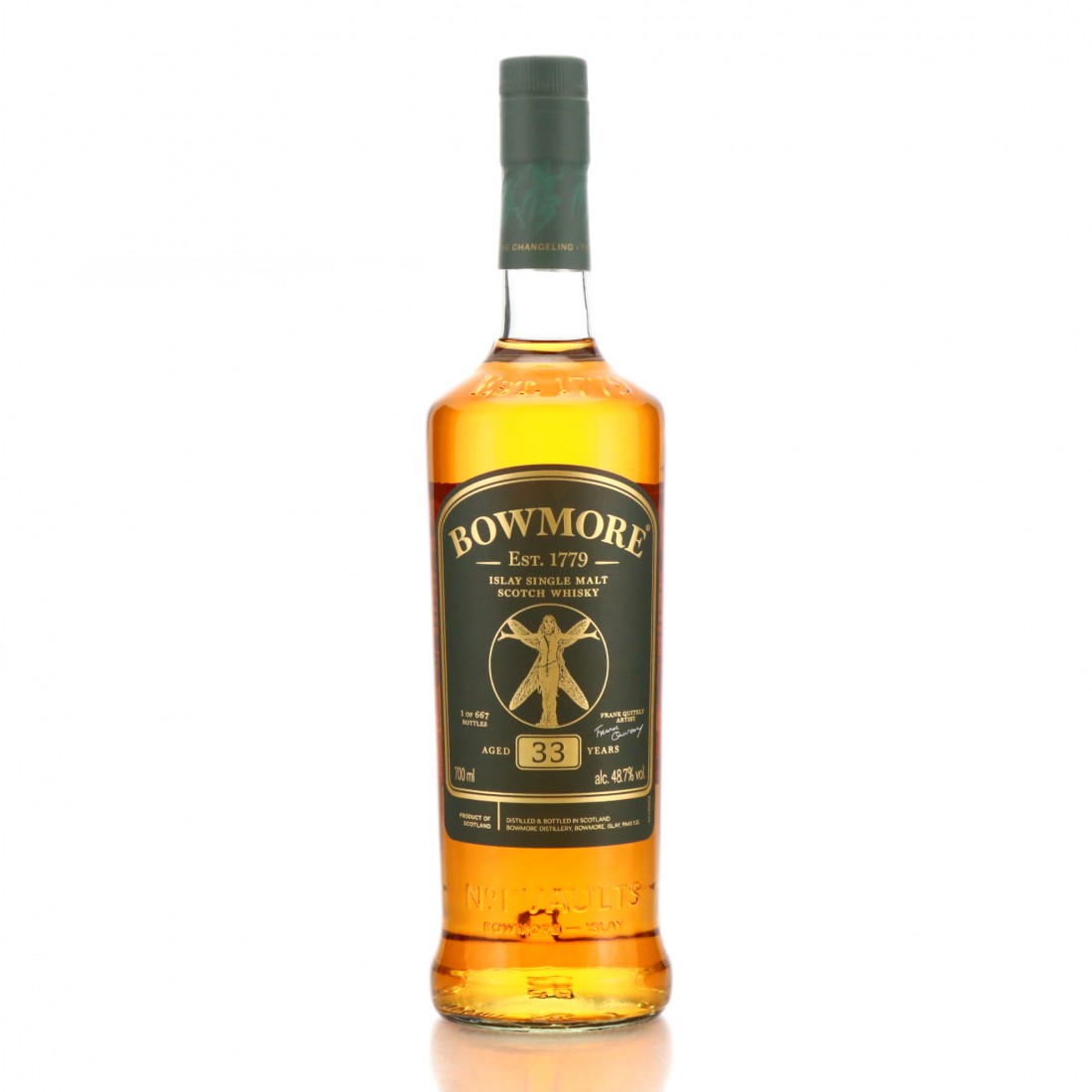 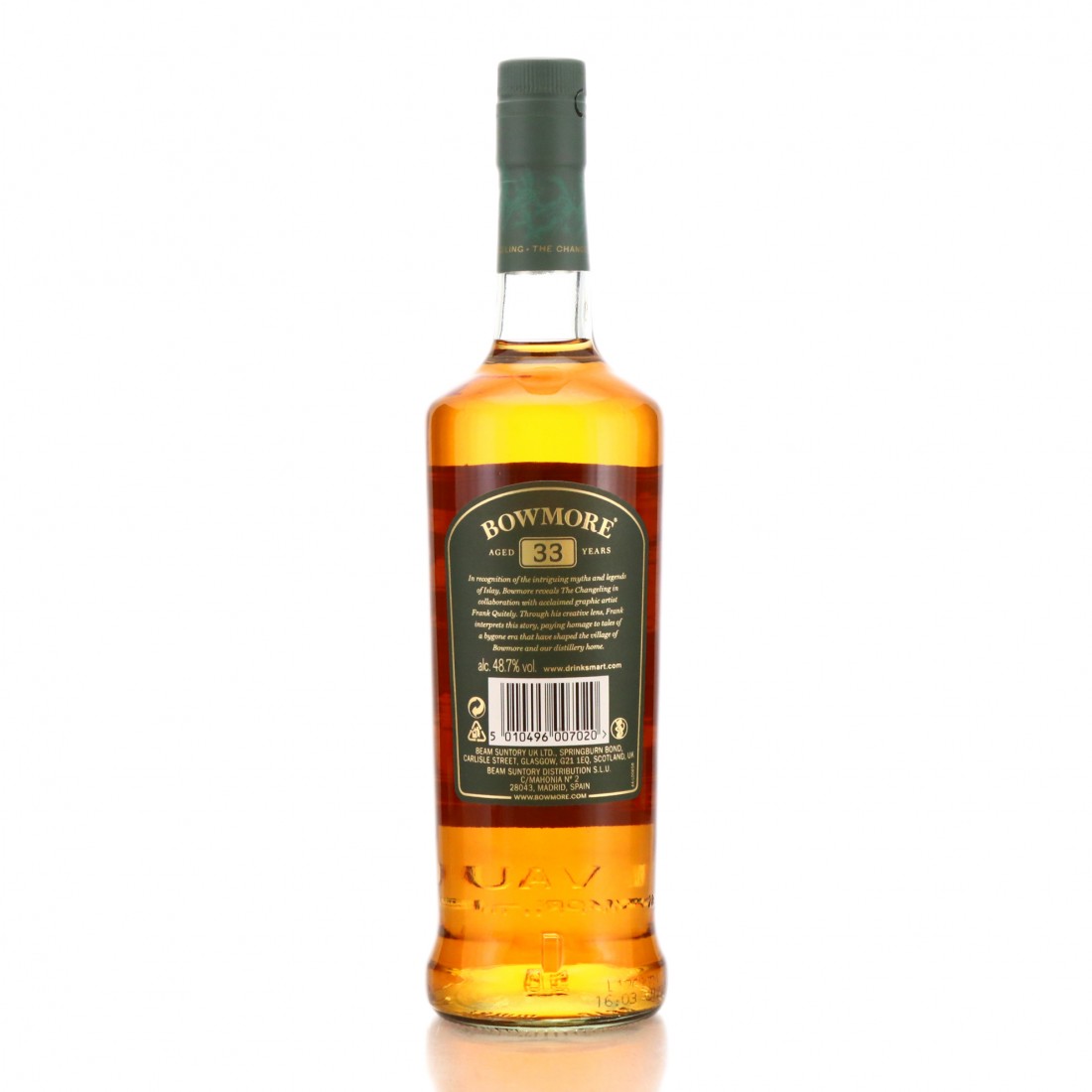 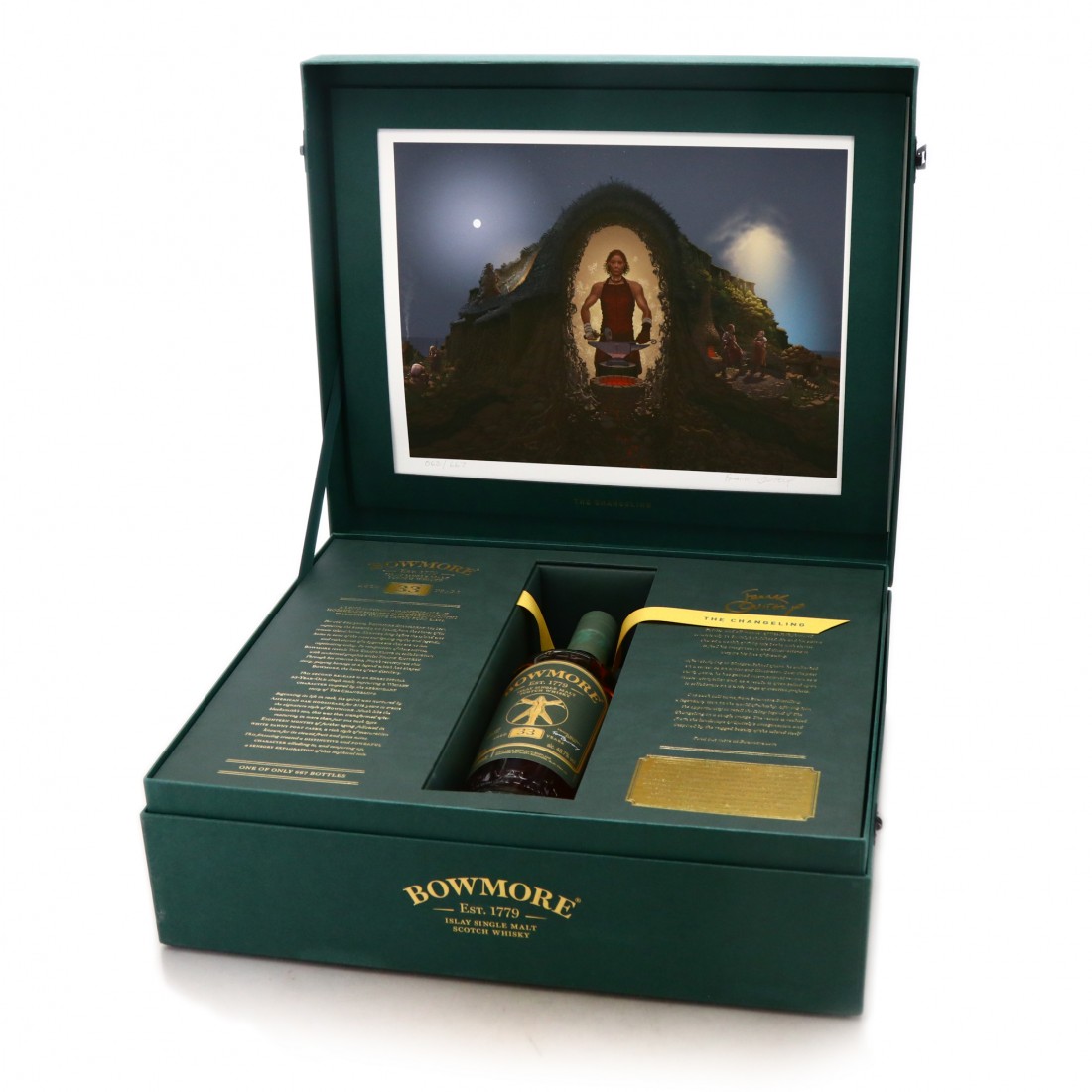 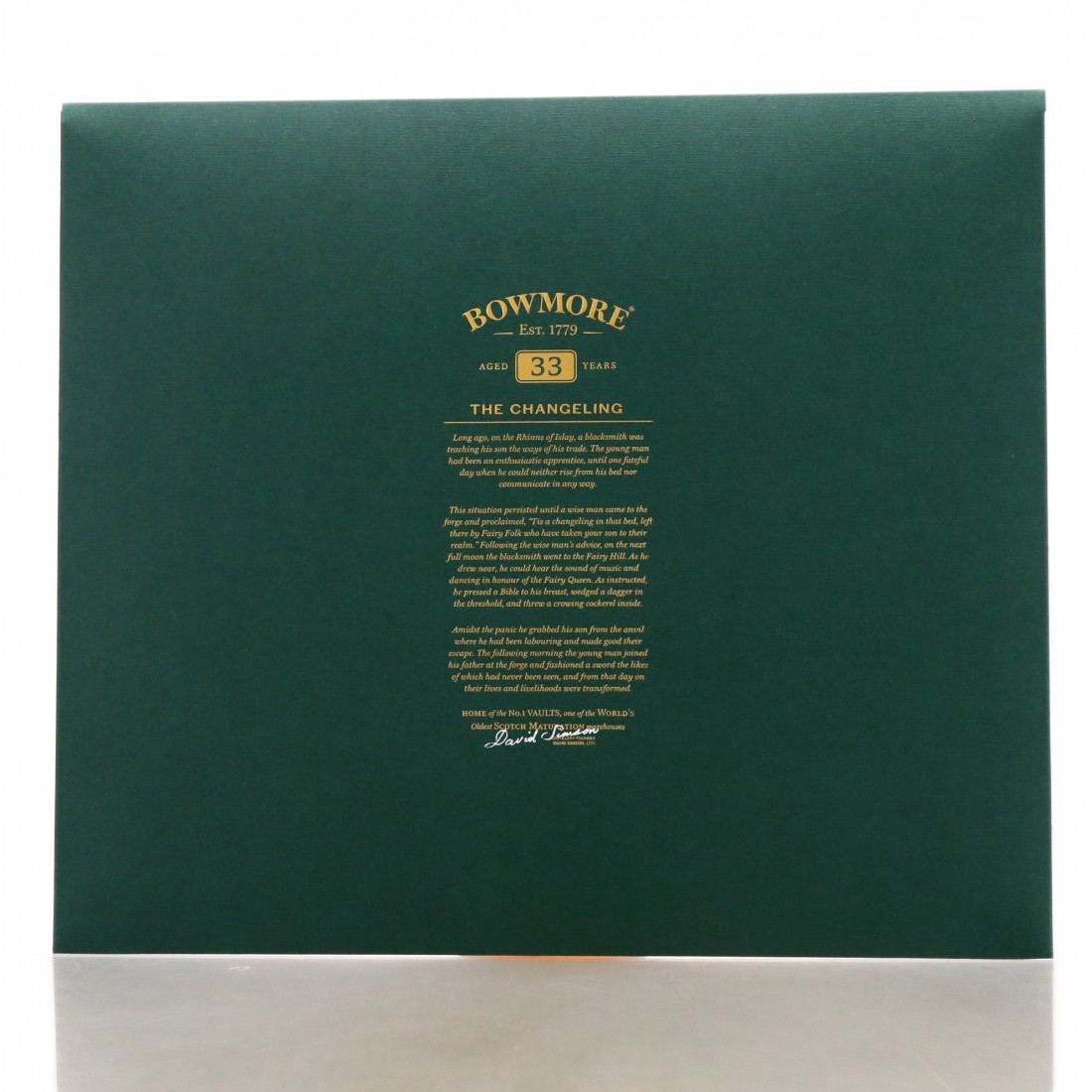 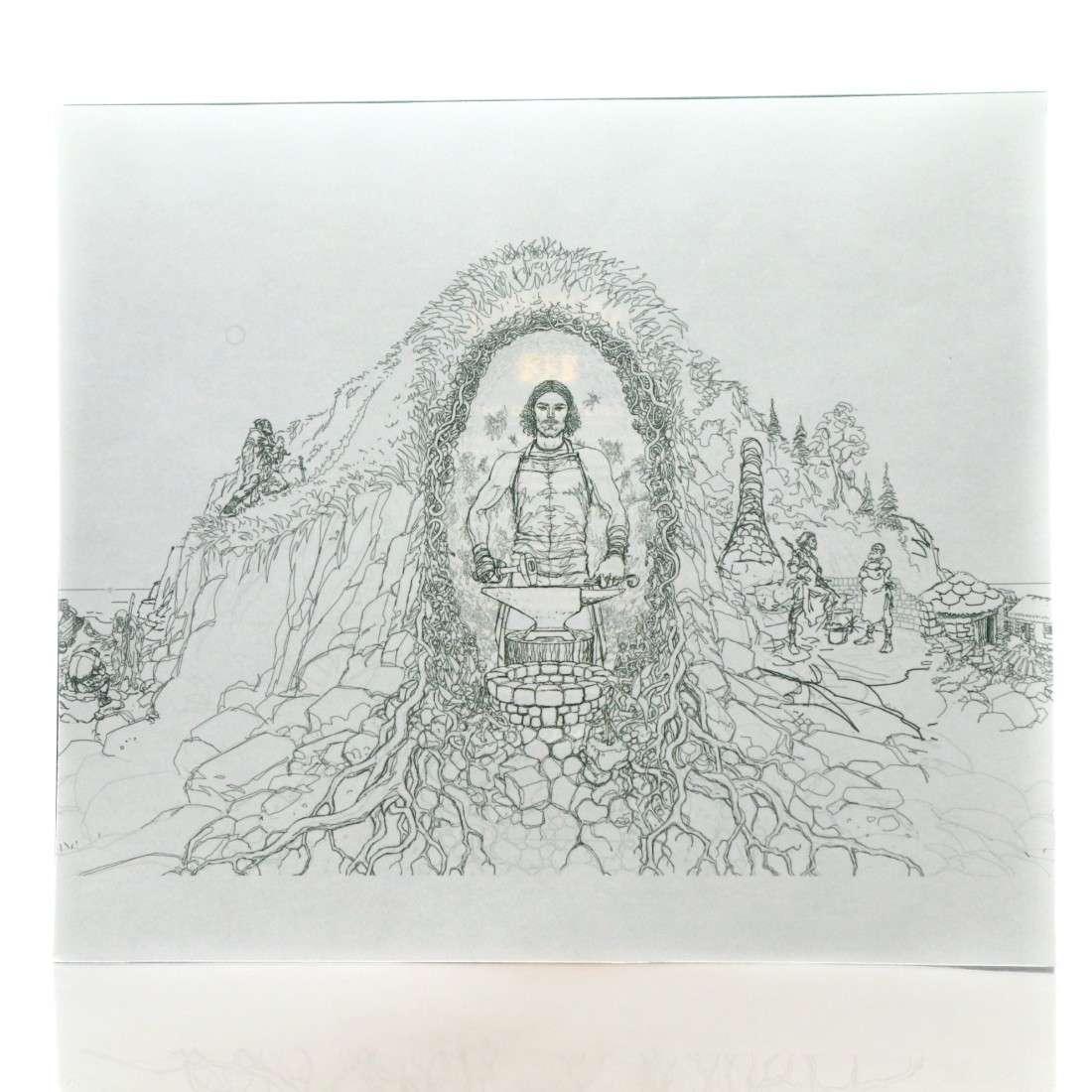 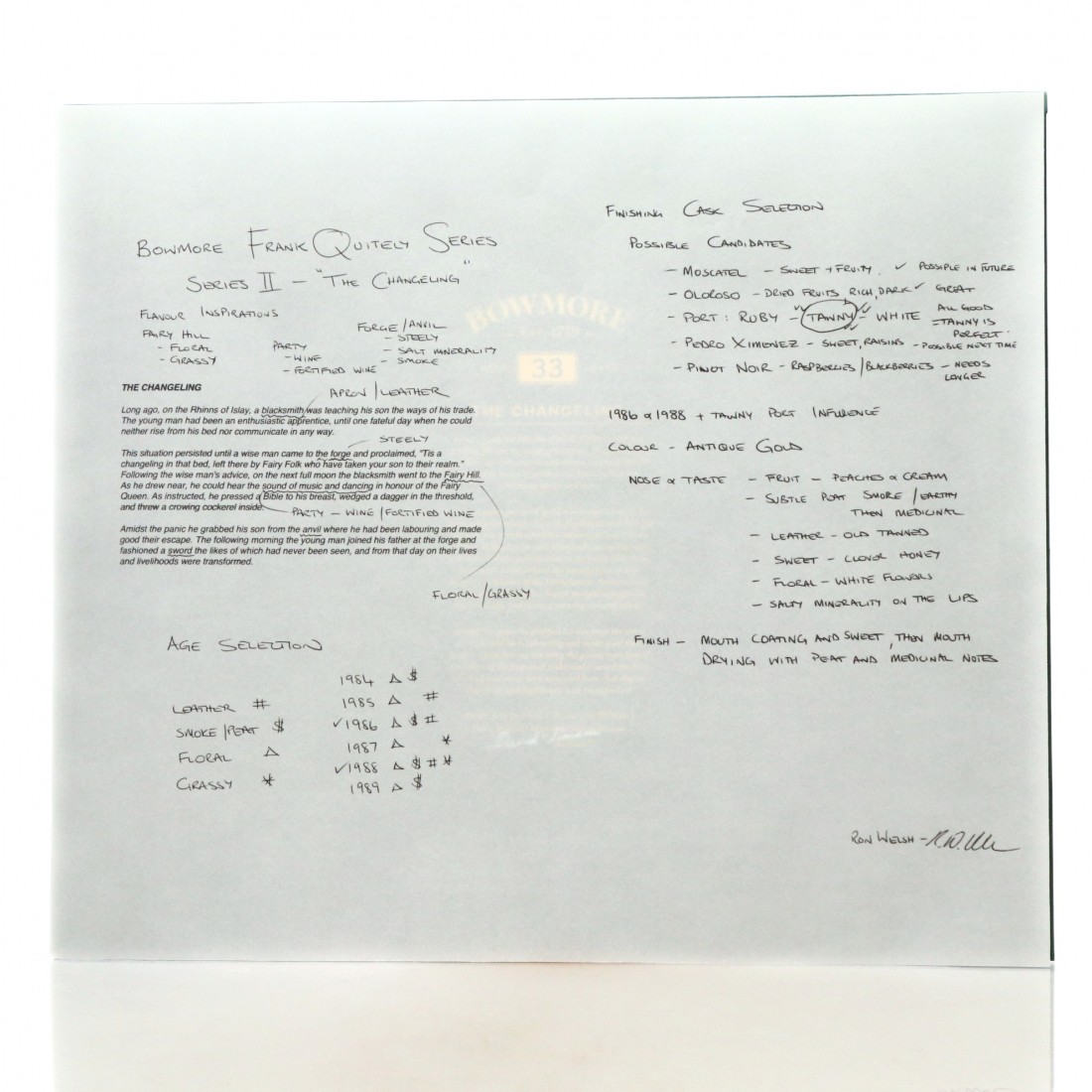 Titled The Changeling, this is another collaboration between Bowmore and graphic artist Frank Quitely. It was only available via Travel Retail from October 2022.

This impressive single malt began its maturation in American oak hogsheads for 31½ years before being finished in ex-White Tawny Port casks for a final eighteen months.

Smartly presented, the bottle includes an original signed print by Frank Quitely. It also includes notes from Bowmore Master Blended, Ron Welsh regarding the process of creating the whisky.