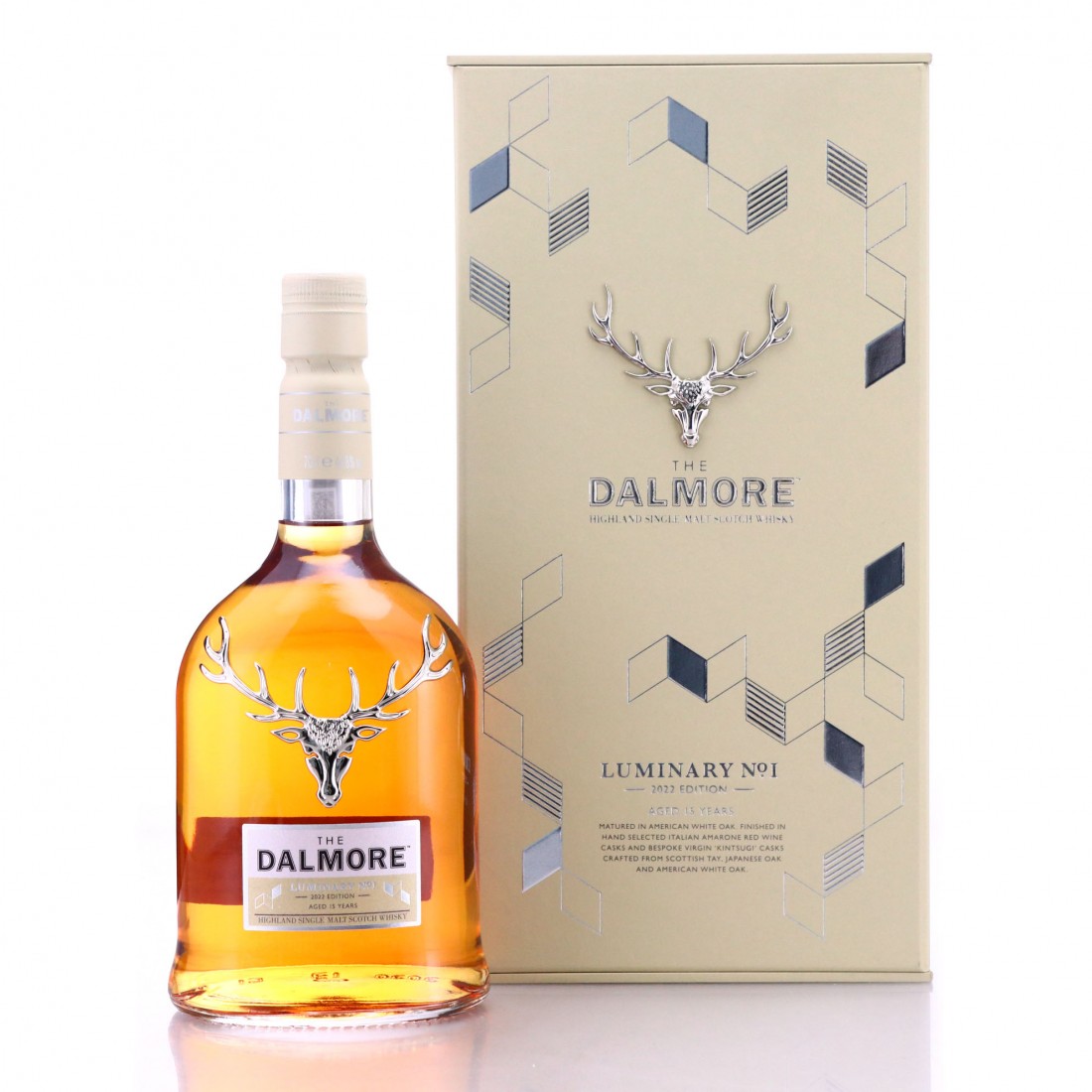 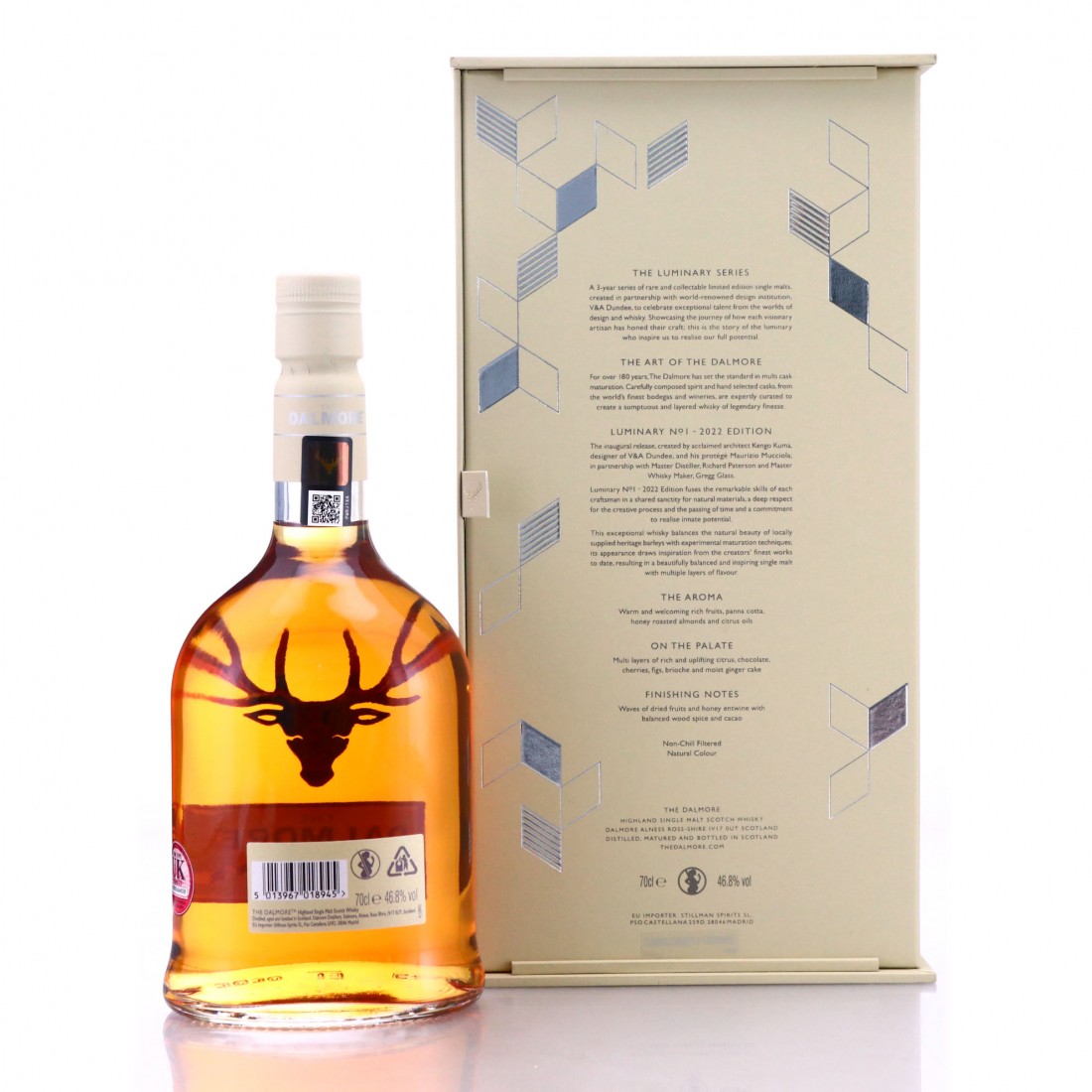 The Dalmore 15 year old was launched in 2007 during a rejuvination of the core range, which also included the introduction of the King Alexander III. It is matured for 12 years in American white oak ex-bourbon casks and then a further maturation in three different sherry casks: Amoroso, Apostoles and Matusalem Oloroso.

Created to celebrate the great Japanese architect Kengo Kuma, who is responsible for the Dundee V&A museum.