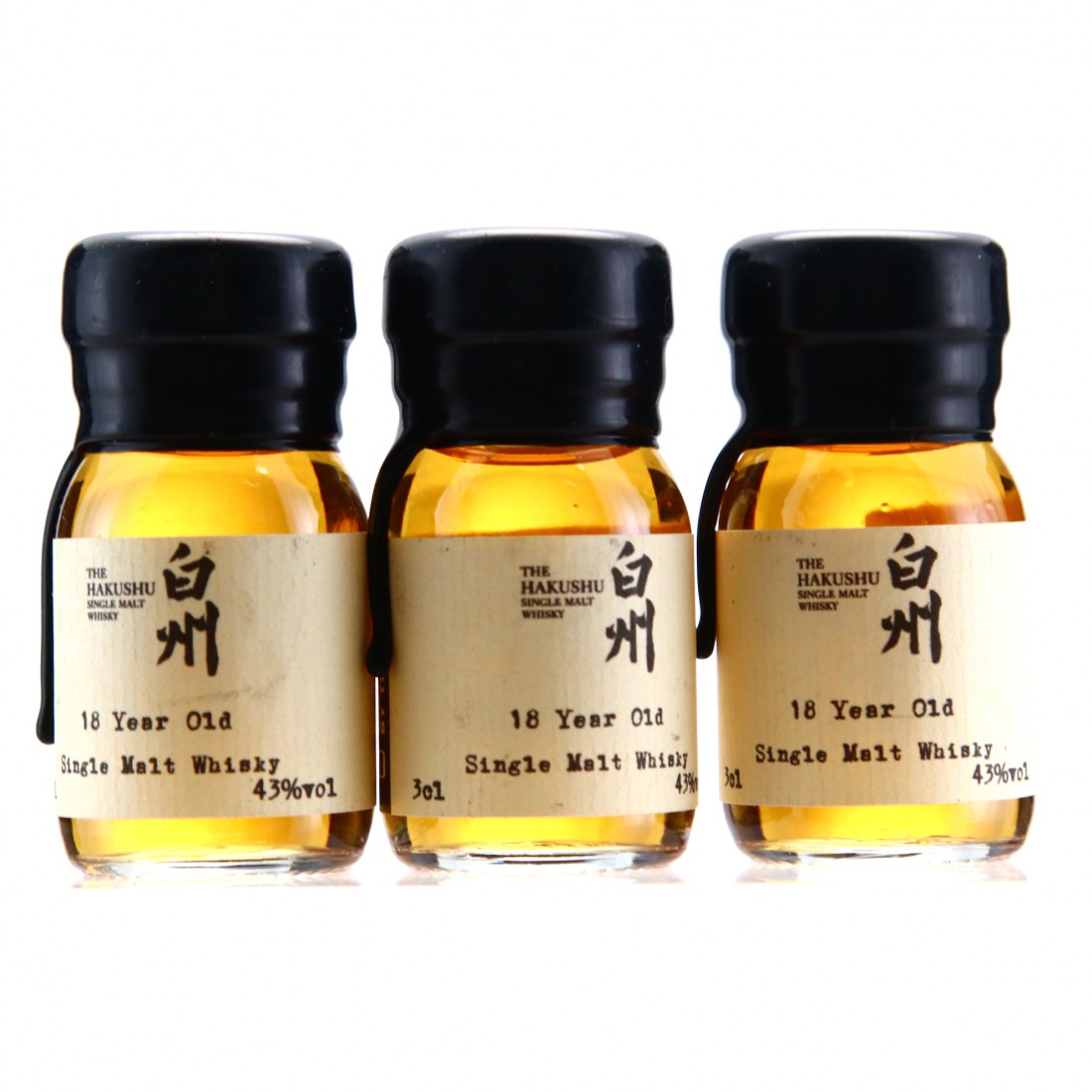 A collection of Hakushu samples from Drinks by the Dram.