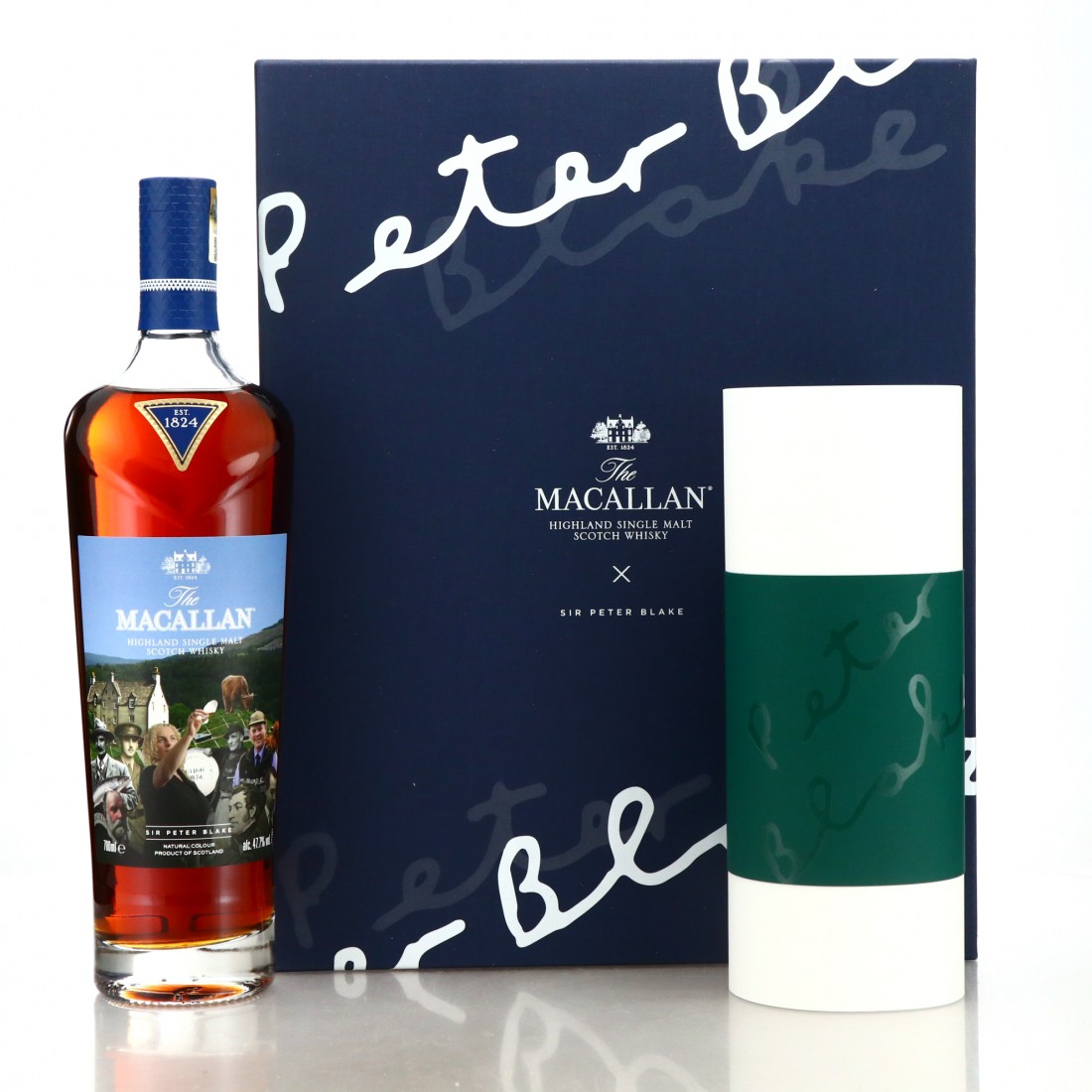 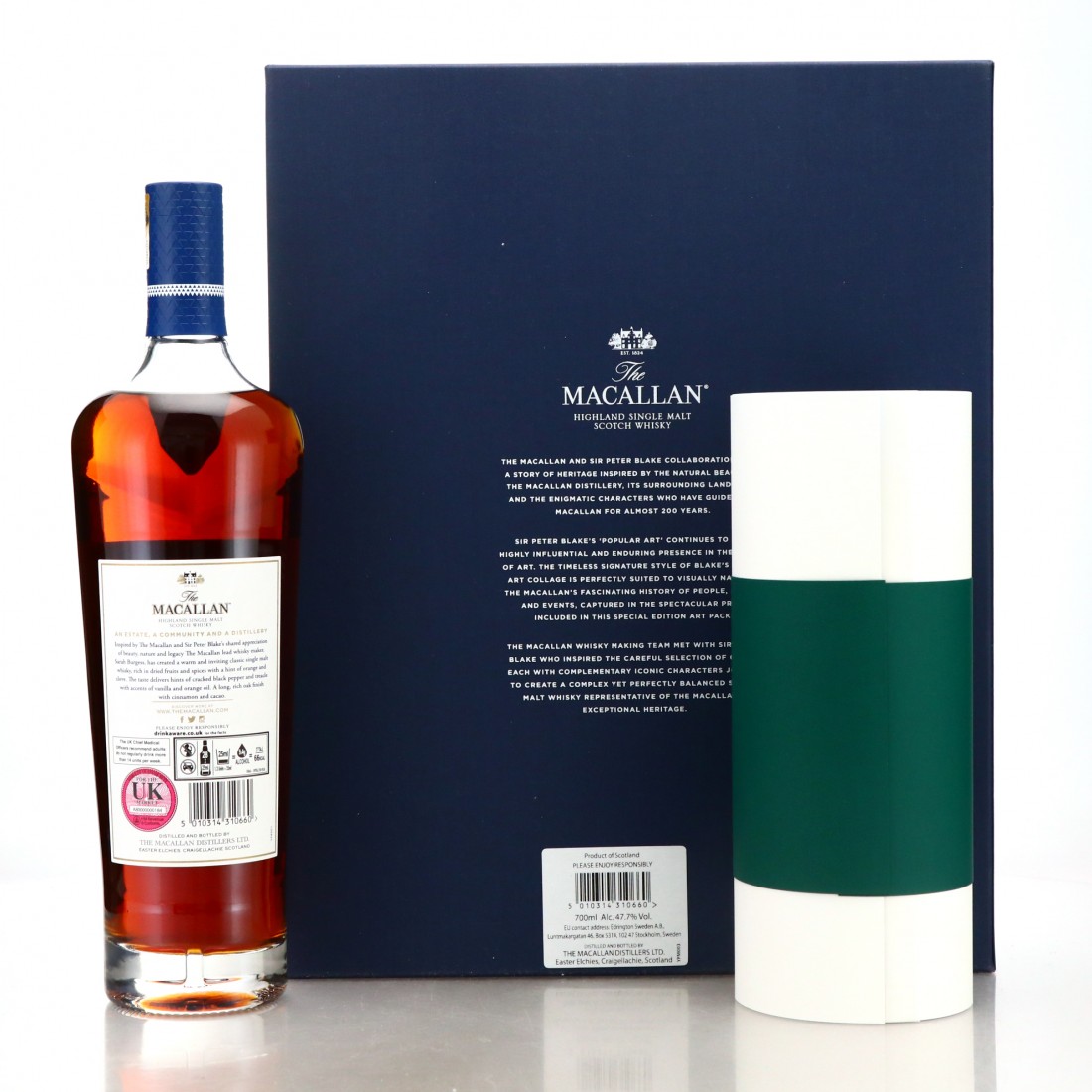 Presented in early 2021, An Estate, A Community and A Distillery is the result of the Speyside giant once again collaborating with acclaimed British artist, Sir Peter Blake. Famously the designer of The Beatles iconic Sgt. Pepper's Lonely Hearts Club Band record sleeve, he is perhaps best known in the whisky world for labelling 12 bottles of the legendary Macallan 1926: currently the most expensive single malt in history. This is the third time he and The Macallan have worked together.

The bottle was released to celebrate the distilleries Anecdotes of Ages Collection and was available via ballot in March 2021. The presentation box houses the bottle, a certificate detailing the history and heritage on which the art was based, and artwork printed on a scroll.