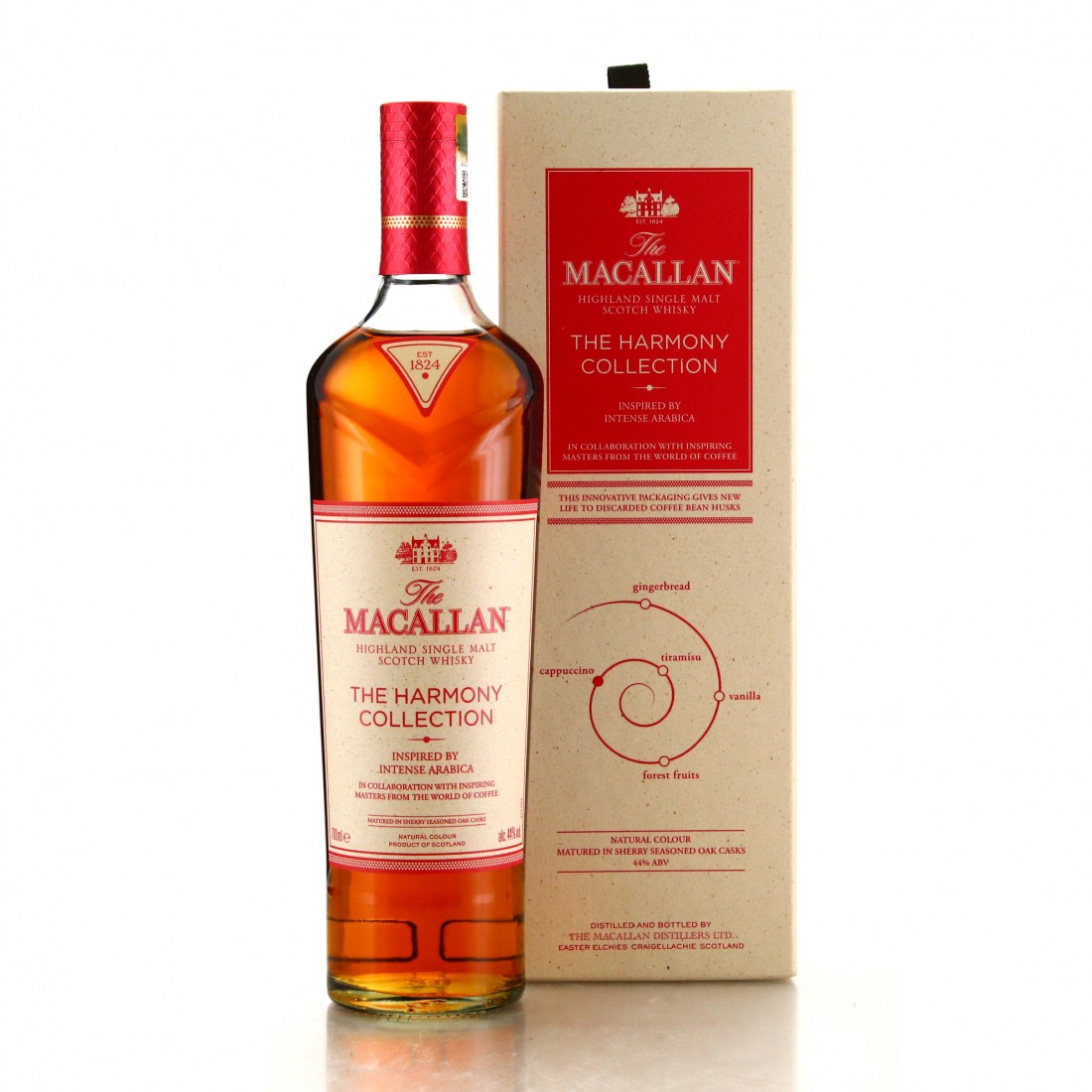 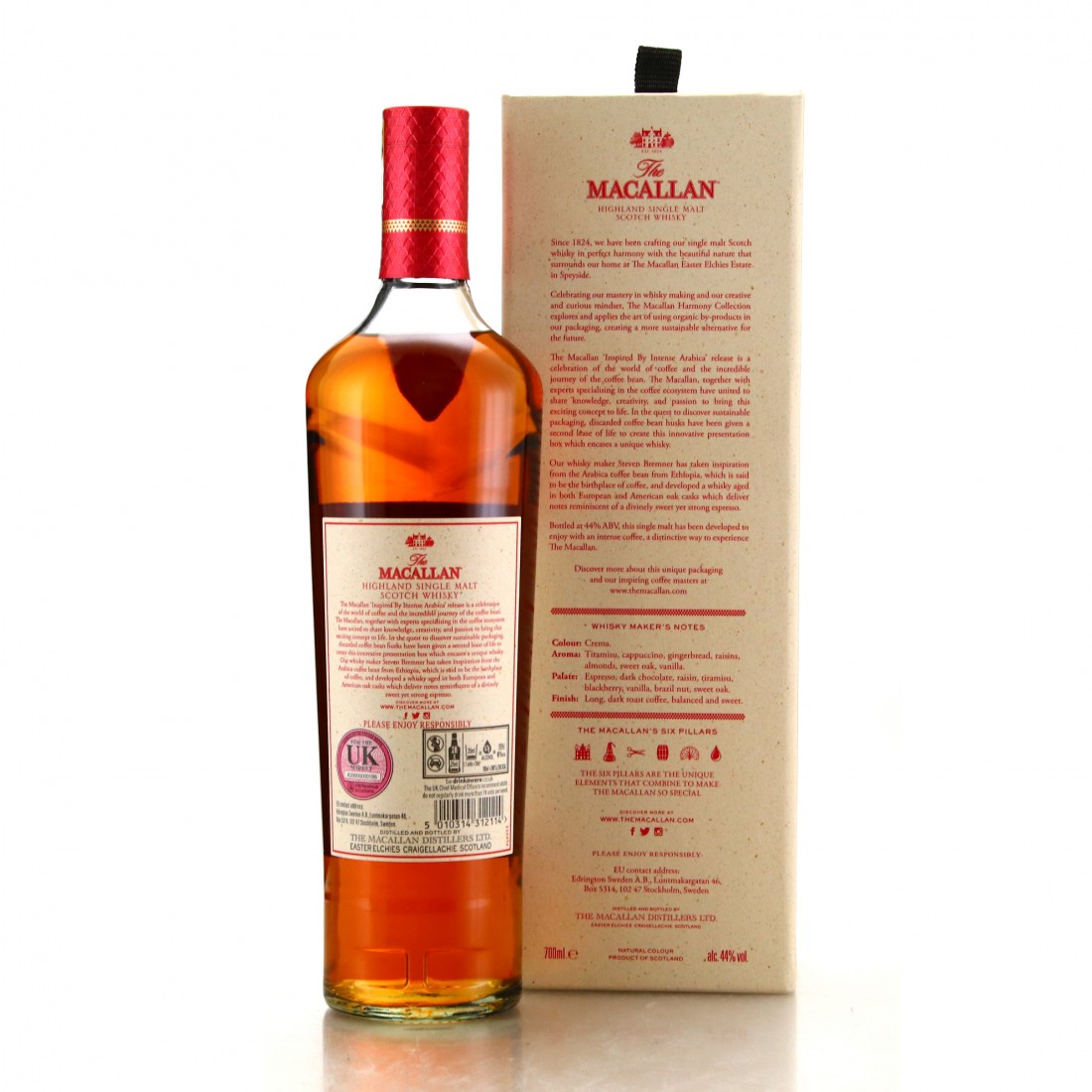 Released in October 2022, Intense Arabica is part of the second release from Macallan's The Harmony Collection. The project is spearheaded by the distilleries efforts to focus on sustainability.

This release celebrates the flavours of the Ethiopian Arabica coffee bean.

Macallan Whisky Maker Steven Bremner worked with world renowned coffee experts to produce the perfect whisky to be paired with high quality coffee. The result has been aged in ex-Sherry European and American oak casks.

By focusing on sustainable packaging and in homage to its coffee influence, Intense Arabica was presented in a 100% recyclable and biodegradable box which is made using natural by-products in the coffee-making process. These include sustainably sourced coffee bean husks.