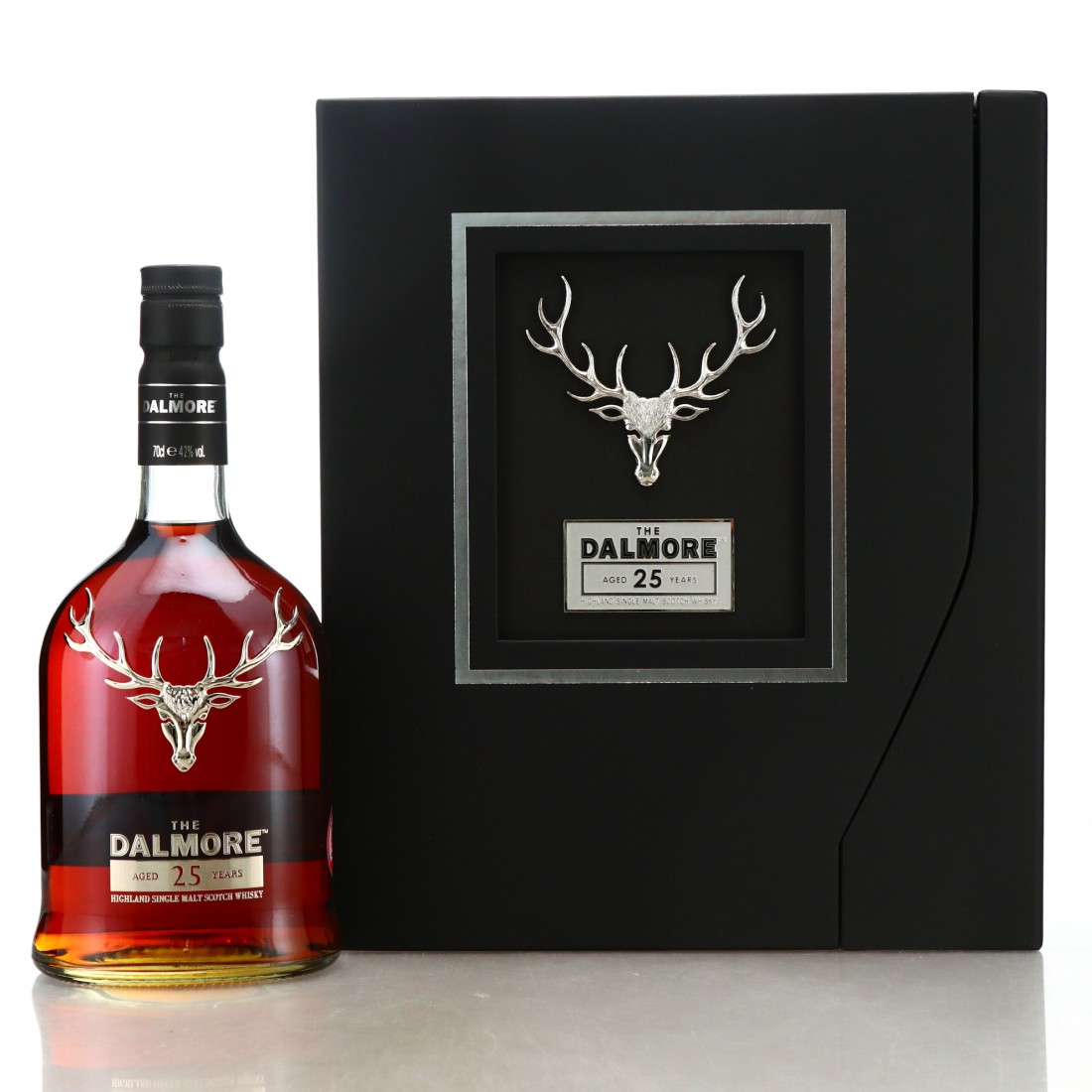 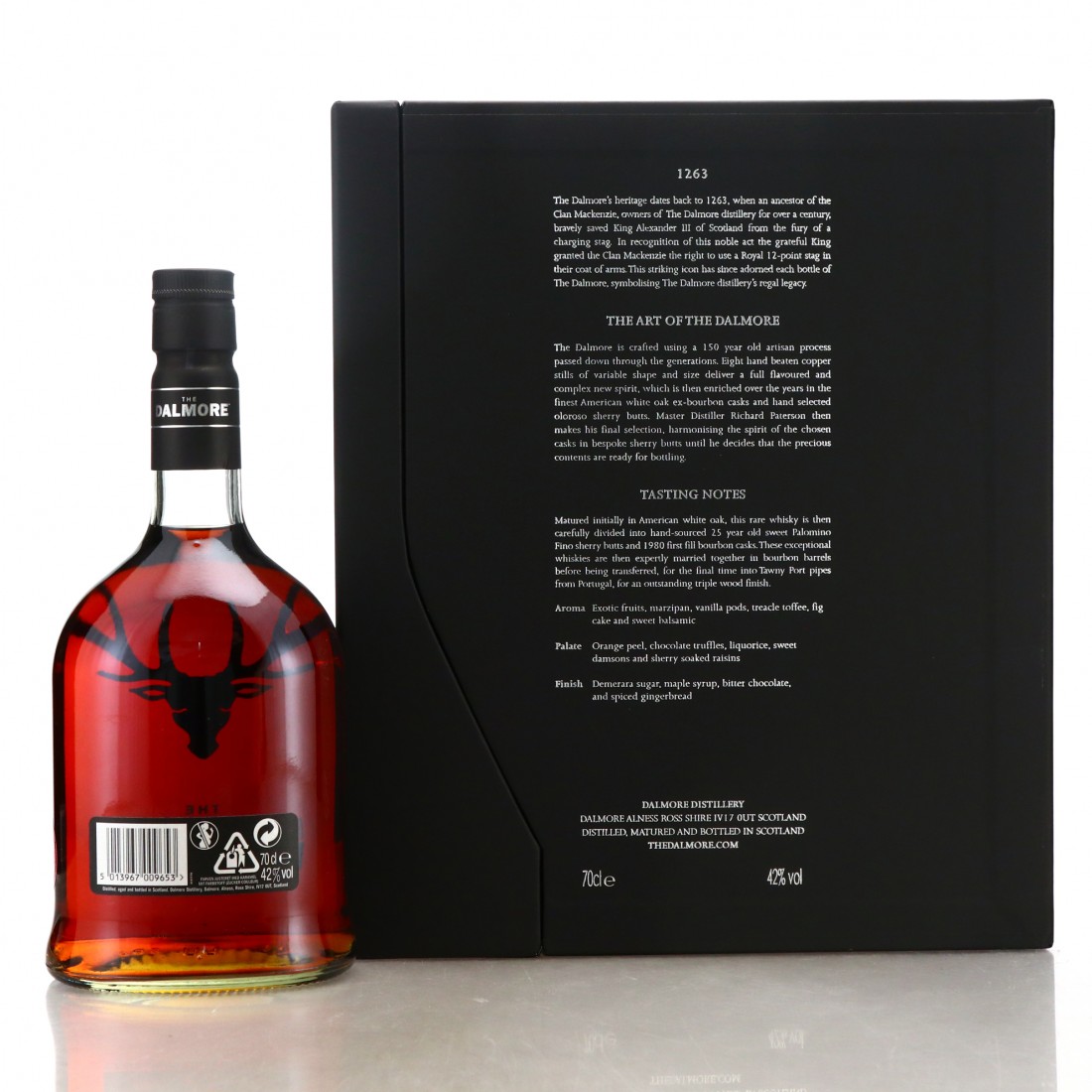 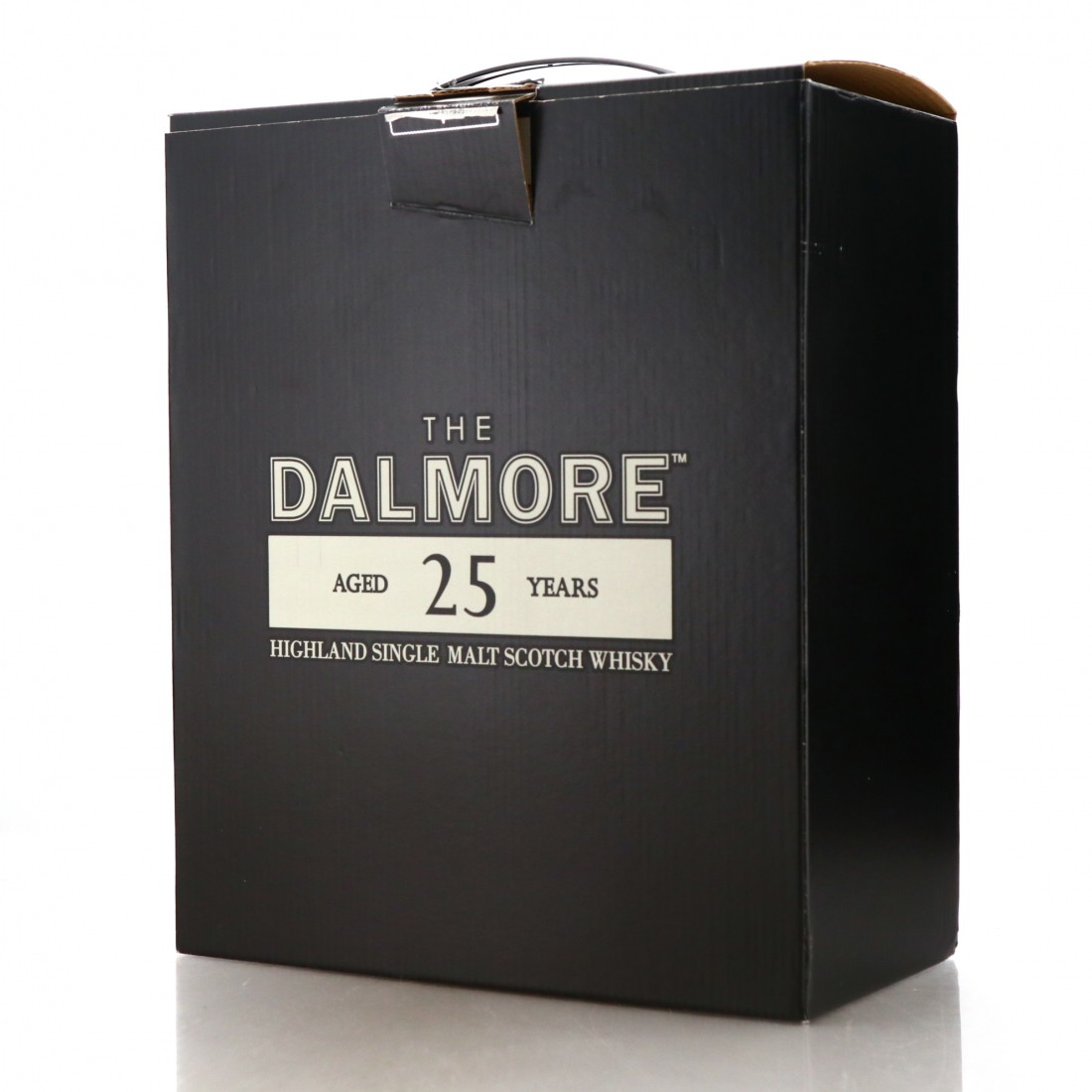 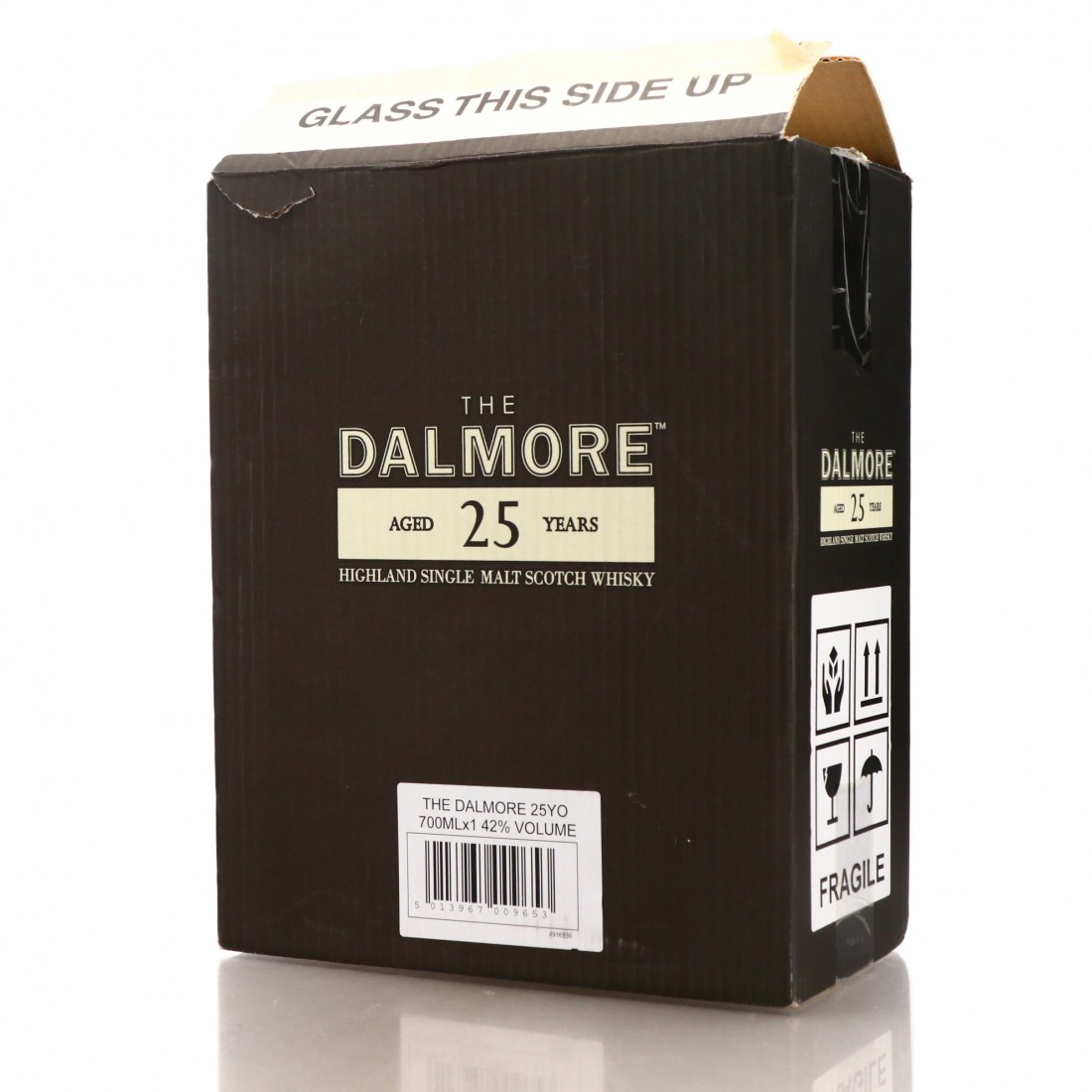 Released in very limited quantities in 2014, this Dalmore 25 Year Old is matured initially in American white oak before a second maturation in a combination of Palomino Fino sherry butts and first fill bourbon cask.

That's not all, these are then married together in bourbon barrels before a final finishing period in Tawny port pipes.