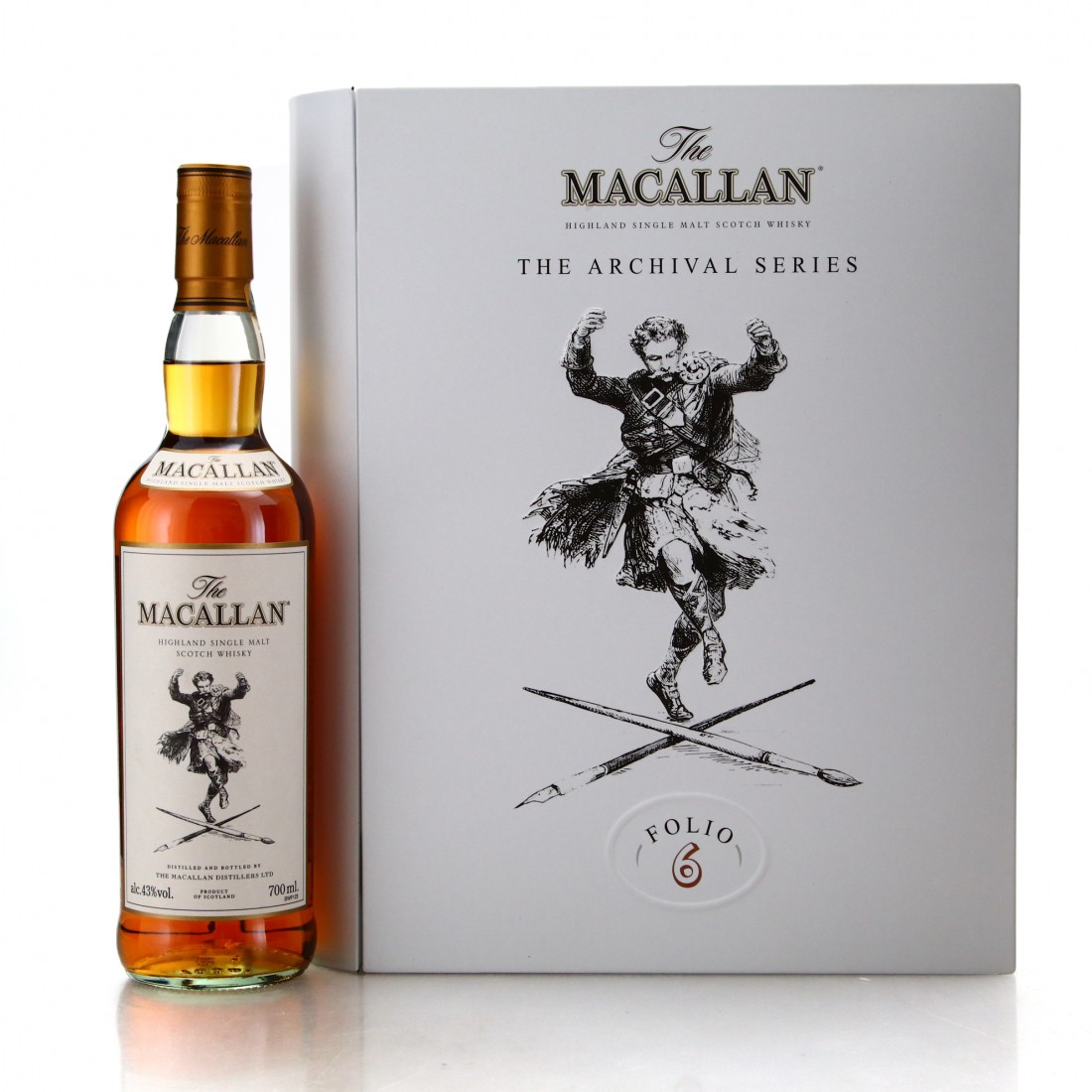 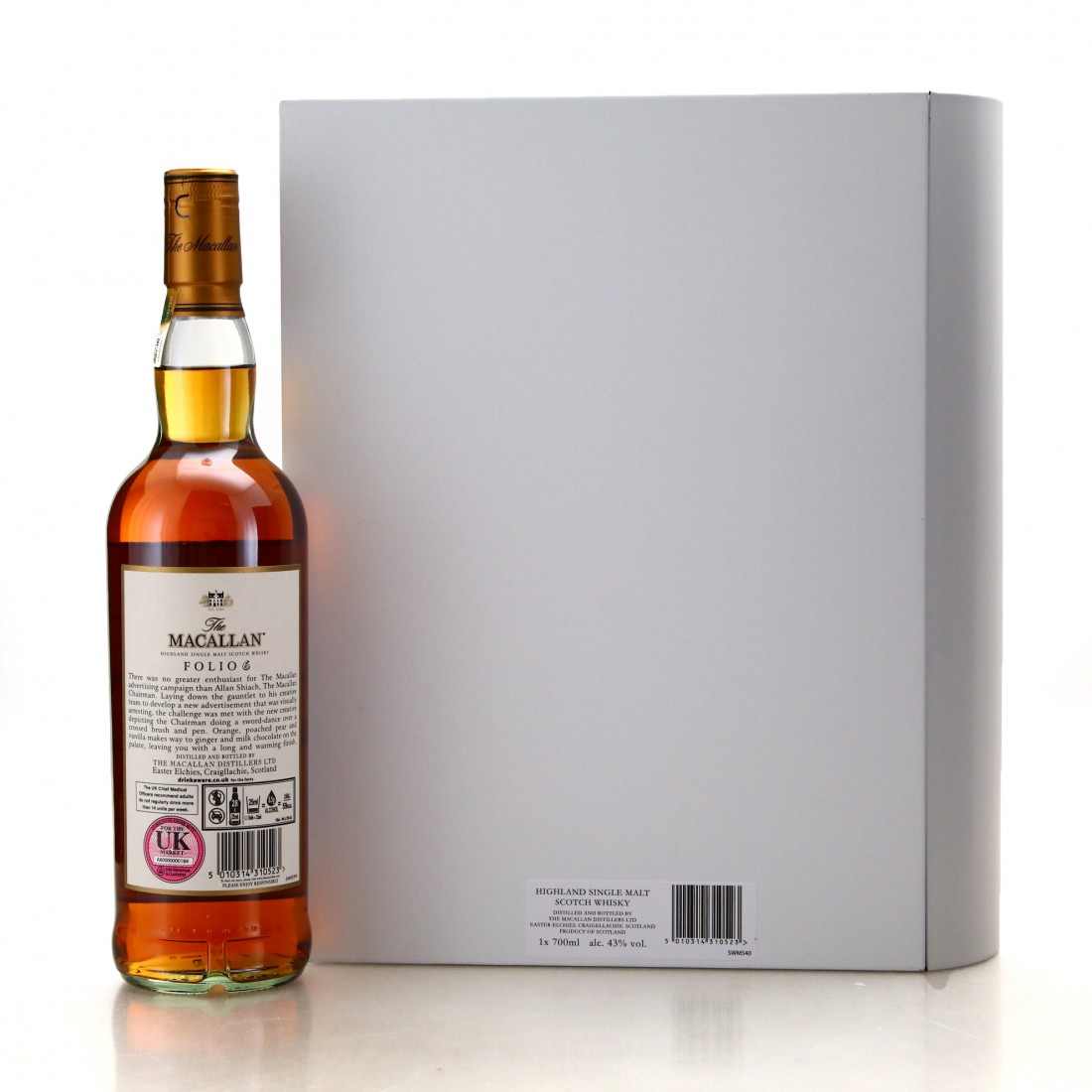 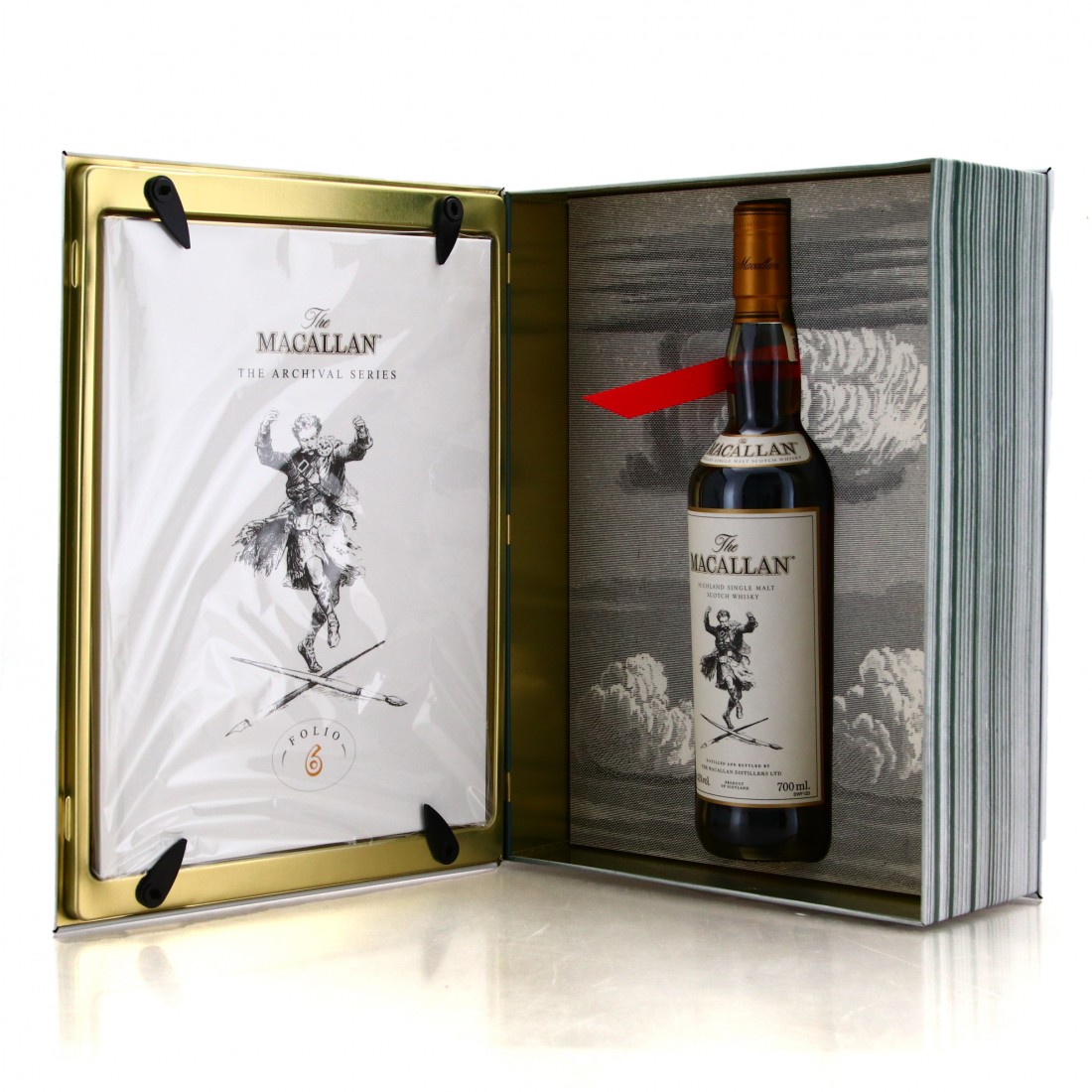 "Macallan ever keen to keep his Publicity Advisers on their toes..."

Folio 6 features the character of The Chairman. He is dressed as a Scotsman dancing the Highland fling over a pen and brush which were the symbols of the distilleries publicity advisers Holmes and Salaman. The Macallan Chairman Allan Shiach would occasionally suggest ideas to the team and the two departments would often clash. Shiach's addition of The Chairman character was a polite reminder to his publicity advisers that he would always have the final say.

As with the previous Folio releases, the bottle is presented with a book inside an elegant book-shaped tin box. Originally released in winter 2020.

Due to the size of the presentation tin, this lot will include a two bottle shipping fee.