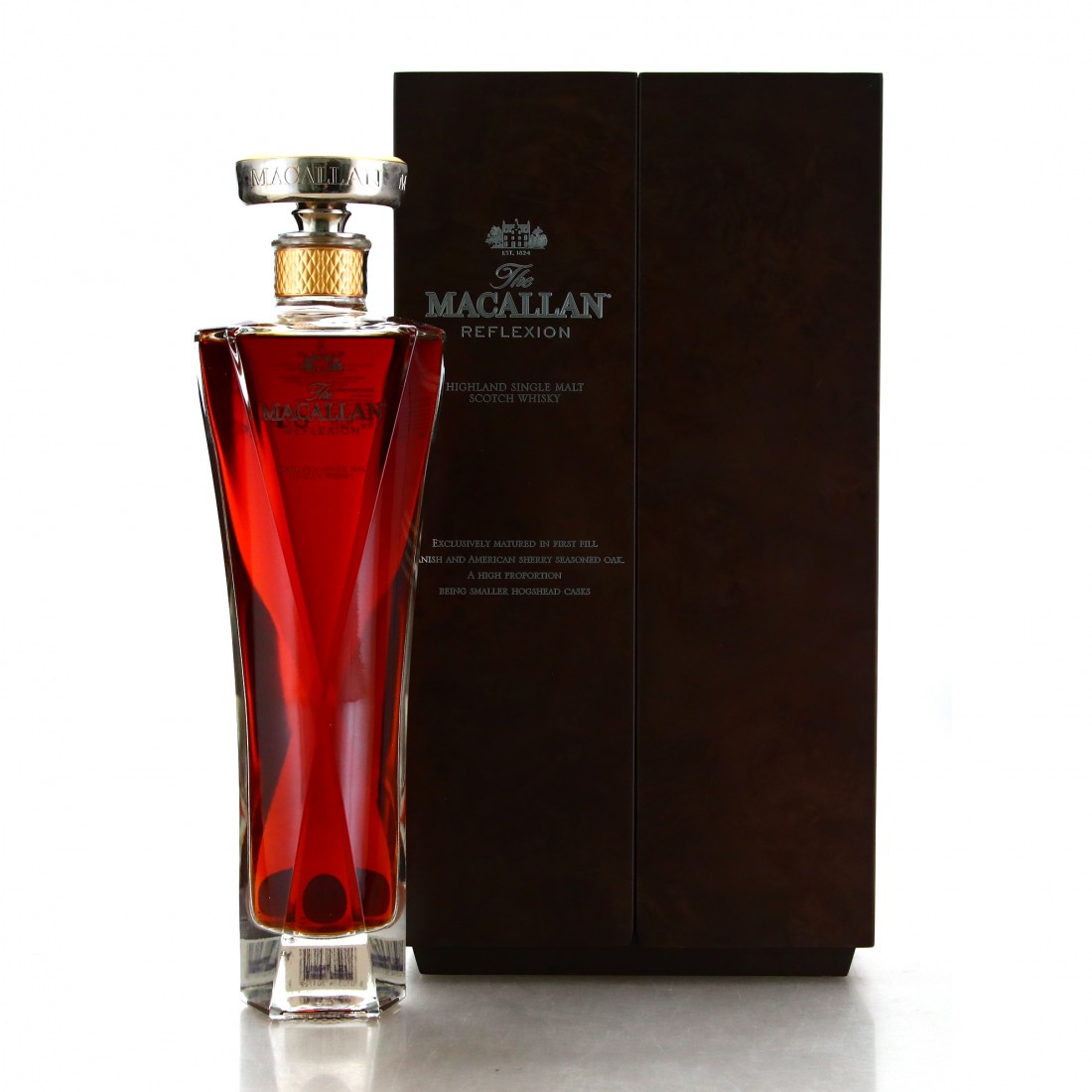 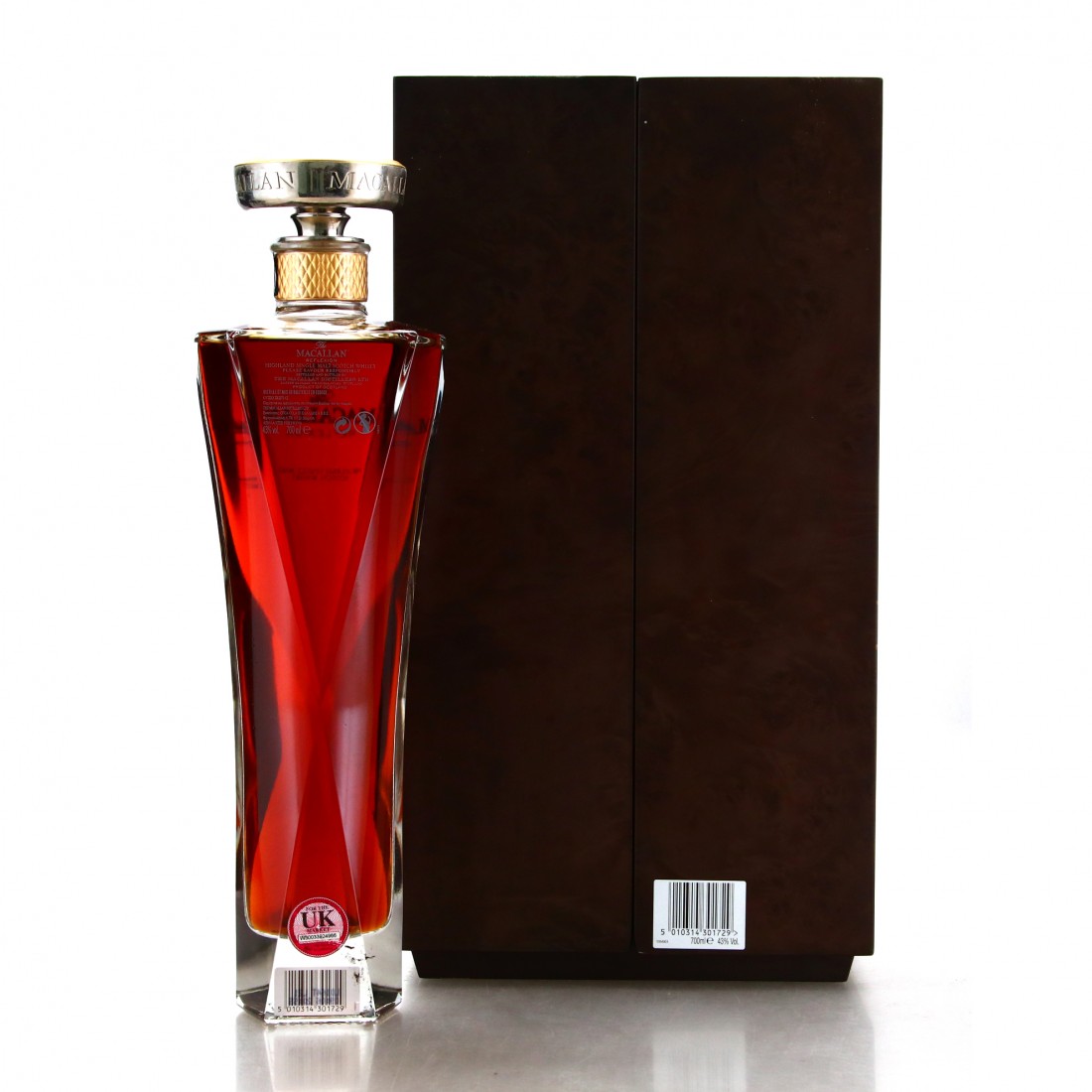 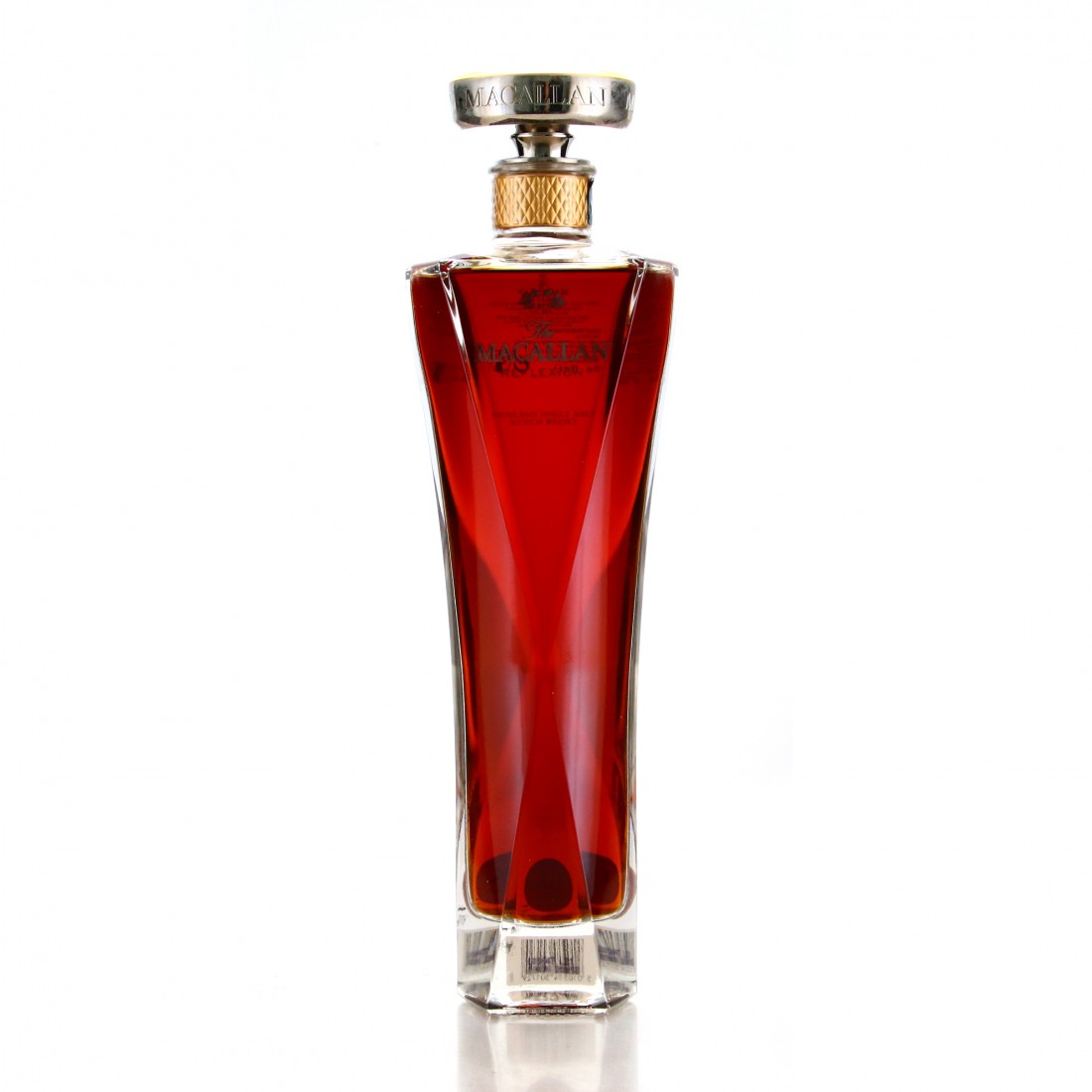 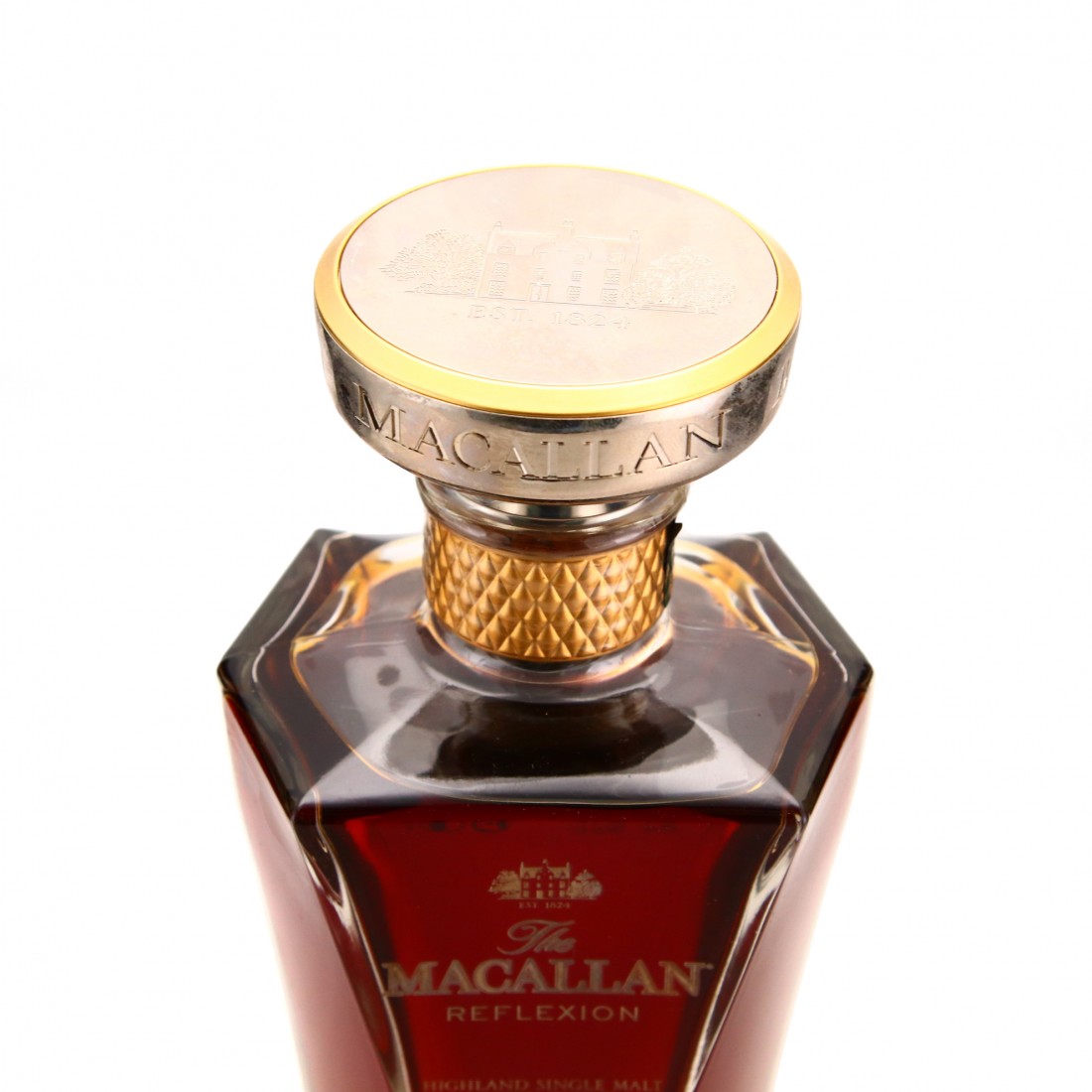 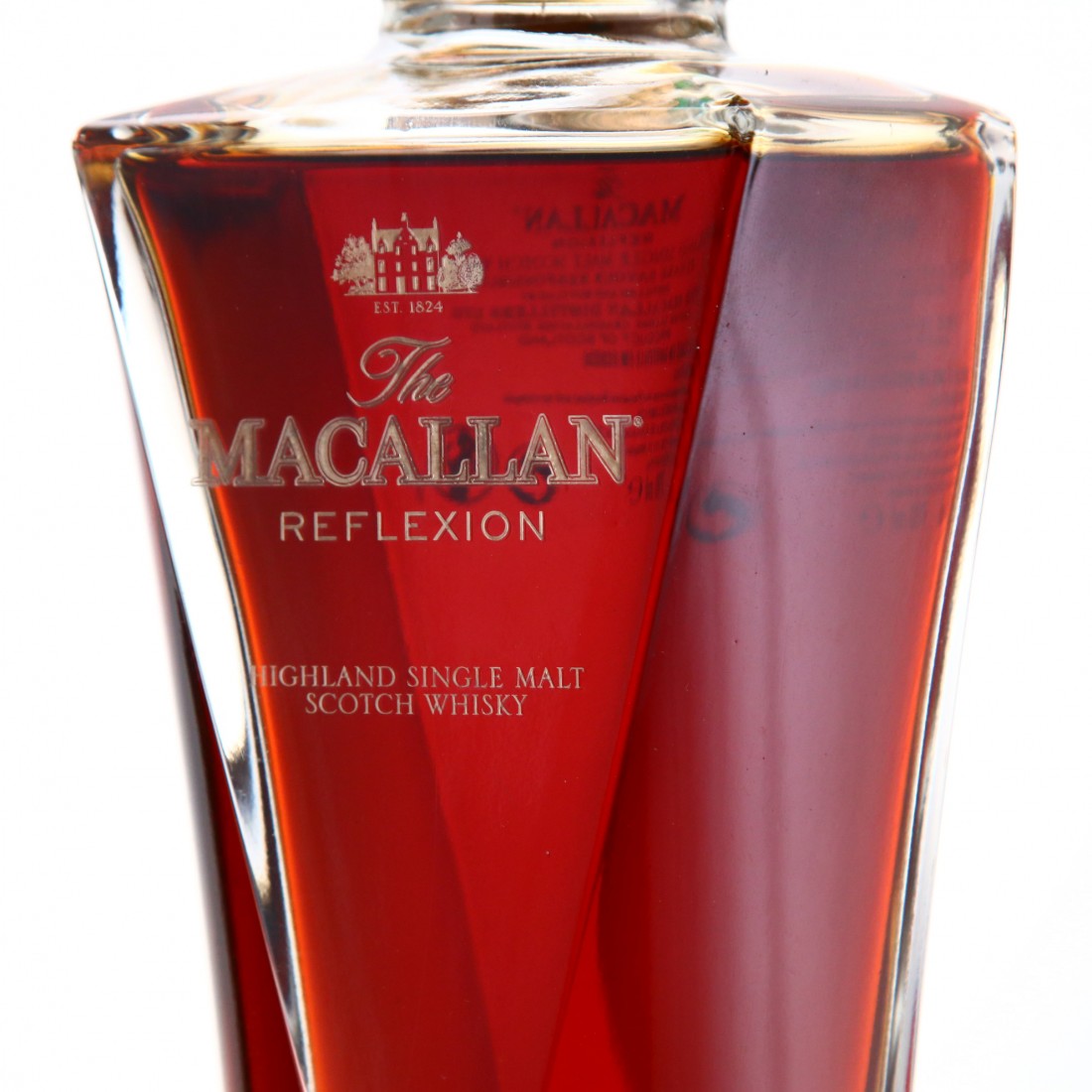 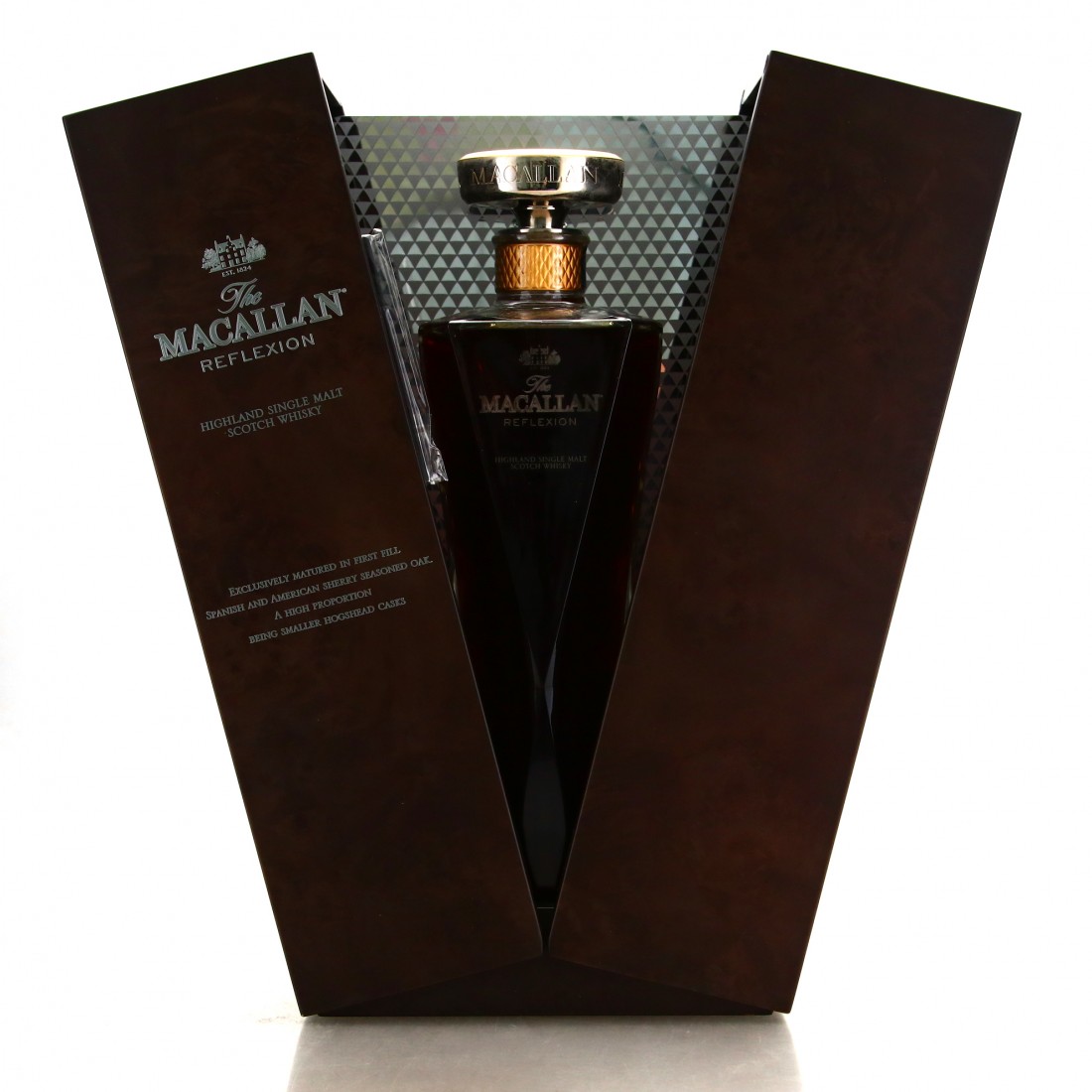 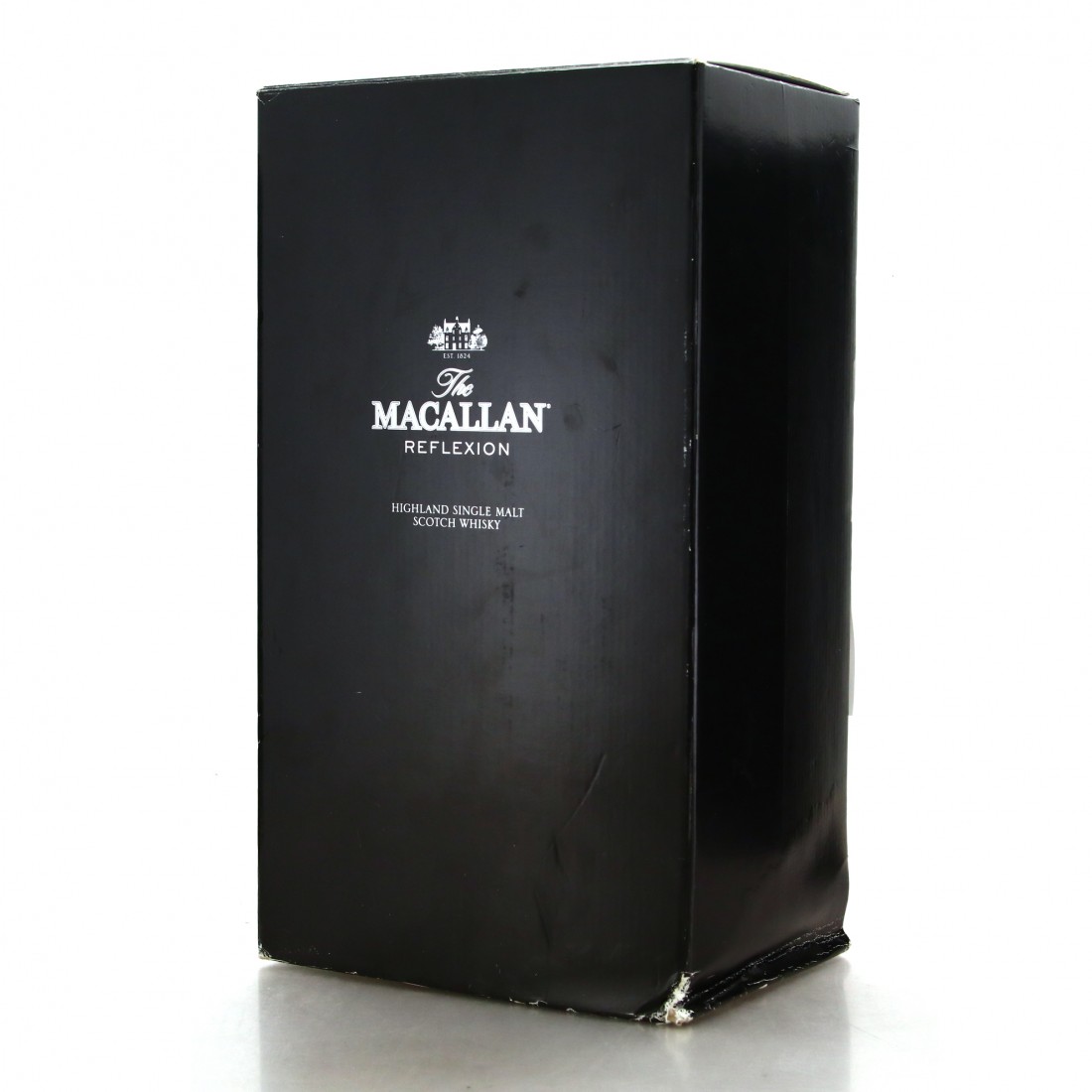 The Reflexion was introduced in 2014 at the top of the 1824 Master Series, a premium tier of the regular 1824 core range which was marketed between 2012 and 2018. When the Macallan range was rebranded in 2018, this became part of the Masters Decanter Series.

Matured in Spanish and American first fill sherry 'seasoned' casks, with a high proportion of those being smaller hogshead casks.