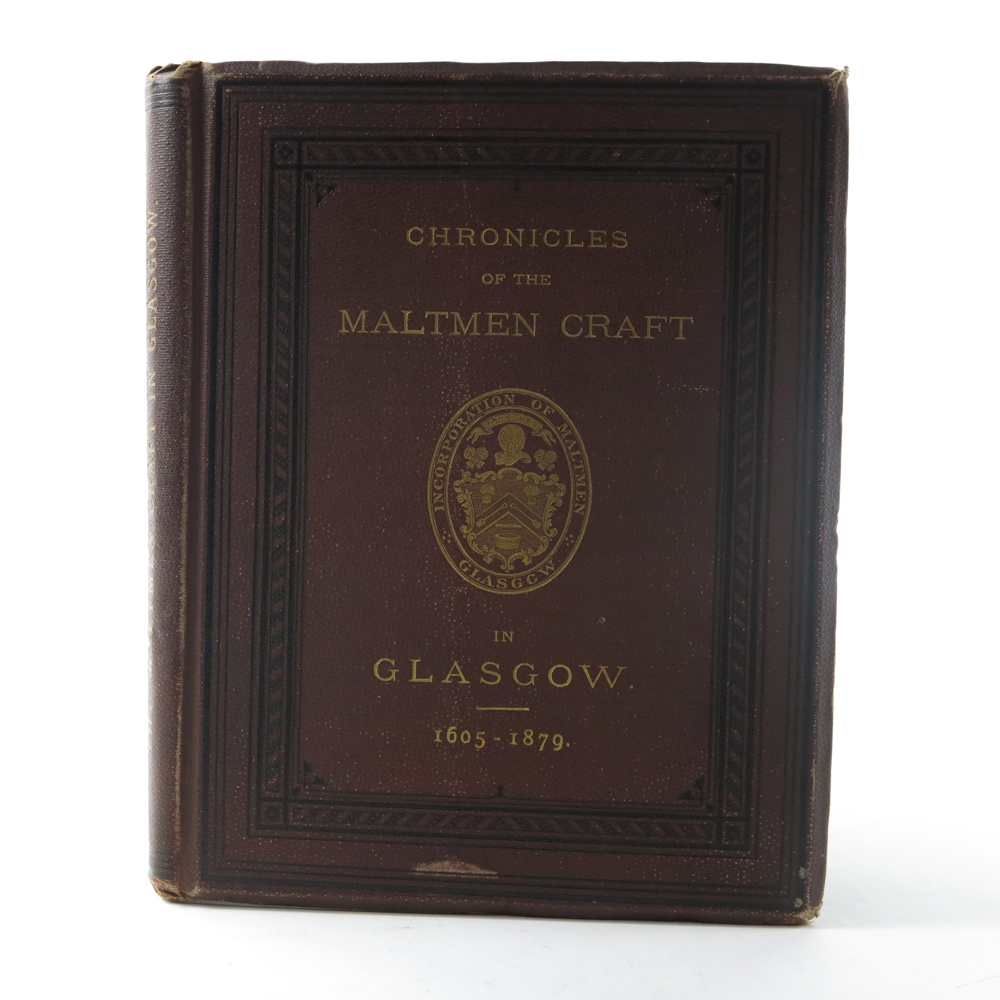 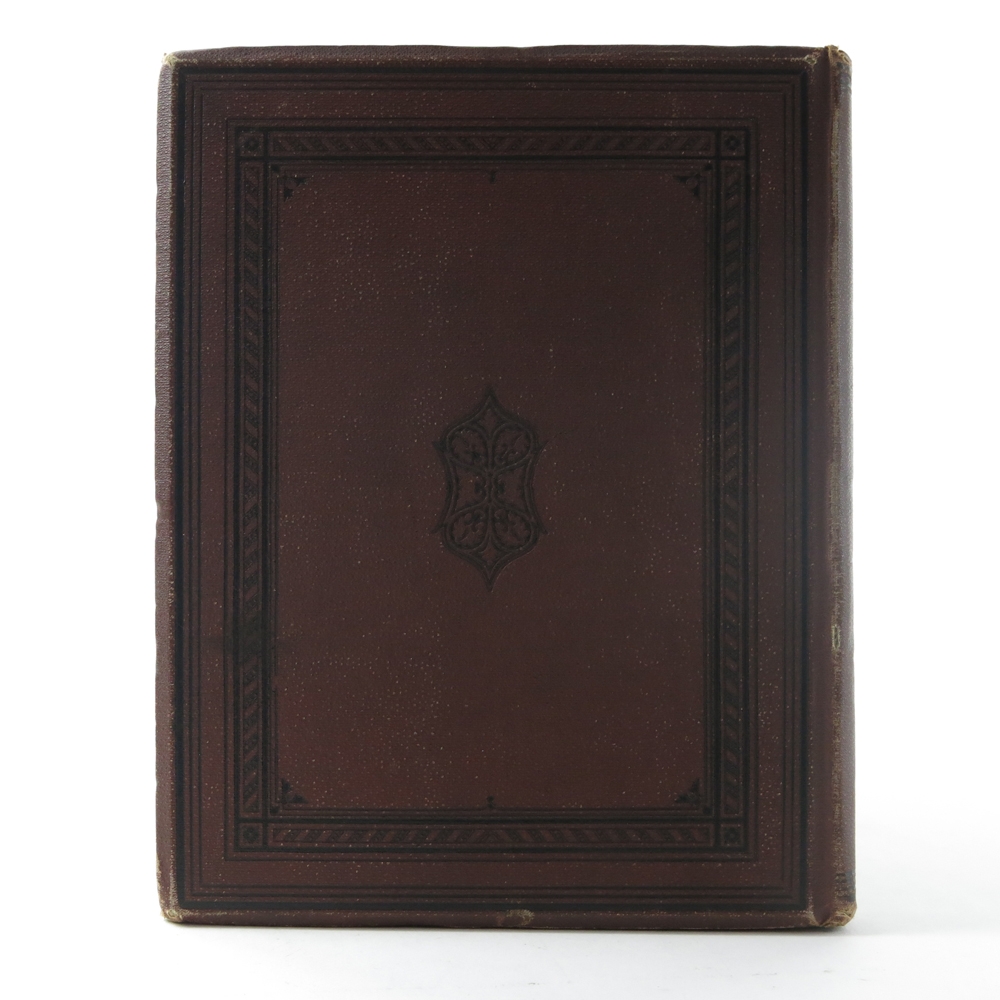 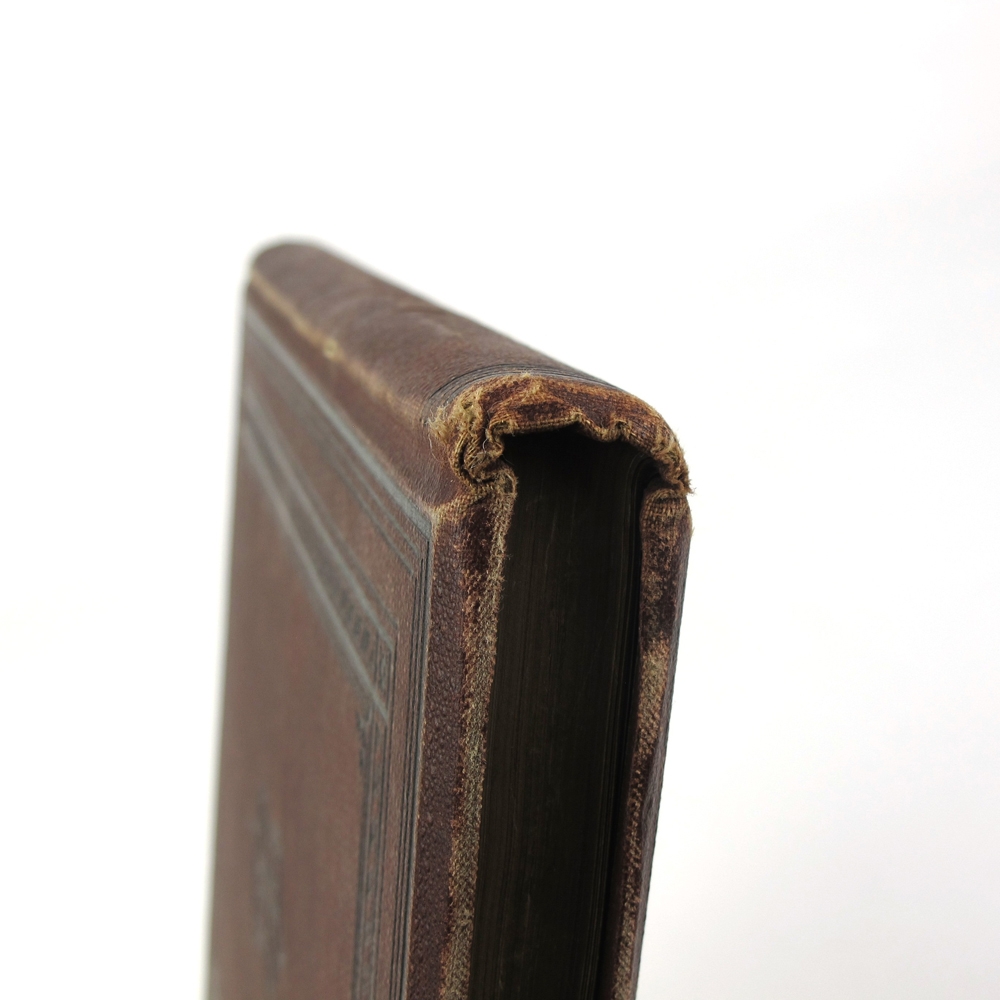 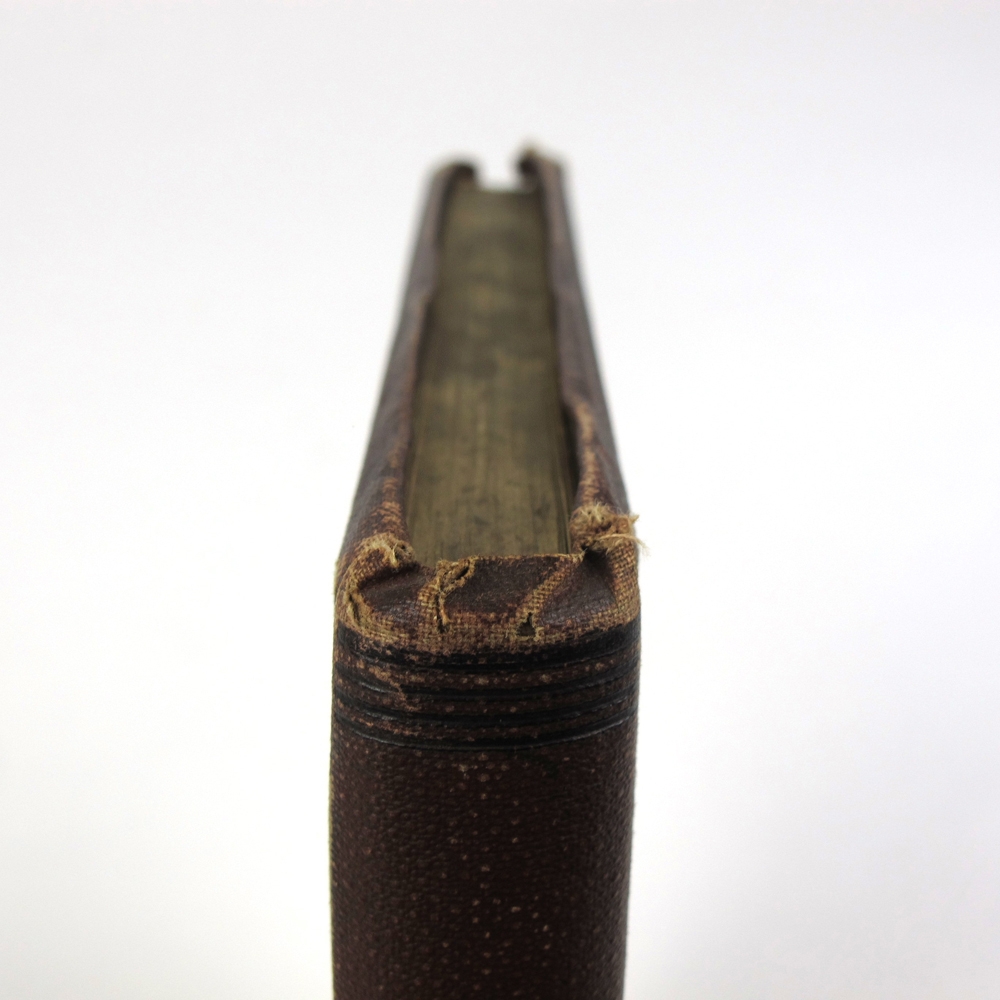 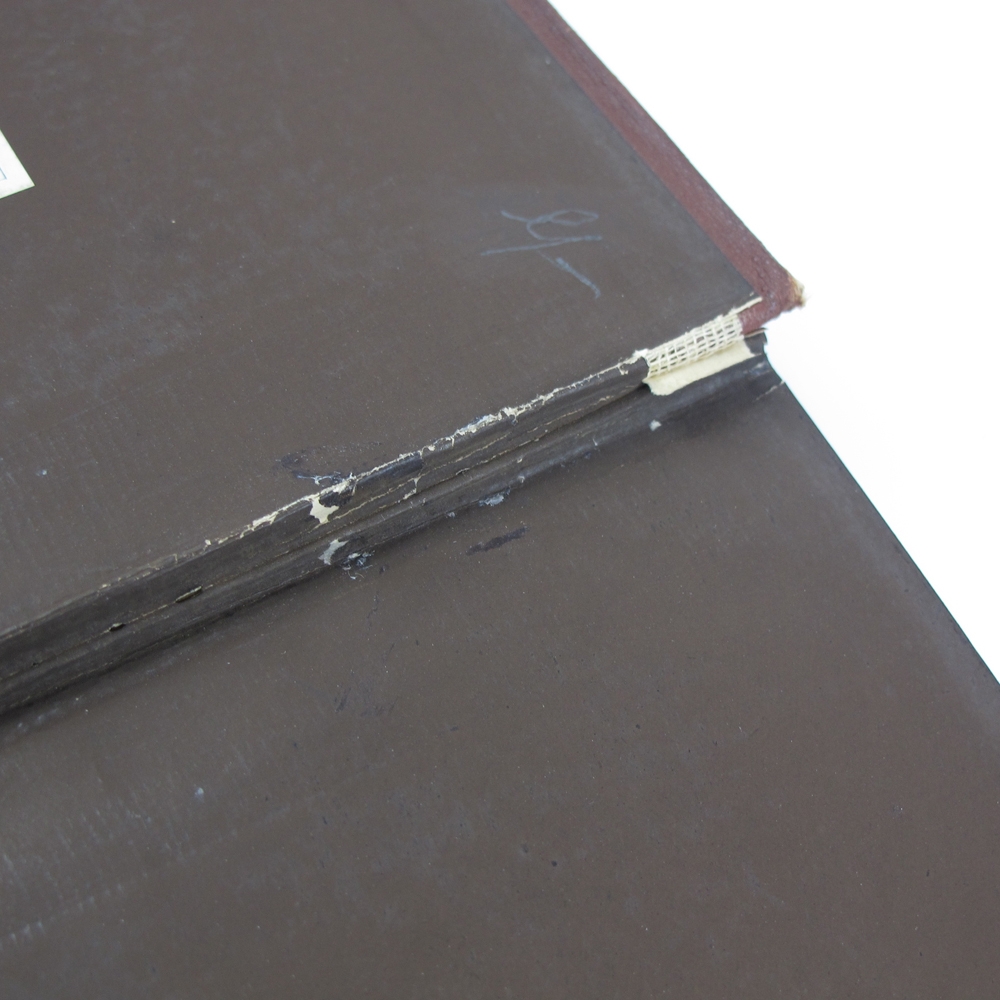 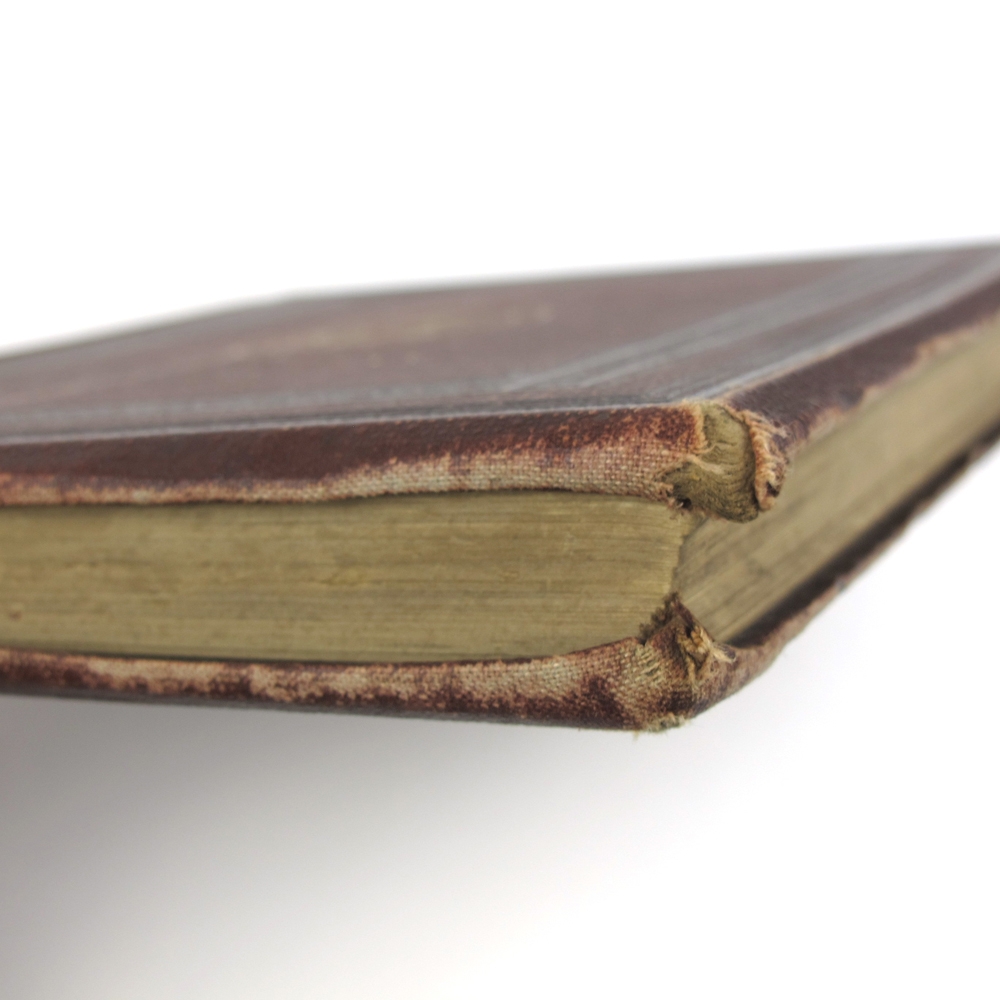 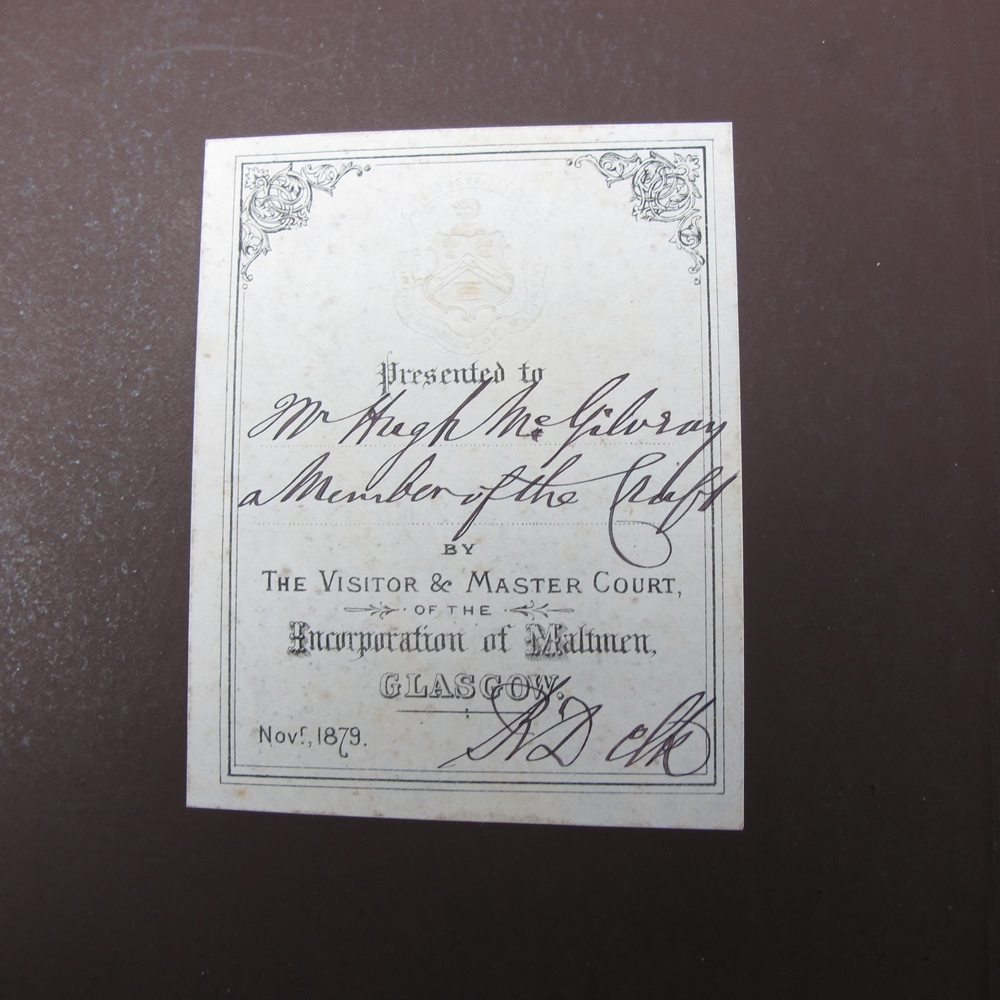 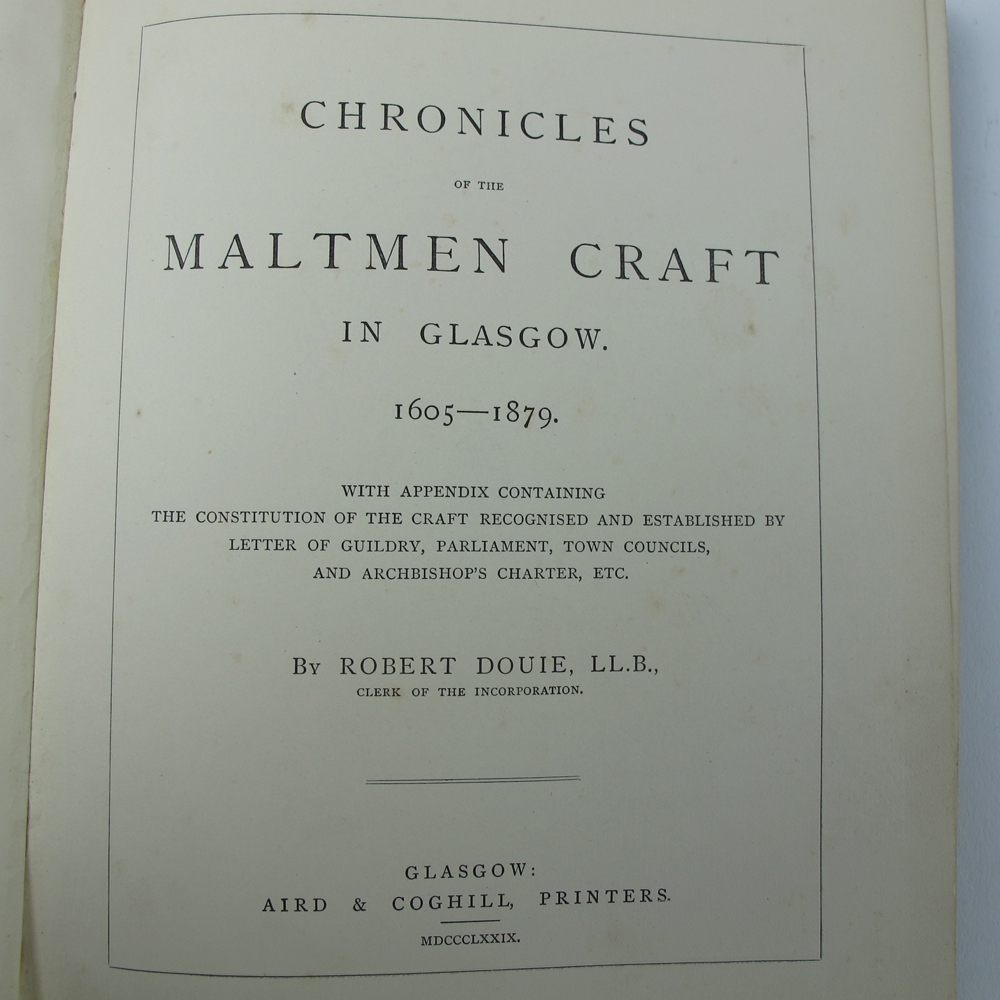 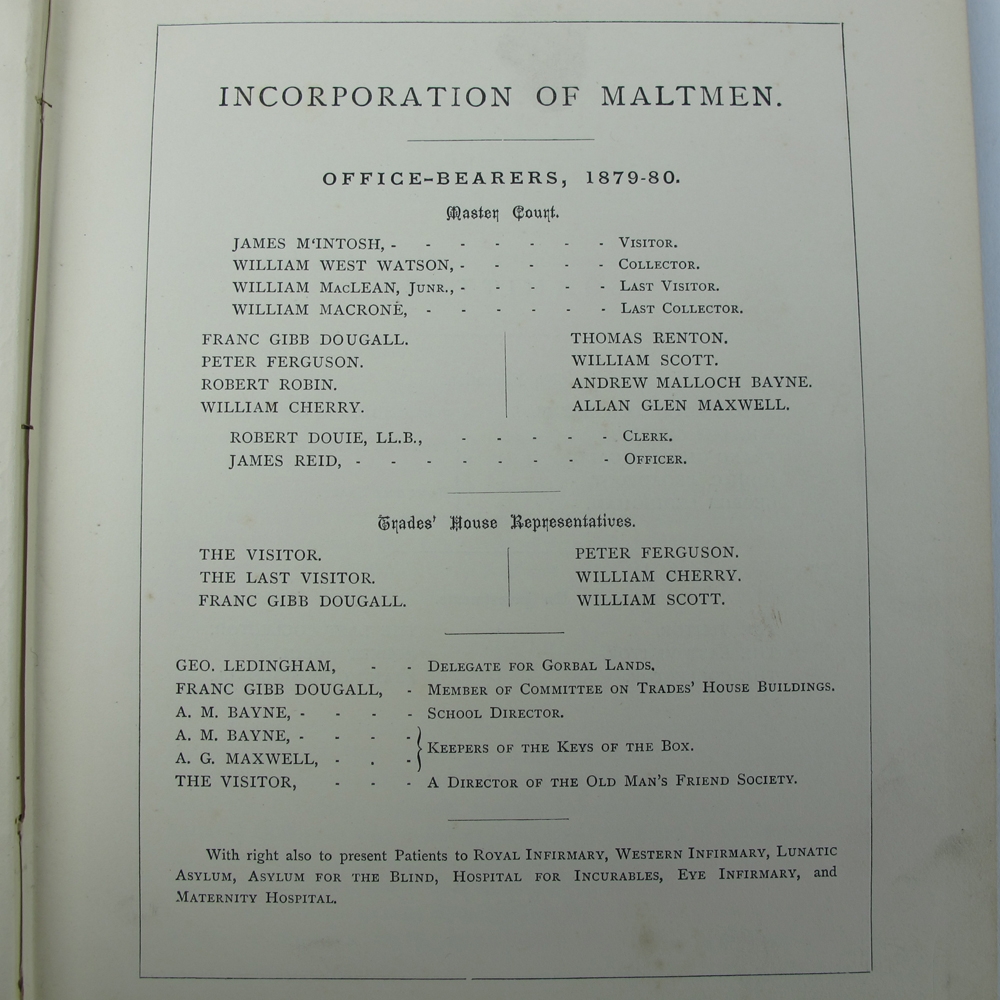 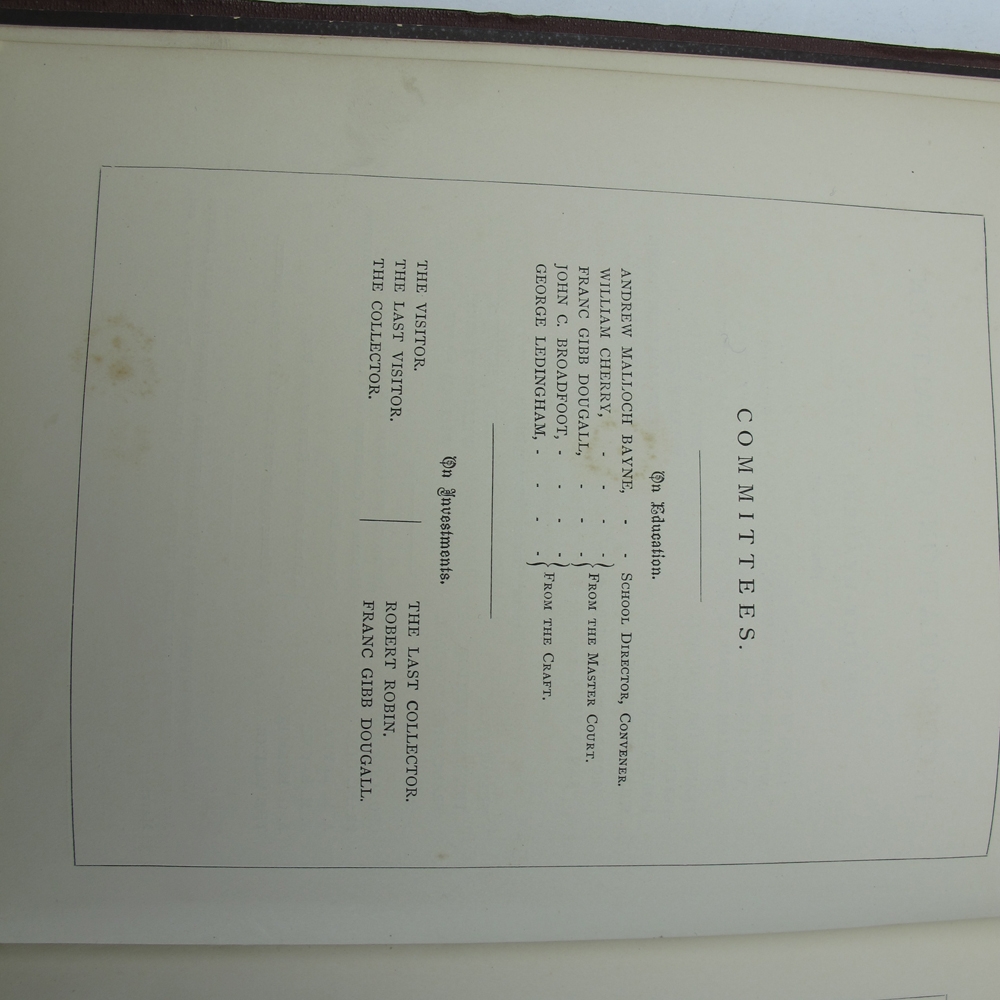 Douie, Robert, Chronicles of the Maltmen Craft in Glasgow 1605 - 1879: with appendix containing the constitution of the craft recognised and established by Letter of Guildry, parliament, town councils, and Archbishop's charter, etc. Glasgow: Aird & Coghill, 1879.

A fascinating work charting the history of the Incorporation of Maltmen Glasgow from 1605, when they were granted a Letter of Guildry right up to 1879, when the Chronicles were published.

One of the fourteen incorporated crafts of Glasgow, the establishment of the Maltmen far pre-dates 1605 but it is believed that earlier records were destroyed in a great fire in 1601. Created with the aim of protecting the livelihood of members against unskilled competitors, the Incorporation also focused their efforts on supporting elderly members, widows and children and championing education within Glasgow.

Their work provided the starting point for the production of whisky and as such their history must be viewed as an extension of the Whisky industry's as a whole.

An essential addition to any whisky library! 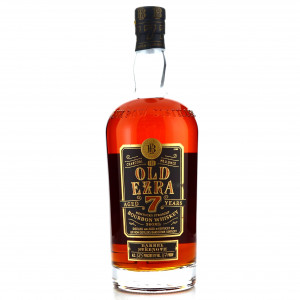 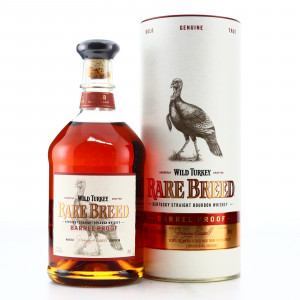 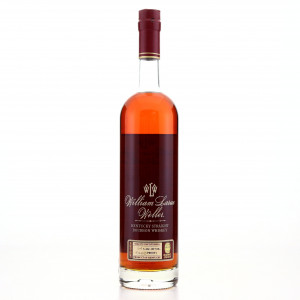 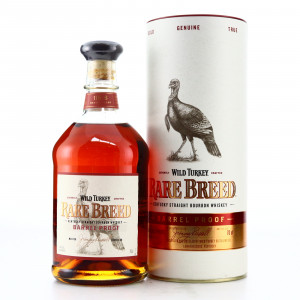