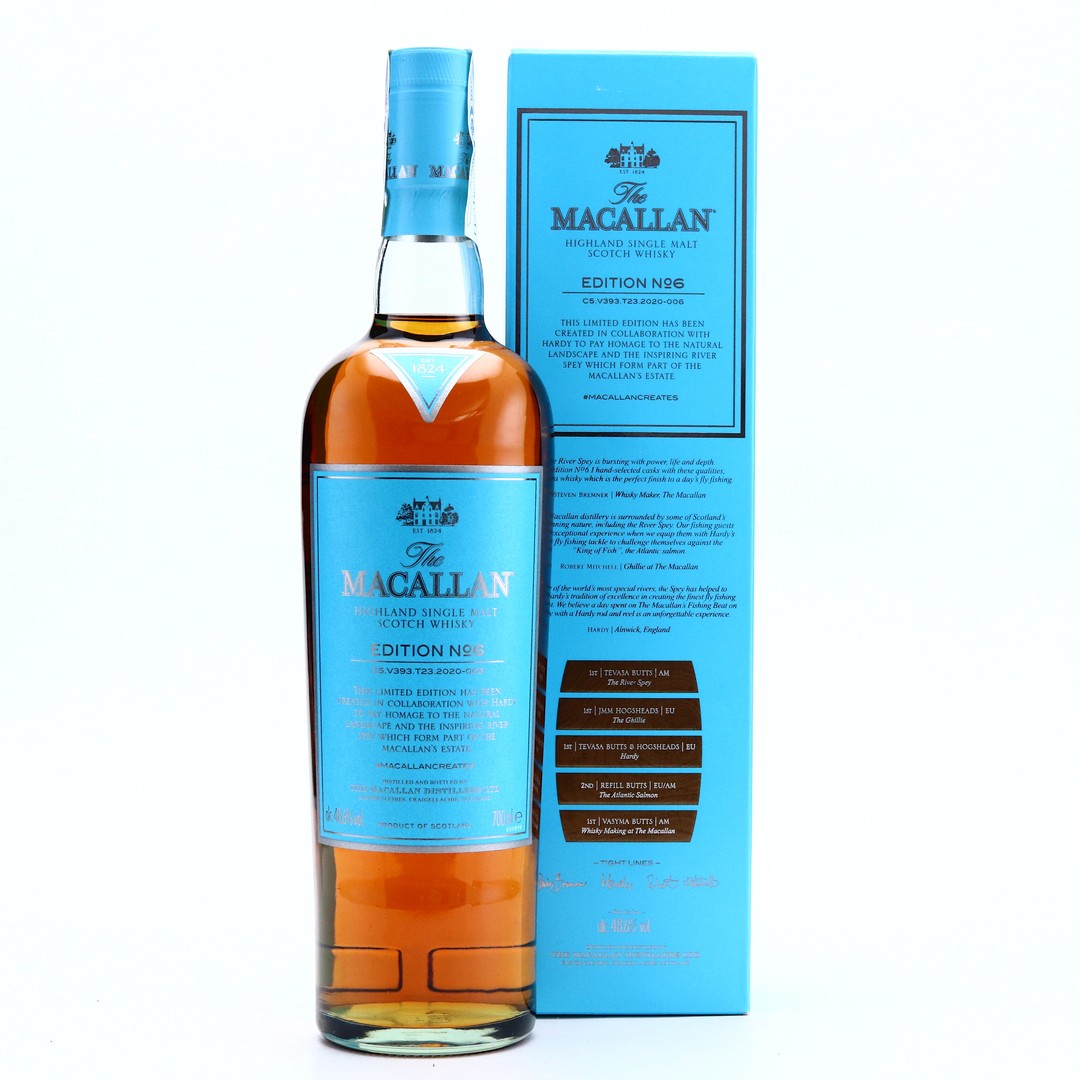 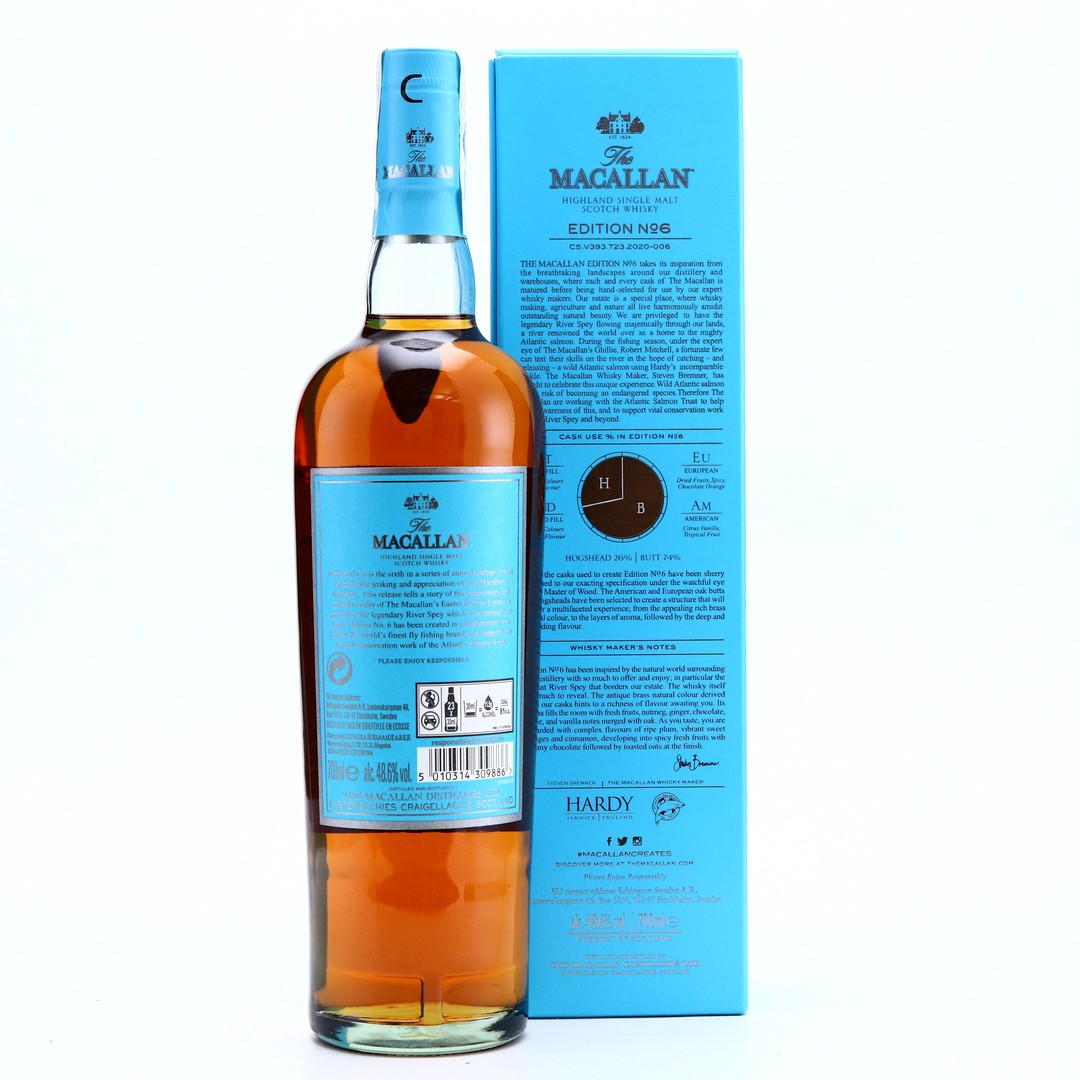 Released in 2020, this is the sixth and final bottling in what was an annual limited release.

Edition No.6 takes inspiration from the landscape around the distillery, including the legendary River Spey which is home to endangered wild Atlantic salmon. Macallan are working with the Atlantic Salmon Trust to raise awareness of their plight, and also the vital conservation work on the River Spey and beyond.

The liquid has been matured exclusively in sherry-seasoned casks - a select combination of first and second fill American and European Oak.