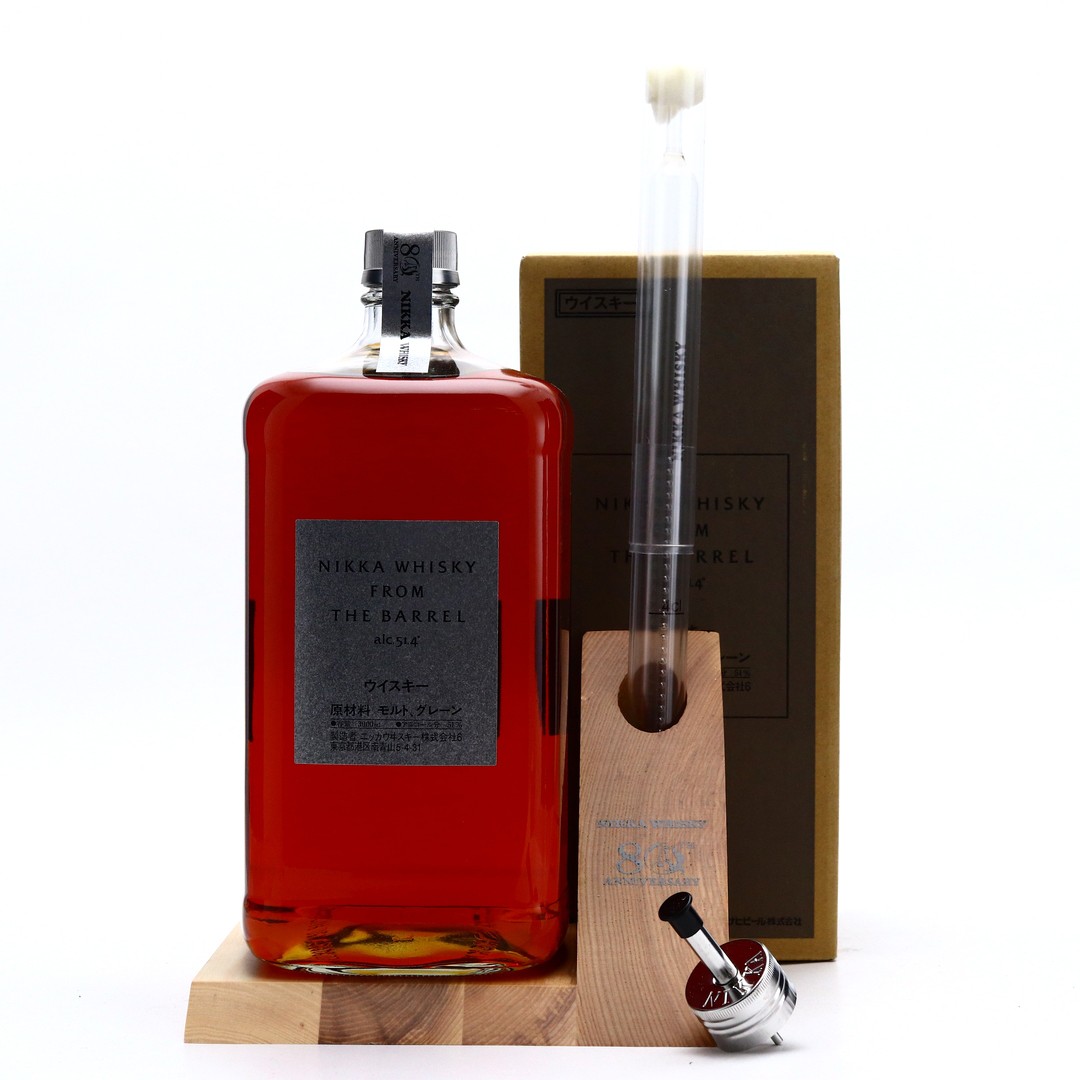 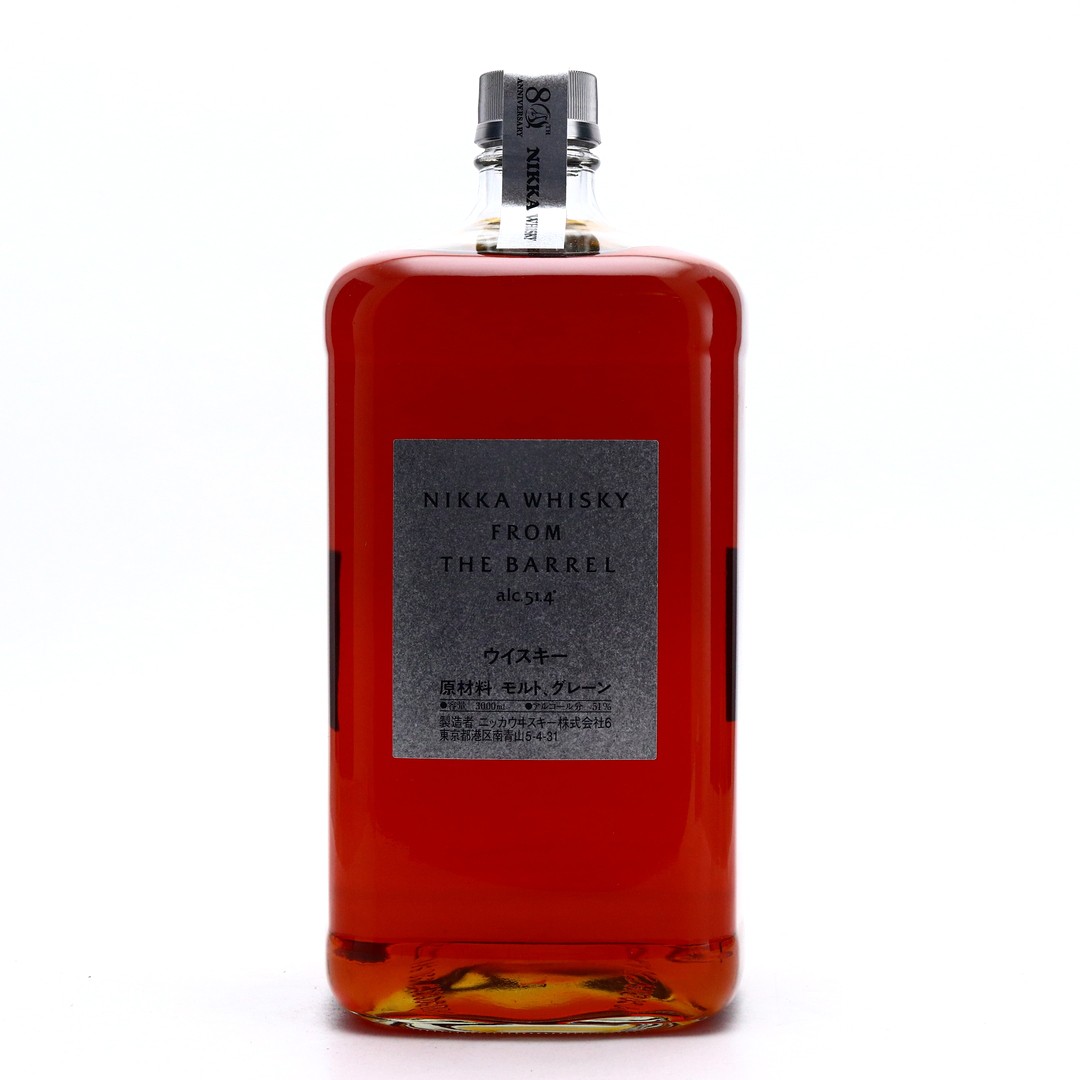 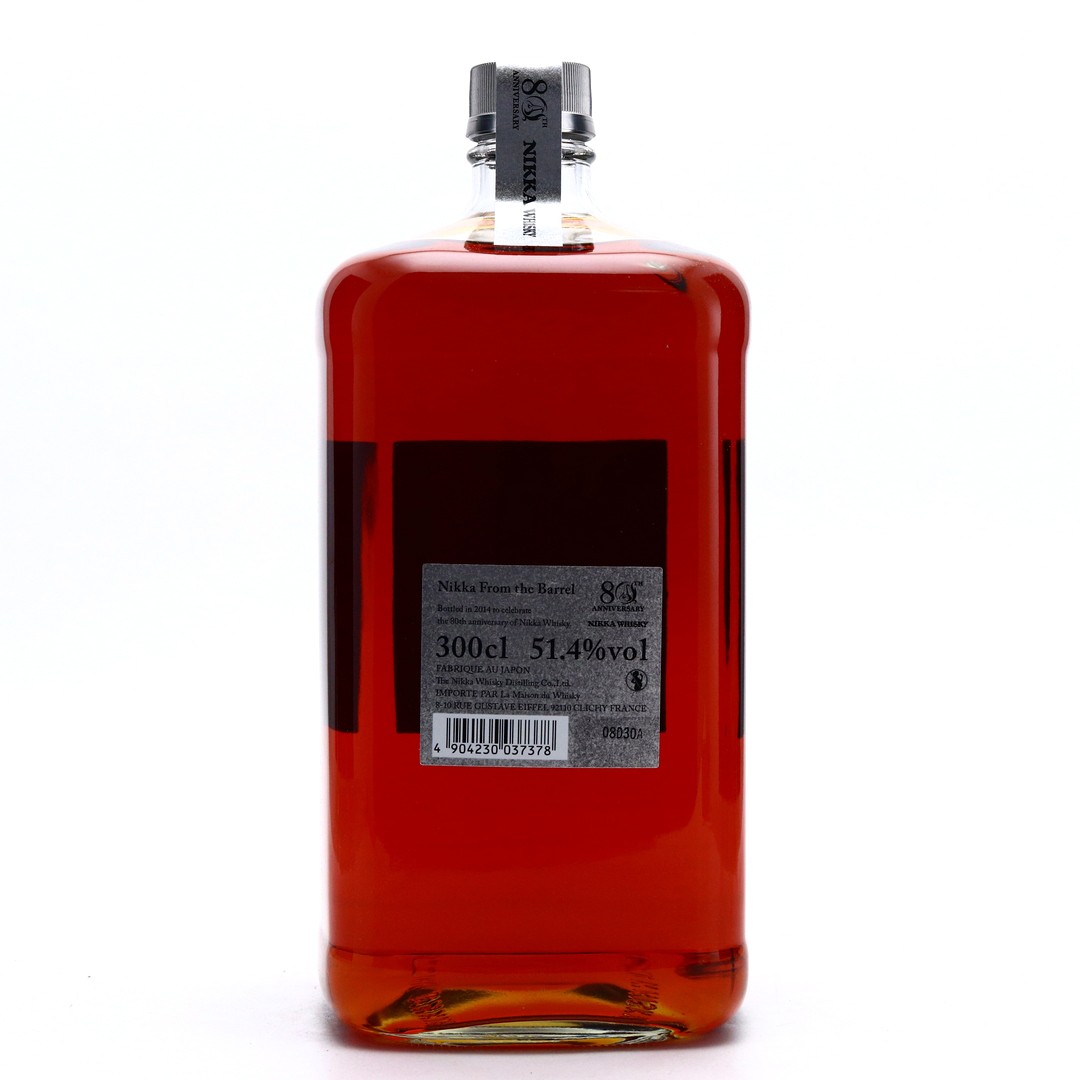 A highly recommended cask strength blend. This 3 litre bottle was released for the 80th anniversary of Nikka and includes a display stand.