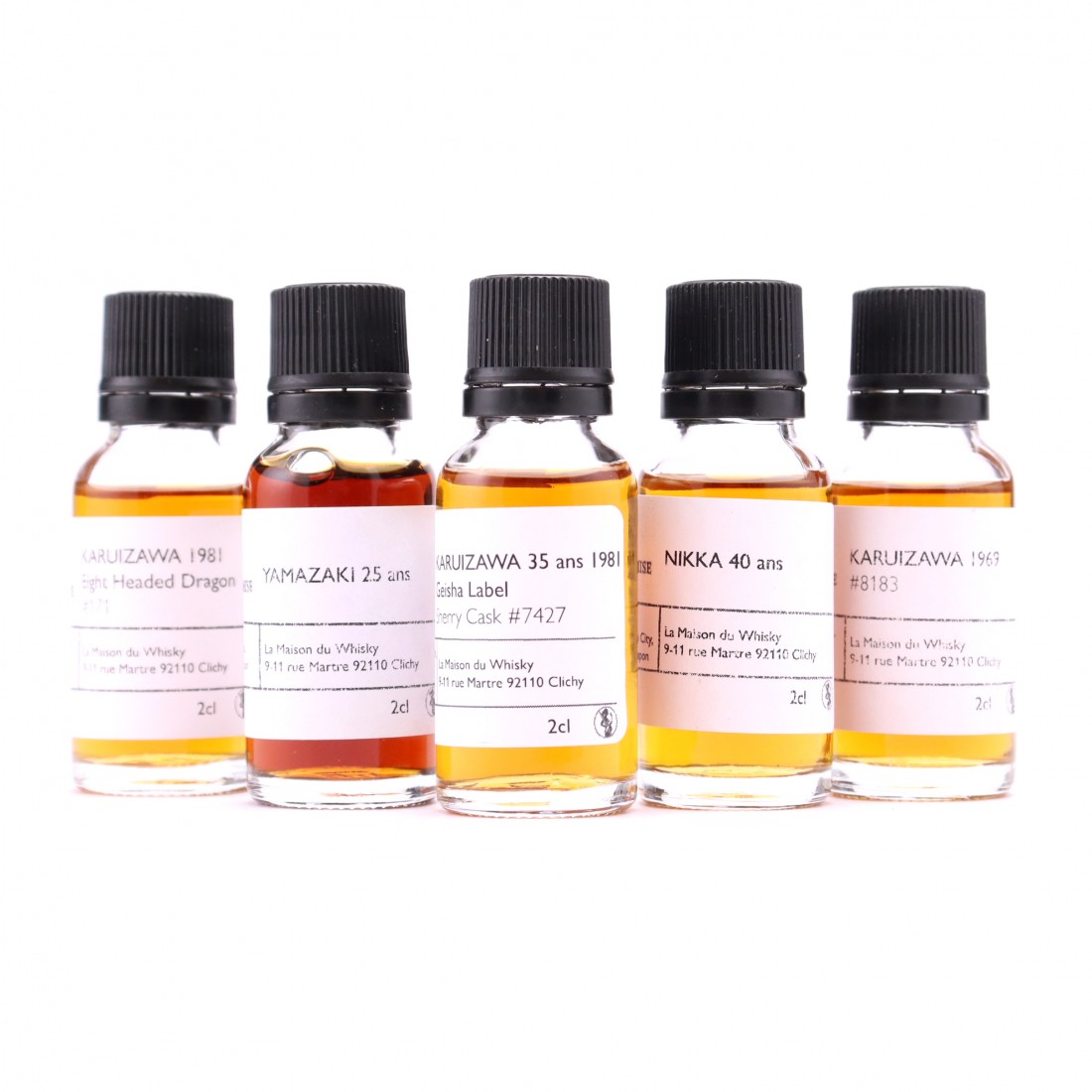 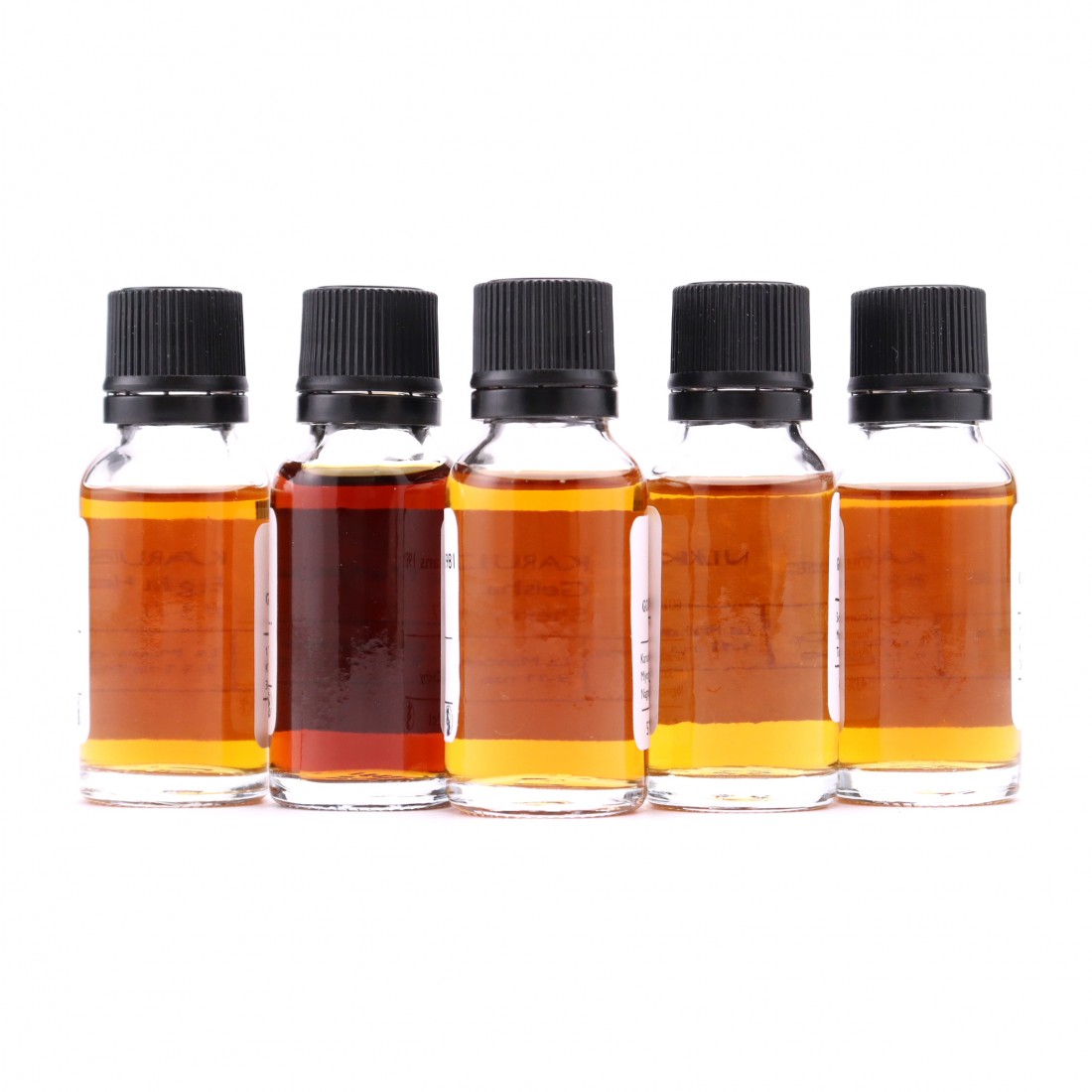 La Maison du Whisky, aka LMDW, was founded in 1956 by Georges Benitah and is now one of the largest whisky and rum importers and distributors in France, and known the world over. They opened their first shop in Paris at the legendary 20 Rue d'Anjou in 1968, importing their first Scotch malt whiskies in the 1970s. They are known for their expertise in not only Scotch, but Japanese whisky and rum too.

This is a set of samples bottles of Japanese whisky from its Golden Promise whisky bar.